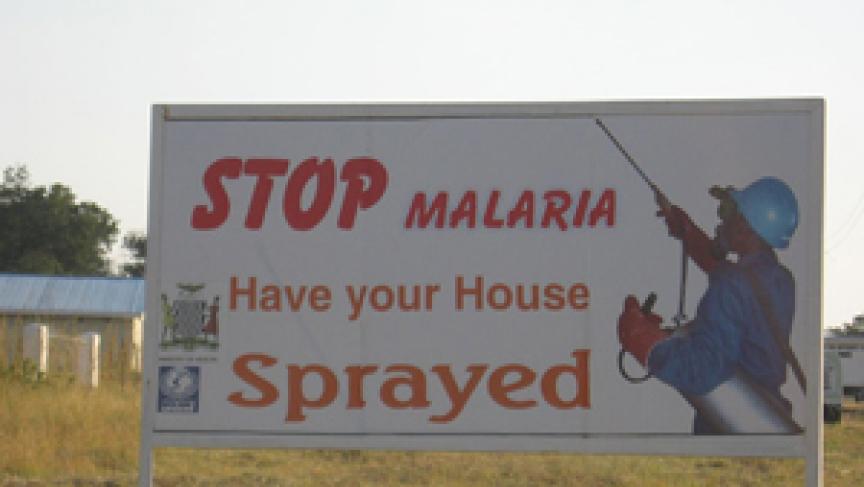 The pesticide DDT has been banned in the developed world for years now. But the treaty known as the Stockholm convention does allow its use for malaria control -- and it's still widely applied in parts of Africa and Asia.

Well, that's set to change, because the World Health Organization has reconsidered its 2006 endorsement of the malaria exception for DDT. The WHO is joining forces with the UN Environmental Program to completely phase out DDT worldwide by 2020.

Brenda Eskenazi thinks that's a good idea. She's an epidemiologist at the UC Berkeley School of Public Health, and has just completed a review of more than 500 studies on the pesticide and human health.

"But the most interesting work is work out of South Africa in a community where DDT was being used using indoor residual spraying where they actually spray the insides of the mud huts to prevent the mosquitoes from lodging on the walls. And they found that the men that lived there had a dose related decrease in semen quality. And it was very profound, but there are also very, very few studies that have been conducted in the communities where DDT is actively being used in the method its being used currently."

In places where it's used to fight malaria, people have much higher body burdens of DDT than typically seen in the west: "Way out of the range of what we see currently in the west. And even what we ever saw in terms of when DDT was used in the United States, partly because DDT is used specifically indoors in the African communities and so the huts are sprayed, people are not in the homes when they are sprayed, but their pots and pans and their beds and their children's toys may still be in the homes. And then the families reenter the homes soon after the spraying, maybe the children are playing on the floor, maybe the children will put their hands in their mouths. So the levels that we're likely to see are going to be so much higher than we probably would have seen in the way it had been used in the United States in the 1960s."

For Asian and African women who might be getting exposed to DDT today: "I think that's exactly the concern that we have. The concern is that we're exposing a population to very, very high levels of DDT now, and we don't know what's going to happen to these women or these men in the future. So in the future we may see, maybe twenty years down the road an increase in breast cancer in these populations, we may see a decrease in fertility sooner in time, but we have a good potential to see something based on the literature that we reviewed."

In 2006, the U.S. was part of an initiative with the World Health Organization to really increase the use of DDT to fight malaria, which Dr. Eskenazi says, "... was not based on good sound science. I think that maybe DDT was an important way to curtail malaria, but we hadn't don the research necessary to know whether other adverse effects are happening from that policy. For example, we have no idea what happens to the populations that are immunocompromised that are living in Africa. Where much of the malaria is high is also the same areas where HIV are high. We have no idea how those people are specifically affected by DDT."

And as for why the WHO is changing its views on the use of DDT: "Well, I think that the World Health Organization now is going back to the Stockholm Convention as it was intended, which is that DDT can be used, but it needs to be phased out. And it seems that UNF and WHO are endorsing and funding efforts that would allow replacement of DDT in the communities that couldn't afford to do anything else, and that's why DDT was in part being used, it was relatively cheap and it was easy. But there are better ways, for example, draining pools of standing water, using different kinds of plants to repel mosquito larva and by clearing vegetation. So there are other things that can be done. And that is where we have to help these communities so that they can step away from use of DDT."