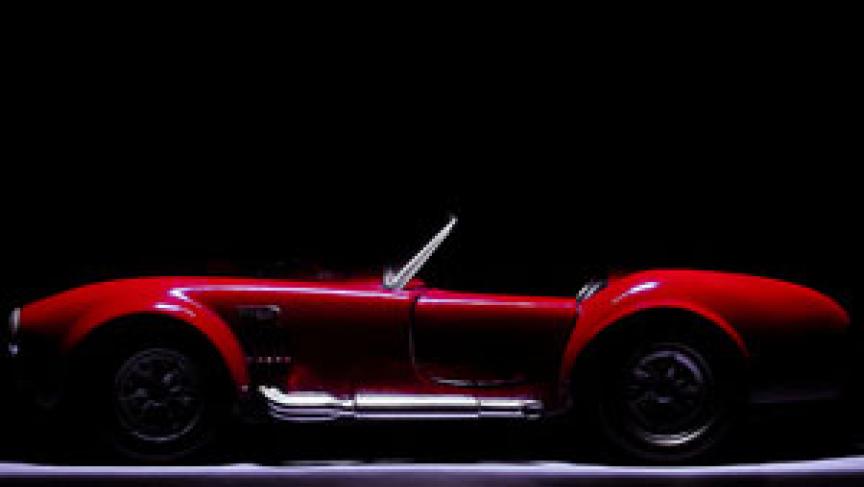 Share
The following is not a full transcript; for full story, listen to audio.
Why do most cars look just like boxes or bubbles?  The Art Center College of Design in Pasadena, which started in 1930, offered one of the earliest degrees in automotive design.  Instructors Tisha Johnson and Blair Taylor explain why car design has changed so little in the last 20 years.

Taylor feels that the problem has less to do with Detroit group-think, and more with legislative issues and aerodynamics.  Certain aspects of design are dictated by guidelines within legistlation that were created to promote safety.

Johnson adds, "If you look at what people find beautiful, we have these certain proportional things that we value, so that is translated across time in automotive designing.  In any form of design that has history, you are going to see proportions that will come up time and time again because they just feel good."
Host Kurt Andersen replies, "Yes, but then I go, as I have, to car shows and rallies and I see cars that I really find beautiful from the 30s, 40s, and 60s.  It seems to me, when you look at the past of car design, extraordinary, beautiful things broke through the design process more frequently than they have in the last 20 years."

Taylor responds humorously with, "I think all of the ugly cars just disappear."

New manufacturing techniques will also allow new designs to become reality.  The once all-powerful influence of Detroit over auto has diminshed to a point where smaller manufacturers, no longer needing to be part of the "Big Three," are able to conceptualize and realize cars -- something the industry could not have supported even 20 years ago.

Down the hall, some students have an assignment, sponsored by Ford.  They are designing vehicles that are supposed to have big interior space and good aerodynamics.  Students Ben Messmer and Lili Melikian about the prototypes they're working on.

Their prototypes incorporate renewable energy and efficiency.  Melikian says, "I think that's just become a really big concern for us in the last couple of years because of the fuel shortage.  But, I feel that it should have been a consideration from the get-go.  We are trying to play catch-up in this industry."

A peculiar back up feature that may not have been considered even one year ago that has been incorporated into the designs in the notion of the vehicle becoming a home.  Messmer says, "What if the vehicle itself became the housing?"

He points to some interviews with people that have the old Volkwagen campers; those respondents all indicated that they would have the option, if need be, to live in the vehicle.  "In all of these interviews, one of the funniest things that came up is that almost everybody that I interviewed bought the vehicle first for surfing, have taken their families on adventures, in the vehicle, and thirdly, so many people said that it's also a type of insurance of last resort."