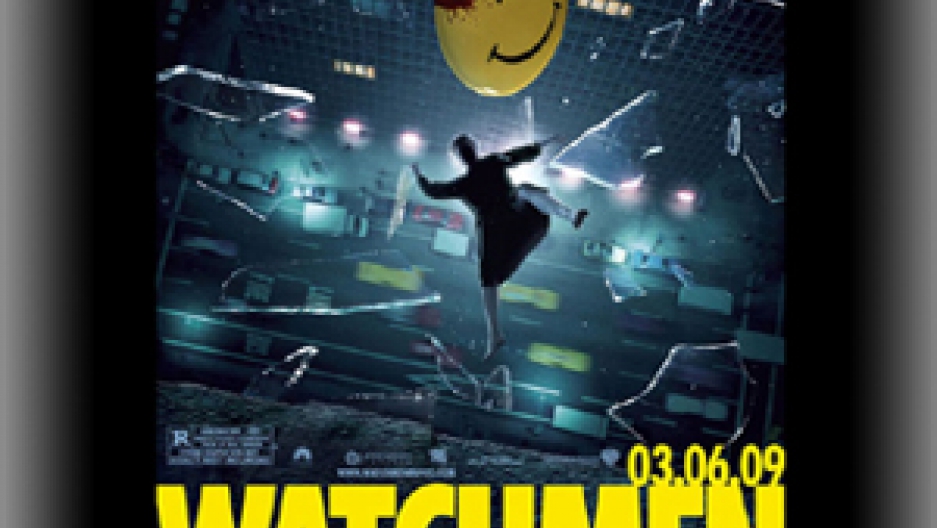 This weekend there is an entirely different kind of buzz in theaters around the superhero film "Watchmen," a pretty serious and potentially depressing superhero film.

"Watchmen" is based on an ambitious graphic novel that was considered groundbreaking in 1986.  Is it coming out a little to late?

It is easy to be disappointed as a comic book fan.  Take the Batman movie "Dark Knight."  It earns a billion dollars, gets great reviews from critics, and it doesn't crack the top oscar nominations.

Comic book fans have had a chip on their shoulder about this for exactly 23 years.  That is when Allen Moore's graphic novel "Watchmen" was published.  It broke all of the rules about superheroes.

"The superheroe was designed not to be about compromise; it's about good punching evil in the jaw.  There is just black and white.  They didn't even create greys back then."

"Watchmen" was nothing but shadse of grey, according to Brad Meltzer, a graphic novelist.  He loves "Watchmen" because it has the depth and nuance of a "real novel."

Hollywood started developing the film 20 years ago.  But, it is hard to commit $100 million to a movie about moral ambiguity.  It say in movie purgatory for 20 years.

In the meantime, another film borrowed the premise of retired superheroes:  "The Incredibles."   And then "Ironman" comes out, and it deals with a war -- the real war that we are still fighting in Afghanistan.  The television show "Heroes" gives superheroes mundane problems.  And, "Dark Knight" explores whether Batman is contributing to the chaos in Gotham City.

In other words, "Watchmen" got scooped.

Brad Meltzer says we should think of "Watchmen" like the 1960s band Velvet Underground.  There is an old rock cliche that only 1,000 people bought their first album, but every one of them started their own rock band.  Meltzer says "Watchmen" had the same impact on a generation of young, creative minds.

"All of those 15-year-old kids are all now in their 30s, and they're all working on shows, and novels, and movies, and all of these other things that you see every day.  But, you just never knew about what their idea of the greatest idea was.  Now, suddenly the rest of the world gets to see what it was."