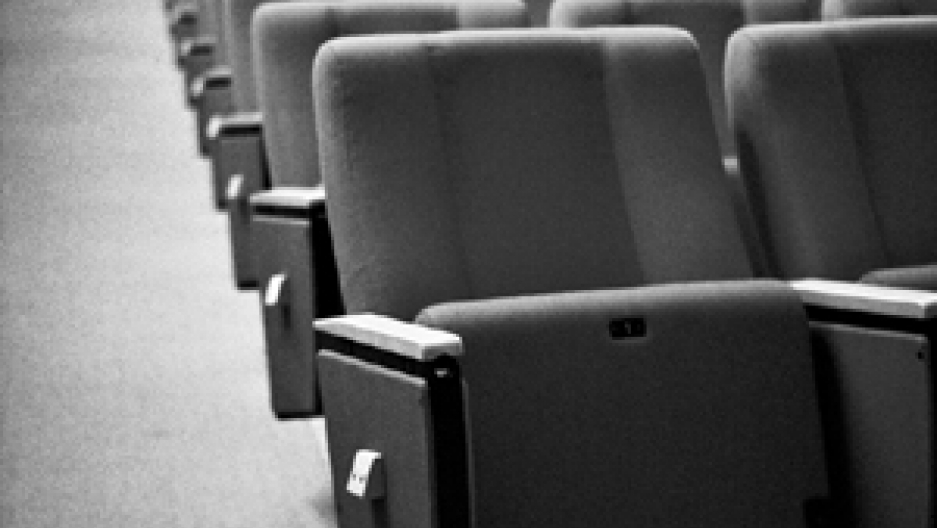 What to see on the big screen this holiday season?  Yes, there is the vampire film "Twilight," a wonderful metaphor for delayed gratification.  Because, as young people are learning through this film, a lot could go wrong when you kiss a vampire.  But have you heard of the other vampire flick, "Let the Right One In"?

And maybe you enjoyed the light romp "Four Christmases", but what about coming over to the darker side of family holiday films with "A Christmas Tale".

Burr says there are terrific alternative films this holiday season.  One such film is "Slum Dog Millionaire".  It stars Jamal Malik as a poverty stricken young man in India who goes on the Hindi version of "Who Wants to Be a Millionaire".  Burr says, "This is a film that is a tough sell.  It has no stars, it's set in a foreign country, a third of it is in Hindi.  It is easily the most enjoyable film I have seen all year."

"Wendy and Lucy" stars Michelle Williams and is set in the Pacific Northwest.  It tells the story of a woman and her dog driving up to Alaska only to be plagued by problems on the way.  "She falls through the cracks.  It is about how easy it is in this country to disappear."

"Let the Right One In" is a Swedish telling of a vampire story.  "This one is about a 12-year-old girl vampire who moves next door to a 12-year-old boy who is being bullied at school.  It is set in Sweden, in the winter.  Shortly after she moves in with her father, or what seems to be her father, people start turning up dead in the neighborhood.  'Twilight' is a movie that you could take your grandmother to, or your younger sibling.  This is not the case with 'Let the Right One In.'  This is a real vampire movie; its also an emotional love story that is genuinely disturbing."

"Frost/Nixon" is a fictionalized account of the 1977 interviews that the disgraced President Nixon did with the British talk show host David Frost.  "The interview itself in 'Frost/Nixon' takes up the last half of the film; the first half is all of the run-up as David Frost, who is considered this absolute lightweight, tries to arrange this interview and pays $2 million out of his own pocket to get Nixon to sit down and that's all about the strategizing and politicking of getting this interview to happen."