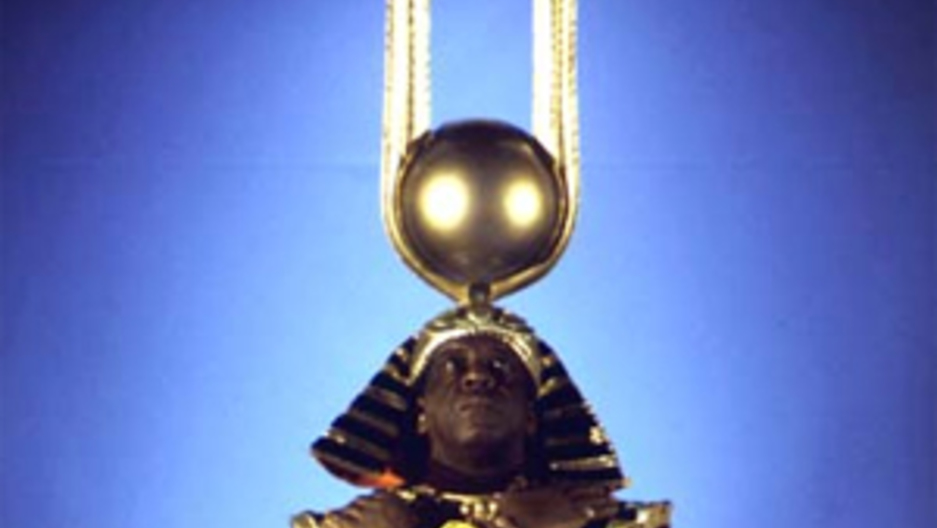 Back in the 1930s, friendly aliens from Saturn made contact with a black American jazz musician named Herman Poole Blount.  According to Blount, the aliens asked him to channel the truths of the universe through music.  And, a couple of decades later, Blount renamed himself Le Sonra, which was then shortened to Sun Ra.  He formed an elaborately costumed big band called the Arkestra.

This band featured many great players through the years, some of them dedicating themselves almost entirely to the pursuit of Sun Ra's vision.  Few other bands have been able to maintain personnel in this fashion, perhaps with the exception of alto sax master Johnny Hodges and baritone sax player Harry Carney with the Duke Ellington band and guitarist Freddie Green with the Count Basie Orchestra.  One of Sun Ra's tenor sax players, John Gilmore, is a noted influence on another tenor sax giant, John Coltrane.

There is a significance in the naming of the band the Arkestra.  Tricia Rose, a professor at Brown University, explains, "Being named after the Ark is really interesting when you think about travel, and of being taken away to a better place."

Rose says that Sun Ra is part of movement called "Afro-Futurism."  She says that this fantasy of escaping earth probably has its roots in slavery.  "Listeners may wonder, 'Does everything have to do with slavery?'  But, I think that there is something about that watershed moment around a sense of 'How can I see myself somewhere else?  Can I either get back home, or can I get to another place?'"

In one of the several films that feature Sun Ra, he is recorded saying this about Earth:  "The music is different here.  The vibrations are different, not like planet earth.  Planet Earth sounds of guns, anger, and frustration.  There was no one to talk to on planet Earth that would understand.  So we set up a colony for black people here."

"He is like a space-age Pharoah.  And again, I think this is very important:  a kind of pan-African vision of remembering your origins, and imagining a future that honors those, but moves forward," says Rose.

Funk icon George Clinton is another professor of Afro-Futurism.  With his bands in the 1970s, Parliament and Funkadelic, Clinton furthered some of the imagery that Sun Ra had established in the prior two decades.  He took things a step further with the ultra-elaborate stage props, including an spaceship from which he descended, and extravagant costuming.  The record sleeves on the bands' releases served as a showcase for both.

Rose continues, "One of the most exciting things about African American music in the 20th century is its constant harnessing of new technologies."  Sun Ra did this with some of the earliest electric piano playing featured on jazz recordings; George Clinton's band featured cutting edge synthisizers and the wild electronics of enigmatic bass player Bootsy Collins.

"Certainly you see it in Afrika Bambaataa, another major figure.  He is sort of the grand-daddy of hip-hop in many ways.  Born and raised in South Bronx, he goes to Africa and has this huge sense of connection both to the past, but again a sense of making the past come alive in the future.  So, he dresses as a late-20th century imaginary of what Zulu culture would be like--half-futuristic, half-African traditional gear."

"Imagining places where, as Sun Ra would say, there is not the sounds of guns, where there is much less frustration, and the vibrations make people feel good and connected is really important.  Having a place of connection, right?  'Mothership Connection,' where people care about each other.  That's what really matters."