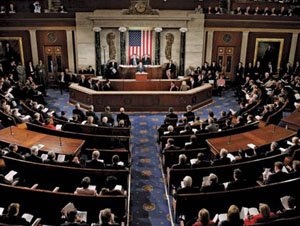 With the big picture of what's going on in the congressional races around the country, Todd Zwillich joins "The Takeaway" from "Capital News Connection" in Washington, D.C.

Zwillich breaks down the races he's watching today: "... well there are 435 of them. So let's talk about all of them. Just, just kidding.

"I've boiled it down to just a few that I think are interesting. Let's take it right to left real quick, East Coast to West Coast. Connecticut 4th District is Chris Shays, the Republican. He is in a dead heat with a guy named Jim Himes. If Shays loses, there are no Republican members of the House left in all of New England. He's the last one.

"Then you've got the Minnesota 6th District is Michelle Bachmann. She's a freshman, one-term incumbent. She was way ahead until she made some comments on MSNBC suggesting that the media investigate members of Congress who have anti-American ideas. After she did that, money poured into her opponent, and now they're in a dead heat.

"We've talked before about Lee Terry in the 2nd District of Nebraska. He's a little bit ahead, but Obama's been pouring money into that district 'cause he can take an electoral vote out of there. So Terry is fighting hard.

"Wyoming is a neck-in-neck race between Republican Cynthia Lummis and Gary Trauner, who's a Democrat. If that went Democratic, well, imagine an at-large seat in Wyoming going Democratic, Dick Cheney's home state.

"And then one state in Washington — one race in Washington, I think, that's interesting is the 8th District. Dave Reichert is a four- or five-term incumbent against a woman named Darcy Burner. He was way ahead but she surged recently, and she now leads by four to five points. So he could lose that seat."

As for whether there a congressional race that is a bellwether for the national White House race: "For the natuional — you know, some people say it's Souder in Indiana ... 'cause Obama's fighting so hard for Indiana ... that's the 3rd District, [Evansville].