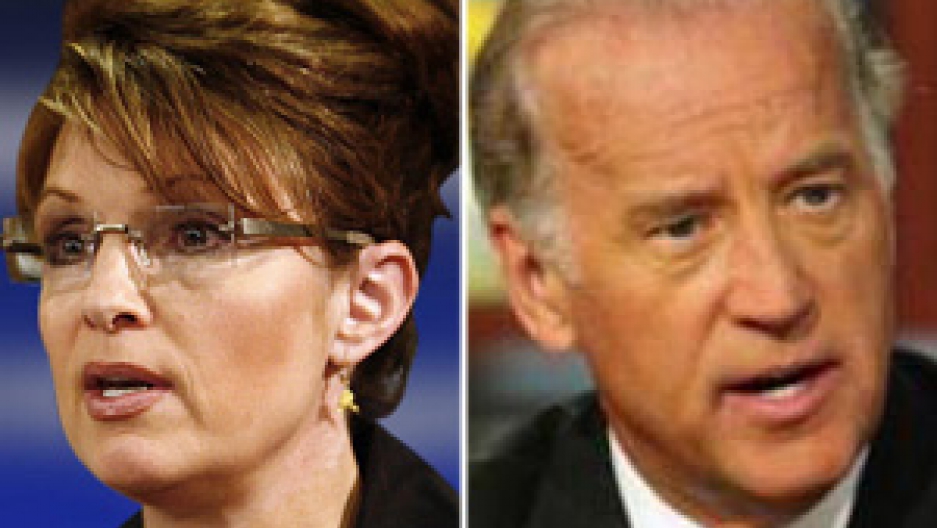 Sarah Palin has fired up the base of the Republican Party, but after recent interviews, even some conservative pundits say she's not qualified to be a heartbeat away from the White House. Tonight, she'll face off with Senator Joe Biden, who's built his own reputation for foot-in-mouth disease. On "To the Point" -- a look at the prospects for a vice-presidential debate that might really matter in next month's election.

Political junkies -- and much of the rest of the country -- will be focused tonight on St. Louis, Missouri, where Alaska's first-term Governor Sarah Palin will debate 36-year Senate veteran Joseph Biden. Palin won't be the only loose canon; Biden is capable of the kind of gaffe that leads to lasting impressions.

While the latest polls show that Palin's recent interviews have dulled the shine on her brilliant appearance at the Republican convention, past opponents say she can appeal directly to voters who don't care about facts, figures and policies. In the meantime, she's been boning up. Past vice presidential debates have produced fireworks that turned out not to matter come the November election. Will this one make a difference for John McCain or Barack Obama?