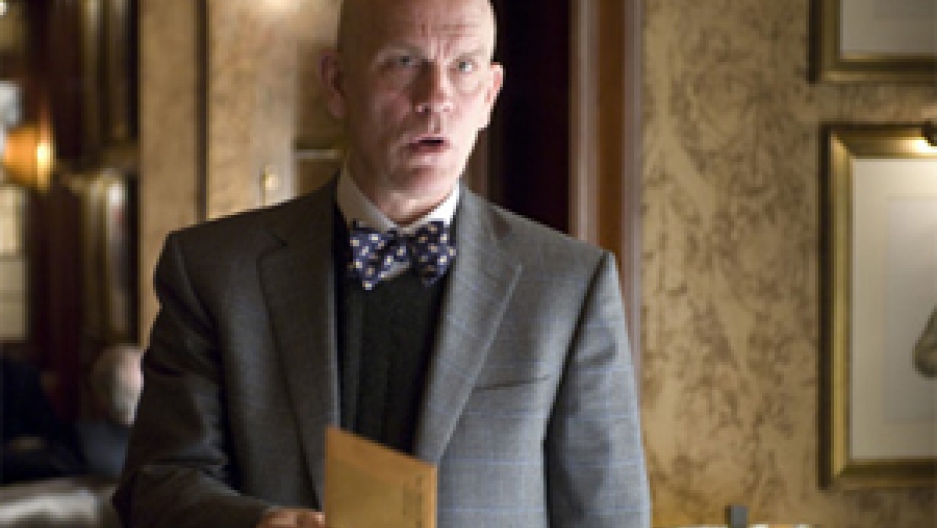 The Coen Brothers' new movie, "Burn After Reading," opens this weekend.  It starts off as a spy thriller set in the CIA. But, pretty quickly, it turns into classic Cohen Brothers slapstick, sort of like "Fargo" and "The Big Lebowski;" a crime comdedy with these bumblers who have gotten in way too deep.

One of the film's stars, John Malkovich, says there is but one kinship in his own life and his character, Osbourne Cox, a CIA analyst.

"Well, yeah, there is one.  But its just he's pretentious. He might even be more pretentious than me, if such a thing is imaginable," Malkovich says dryly. "No, I don't feel much kinship with him. He is a kind of a typical alcoholic, someone who feels very victimized. Sort of under-appreciated, mid-level, really nothing. He's somone who obviously feels he was destined for greater things."

Host Kurt Andersen asked Malkovich why Hollywood seems to cast him regularly as a "jerk."

"I think in Hollywood, your product is essentially, we could either say it is what you do well, or its what an audience likes to see you do."  Malkovich continues, "For years I was always asked to play sort of cold intellectuals, which I am not either of those things. Probably the only person I ever vaguely resembled was either Lennie in 'Of Mice and Men' or Klimt."