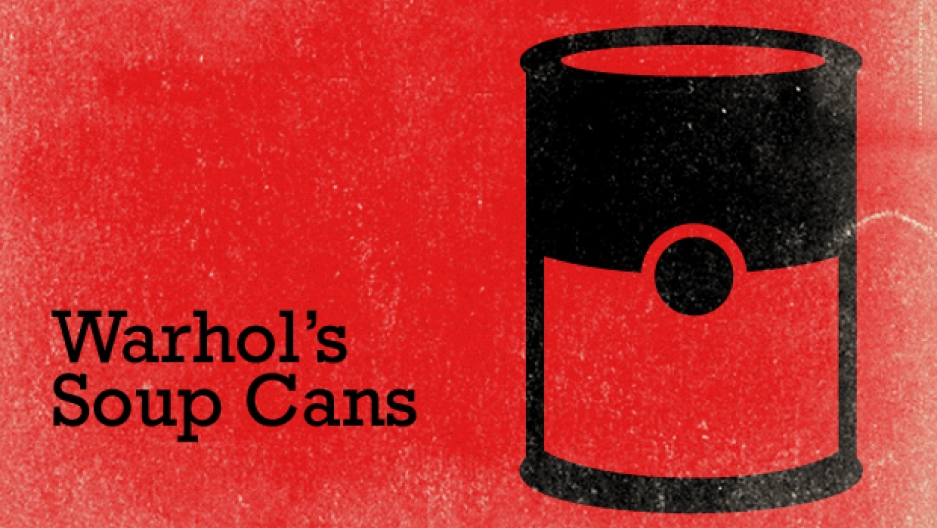 The soup cans are probably the most recognizable images in American art, and Warhol intended it that way. He borrowed the Campbell's brand fame to help make his own; he appeared in Time in 1962 as part of the Pop revolution that was remaking art --- destroying the serious, sublime aspirations of artists like Jackson Pollock and Mark Rothko. Warhol was doing Campbell's soup at the same time he was painting Marilyn Monroe and Liz Taylor. In his art, Campbell's was a "star" like a movie pinup.

But as obvious as they look, the paintings are still mysterious today: Why paint something you can buy in a grocery store? What did Warhol mean? Studio 360's David Krasnow looked for answers, as part of our ongoing series on American Icons.