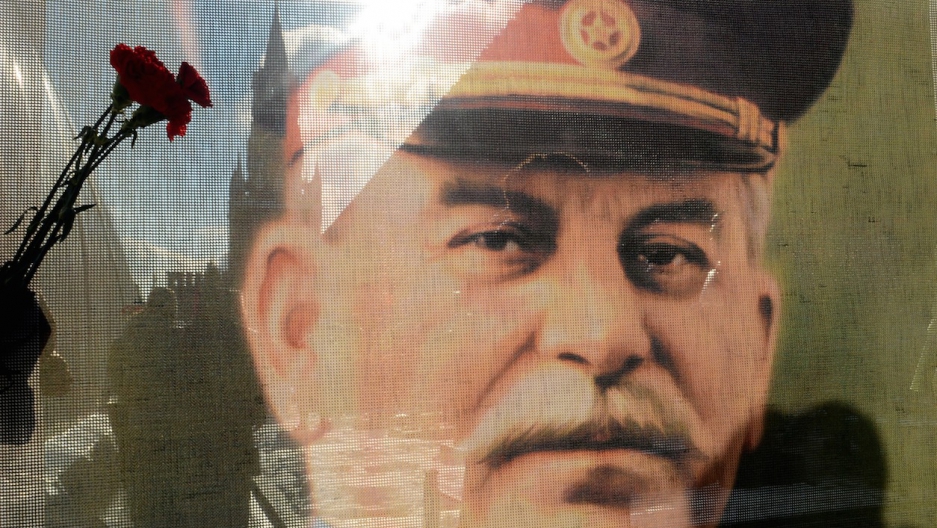 KYIV, Ukraine — He killed or imprisoned millions of his own people and lorded over one of the most repressive regimes in recent history. He’s also been dead more than 60 years.

But none of that has stopped Soviet dictator Josef Stalin’s public approval boost in Russia, where patriotic sentiment has been on the rise under President Vladimir Putin.

Some 45 percent of Russians now say the sacrifices borne by the Soviet population during Stalin’s rule — read: the Gulag, the “Great Terror” and mass repressions — were justified, according to fresh figures from the Levada Center, a respected pollster. That’s up from 25 percent in 2012.

A similar Levada survey in January found that more than half the population thinks the mustachioed strongman played a “positive” historical role.

Stalin, who ruled the Soviet Union for three decades until his death in 1953, has long been admired in Russia’s more conservative circles for winning World War II and boosting the Soviet Union’s economic might.

Detractors, meanwhile, point to the hefty price: He sent millions of Soviet citizens to labor camps on trumped-up charges, all to consolidate power through fear and hurl his country toward breakneck industrialization.

During the Great Terror of 1937, around 1 million people were executed or imprisoned.

These days, Russia’s showdown with the West over Ukraine has resulted in a more widespread sense of patriotism that’s closely tied to the Soviet victory over Nazi Germany, especially since many believe the Moscow-backed rebels there are fighting “fascist” Ukrainian troops.

Some rights activists, like Nikolai Svanidze, an influential journalist and member of the Kremlin’s human rights council, worry the brutal Soviet dictator is being “rehabilitated” before Victory Day next month, one of the country’s most popular holidays.

Communist lawmakers have agreed with local authorities in several cities across Russia to rename streets and erect statues in honor of the dictator to mark the 70th anniversary of the Soviet victory this year, local media reported.

Meanwhile, the Russian Military Historical Society — led by Russian Culture Minister Vladimir Medinsky — is set to open its own Stalin museum in a village northwest of Moscow.

In Perm, some 700 miles east of Moscow, the new management of a museum built around Russia’s only remaining Stalin-era prison camp is taking flak for shying away from criticizing Stalin’s Gulag.

Late last year, Putin even publicly defended the 1939 pact between Stalin and Adolf Hitler, which paved the way for the Soviet Union to invade the Baltic countries of Estonia, Latvia and Lithuania.

All that talk is particularly worrying for critics who say the Kremlin is resurrecting Stalinist rhetoric to crack down on domestic dissent.

One example: painting opposition-minded Russians — such as politician Boris Nemtsov, who was shot dead near the Kremlin last month — as “enemies of the people” who collude with foreign powers to destroy Russia.

Analysts say it’s all proof that Russians are clamoring more than ever for an iron-fisted ruler.

“In today’s climate of confrontation, people want to see a strong leader, even if not always humane, which is why attitudes toward Stalin are improving, as evidenced by the results of various polls,” Alexei Grazhdankin, deputy director of the Levada Center, told the Kommersant newspaper on Monday.