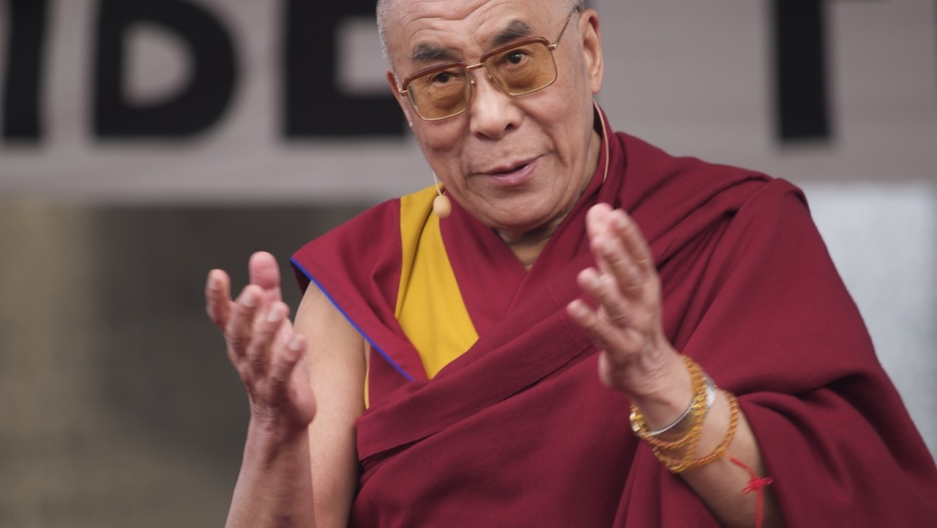 The Dalai Lama speaking in Berlin in 2008

That's the message from Kaydor Aukatsang, the representative of the Dalai Lama to North America. He warns that Tibet’s spiritual leader's age should worry both Chinese and Tibetans.

"He's still very much active and he's still able to both physically and mentally," says Aukatsang.  For decades the now-80-year-old 14th Dalai Lama, has been advocating a "middle way" resolution to the conflict with Tibet. This involves autonomy from the People's Republic of China. Now Aukatsang says the fear is China can "run out the clock" and deal with a new leader who will capitulate to Chinese authority.

"In a very ironic way, even though the Chinese government goes to great lengths to ridicule and to villainize His Holiness, but they are as invested in ensuring that there is a 15th Dalai Lama as we are."

The officially atheist Chinese government insists it has the right to approve the next Dalai Lama. When the Chinese government last March said it would be the one to decide who's going to be the next Dalai Lama, the Tibetans lashed out. "It’s like Fidel Castro saying, ‘I will select the next Pope and all the Catholics should follow,'" said the Tibetan prime minister in exile, Lobsang Sangay.

What is the Dalai Lama's plan for choosing his successor?

In 2011, the Dalai Lama laid out three possibilities, explains Aukatsang. “One, there would be the traditional method of selection, which is very time tested, which has been a Tibetan process throughout history. This involves identifying a young child who is believed to be the reincarnation of the current Dalai Lama. Then there's also the possibility of appointment where you have a council of senior Tibetan monks as spiritual figures who come together, very much along the lines of how the Pope is appointed."

There was also the surprising third option — the Dalai Lama suggested emanation instead of reincarnation. "This is the one which I think really scares the Chinese government," says Aukatsang, "because through this process, His Holiness can essentially identify and select someone while he still is alive.”

As for concerns that a new approach may result in the dismantling of the Dalai Lama institution as a whole, Aukatsang says that's unlikely.

"As a Tibetan, we are very, very optimistic that there will be a 15th Dalai Lama."