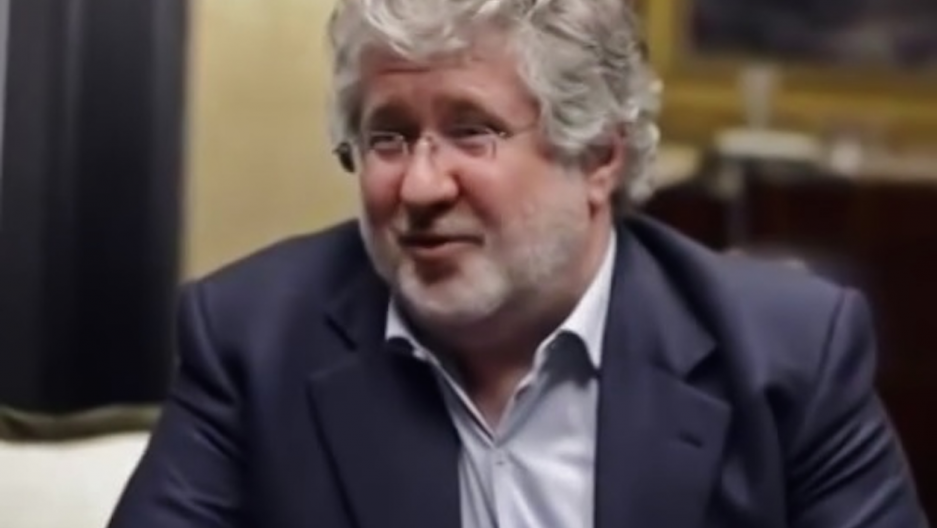 Kolomoisky was a powerful oligarch, notorious for ruthless business tactics and backdoor influence over Ukrainian politics. Last year’s pro-democracy revolution was supposed to rid his kind from politics — not thrust them back into power.

“But strangely enough,” Shalenny says, “everything ended up completely different.”

The billionaire quickly became a brash governor who won over his constituents. He and his team stamped out a local pro-Russian protest movement. They funded Ukraine’s war effort against Moscow-backed insurgents in the east. And they helped turn this industrialized hub into a bastion of patriotism.

That’s why some here were dismayed when President Petro Poroshenko fired the portly tycoon in late March, part of what analysts say is a government crackdown on oligarch influence in Ukraine. The episode is the most serious showdown in Ukrainian politics since last year’s revolution.

Critics in the capital Kyiv demanded Kolomoisky’s ouster after he attempted to seize control of two state-owned oil companies last month. They say he represents the worst of Ukraine’s corrupt political culture, in which powerful business interests dictate policy.

But here in his native city, he’s still popular.

He was first appointed amid the power vacuum that followed last year’s bloody revolt in Kyiv against former President Viktor Yanukovych.

As Moscow prepared its seizure of Crimea, pro-Russia protests fanned out across southeastern Ukraine. The eastern regions Donetsk and Luhansk were soon gripped by separatist fever, but the nascent pro-Moscow movement here in Dnipropetrovsk was quickly defused by Kolomoisky’s team, which includes other local businessmen, through a mix of coercion and compromise.

When open war broke out in eastern Ukraine, Kolomoisky created a paramilitary battalion that joined the fight and kept Dnipropetrovsk safe from rebel incursions.

He had flair, too: Kolomoisky once taunted Russian President Vladimir Putin by calling him a “schizophrenic of short stature.” He offered $10,000 bounties for captured pro-Russian insurgents.

“People understand that this person came here to ensure stability,” said Stanislav Zholudev, a local political analyst. “Against the backdrop of the chaos that started in other regions, that instantly earned him a colossal credit of faith.”

Not only did Kolomoisky appear to stop the war next door from spreading, but supporters say his tenure was accompanied by an upsurge in civic patriotism.

Volunteer groups sprang up to aid the war effort. The city’s Mechnikov Hospital became a leading treatment center for the war wounded. The Ukrainian flag began gracing windows and lampposts across town.

“The main thing for me is that Dnipropetrovsk was given back its flavor, colors and scent,” said Gendin, who is close to some members of the former administration.

But Kolomoisky’s many critics urge his sympathizers to think twice. He may have answered the call to arms, but in politics, his critics say, he’s still playing by the same dirty rules that gave the country’s oligarchs a bad name.

When parliament passed legislation that ultimately severed his control over two state oil companies last month, he dispatched armed guards to the companies’ offices in a brazen show of force.

Not only that, but he cursed out a respected reporter from Radio Liberty, a US-funded news agency, when the journalist asked about it on the scene of the first raid.

“You’re f***king sitting here with your ‘Liberty’ and keeping watch like a f***king chick over her unfaithful husband,” Kolomoisky said.

The raids led to a public falling out between him and Poroshenko, the president, who fired him shortly after.

Serhiy Leshchenko, a journalist-turned-lawmaker with the president’s party, believes Kolomoisky should’ve been punished long ago.

Among the oligarch's many perceived transgressions, the journalist believes, was failing to pay his share of dividends into the state budget through those companies.

“He violated the law and his oath as a government official,” Leshchenko wrote in the Kyiv Post last week.

The governor has repeatedly denied accusations that he acted illegally, insisting he was protecting the companies from a takeover by his political opponents.

For now, Kolomoisky seems to have patched things up with Poroshenko. The two held a joint news conference here after the governor's ouster, while his team staged a unity rally to assuage fears of a political crisis.

Local residents attend a pro-Ukraine demonstrated organized by Ihor Kolomoisky, the billionaire former governor of Dnipropetrovsk, and his team.

Leshchenko and other prominent Kolomoisky critics hope the billionaire’s sacking will mark the beginning of a greater trend of “de-oligarchization.” Ukraine’s key Western donors want the same.

Political analyst Zholudev, who heads the local branch of the Committee of Voters of Ukraine, says Poroshenko would be wise to tread lightly around Kolomoisky, who remains hugely influential.

Further public attacks against the former governor might have serious consequences, he adds.

“Kolomoisky, in unilateral fashion, will then simply tear up the gentlemen’s agreements with the president and start to act openly and harshly [against him],” Zholudev said.