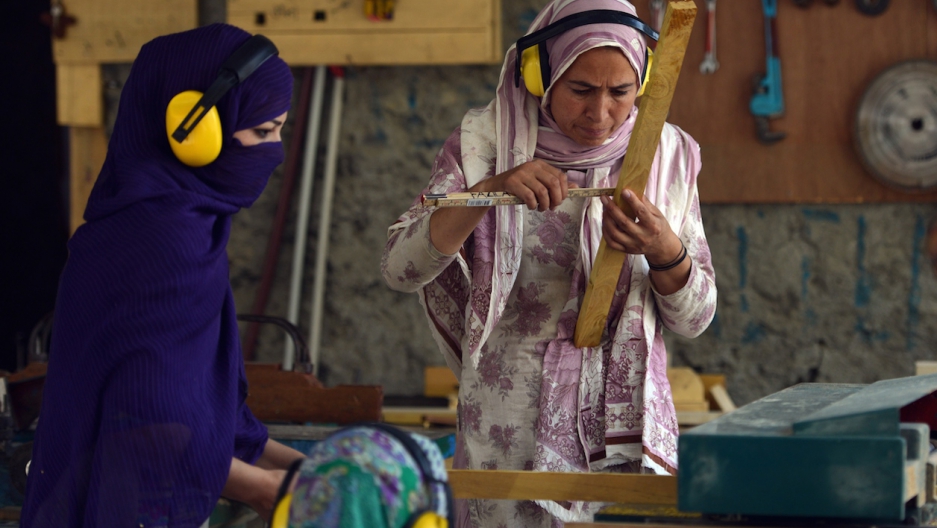 According to the writers on "Homeland," Pakistan is a country full of terrorists with wild beards, invisible women cloaked in burqas, urban squalor, and people who speak Urdu in a near unrecognizable accent. From the Pakistani perspective, it would be funny if it weren’t perpetuating the same old stereotypes.

It’s gotten so bad that real-life Pakistani officials sent a formal complaint to the show's producers. The officials were especially upset that the show portrayed Pakistanis as nothing more than terrorist sympathizers.

In reality, more than 50,000 Pakistanis (and counting) have died in terrorist attacks since 9/11. The vast majority of the country lives in fear of terrorist activity.

Pakistanis are used to this. Pakistan is featured almost daily in the global news cycle. And it’s almost always about terrorism and violence. Few people, the writers on "Homeland" included, seem to know much else about the country.

And there is so much more.

I'm a British Pakistani journalist. I have being traveling to my motherland since I was a child. Over the past two years, I've mostly been living and working in Pakistan, reporting all over the country. While I write often about issues related to terrorism, violence and displacement, in the last few months I've been turning my attention to the other Pakistan, the one that's rarely shown in Western media.

Here are just some of the things that you won't see on "Homeland."

This photograph captures Pakistan's love affair with cricket. It's our national sport and a game we take very seriously. The concentration on this child's face says it all.

This is me. I was reporting in the Federally Administered Tribal Areas (FATA), close to the Afghan border. I was there to interview Pakistanis forced from their homes by the Pakistani Taliban and the subsequent army operations aimed at removing militants from the area. The purple burqa is mostly worn by women in northwest Pakistan. The high tops wouldn't look out of place in an M.I.A. video, but they're also functional gear for story gathering in the tribal belt and nobody batted an eye.

These stunning pieces were produced on traditional wooden slate known as a takhti. The artwork was exhibited at Islamabad's Nomad Art Gallery, a space created to showcase the work of Pakistan's artists with a focus on developing talent from marginalized communities.

Terrorism has impacted every aspect of life in Pakistan, including sports. No international cricket has been played in Pakistan since 2009, when terrorists targeted the visiting Sri Lankan team. The Pakistan national team is now forced to play its matches in Dubai. But that hasn’t stopped the country from playing. I took this photograph in Kohat, a town in northwest Pakistan. Everywhere you go in Pakistan, you see children and adults playing cricket. It's nice.

Pakistan is lush and fertile and full of amazing treats

This delicious spread — mandarins and guavas from my parents’ garden, pure honey from Karak, and peanuts from the northwest — highlights the diversity of the produce grown in Pakistan. It is a country blessed with fertile land and countless water sources.

Seriously, the fruit is really good and so very fresh

Pakistan is the sixth largest mandarin orange producer in the world. They're called kinnow here and the season lasts from December to March. Pakistan exports kinnow mostly to Russia and the Middle East.

People go outside and do activities

Shocking! Pakistanis are outdoorsy and like to climb mountains and stuff.

These Pakistani girls got all dressed up to celebrate Pakistan Day in Quetta on March 22, 2015. It's kind of like the 4th of July for Pakistanis.

There are glamorous fashion shows in Islamabad

A model presents a creation by Pakistani designer Sonya Battla during a fashion show in Islamabad on March 12, 2015. Yes, Pakistanis like fashion and glamor too.

There are amusement parks

People in Pakistan like to crash into each other using toy cars just like people in America.

And they even perform on stage in all kinds of plays

Pakistani artists perform a drama at a theater in Karachi. Yep, Pakistanis go to plays.