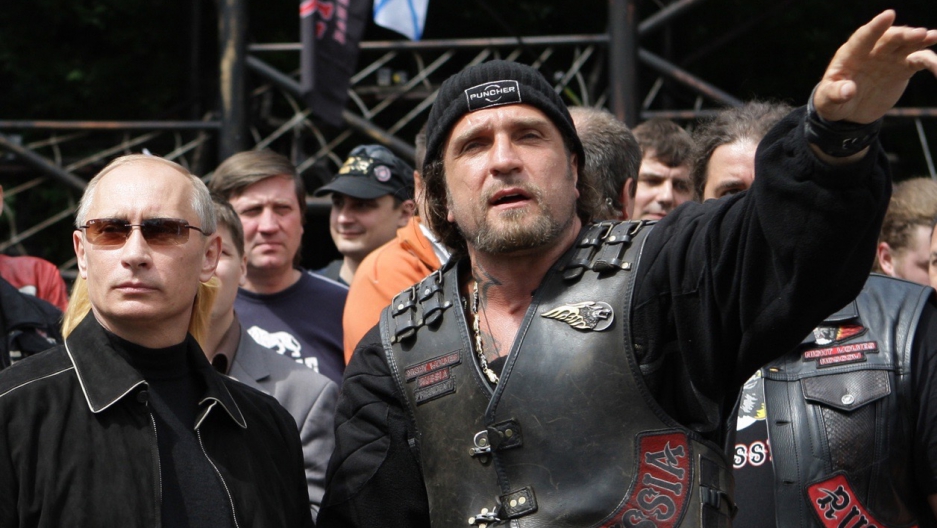 KYIV, Ukraine — An unruly, Vladimir Putin-loving biker gang is ratcheting up tensions between Russia and Poland.

Officials and ordinary Poles are up in arms about high-profile plans by the so-called Night Wolves — an infamous Russian motorcycle club known for its pro-Kremlin stance — to roll through the central European country next week on their way to Berlin.

The 3,700-mile ride from Russia to Germany is the hyper-patriotic gang’s way of celebrating the 70th anniversary of the Soviet Union’s victory over Nazi Germany, a point of pride for most Russians.

But many Poles want none of it.

Protests have been building up for days, with one Facebook group — called “No to the Russian bandits’ ride through Poland!” — attracting more than 10,000 followers.

On Wednesday, Polish Prime Minister Ewa Kopacz became the most senior figure to denounce the planned ride. She called it a “provocation,” and warned the bikers they’d be subject to prosecution if they messed with public order.

The Night Wolves — led by a grizzly former surgeon nicknamed, predictably, “The Surgeon”  — have fiercely advocated Moscow’s seizure of Ukraine, called on the Kremlin to crack down on Russia’s democratic opposition, and even lashed out against gays.

They’ve also got Putin’s personal approval. He once rode with them in, of all places, Crimea.

They’re synonymous with Russia's intense, often bizarre displays of militant patriotism in the wake of Moscow’s meddling in Ukraine, which has led to a showdown between Russia and the West.

Poland, for its part, is one of Ukraine’s staunchest supporters in Europe. Its leaders have condemned Moscow’s aggressive foreign policy, and some see the Night Wolves’ European jaunt as part of that brazenness.

But the Night Wolves — who, by the way, don’t have visas yet, according to a Germany foreign minister spokesman — aren’t backing down.

“Our point of destination is Berlin. Whatever action is taken will receive a like response,” The Surgeon apparently told Polish radio. “We are not going to abandon our plan; we’ll do what we said we would.”