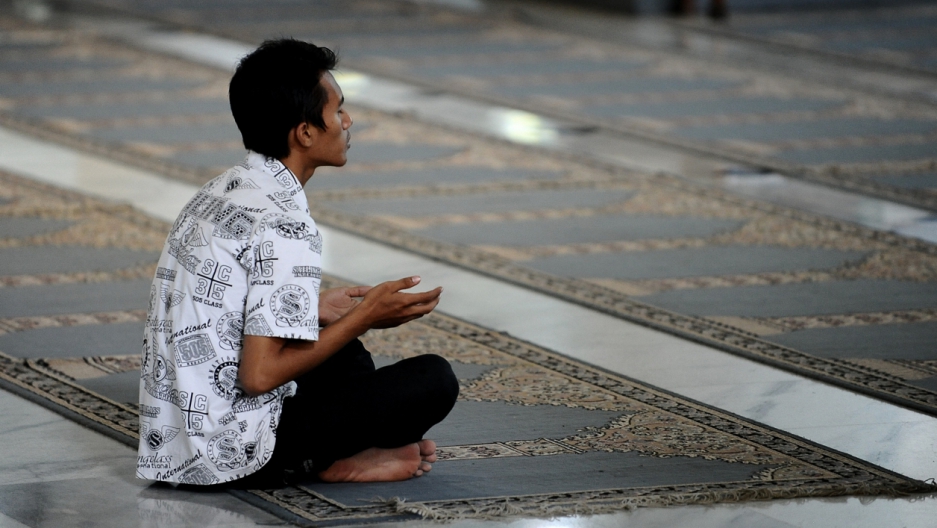 A man performs the afternoon prayer on the second day of Ramadan at Al Akbar Mosque on July 11, 2013 in Surabaya, Indonesia.
Credit: Robertus Pudyanto
Share

Islamophobes of the world: it's just about time to get over yourselves. Buddhists: hang steady. And atheists, agnostics, and religiously unaffiliated people: step your game up. 2050 is just around the corner, and lots of changes are coming for the world's religions.

These are a couple of the biggest revelations from "The Future of World Religions: Population Growth Projections, 2010-2050,"  a new report by Pew Research released on Thursday, which uses current demographic trends to predict how the world's population will break down by religious affiliation in 2050.

The biggest revelation, which you might have guessed, is that there will be a big jump in Muslims. In 2010, 23.2 percent of the world identified as Muslim, compared to 31.4 that identified as Christian. By 2050, though, they'll be nearly the same, and by 2100, if current demographic trends hold, there will be more Muslims than Christians .

Islam will achieve this impressive feat by growing faster than every other world religion over the next forty years — by a lot. Pew calculates that the Muslim population will grow by 73 percent compared to 35 percent for Christians and 34 percent for Hindus. That doesn't sound so bad for Christians and Hindus, except for the fact that the population of Earth is expected to grow by 35 percent. So Christians get no bump and Hindus lose a little.

Other interesting stats about what changes between 2010 and 2050:

The Buddhist population will remain flat and fall from 7.2 percent to 5.2 percent of the world's total population.

Atheists, agnostics, and religiously unaffiliated people will grow very slightly from 1.13 to 1.23 billion, and fall from 16.4 percent to 13.2 percent of the world population.

And sub-Saharan Africa will call itself home to four in 10 of the world's Christians.

Here's the main chart. Find more over at Pew: