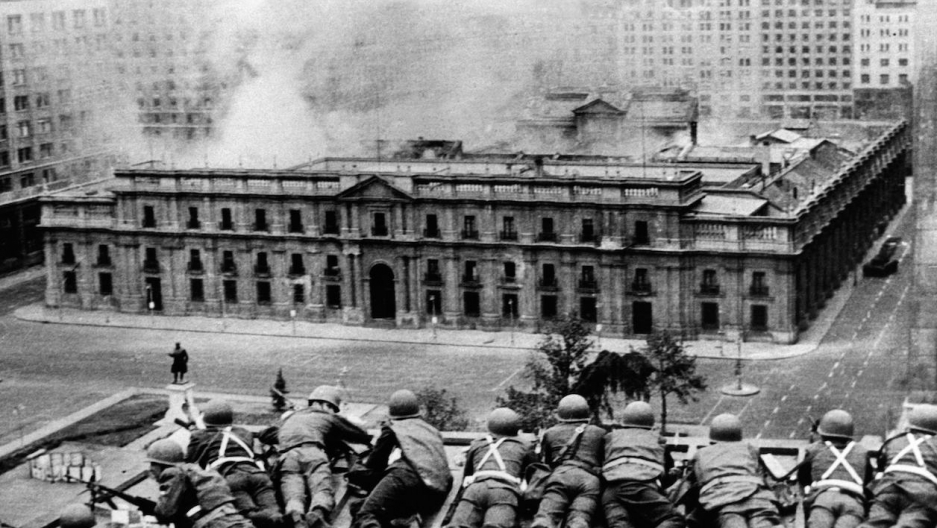 LIMA, Peru — The US government's covert role in the brutal overthrow of President Salvador Allende — Chile's 9/11 — is angering Chileans once again.

On Tuesday, the national journalists association kicked out a prominent media mogul, Agustin Edwards. He's the 87-year-old owner and columnist of El Mercurio, a leading newspaper of record. His family's media group owns dozens of papers, magazines and other outlets.

Citing declassified US documents, the journalists group found that Edwards had taken CIA cash to smear Allende in the runup to the Sept. 11, 1973 military coup, in which the Chilean president died.

The ouster ushered in a 17-year-long, hard-right dictatorship under Gen. Augusto Pinochet, during which more than 2,000 people were murdered or “disappeared” for political reasons.

In a statement, the association also accused Edwards of covering up the torture of two students by the dictatorship in the 1980s.

The association’s president, Javiera Olivares, said her pro-democracy group “is not willing to have members who have committed acts that made them complicit in such dark moments for Chile, of torture, detention and death.”

The move, by the association’s ethics committee, came after testimonies against Edwards by bereaved relatives of Pinochet’s victims.

Declassified US government documents long ago established the Richard Nixon administration’s role in deliberately destabilizing the government of Allende, the first elected socialist president in the Western Hemisphere.

The CIA has even owned up to “forwarding worldwide propaganda information for placement” in Chile’s leading papers like El Mercurio to foment opposition to Allende. The agency may have paid them the equivalent of several millions in today’s dollars.

One declassified US Senate file says:

“$1.5 million was spent in support of El Mercurio, the country’s largest newspaper and the most important channel for anti-Allende propaganda. According to CIA documents, these efforts played a significant role in setting the stage for the military coup of September 11, 1973.”

Edwards’ office did not answer GlobalPost’s phone calls. He has not responded publicly to the association’s decision.

In his 2013 court testimony, Edwards did acknowledge meeting CIA Director Richard Helms and National Security Adviser Henry Kissinger after Allende won the presidency. But he claimed that "in no circumstance did we think about a coup d'etat or anything, nor any financing for El Mercurio newspaper.”