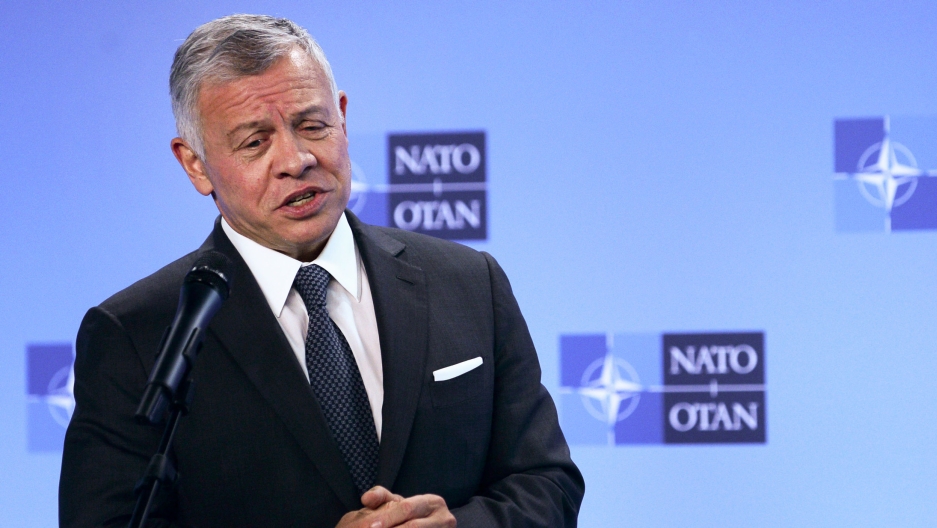 Jordan's King Abdullah II speaks during a media conference at NATO headquarters in Brussels, May 2021.

‘Pandora Papers’
A trove of leaked documents, referred to as the Pandora Papers, has revealed the secret assets of hundreds of world leaders, including Jordan’s King Abdullah II, Kenyan President Uhuru Kenyatta and associates of both Pakistani Prime Minister Imran Khan and Russian President Vladimir Putin. The documents, reported on Sunday by the International Consortium of Investigative Journalists involving 150 media outlets, shed light on the previously hidden dealings of the elite, who used offshore accounts to keep assets collectively worth trillions of dollars, secret from public view. Of the leaders exposed in the papers, King Abdullah was part of a major investigation and was shown to have had $100 million in hidden properties in southeast England, Washington and cliff-top mansions in Malibu, Calif.

New Zealand and Israel
New Zealand Prime Minister Jacinda Ardern announced plans to walk back her government’s zero-tolerance strategy to the coronavirus pandemic, acknowledging that health authorities can no longer completely get rid of COVID-19. The elimination strategy had largely worked with the country of 5 million reporting just 27 deaths from the virus since the beginning of the pandemic. Despite New Zealand imposing some of the toughest lockdown restrictions, the highly contagious delta variant has forced officials to reconsider their approach. Elsewhere, Israeli officials announced new restrictions Sunday on the country's COVID Green Pass, making a booster shot a requirement to access indoor venues, which prompted immediate backlash.

Nobel Prize for medicine
American scientists David Julius and Ardem Patapoutian have been awarded the Nobel Prize in medicine for their discoveries into how the human body perceives temperature and touch. The award recognized the revelations of Julius and Patapoutian’s discoveries and how they could lead to new ways of treating pain, or even heart disease. The physicians’ studies underscore how much there is still to learn about how humans perceive the external world. 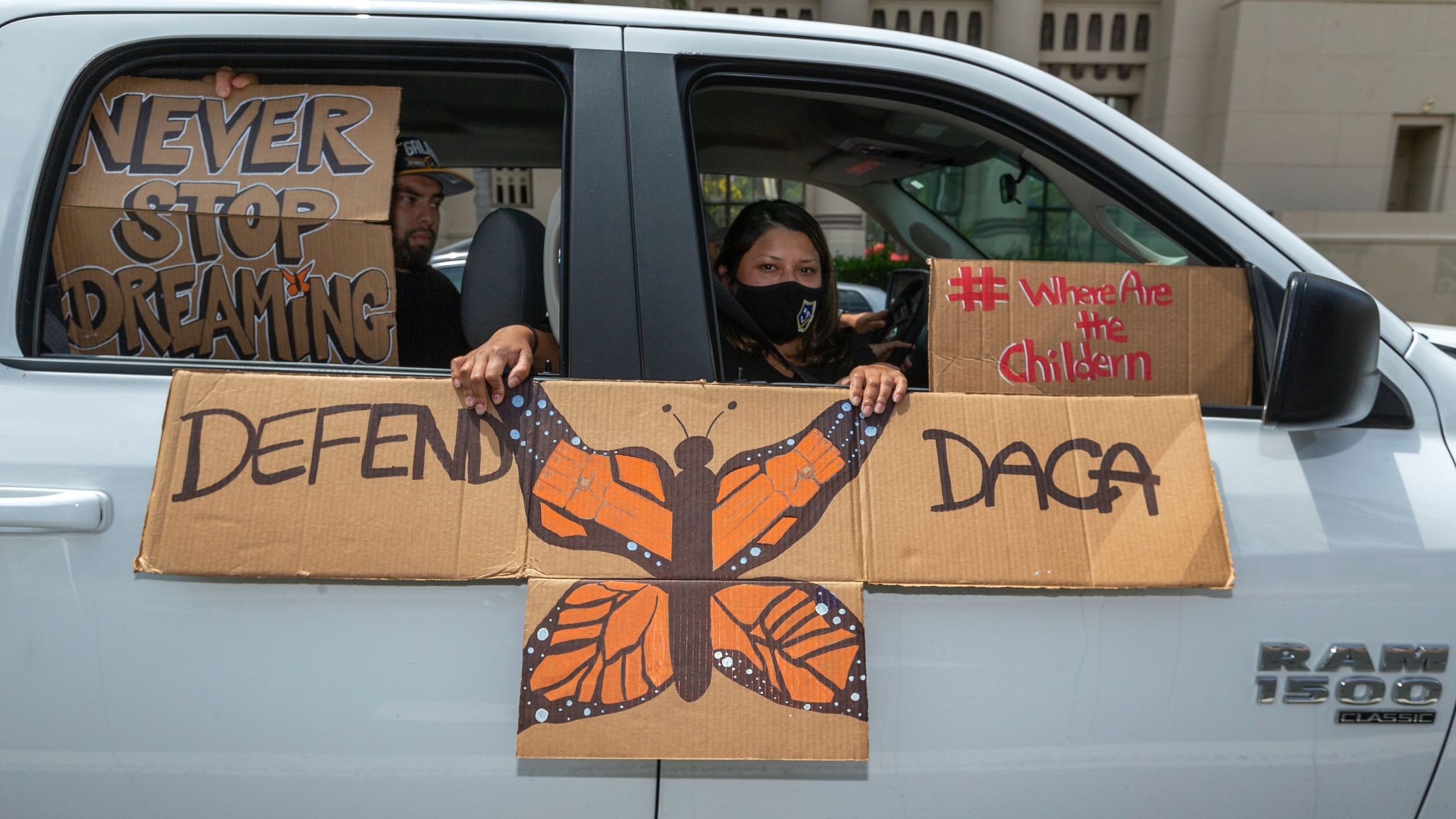 An immigrant family joins members of Coalition for Humane Immigrant Rights of Los Angeles, CHIRLA, on a vehicle caravan rally to support the Deferred Action for Childhood Arrivals Program (DACA), around MacArthur Park in Los Angeles, June 18, 2020. On Sept. 27, 2021, the Biden administration renewed efforts to shield hundreds of thousands of immigrants who came to the United States as young children from deportation, the latest maneuver in a long-running drama over the policy's legality.

The Biden administration filed a DACA rule in the Federal Register. This step allows the public to submit comments about the program during a 60-day period, followed by a vetting process before it becomes a federal regulation. Advocates hope to see the rule expanded.

Chinese govt cracks down on online gaming, TikTok — claiming that tech has outsize influence on society 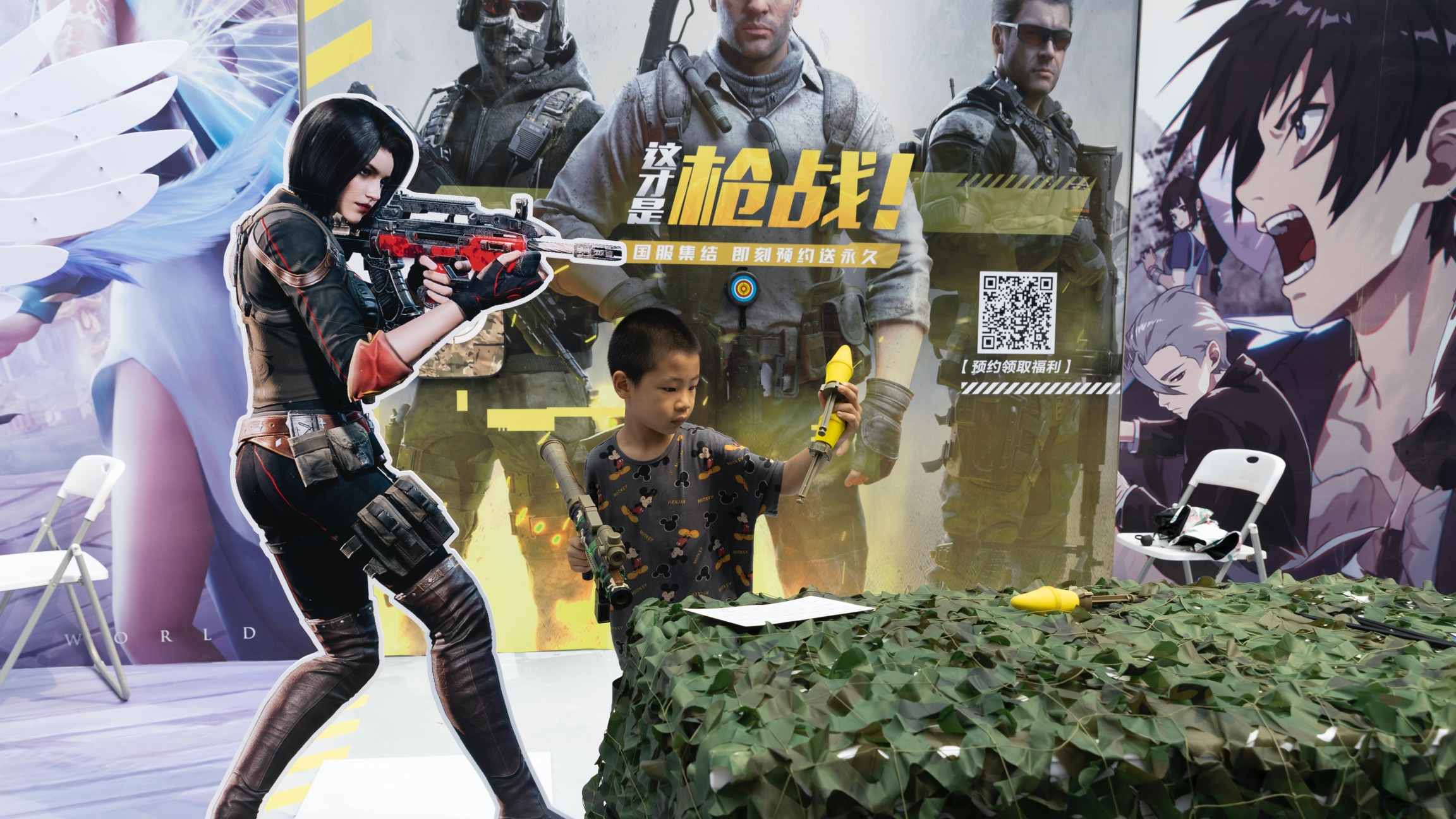 A child plays with a toy gun during a promotion for online games in Beijing on Aug. 29, 2020. China is banning children from playing online games for more than three hours a week, the harshest restriction so far on the game industry as Chinese regulators continue cracking down on the technology sector.

Minors in China can only play games between 8 p.m. to 9 p.m. on Fridays, weekends and on public holidays, according to a notice that was effective starting last month. The new regulation affects some of China’s largest technology companies, including gaming giant Tencent, whose Honor of Kings online multiplayer game is hugely popular globally, as well as gaming company NetEase.

If you are a fan of “Winnie the Pooh,” you might remember the bridge in the books and series (🎧). The bridge was inspired by a real wooden bridge where Pooh Bear creator A. A. Milne often played with his son, Christopher Robin. Now that bridge in southern England is up for auction on Tuesday. The real wooden bridge was dismantled and stored after being worn out by curious visitors. After a full restoration, some lucky bidder will make this iconic — honey-loving — bridge his own.

The bridge made famous in the Winnie the Pooh books — where the bear and his friends played "pooh sticks" — is up for sale by a British auction house https://t.co/5cfwTwjiTO 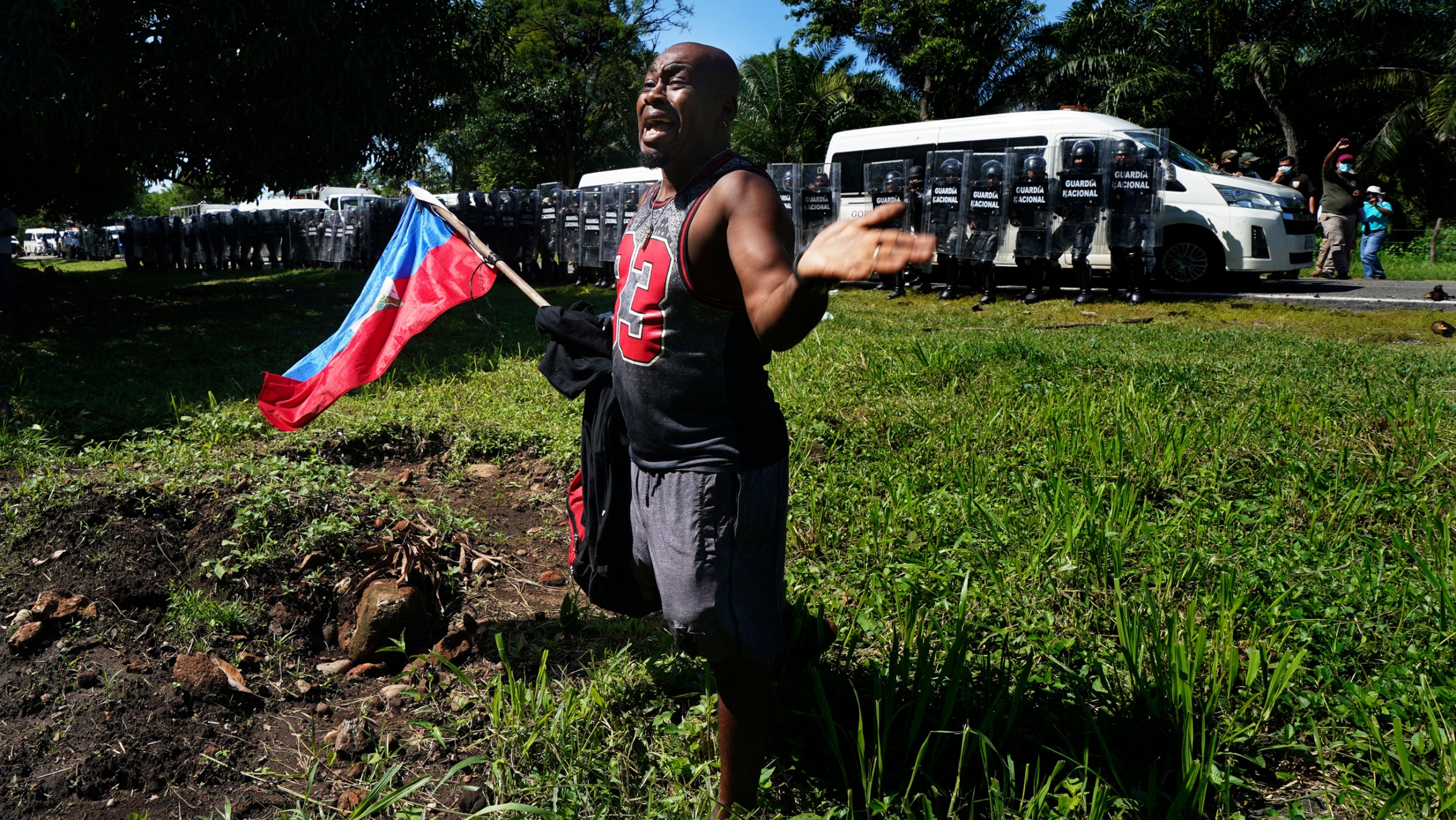 A Haitian migrant, holding his country's national flag, pleads with Mexican National guardsmen not to detain migrants making their way to the US-Mexico border, in Escuintla, Chiapas state, Mexico, Sept. 2, 2021.

In the southern Mexican state of Chiapas, tens of thousands of migrants hope to reach the United States, but are caught in legal limbo. They hail from different countries in Central and South America, but many are from Haiti. Also, when a massive earthquake and tsunami hit eastern Japan 10 years ago, with a subsequent nuclear disaster, nearly 20,000 people died. Some found healing in sashiko, a traditional art form that helped ease the pain among survivors. And, Spain's flamenco guitar legend, the late Paco de Lucía, is receiving an homage this week in his hometown. Capping off the honors is a decree to play his famous song, "Entre Dos Aguas,” or "Between Two Waters," from the town hall carillon twice a day.