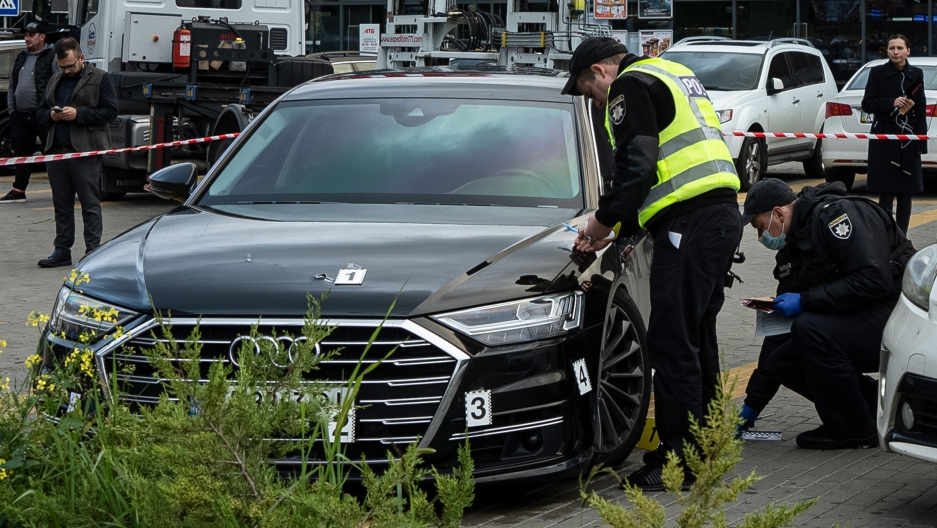 Police officers collect evidence near the car of Serhiy Shefir, first assistant to President Volodymyr Zelenskiy, that was shot at, near Kyiv, Ukraine, Sept. 22, 2021.

Ukraine
The car of a top aide to Ukrainian President Volodymyr Zelenskiy came under fire in what appears to be an assassination attempt meant to be a message to the president himself. Serhiy Shefir was not hurt, but his driver has been hospitalized for injuries after the car was riddled with bullets. Zelenskiy announced in a video message from New York, where he’s attending the UN General Assembly, that he would not be deterred from efforts to modernize Ukraine’s economy and tackle criminality. He intends to return to Kyiv following his UNGA address. Authorities have not yet arrested any suspects, and officials cautioned the public against speculating about who was behind the attack.

UNGA vaccines
US President Joe Biden has made big promises for the vaccine summit at the UN General Assembly that he will host on Wednesday. He plans to call for 70% of the world to be vaccinated against COVID-19 by this time next year. And he also intends to pledge 500 million doses of the Pfizer-BioNTech SE vaccine to donate to other countries around the world. The doses are set to be produced in the US and shipped through the global vaccine-sharing system COVAX. Foreign leaders, private sector figures and representatives of nongovernmental organizations are planning to attend the summit, which will be a combination of speeches and recorded statements.

US imports
Dozens of cargo ships are stuck at sea, waiting to enter US ports in California. Bottlenecks at the Los Angeles and Long Beach ports have increased during the coronavirus pandemic after surging demands for imports into the United States. The global shipping system is struggling to keep up with orders from retailers and manufacturers, and there have been shortages of children's toys, timber, new clothes and pet food. Store owners are encouraging customers to shop early as the US heads into major holiday seasons. 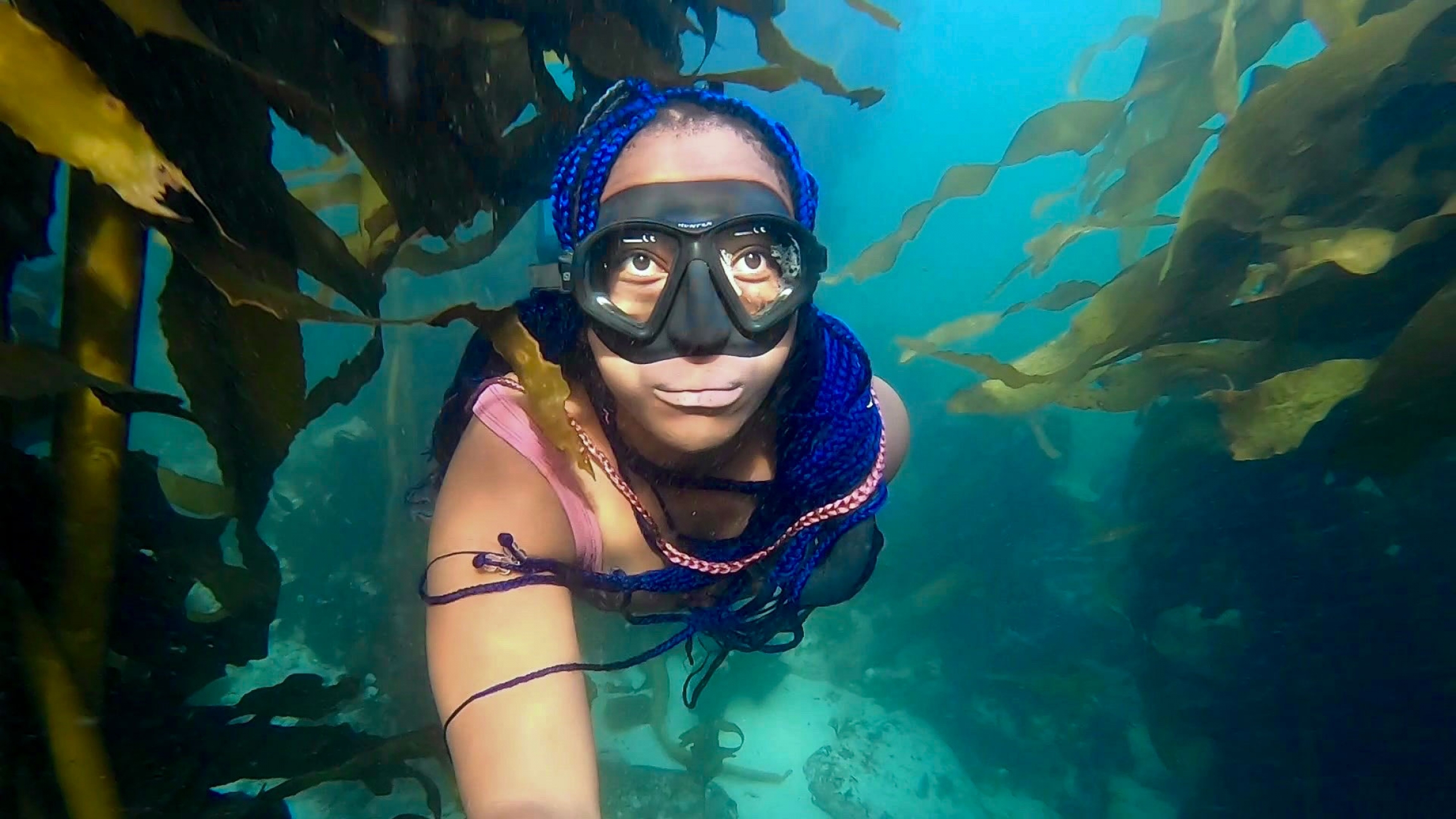 Zandile Ndhlovu is the first Black free-diving instructor in South Africa and the founder of the Black Mermaid Foundation, which aims to change the story of who belongs in the water by spreading awareness online and teaching school kids about the ocean. "To listen to the song of whales as you dive down, it is wild," Ndhlovu said. "You have no breath, but you have eternity, you have infinity.” 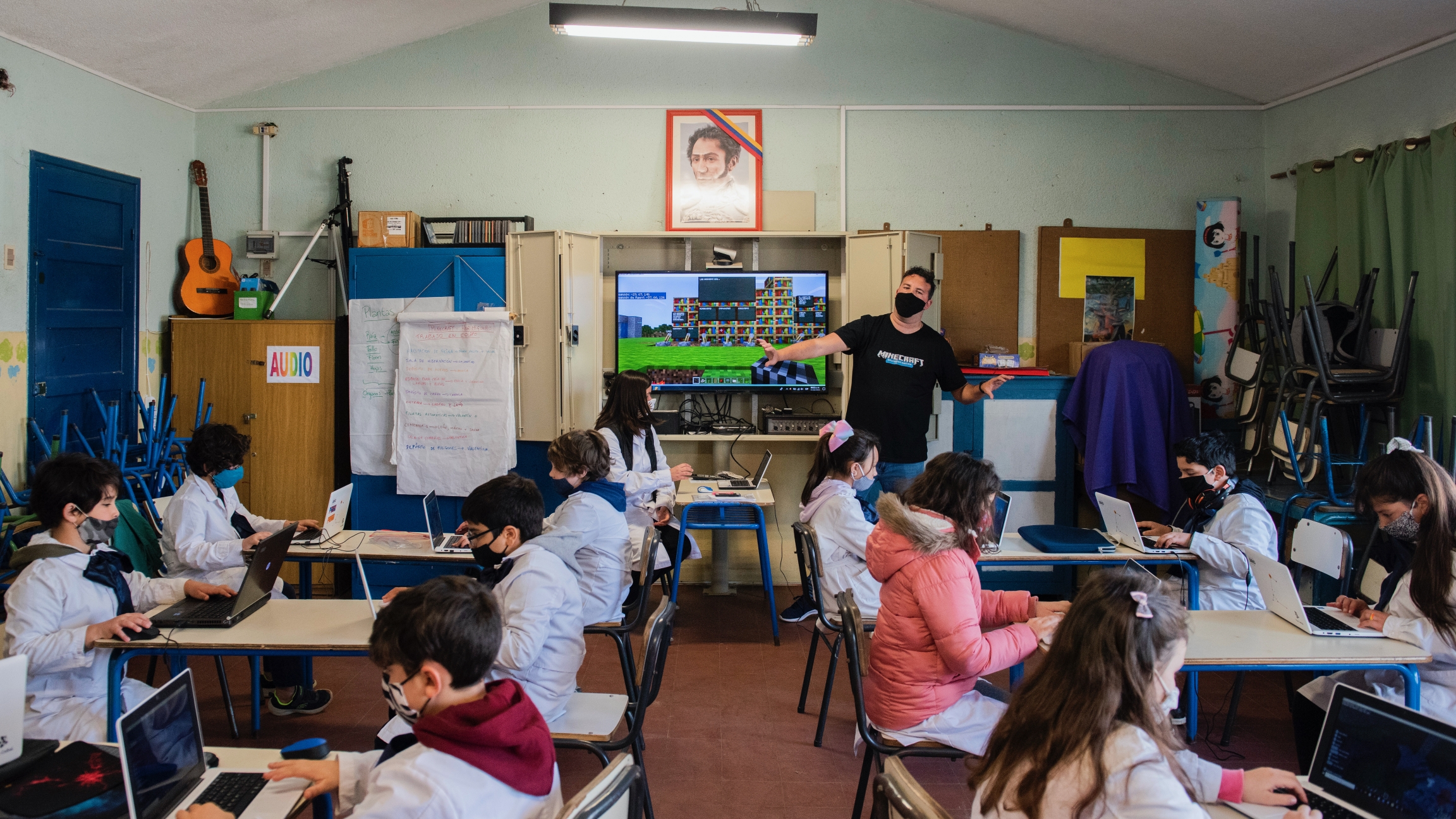 Before the pandemic, each student in the Uruguayan public system already had a personal computer under Plan Ceibal, which started in 2007.

Uruguay's Plan Ceibal program had already been supplying students with tablets and computers for 15 years, giving students a leg up when schools were forced to go online with virtual learning as the COVID-19 pandemic hit.

They're the oldest living twins in the world!

Guinness World Records has certified two Japanese sisters, who are 107 years old, as the world’s oldest living identical twins. Umeno Sumiyama and Koume Kodama were born on Nov. 5, 1913, and are the third and fourth of 11 siblings. The announcement came on Respect for the Aged Day, a national holiday in Japan.

Listen: Thousands of Haitians seek asylum in US 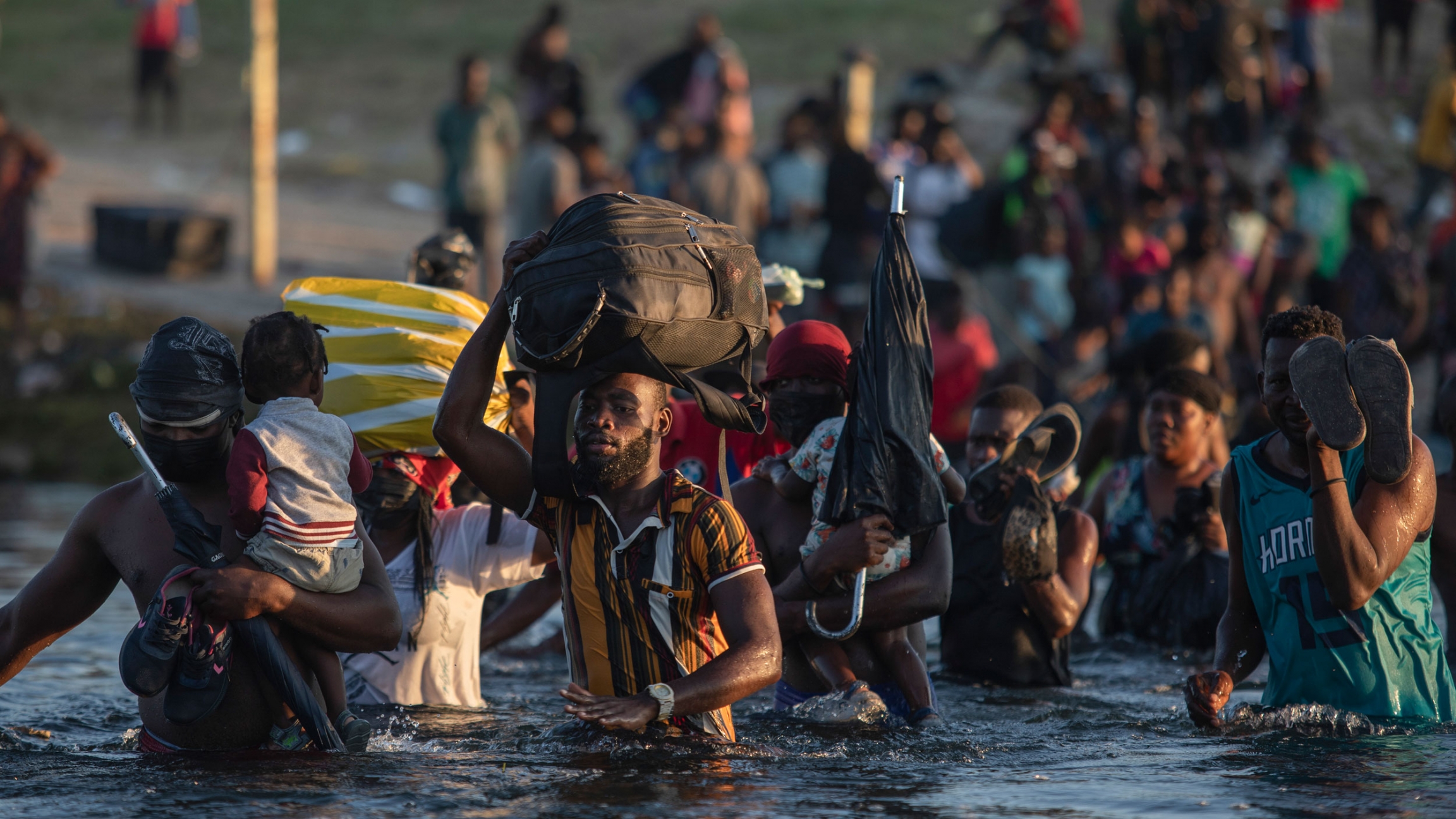 Migrants, many from Haiti, wade across the Rio Grande river from Del Rio, Texas, to return to Ciudad Acuña, Mexico, Sept. 20, 2021, to avoid deportation from the US.

Thousands of Haitians who had hoped to seek asylum in the US are arriving at Haiti’s main airport. Haiti’s fragile government has little aid to offer the arriving deportees. And COVID-19 continues to ravage Southeast Asia, with most countries’ borders more or less closed. In Thailand, the virus has killed more than 15,000 people and anger toward the Thai government is spilling into the streets. Also, meet Zandile Ndhlovu, South Africa’s “Black Mermaid.” Ndhlovu started the Black Mermaid Foundation to share her love of free diving with communities that lack access to ocean spaces due to South Africa's racist history.