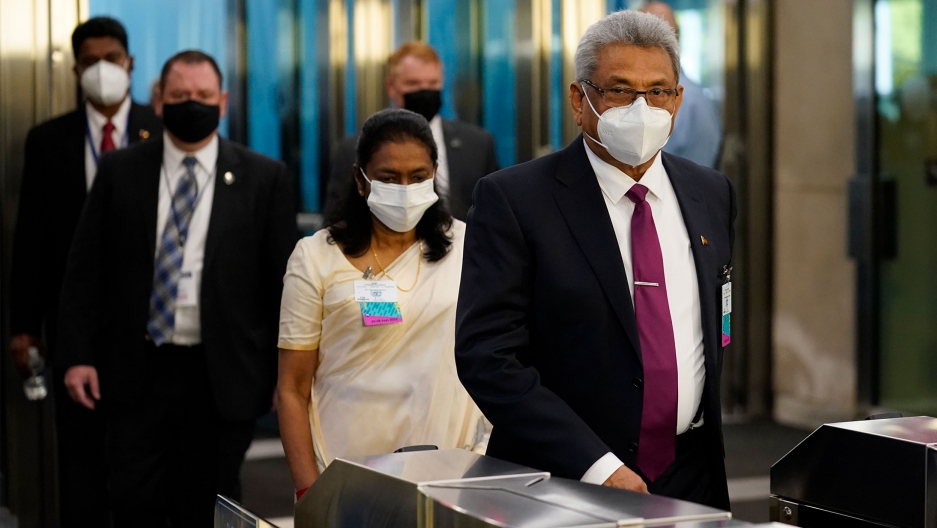 UNGA
The 76th session of the United Nations General Assembly has kicked off at the UN headquarters in New York. It’s the first time in two years that many world leaders are attending in person, because of the COVID-19 pandemic, while others are taking up the option to join remotely online. According to UN spokesman Stephane Dujarric, UN Secretary-General Antonio Guterres “will pull no punches in expressing his concern about the state of the world, and he will lay out a vision to bridge the numerous divides that stand in the way of progress.” The three most anticipated speakers for Tuesday are US President Joe Biden in his first session since taking office, Chinese President Xi Jinping, and newly elected Iranian President Ebrahim Raisi. Meanwhile, the K-pop superstar boy band BTS delivered an address at the assembly for which more than 1 million people tuned in.

Canada
Voters in Canada have chosen to keep Prime Minister Justin Trudeau as their leader, but his Liberal Party failed to secure a majority in parliament. Trudeau had called for early snap elections in August, two years ahead of the scheduled vote. He faced a tightly contested race against his conservative rival Erin O'Toole. Major issues on voters' minds included the COVID-19 pandemic, climate change, housing affordability and gun control. Trudeau has been known for embracing immigration, legalizing cannabis, bringing in a carbon tax to fight climate change and preserving a free trade deal with the US and Mexico that former US President Donald Trump wanted to scrap.

Sudan
Sudanese officials say that an attempted coup on Monday was thwarted, and was organized by elements from inside and outside the military establishment. Sudan still faces heightened tensions over a long-delayed political transition following the end of former President Omar al-Bashir’s three-decades-long rule in April 2019. Prime Minister Abdalla Hamdok said the failed coup was aimed at undermining the transition. And officials say people linked to al-Bashir were behind the move. One official, speaking anonymously, has said that three dozen troops, including high-ranking officers, have been arrested, and that they had tried to seize the military headquarters and the state broadcaster.

Afghan women sidelined under new Taliban rule: ‘This country places no value on me as a woman’ 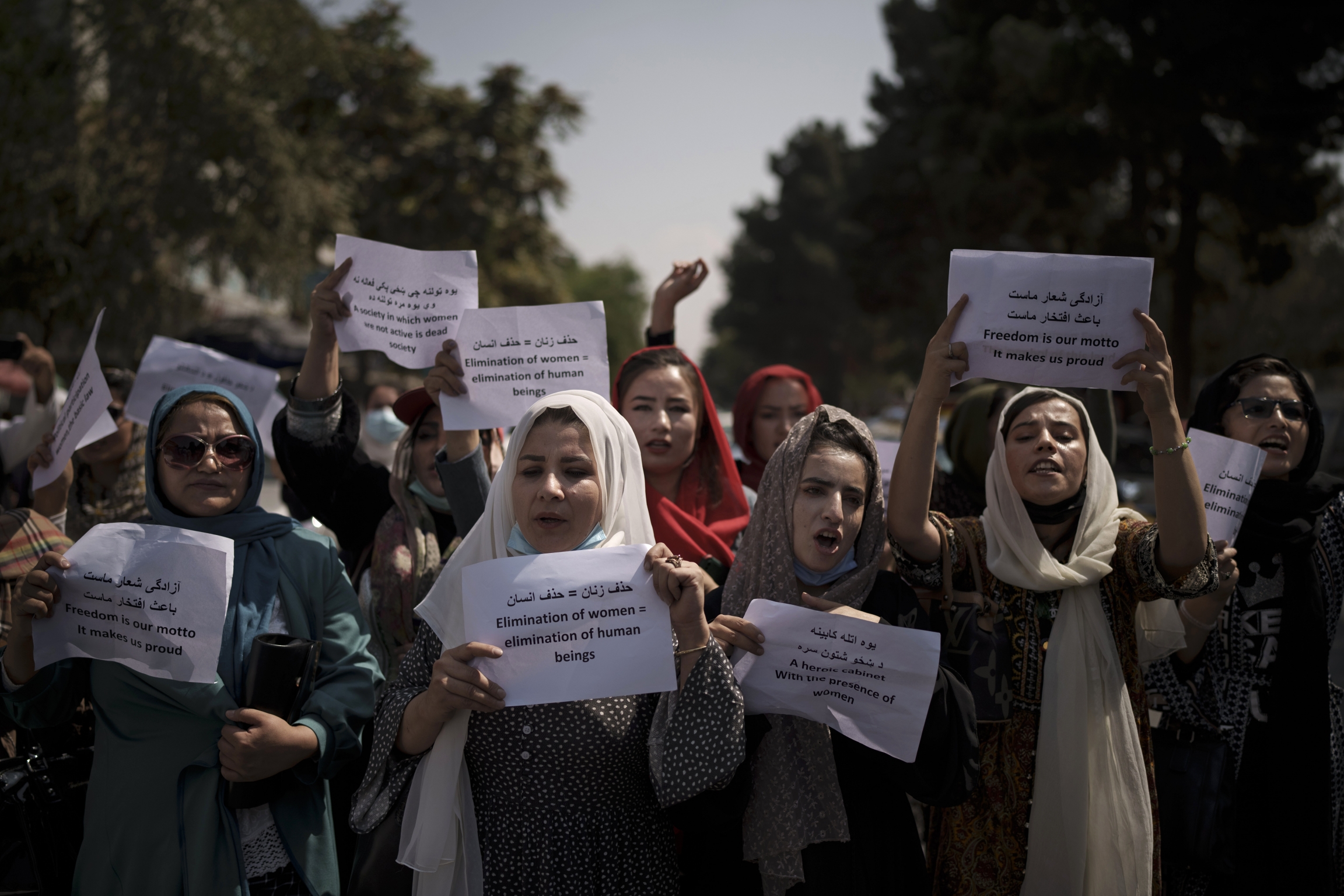 Afghan women march to demand their rights under the Taliban rule during a demonstration near the former Women's Affairs Ministry building in Kabul, Afghanistan, Sept. 19, 2021. The interim mayor of Afghanistan’s capital said Sunday that many female city employees have been ordered to stay home by the country’s new Taliban rulers.

The Taliban have ordered all schools in Afghanistan to reopen after months of closure amid the pandemic and the war. But they haven’t allowed girls to return to school, and the future for millions of female students still remains unclear. 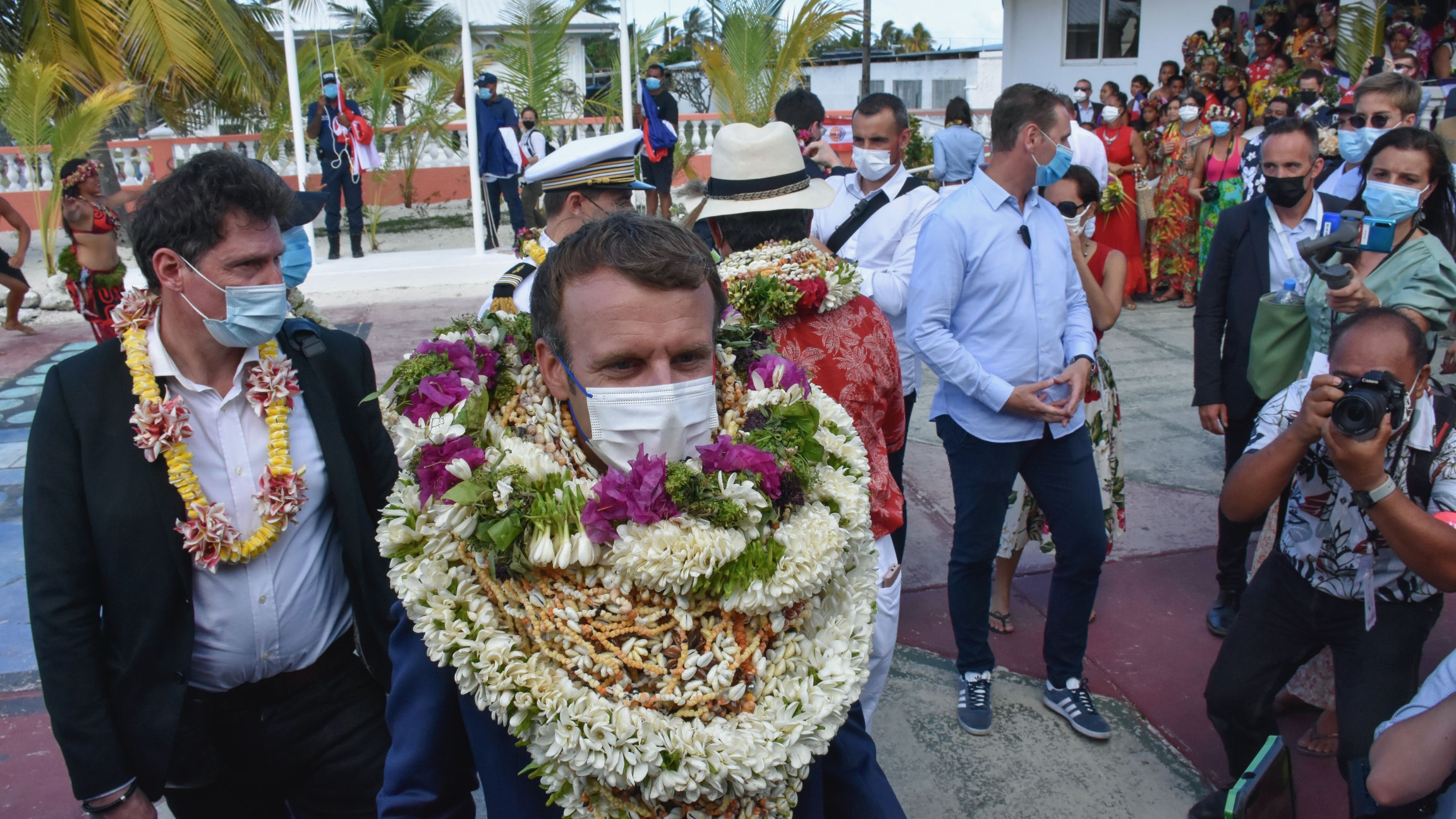 The situation in French Polynesia and New Caledona is so dire that recently, France extended a health emergency declaration for the two Pacific Island territories into mid-November. Cases have skyrocketed in just two months, pushing health care systems to the brink.

Only in New York!

The President of Brazil, Jair Bolsonaro, was seen eating pizza in the open streets of New York City. He and his delegation are in town for the UN General Assembly, but restaurants refused to allow them entry for being unvaccinated against COVID-19.

Brazil's far-right President Jair Bolsonaro has been pictured eating pizza on the sidewalk in New York ahead of the UN General Assembly, likely because he doesn't meet the city's COVID-19 vaccine requirements for indoor dining.https://t.co/mPHKBx83lf 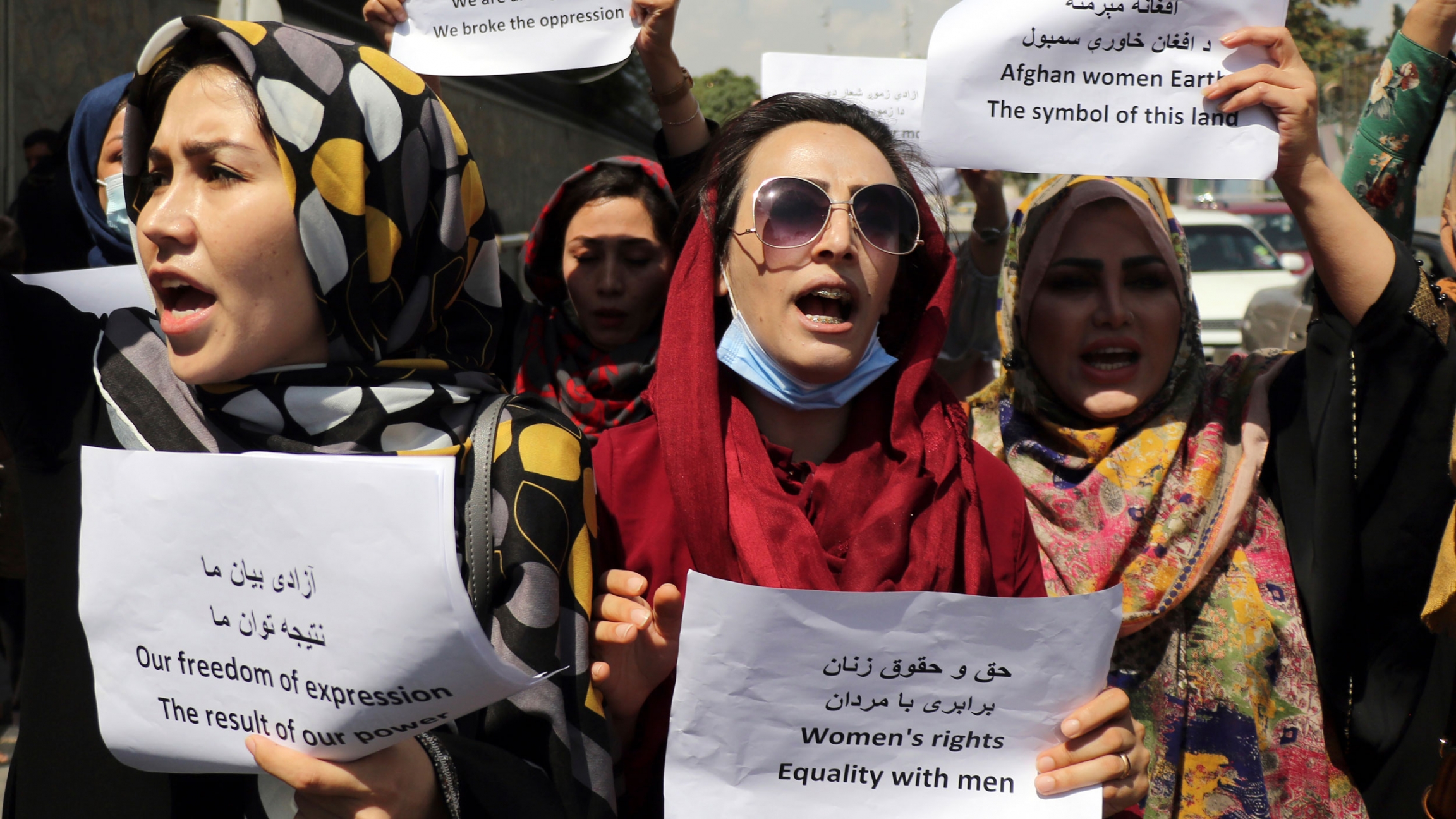 Women gather to demand their rights under Taliban rule during a protest in Kabul, Afghanistan, Sept. 3, 2021.

The Taliban ordered all schools in Afghanistan to reopen this weekend after months of closure because of COVID-19 and political upheaval. But the future of education for millions of high school girls remains unclear because Taliban leadership banned them from returning to their studies. And a new security pact signed between the US, Australia and the UK took Paris by surprise. It means that a big military contract signed between France and Australia several years ago will be scrapped. Also, Afghans have been welcomed in Turkey over the last few decades. But recently, life has become more difficult for new refugees fleeing the Taliban takeover of their homeland.