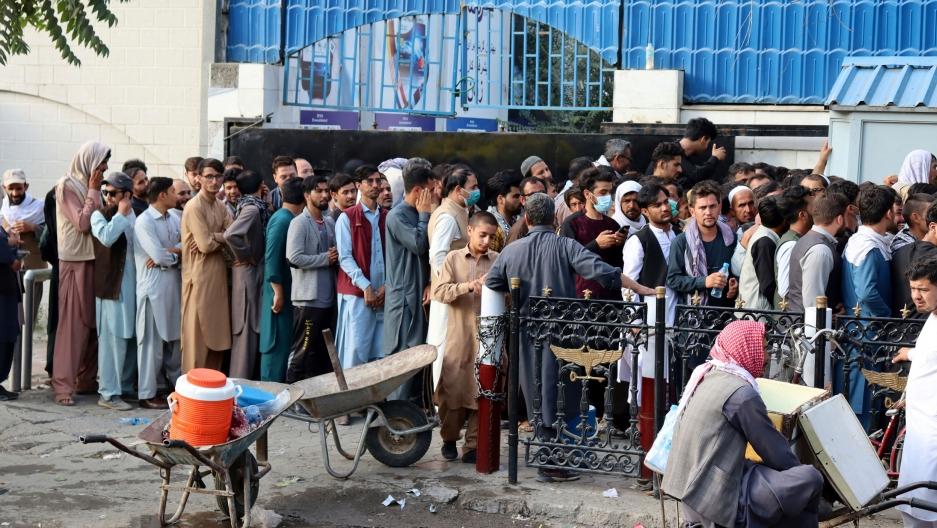 Afghans wait in long lines for hours to try to withdraw money, in front of a bank in Kabul, Afghanistan, Aug. 30, 2021. The Taliban have limited weekly withdrawals to $200.

Afghanistan
Two weeks after the Taliban took control of Afghanistan following the fall of Kabul, and two days after the final withdrawal of US troops from the country, the Taliban are expected to announce their new government as early as Thursday. Sheikh Haibatullah Akhundzada, a Taliban top religious figure, could reportedly be named the supreme leader of Afghanistan. A global lens is on the Taliban and how they will shape a new government after a previous rule in the 1990s was renowned for its brutality. The new Taliban rulers are facing a hunger crisis in a country of 38 million people, with United Nations officials suggesting that stockpiles of food could run out this month amid an ongoing economic crisis, with much of the international aid set aside for Afghanistan now being frozen.

Mediterranean
Cyprus is on alert over an oil slick creeping across the Mediterranean that could reach the northeastern tip of the island in the next 24 hours. The oil is believed to have originated from one of Syria’s oil refineries. Satellite images now indicate the size of the slick at over 300 square miles, or about the same size as New York City. Syrian officials said that a tank filled with 15,000 tons of fuel had been leaking since August 23.

Paralympics
Malaysians watching their country’s shot putter Muhammad Ziyad Zolkefli win gold on Tuesday were outraged after officials from the Paralympic Games disqualified the athlete for failing to show up on time for the competition. Zolkefli was allowed to compete under protest after showing up late, but was later stripped of his gold. The World Para Athletics, which governs track and field for Paralympic sports, said in a statement that a referee had determined after the event that “there was no justifiable reason for the athlete's failure to report” on time. Zolkefli’s appeal was denied. 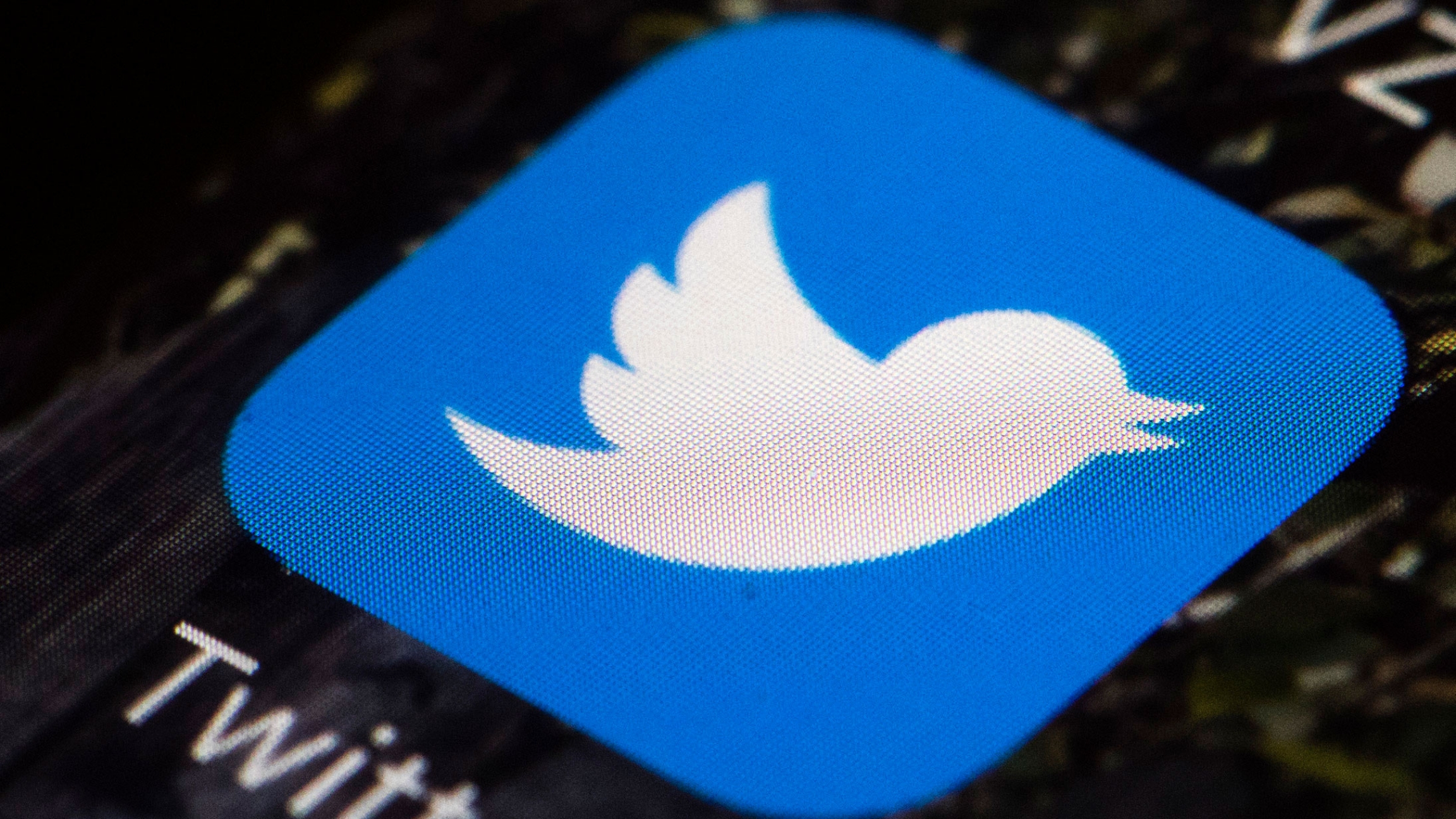 Twitter, one of the world’s most popular social media platforms, has been inaccessible in Nigeria for nearly three months. While one government official indicated last month that the suspension could be lifted soon, Nigerians are still waiting. Many at home and abroad saw the suspension as an attack on free speech and a sign of the government’s hostility to social media.

Kurds grapple with US troop drawdown in Iraq 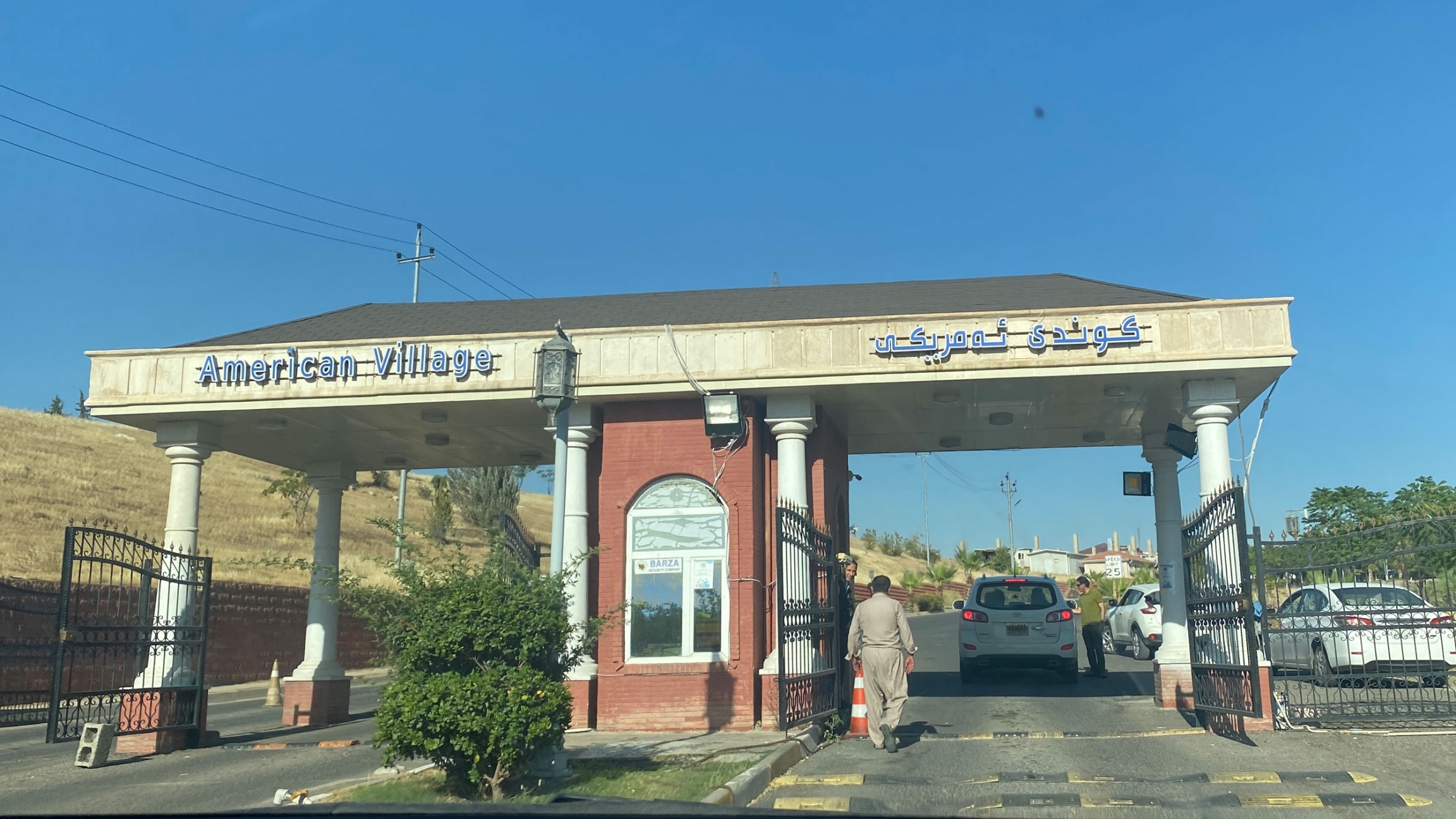 With the Taliban now in control of Afghanistan, Kurdish allies in northern Iraq — where the US is also planning to draw down its combat forces — are watching with concern. In July, President Joe Biden announced that the US will end its combat mission in Iraq.

The withdrawal will leave Kurds — arguably Washington’s most devoted ally — physically and politically vulnerable. Some Kurds say their lives will be endangered when US troops leave.

Colombian musician Pao Barreto is making music in the French capital. She has been the front-woman for several bands that fall under the rubric of French-Latin music. Now Barreto is performing on her own and has released a solo album 🎧 that brings us a fuller picture of how she approaches music. She sings in Spanish and leaves lots of musical footprints back to her home country — cumbia rhythms and sounds from the Caribbean — all plugged in electronically. Listen to one of Barreto's latest releases, "Spiralis," in The World's Global hits playlist. 🎶

Listen: Kabul residents queue up in long lines for cash

Residents of Afghanistan’s capital have been queuing up for hours to withdraw strictly limited amounts of cash from their bank accounts. Prices for basic goods are skyrocketing. Also, since 2002, the US has backed the Philippines in fighting Islamist rebels trying to take over the tropical islands. Nearly 20 years on, and the rebels are still there, including a group called Abu Sayyaf, which sympathizes with ISIS, and can be just as vicious. And Ukraine’s President Volodymyr Zelenskiy is in Washington today to meet with President Joe Biden. Zelenskiy’s plans to meet with then-President Donald Trump were derailed by the impeachment scandal.