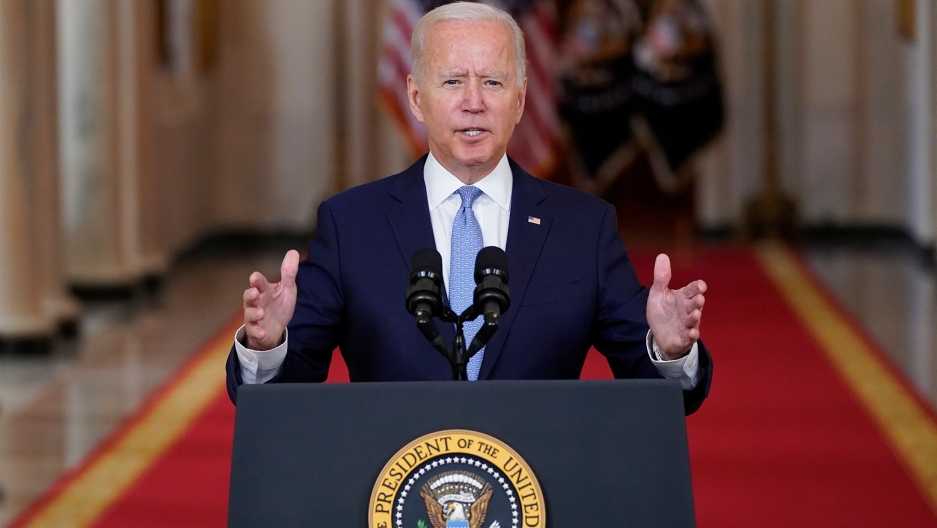 US President Joe Biden speaks about the end of the war in Afghanistan from the State Dining Room of the White House, in Washington, Aug. 31, 2021.

Afghanistan
On Tuesday, 24 hours after the last US military aircraft departed Kabul’s international airport, US President Joe Biden called the airlift of more than 120,000 Americans and Afghans an “extraordinary success,” and defended his administration’s decision to pull out of Afghanistan by the Aug. 31 deadline, nearly 20 years after the US invasion of the country. “I was not going to extend this forever war,” Biden said in an address to the nation. "And I was not going to extend a forever exit.” Biden also declared the end of an era of US military intervention for nation building. After a complete withdrawal, the US and its allies will have to adjust to a new relationship with the Taliban, who could be soon announcing the formation of a government.

Ukraine
Ukrainian President Volodymyr Zelenskiy will meet President Joe Biden in Washington DC on Wednesday, in what has been described as a show of renewed support for Ukraine’s sovereignty in the face of Russia’s annexation of Crimea in 2014. Biden is expected to unveil a $60 million military aid package that includes Javelin anti-tank missiles, small arms and ammunition. Zelenskiy, the leader who found himself entangled in the first impeachment of former President Donald Trump, is seeking renewed backing of Ukraine’s bid for NATO membership.

Venezuela
Just days before representatives of the Venezuelan opposition and the government of President Nicolás Maduro are expected to start talks in Mexico City, opposition parties in Venezuela announced in a strategy shift, that they will participate in the November local and regional elections. Under the “Unitary Platform” led by Juan Guaidó, opposition parties had boycotted previous races, arguing that the country lacks conditions for free and fair elections. Now the group says it’s motivated by the serious social and economic challenges the country faces. President Maduro welcomed the announcement as a change from calls for tighter economic sanctions and military intervention of the past two years. Both sides will meet in Mexico City for negotiations aiming to address the political standoff.

Reclaiming Colombia’s Black history, one tour at a time 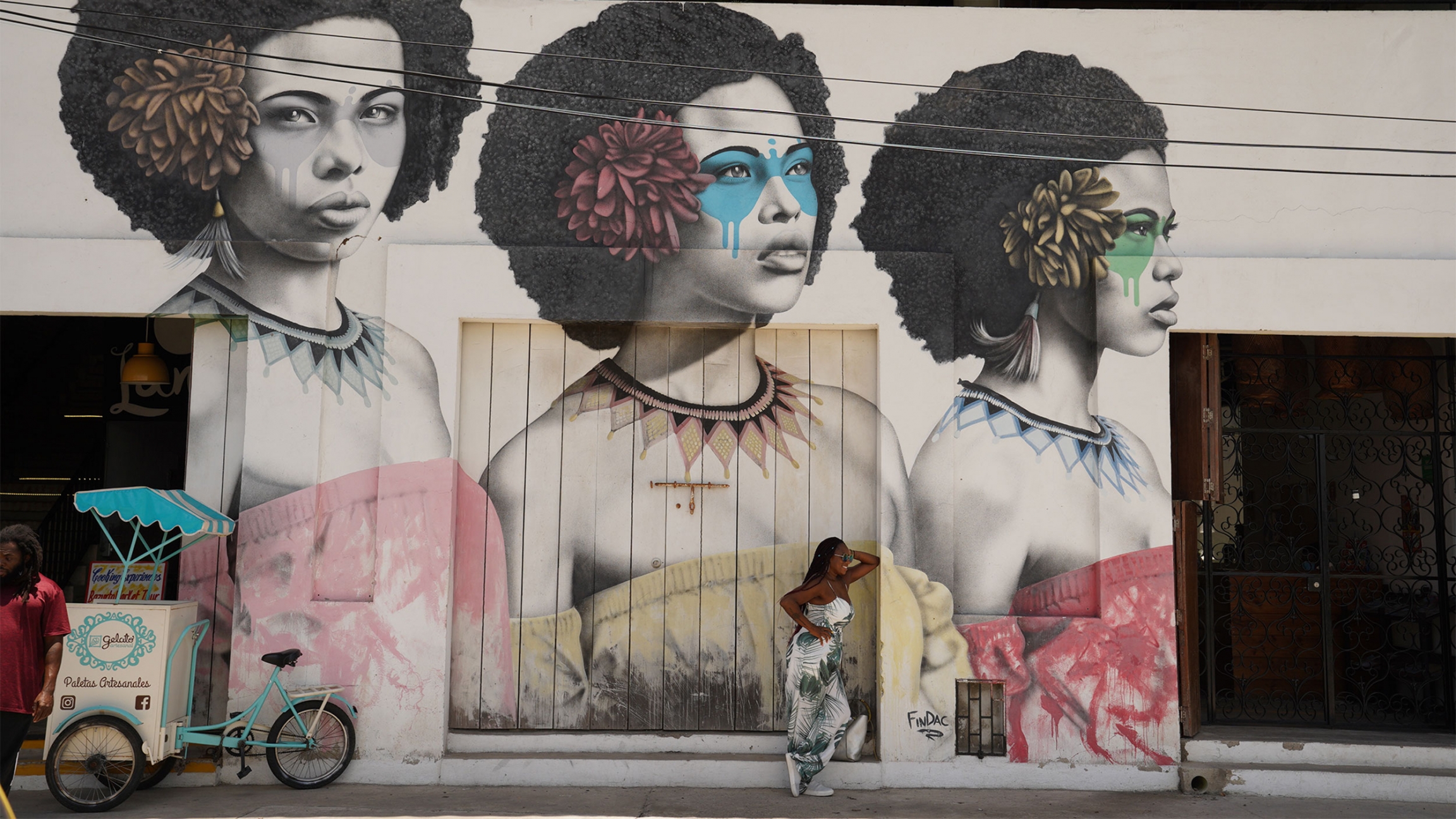 A mural in Cartagena's Getsemani Neighborhood celebrates the city's Afro-Colombian heritage and the natural hairstyles of Black women.

A tour guide in Colombia is sharing a different side of Cartagena. Alex Rocha says his goal is to provide visitors with historical facts and show the city through “a Black man’s perspective.”

“We talk about how we got here, but at the same time what is going on with Afro-Colombians today," he said. 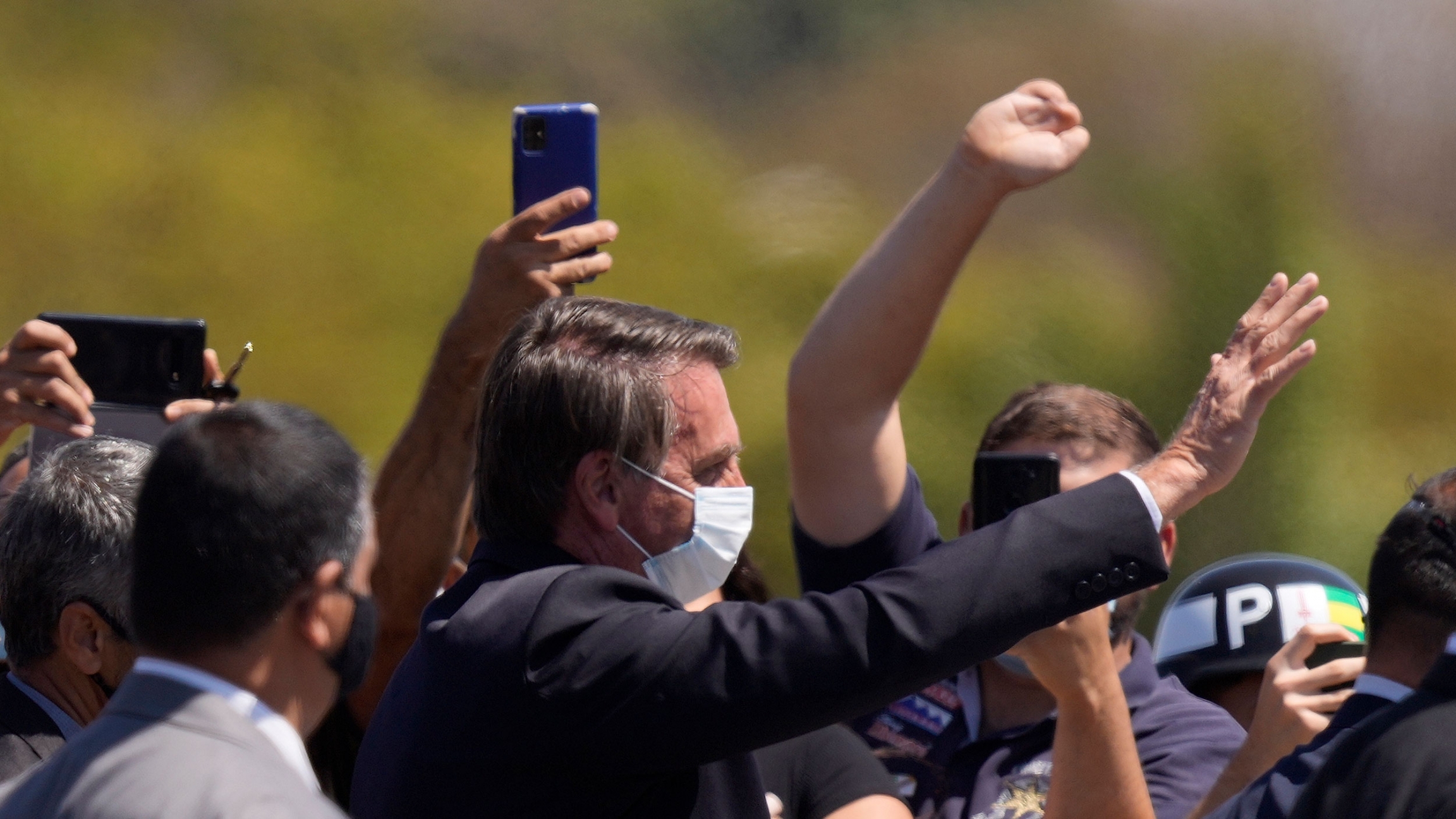 Brazilian President Jair Bolsonaro has taken cues from the US conservatives, with claims that the entire voting system in Brazil is rife with fraud. Earlier this month, Brazil's Congress rejected a Bolsonaro-backed proposal to mandate paper ballots in next year’s presidential election. The Electoral Court is now investigating Bolsonaro for spreading misinformation about the electoral system.

Twenty-five-year-old Instagram influencer Tommy Marcus of New York — who goes by the name Quentin Quarantino — used his enormous reach on social media to raise $7 million on GoFundMe for rescue missions in Afghanistan. He used the funds to coordinate “Operation Flyaway,” which evacuated people who said they felt threatened by the Taliban on a charter plane to Uganda.

Listen: A timeline of 20 years of war in Afghanistan 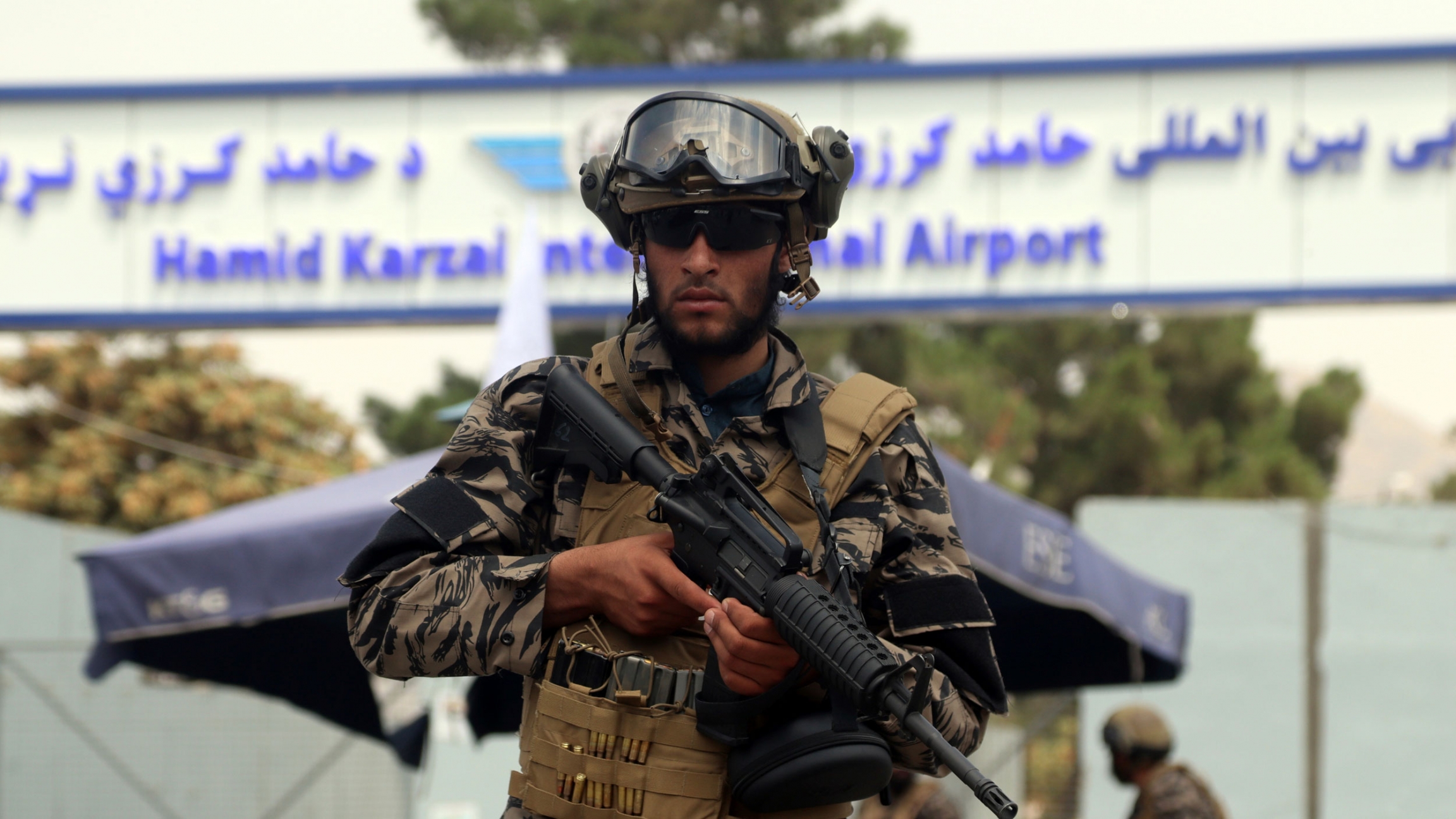 We look at the timeline of Afghanistan's fall to the Taliban, and recap the US’ withdrawal from the country after 20 years of war. Now that the US military has fully withdrawn from Afghanistan, many Afghans who wanted to leave did not manage to get on an evacuation flight. We hear from one woman working for a high-profile women’s empowerment project who was left behind. Plus, Alex Rocha, a tour guide in Cartagena, Colombia, gives his customers more than just a history lesson — he shines a spotlight on Black history.