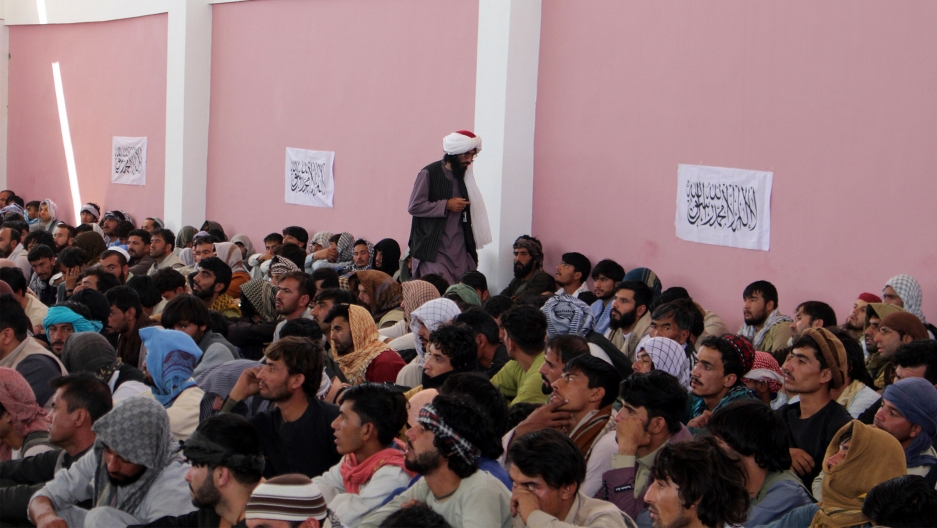 Afghanistan
As the Taliban continues its takeover of large swaths of Afghanistan, the group completed its sweep of the country’s south on Friday, with 18 provincial capitals now under its control — including Kandahar, Herat and Lashkar Gah. A weekslong battle in Helmand province left hospitals filled with injured civilians. The latest takeover brings the Taliban even closer to the Afghan capital, Kabul. In response, the US has dispatched 3,000 troops to help evacuate Americans who are still in the country. The move comes weeks before the planned full withdrawal of US and NATO troops from Afghanistan, and following two decades of war.

Venezuela
The Venezuelan government and its opposition are opening talks in Mexico on Friday in an attempt to find solutions to economic and social crises gripping the country. The last round of negotiations were held between 2017 and 2019. This time ,the talks are being brokered by Norway. President Nicolás Maduro appears to have the upper hand this time, since the opposition has weakened and fractured. Opposition coalition leader, Juan Guaidó — who the US and other countries recognize as the country’s legitimate leader — is calling for a plan for massive imports of COVID-19 vaccines along with a “National Salvation Agreement” that would include the government, its local allies, the opposition and the international community.

Ethiopia
President Joe Biden is sending his special envoy for the Horn of Africa, Jeffrey Feltman, to Ethiopia to push for an end to nine months of internal conflict. Continued fighting between the Ethiopian government and the Tigray People’s Liberation Front (TPLF) has raised concerns of a worsening famine and humanitarian disaster along with reports of increased violence against hundreds of women and girls. The UN says that a total of 400,000 people are at risk of famine in the Tigray region. Feltman will also travel to Djibouti and the United Arab Emirates in an attempt to promote stability in the Horn of Africa.

One of Iraq’s oldest Christian communities struggles with religious diversity 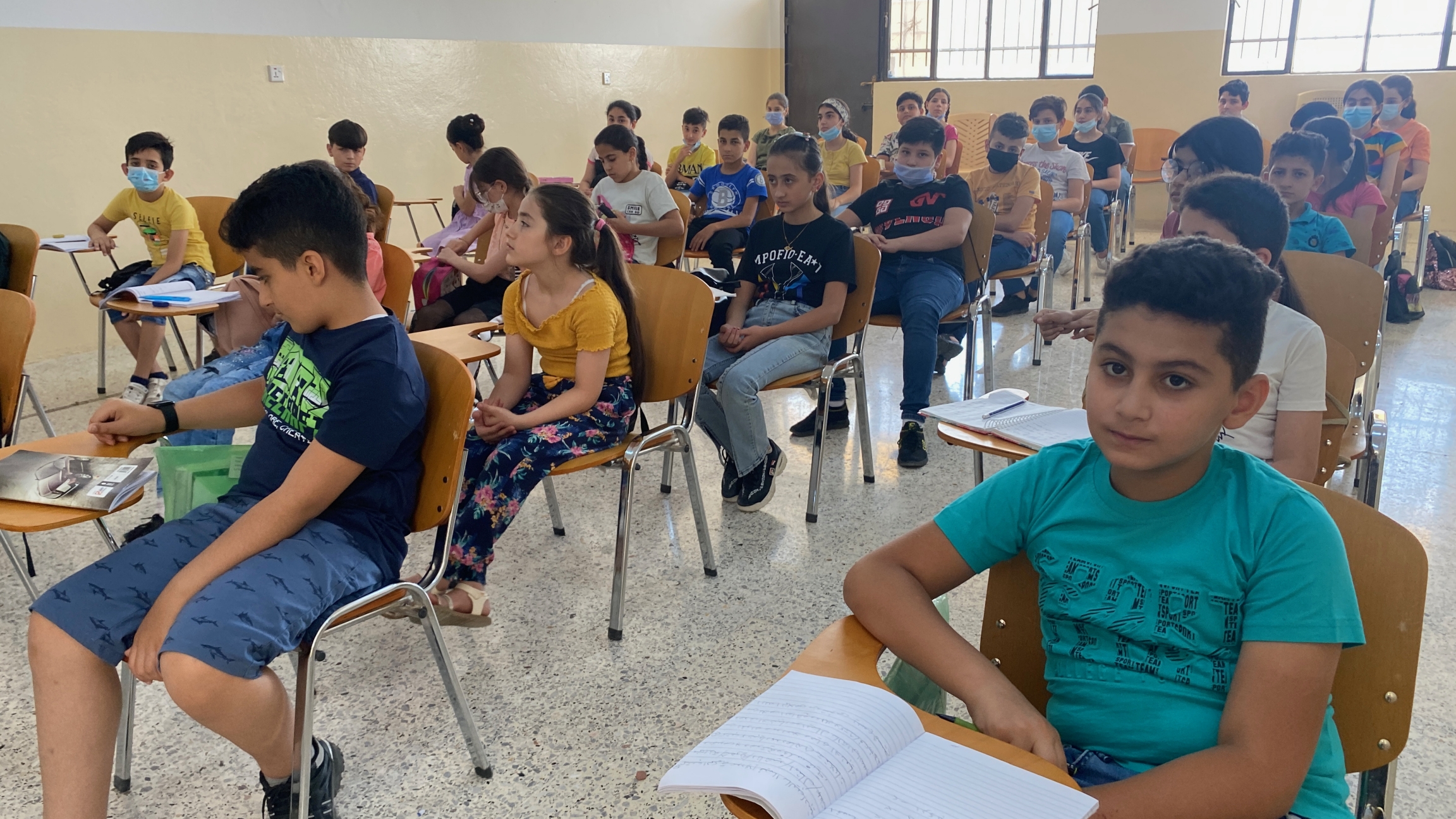 Iraqi Christian children prepare for their First Communion in Bartella.

Bartella, a historically Christian town of about 15,000 people, is one of the world’s oldest Christian communities — but Christians here are now a minority. 🎧

All the children in this class, and their families, fled when ISIS took the town in 2014. Many of their families sought refuge in the Kurdish areas of Iraq. Now, they are back, but more than half of the Christians from Bartella never returned. 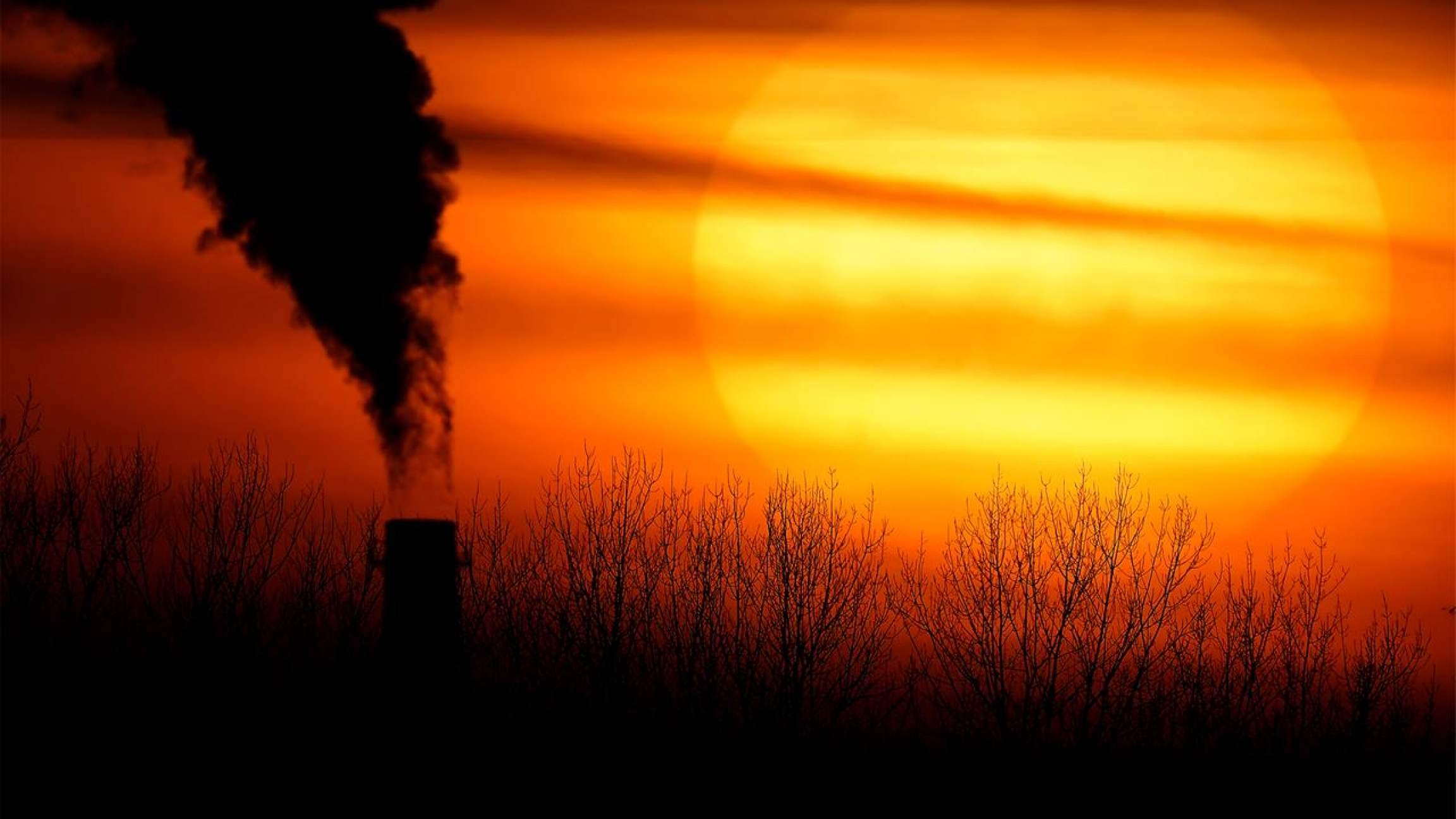 Emissions from a coal-fired power plant are silhouetted against the setting sun in Independence, Mo.

Authors of this week's UN climate assessment found that unless there are “immediate, rapid and large-scale reductions” in greenhouse gas emissions, the most ambitious climate targets will soon be out of reach. The report laid out a menu of five different future worlds, each corresponding with a different level of emissions. What would it actually look like to pick that most habitable world? 🎧

Haiti's image around the globe is often negative, but the Haitian band Lakou Mizik wants to change that perception. They want to highlight the beauty and culture of the island nation. And the way they do that is through music. Steeve Valcourt of the band spoke to host Marco Weerman 🎧 about Haiti, music and their new album "Leave the Bones."

🎶We made a Spotify playlist with some music from Lakou Mizik — and other artists that we've featured on the show. 🎶 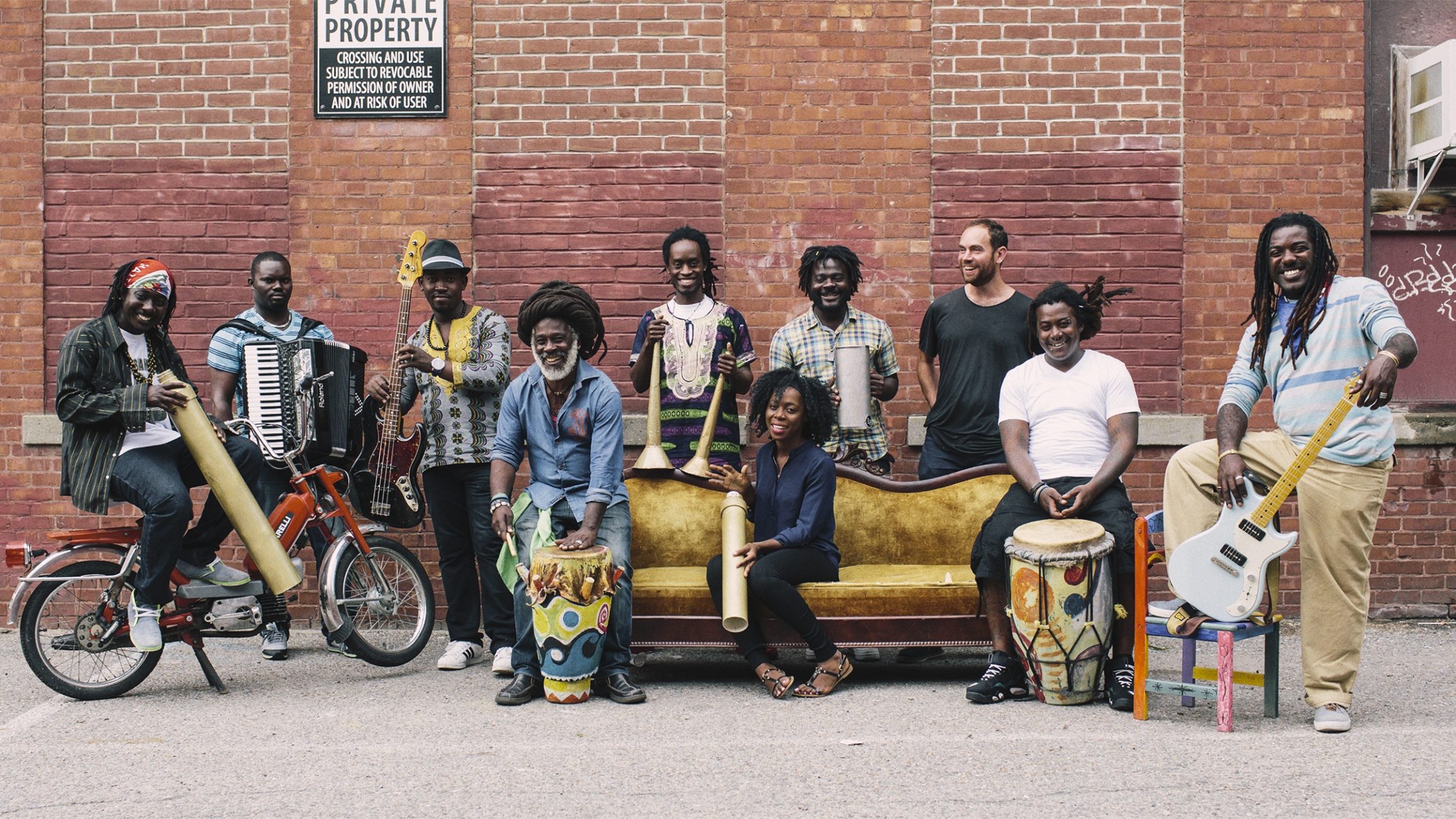 Listen: Taliban fighters are in the streets of Afghanistan's third-largest city 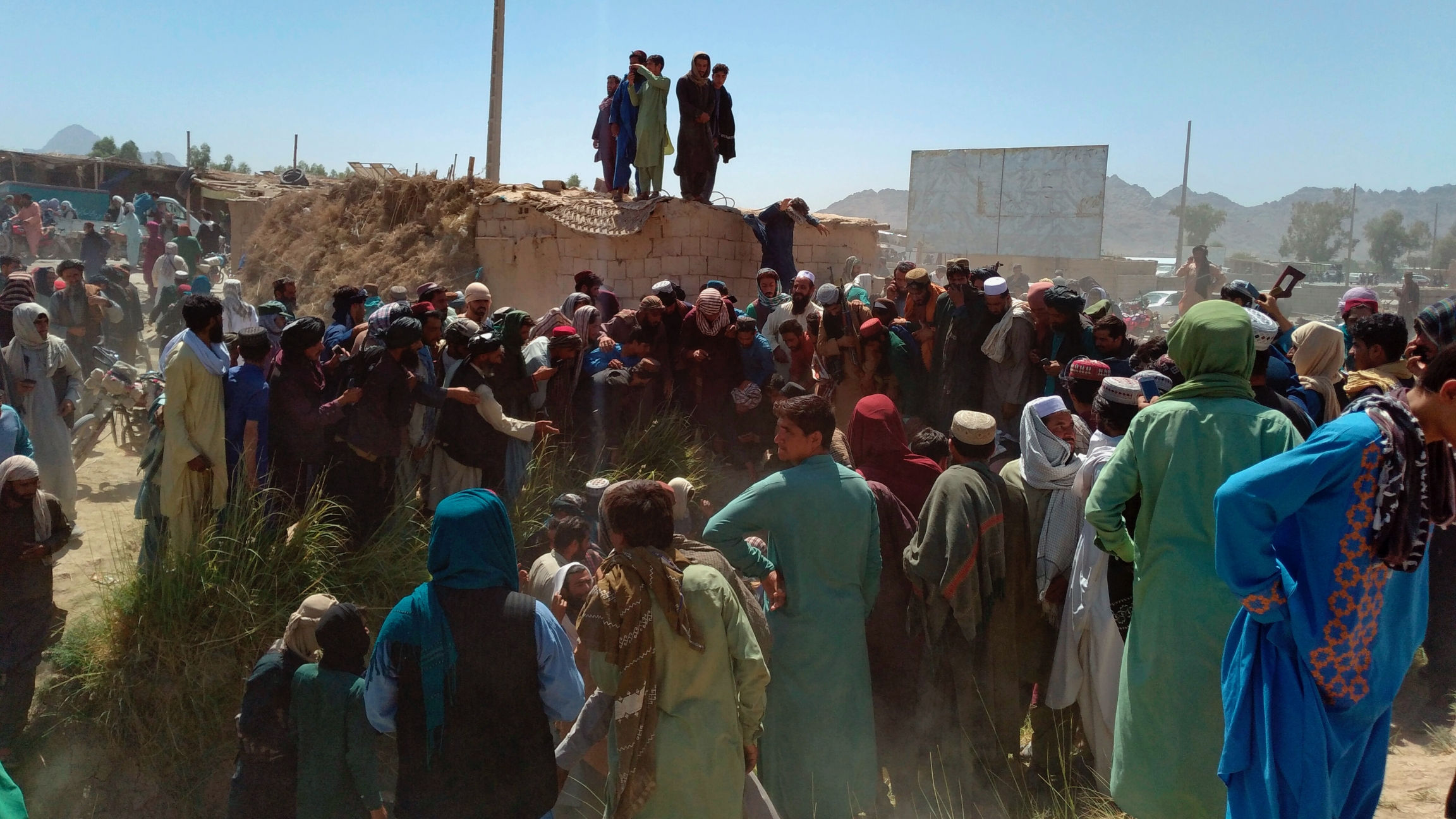 Taliban fighters and Afghans gather around the body of a member of the security forces who was killed, inside the city of Farah, capital of Farah province, southwest Afghanistan, Aug. 11, 2021. Afghan officials say three more provincial capitals have fallen to the Taliban, putting nine out of the country’s 34 in the insurgents’ hands amid the US withdrawal. The officials told The Associated Press on Wednesday that the capitals of Badakhshan, Baghlan and Farah provinces all fell.

Taliban fighters are in the streets of Afghanistan's third-largest city. Also, the new climate report from the UN calls for rapid reductions in greenhouse gas emissions. We get a reality check on the massive effort needed to meet climate goals. And, an Olympic gold medalist from Jamaica thanks the volunteer who helped him get to his competition on time.