More than 11,000 athletes are making their way to Japan for the Summer Olympics. They’ll compete across 33 sports and 339 events. This year, four sports — karate, skateboarding, sport climbing and surfing — are making their debuts.

But securing a spot at the Olympics isn’t a lifelong promise. The International Olympic Committee (IOC) has cut sports like plunge-for-distance, tug of war and rope climbing out of the Games, but competitions have continued outside the Olympic ring.

Fans and competitors of plunge-for-distance know this well. The event had its one-and-only Olympic appearance in 1904, with just a small handful of athletes. Competitors dove into a pool and tried to glide as far as they could in 60 seconds without moving their arms or legs.

“It was just floating and gliding. So they had to get a really good angle of entry into the pool and see how far they could go.”

“And also without breathing,” added Dave Parrington, whose grandfather Frank Parrington, of England, holds the world record in the event. “It was just floating and gliding. So they had to get a really good angle of entry into the pool and see how far they could go.”

Related: PHOTOS: Olympic guests get view of Tokyo — from the bus 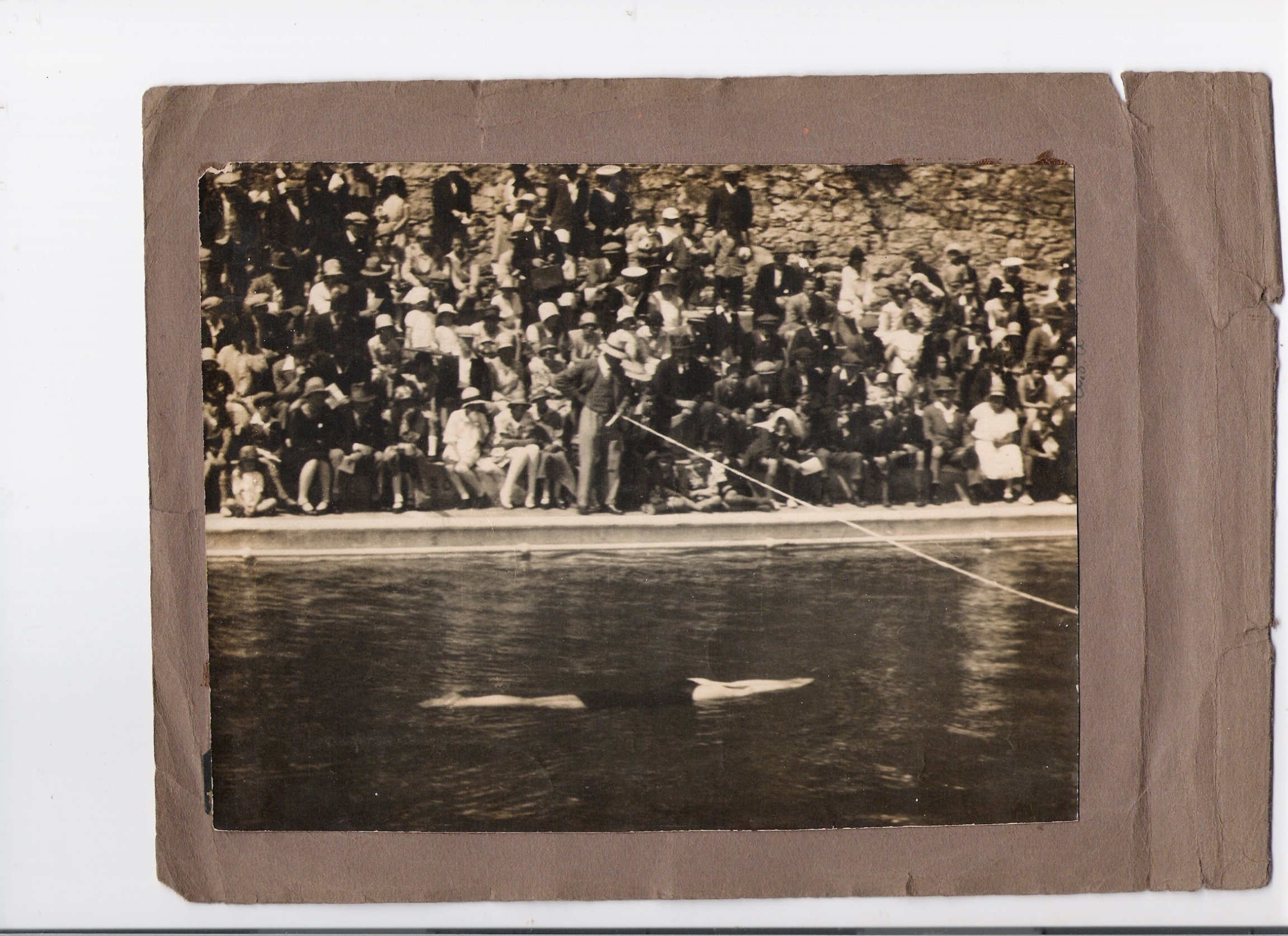 An undated black and white picture of Frank Parrington, who holds the world record for the plunge-for-distance event.

Parrington, who is now the head diving coach at the University of Tennessee, said his grandfather passed down the sport through the family. Even now, decades later, he still works it into his own swimming workouts from time to time. Although he’d love it, he doesn’t expect plunge-for-distance to return to the Games.

"It's kind of boring, watching somebody just sort of floating along the surface, you know?” Parrington said. Still, he rejects the idea that it’s an effortless sport. The best plungers had strong legs and shoulders, he said, and were also nicely buoyant.

“Because you’re floating, gliding. And once you come up to the surface, you want to [stay] on the surface,” he said. “So you want to have a little bit of extra body fat.”

While plunge-for-distance sport is no longer part of formal competitions, other discontinued Olympic sports are still popular, including the gym class special: rope climbing.

“A lot of people hate [rope climbing] ... because during gym class, every teacher wants them to climb, and a lot of people can’t.”

“A lot of people hate it,” said Tomáš Filip, an executive committee member of an organization that runs rope climbing competitions in the Czech Republic. “Because during gym class, every teacher wants them to climb, and a lot of people can’t.”

Filip said the sport has a rich history in the Czech Republic because of Bedřich Šupčík, a Czech athlete who won the rope climbing event at the 1924 Games in Paris.

“And it was the first gold medal for our Republic,” Filip added.

Rope climbing was last seen on the 1932 Olympic stage. Participation dwindled for decades, but it picked back up in the early 1990s. Filip said now, in the Czech Republic, about 100 people still compete in rope climbing every year. Still, it’s not considered a professional sport, so Filip said it’s unlikely to make it back to the Olympics.

But another backyard favorite might have a better chance: tug of war.

“Everybody knows tug of war because everyone plays it or has played it at school, or whatever.”

“A lot of people like it,” said Maaike Hornstra, secretary-general of the Tug of War International Federation (TWIF). “Everybody knows tug of war because everyone plays it or has played it at school, or whatever.”

Hornstra knows the game well. She’s competed in tug of war at five World Games — the highest level of the sport. It hasn’t been seen at the Olympics since 1920.

Related: Will countries boycott the 2022 Winter Olympics in Beijing? 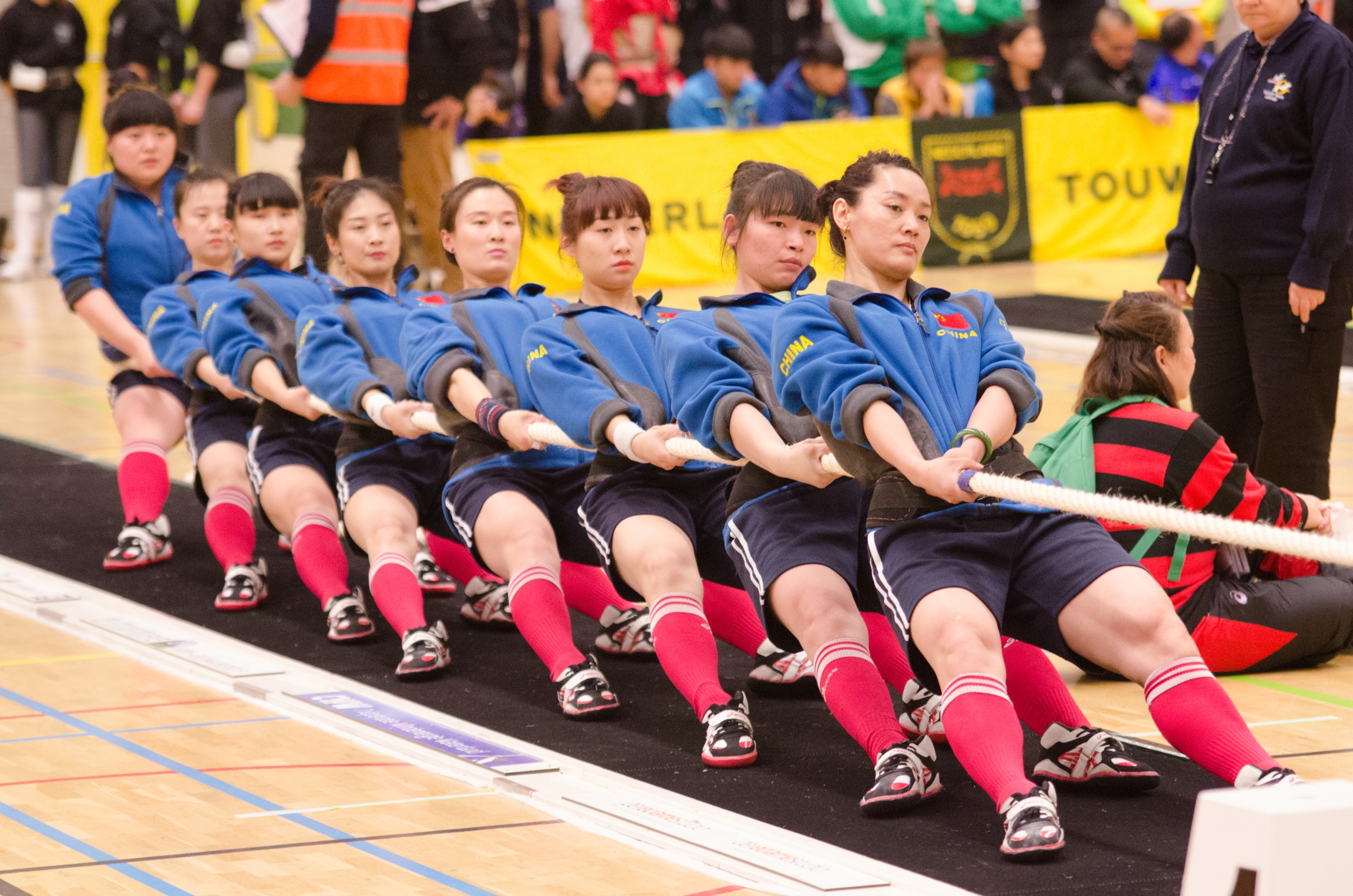 A team of women from China compete in a tug of war competition.

“We were removed from the program because the IOC wanted to reduce the number of sports and the number of athletes,” Hornstra said.

But athletes haven’t stopped competing. TWIF currently has 77 countries. Hornstra said the formal sport is similar to what many have done at parties and festivals, but there are specific rules and equipment.

“We have special boots, and they are prepared with an iron heel,” she explained. “So you have an iron plate under your heel to have more grip in the soil.”

Hornstra said tug of war is popular in Japan, so TWIF tried their best to get the sport back into the Olympics this summer. It didn’t happen. Now, they’re focused on making the 2028 Games in Los Angeles.

Related: Mexican immigrant wants the US to win Olympic gold

But to do that, Hornstra said they may have to change some of the rules to fit Olympic expectations, like cutting team sizes in half or putting a shorter time limit on each pull.

“To be honest, at this moment, I don’t think all the countries are ready for that. And that’s something to work on,” she said. Tug of war is also not yet considered a professional sport, so athletes would need to commit to a new level of training if they wanted to go to the Games.

“There is still a lot of work to do to get tug of war back in the Olympics.”

Until then, Hornstra and others will proudly pull in tug of war matches in arenas where they are welcome — under the Olympic rings, or not.