Looking at Point Roberts, Washington, on a map, it’s easy to see how the small town of roughly 1,000 residents depends heavily on Canada. 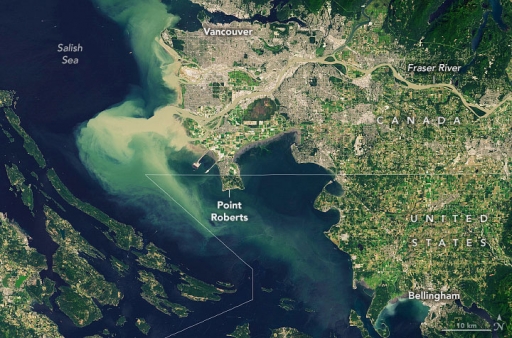 A map of Point Roberts situated on a peninsula in Puget Sound.

Point Roberts, situated on a peninsula in Puget Sound, miles away from the US mainland, shares its only land border with Canada. Citizens there can’t cross because of COVID-19 restrictions.

That’s been a big problem for the relatively few business owners who have managed to stay afloat for the past 16 months, ever since the US and Canadian governments imposed border shutdowns on each other.

“This should be my absolute kick-butt week of the year,” said Ali Hayton, owner of the Point Roberts International Marketplace grocery store.

Instead, her aisles were almost entirely devoid of customers on Canada Day, just ahead of the Fourth of July weekend.

Hayton typically generates enough sales in the summer to carry the store through the sleepy winters. But that wasn’t the case last year when she posted her first six-figure loss. And it might not be the case this year, either.

Nevertheless, the shelves remain stocked: Hayton recently received $100,000 in emergency funds from Washington state’s strategic reserves to help prop up the store, which is Point Roberts’ only full-service grocery.

While grateful for the grant, she said it’s only a Band-Aid on the gaping wound opened by the continued closure of the US-Canada border.

Related: Park gives escape to those separated by US-Canada border

“Soul-crushing is the only way I can describe it," Hayton said of the most recent monthly extension of the border shutdown. "It was the first time I ever felt absolutely defeated. Like, I can’t do this anymore.”

Despair is mounting not only for Hayton but the economy at large in Point Roberts, which is 90% dependent on Canadian participation, according to the town's chamber of commerce. 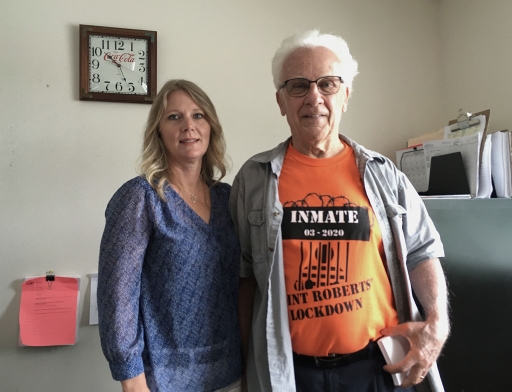 Ali Hayton, owner of Point Roberts International Marketplace, poses at her office alongside Brian Calder, president of the Point Roberts Chamber of Commerce.

“It feels like you’re locked in a cell,” said Chuck Laird, manager and part owner of the Point Roberts Shell Center gas station and convenience store.

Before the pandemic, the store employed 18 full-time workers. Now it’s down to just one: him.

“And we can’t afford to make my regular paycheck," Laird said. "I’m working … double hours for the same amount of money. My daughter’s over here working for free, just to keep the doors open.”

But while business owners are holding out hope for the US to soon lift its lockdown at Point Roberts’ sole port of entry — which the federal government could do unilaterally, without reciprocity from Canada — even that may present problems.

“Now, my biggest fear is it’s going to reopen, and there’s no staff,” said Beth Calder, manager and part-owner of Point to Point Parcel, a shipping and receiving warehouse on the same block as the port of entry.

Related: Do US-living descendants of tribes in Canada have rights north of the border?

“I laid off eight of my 10 staff last March, and most of them have relocated. So, I’ve been struggling trying to find staff to start coming back with the anticipation of the border actually reopening. And I’m not getting anywhere.”

“I laid off eight of my 10 staff last March, and most of them have relocated. So, I’ve been struggling trying to find staff to start coming back with the anticipation of the border actually reopening. And I’m not getting anywhere.”

She estimates that prepandemic, at least 95% of her business came from Canadians who would drive across the border to pick up their packages at Point to Point as a way to avoid costly international shipping.

But now, barred from crossing that border, many Canadians are opting to leave their packages sitting at the warehouse rather than pay for international shipping costs, which Calder says has risen during the pandemic.

Whereas before the pandemic she would hold a package for up to six weeks, now Calder is holding them for months on end — with the oldest one in her warehouse dating back to December 2019.

“We just celebrated our 20-year anniversary of being in business. We almost feel like we’ve kind of gone back 20 years.”