Haiti
While the search continues for the killers of Haiti’s President Jovenel Moïse, Haiti's National Police said that it has 17 suspects in custody, including two American citizens and a group of Colombian nationals who are retired members of the Colombian military. Taiwan confirmed that 11 of the suspects were arrested after breaking into a courtyard at its embassy compound. Colombia’s President Iván Duque has ordered his country’s army and police to cooperate in the investigation. Gunmen shot Moïse in his home on Wednesday, also injuring his wife. Authorities say members of the hit squad were in the country and preparing for the attack for around three months. A tense calm continues to grip the capital Port-au-Prince, with growing public anger over the murder.

Afghanistan
President Joe Biden defended the US troop withdrawal from Afghanistan during remarks at the White House on Thursday. He rejected criticism that the country would spiral into civil war or face an inevitable Taliban takeover. Meanwhile, a Taliban delegation in Moscow announced that the group now controls 85% of Afghan territory, but the claim remains unverified. The Taliban also captured two strategic border crossings, one of them in the northwest Herat province that serves as a gateway to Iran.

South Sudan
South Sudan celebrates 10 years of independence. But the past decade has been filled with fighting, corruption and a humanitarian crisis. South Sudan broke away from Sudan in 2011 after decades of civil war ended in a comprehensive peace agreement in 2005. Unrest in the young country has left up to 400,000 people dead and has displaced another 4 million, with millions more suffering from chronic hunger. Salva Kiir, the country’s first and only president, vowed that the nation would not return to war. “Let us work altogether to recover the last decade and put our country back to the path of development in this new decade," he said in his address to the nation. 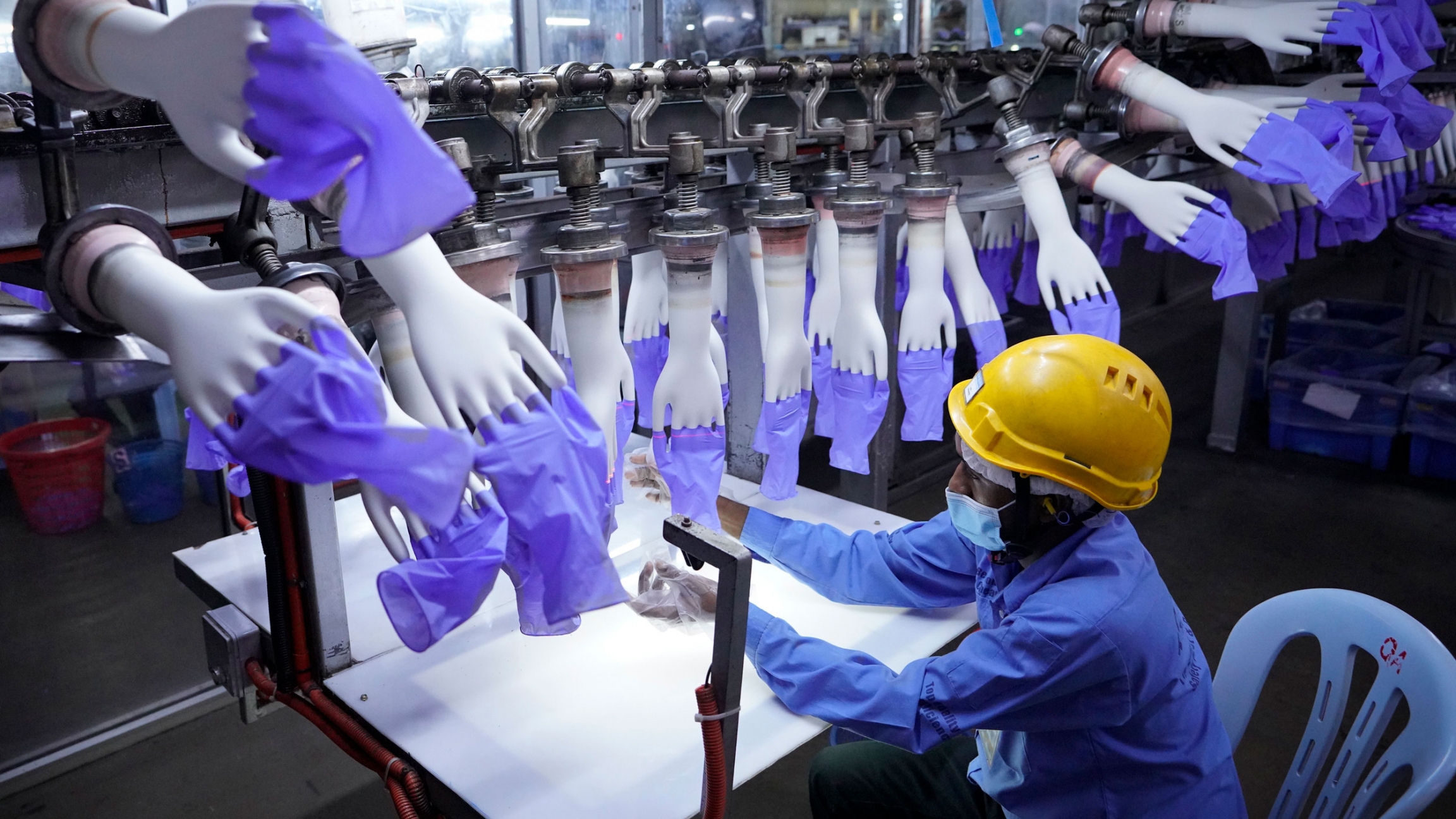 A worker inspects disposable gloves at the Top Glove factory in Shah Alam outside Kuala Lumpur, Malaysia, Aug. 26, 2020. Malaysia's government pledged Monday, July 5, 2021, to take steps to eliminate forced labor after the country was downgraded by the US to the worst level in an annual report on human trafficking.

The Biden administration’s first comprehensive annual review of modern slavery is causing shockwaves around the world.

For the first time, the TIP report placed a NATO member — Turkey — on the congressionally mandated list of countries that use child soldiers. The Turkish foreign ministry blasted the US, calling the accusations unfounded and unacceptable. It added that the report is, quote, "the most striking example of hypocrisy” and “double standards." 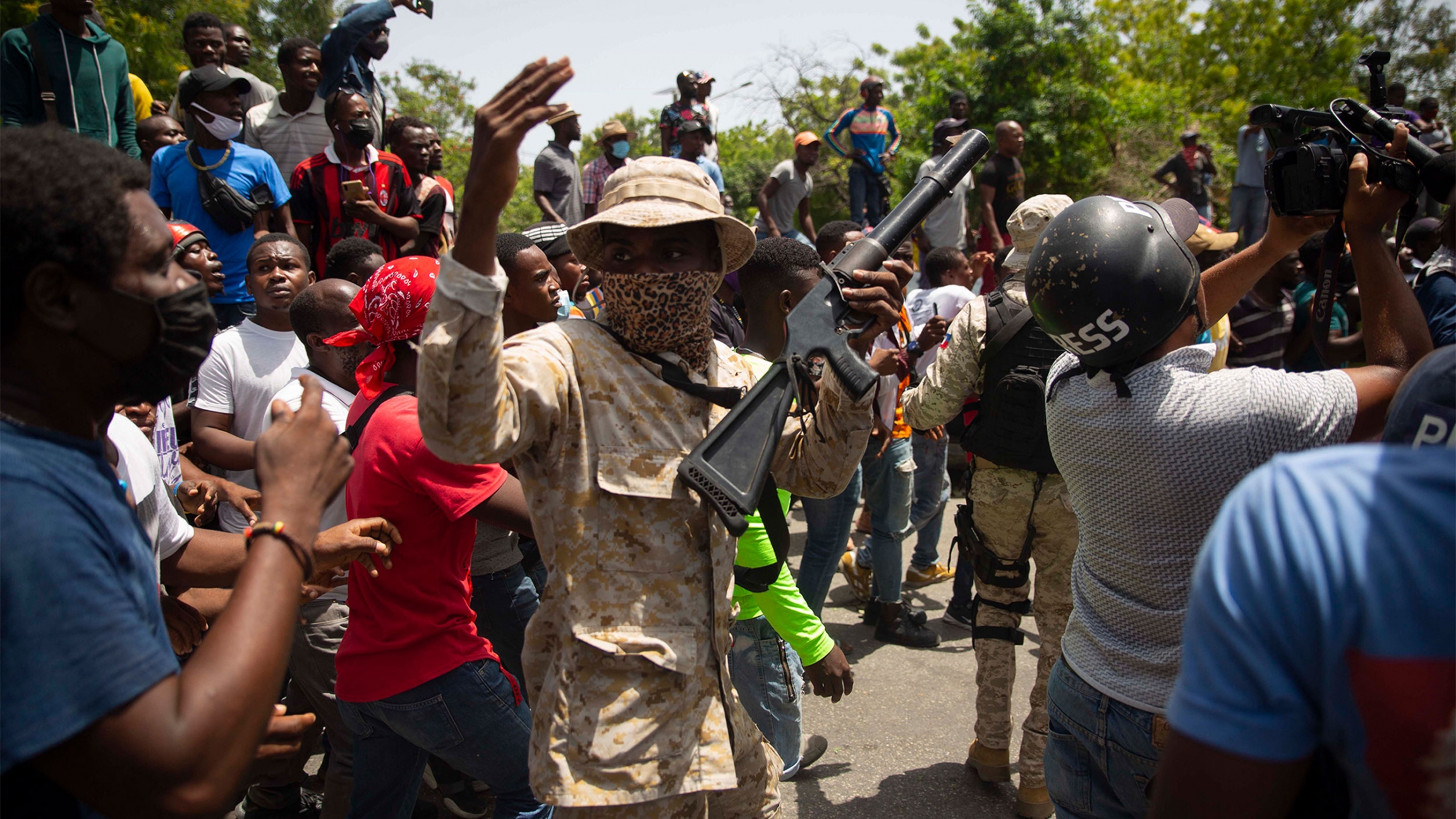 Police stand amid a crowd protesting against the assassination of Haitian President Jovenel Moïse near the police station of Pétion-Ville in Port-au-Prince, Haiti, July 8, 2021.

Pamela White served as US ambassador to Haiti from 2012 to 2015 and is now with the School of Policy and International Affairs at the University of Maine. She discussed the situation in Haiti with The World's host Marco Werman.

It’s 69 feet tall! This is the world’s biggest sandcastle, built in Blokhus, Denmark, by Dutch creator Wilfred Stijger with the help of 30 sand sculptors. They used 5,000 tons of sand — and up to 10% clay to keep it all together — to shape and intricately decorate the structure with beach houses, windsurfing and even COVID-19 themes.

Denmark may have been kicked out of the Euros, but https://t.co/VCZ1V9BYbJ 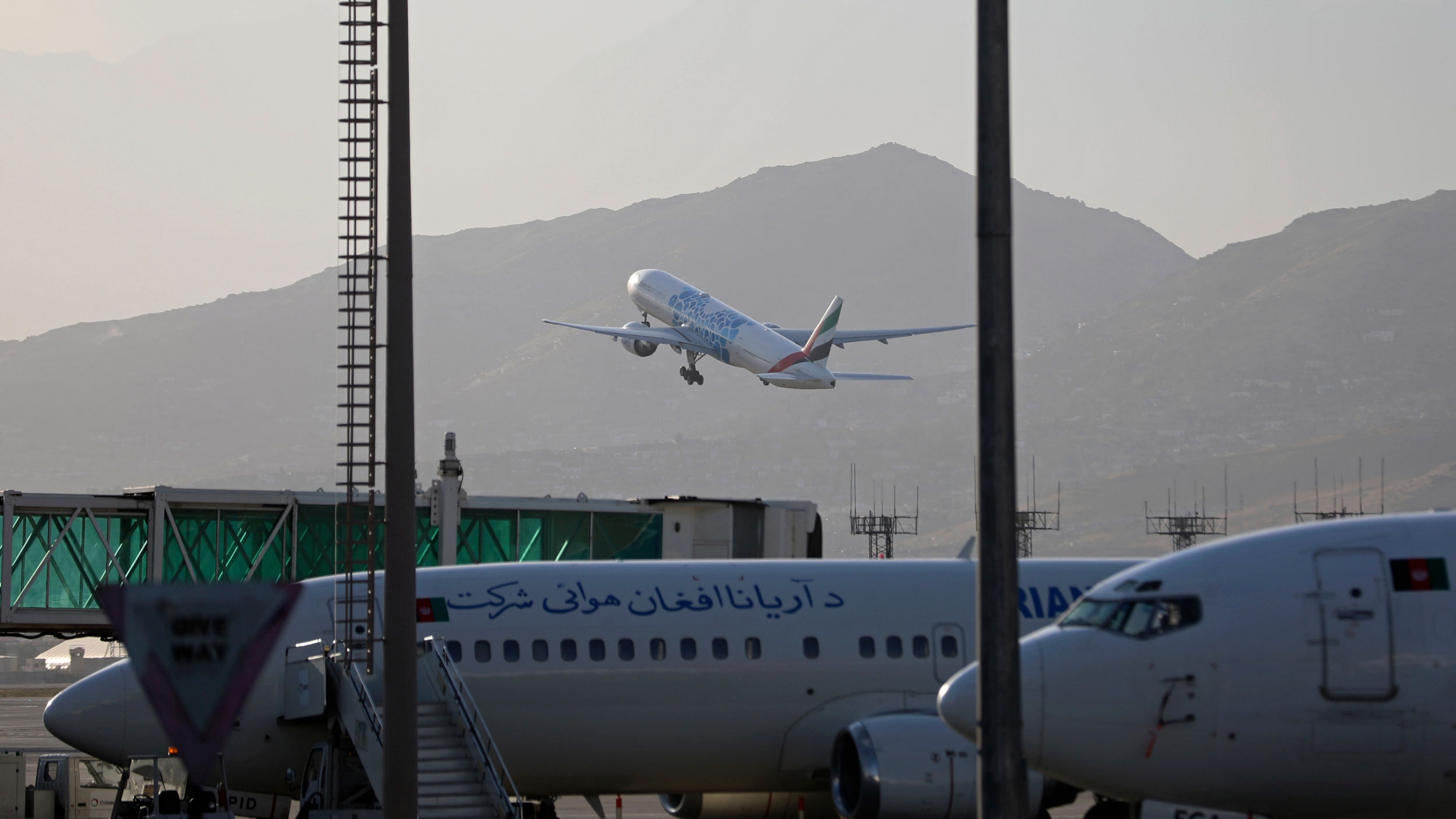 A plane takes off from Hamid Karzai International Airport in Kabul, Afghanistan, July 4, 2021. As America’s “forever war” rapidly winds down, the US Embassy and other diplomatic missions in Kabul are looking at a worsening security situation and how to respond.

As American troops exit Afghanistan, the Taliban continues to take control over more and more territory. On Thursday, President Joe Biden sought to reassure Afghan allies about the future of US-Afghanistan relations. And, more than two dozen scientists at the global World Weather Attribution group worked nonstop over the past week to determine whether the Pacific Northwest's record-breaking heat wave was caused by climate change. The answer was a resounding yes. Also, Erika Avellaneda, a 9th grader in Ottawa, Ontario, says it took 143 hours and 17 rolls of duct tape to create her detailed, two-piece prom dress.