Lake Van, an interior saltwater lake in eastern Turkey, has become one of the most dangerous passages for asylum-seekers from Afghanistan.

One of its deadliest wrecks in modern history occurred on June 26 last year, when 61 asylum-seekers aboard a fishing boat died after their boat capsized. Only the smuggler survived, by swimming to shore.

Related: New Danish law would send asylum-seekers out of Europe

“The people who live beside the lake said this trafficking has continued for 10 years, because of the checkpoints on the road which connect Van to other provinces. ... In order to skip those checkpoints, they use Van Lake.”

“The people who live beside the lake said this trafficking has continued for 10 years, because of the checkpoints on the road which connect Van to other provinces,” said Mahmut Kaçan, an attorney with the Van Bar Association. “In order to skip those checkpoints, they use Van Lake.”

To Kaçan, the tragedy was another example of the deadly risks asylum-seekers have taken to avoid stepped-up migration controls.

Kaçan’s legal team now represents the victims’ families in Afghanistan, and they’re using a video shot by one of the deceased passengers as a key piece of evidence when they take the case to court.

In the video, dozens of men appear under the decks of the fishing boat as it crosses Lake Van. It shows some men with their heads down, seemingly seasick. One clasps a wedding ring. Others joke with their friends in Pashto. There’s hardly room to move.

“We’re about to arrive, the way is short now,” the man filming said. He finished the recording and sent it to his family as a check-in. About 15 minutes later, the boat hit rough weather and capsized.

At a municipal graveyard in Van, several victims of the wreck were buried with modest wooden markers of their final resting places — thousands of miles from their families.

Related: Claims that Greece pushes back migrants to Turkey are rising 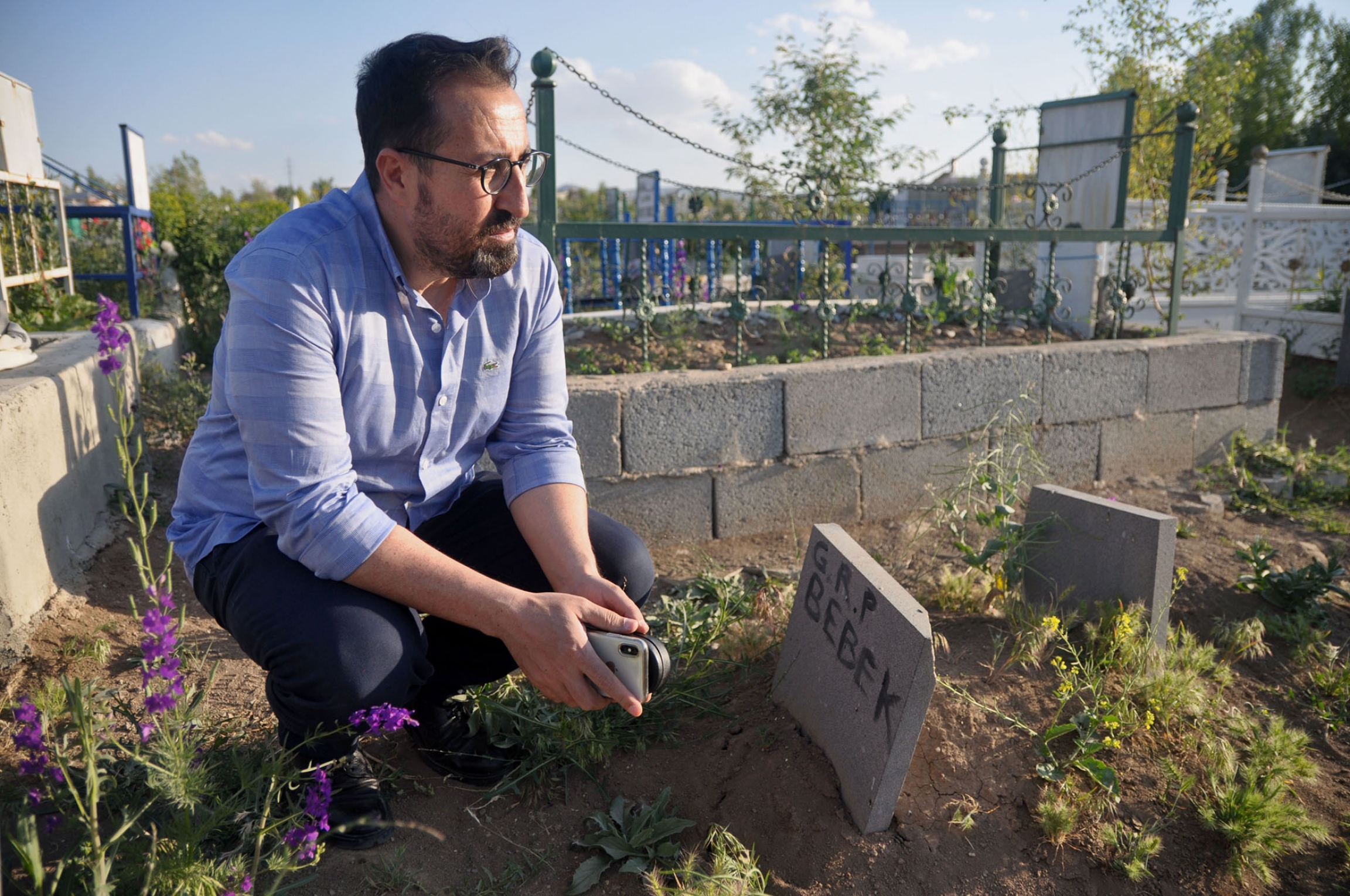 Mahmut Kaçan, an attorney with the Van Bar Association, sits near a grave for an infant who died on the journey to Turkey. Part of Kaçan’s work involves trying to contact the relatives of asylum-seekers who die of exposure or in accidents, such as the shipwreck on Lake Van. Sometimes, he learns that the dead were buried in their clothing, not in accordance with their Muslim beliefs. “It was like a second trauma for [the families],” he says.

These boats, Kaçan said, are regular fishing boats hired by smugglers. They take off in isolated areas to avoid police, packing as many as 80 people in the hold. Life jackets aren’t even a consideration.

It’s not just the lake.

In the early months of 2020, at least 23 people froze to death while crossing the Zagros Mountains that divide Iran and Turkey. Others died in car accidents on the roads. Though there have been fewer deaths so far this year, Kaçan believes the death toll will rise as Europe loosens COVID-era restrictions along its borders.

“Smuggling turned into an industry in recent years,” Kaçan said. “It’s not a risky job for them ... Even if you’re arrested, you don’t stay in jail for long.”

These tragedies do little to deter the people currently risking their lives to flee Afghanistan.

Taliban attacks on civilians and aid workers have escalated in recent weeks in an annual spring offensive, including an explosion that killed 85 people, mostly students, at a girls’ school in Kabul. The Taliban particularly targets the Hazara ethnic group because many practice Shia Islam, considered heretical by Taliban militants.

US troops began pulling the last of its approximately 3,500 troops out of Afghanistan last month, in line with President Joe Biden’s pledge to retreat from the country entirely by Sept. 11, 2021.

There are already 3 million people in Afghanistan who have been internally displaced by conflict, drought or joblessness amid a grueling 20-year war. If the Afghan government and Taliban fail to reach an agreement in the coming months, the ensuing power vacuum could be catastrophic for Afghan civilians.

One asylum-seeker in Van, traveling with her husband and three young children, said the family decided to leave Afghanistan’s Logar Province out of a desire to send their children to school. Under the Taliban’s control of the country from 1996 to 2001, girls were forbidden from attending classes, and women were largely barred from public life.

“I want my daughter to study to be a doctor,” she said in Farsi. 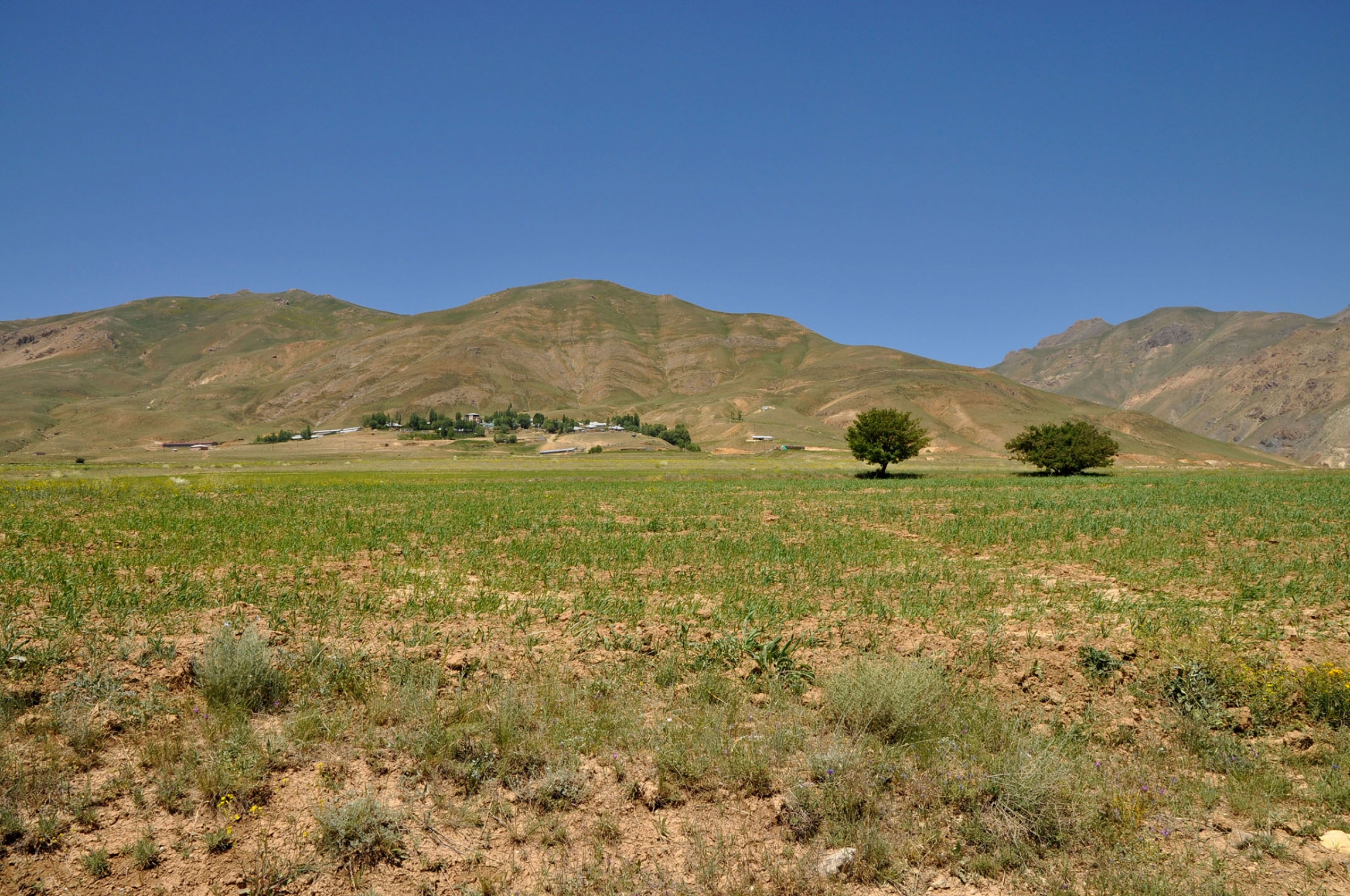 A view of Başkale, a rural Turkish district dotted with small villages, near the Iranian border. The area is one of three districts where migrants who cross the Zagros Mountains often enter into Turkey.

'We were in the middle of nowhere'

Travelers say the journey is dangerous, but the risk of staying creates an impossible calculation.

“You go to the market, there’s a bomb explosion. You walk in the street, there are bomb explosions. You never know. ... There’s no work, life there is very difficult.”

“You go to the market, there’s a bomb explosion. You walk in the street, there are bomb explosions. You never know,” said one 19-year-old Afghan refugee, named Sami. “There’s no work, life there is very difficult.”

Sami is traveling with a group and spoke with The World while resting behind a bus station in Van, Turkey. The group crossed the border without permission and for this reason, The World is withholding his last name.

Sami speaks Turkish fluently, and arrived in Turkey five years ago after traveling alone from Afghanistan. He claimed asylum in Turkey, and attended high school.

He found out recently that his father passed away, leaving his elderly mother widowed and alone in Kunduz, a city in northern Afghanistan.

He decided to return to Afghanistan and bring his mother back with him to Turkey.

Their journey took a familiar route: From Kabul, the pair secured visas to Iran. Then, they paid a smuggler to take them through the Zagros Mountains — a steep range of snow-capped peaks.

After crossing into Turkey on foot, they were stopped by police, fed a hot meal, and deported back to the Iranian side of the border.

“We were in the middle of nowhere. If a wolf comes, we don’t even have a knife to defend ourselves,” Sami said. “But we didn’t have the strength to go back.”

They decided to try again, crawling past the patrol checkpoints on their hands and knees. Sami said it took eight hours.

“My mother was so slow. Every time, I had to ask our friends at the front [of the group] to please slow down,” he said.

Finally, when they reached the city of Van, they were told to wait for a car that would take them the rest of the way — an expensive decision, but one that carries fewer risks than crossing Lake Van by boat. Their destination was a city in western Turkey, where Sami’s brothers currently live.

'It's not illegal to seek asylum'

These experiences highlight several challenges that the international community is struggling to address: As nations close their borders to new immigrants and step up enforcement, desperate people take larger risks to get through.

“It’s not illegal to seek asylum,” said Babar Baloch, a spokesperson for the UN High Commissioner for Refugees, UNHCR.

“The best thing to do is to provide these desperate people access to asylum, to take them through a process so they don’t end up being abused by traffickers, smugglers or end up dying in the sea.”

“The best thing to do is to provide these desperate people access to asylum, to take them through a process so they don’t end up being abused by traffickers, smugglers or end up dying in the sea.”

So far in 2021, at least 823 people have died drowning in the Mediterranean Sea, according to the Missing Migrants Project. The numbers already show a clear rise from last year, when fewer people migrated to Europe during the pandemic.

Many people choose to stay in Turkey, at least temporarily.

In 2018, the UNHCR transferred refugee registration to the Turkish government. Afghans in vulnerable situations may be granted asylum, but are limited to staying within the province where they are registered. Applying for permission to work might take years.

“You cannot get a working permit, you cannot integrate into Turkish society,” said Kaçan, the attorney.

On another day, an unaccompanied 14-year-old Afghan child sat at the bus station alone, carrying only a backpack.

His traveling party, he said, had stolen the money he had saved to pay his smugglers. Now he was stuck — an older brother lives in another Turkish city, but he had no legal way to get there.

“They took everything I had,” he wrote in Farsi, through Google Translate.