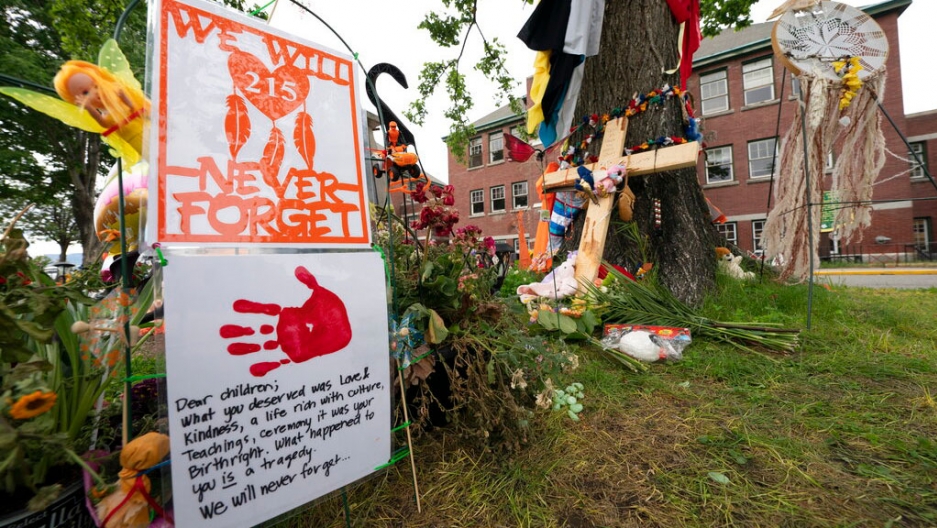 Signs are pictured at a memorial outside the Residential School in Kamloops, British Columbia, Canada, June, 13, 2021. The remains of 215 children were discovered buried near the former Kamloops Indian Residential School earlier this month.

First Nation graves
The Cowessess First Nation in Canada’s Saskatchewan province said on Wednesday that it found hundreds of unmarked graves at the a former Marieval Indian Residential School in the province of Saskatchewan, used in the 19th century to forcibly assimilate Indigenous children. The “horrific” discovery comes after the remains of 215 children were located at another former residential school in British Columbia in May. Canada’s Truth and Reconciliation Commission in 2015 released a report following an investigation into the residential school system and called the practice “cultural genocide.”

IAEA-Iran
The International Atomic Energy Agency’s (IAEA) agreement with Iran to allow monitoring of some of the country’s nuclear activities, expires on Thursday. The agreement was an extension of a temporary pact established to give breathing room to the ongoing negotiations over the US reentering the Joint Comprehensive Plan of Action, often referred to as the Iran nuclear deal. Iran will now have to decide on another extension. If an extension is denied, many experts fear it could hamper negotiations.

Forced labor
The Biden administration has ordered a ban on some imports of solar panel materials produced in China’s Xinjiang region over allegations of the use of forced labor. As part of the ban, the US Commerce Department added the Hoshine Silicon Industry Company, along with several other Chinese entities, to a trade blacklist, among other import and export restrictions. China is a dominant actor in the renewable energy supply chain. The move comes amid increasing international outcry over China’s treatment of Uyghur Muslims in Xinjiang, which has been labeled by the US State Department as genocide.

Vaccine mandates aren’t new. But do they work? 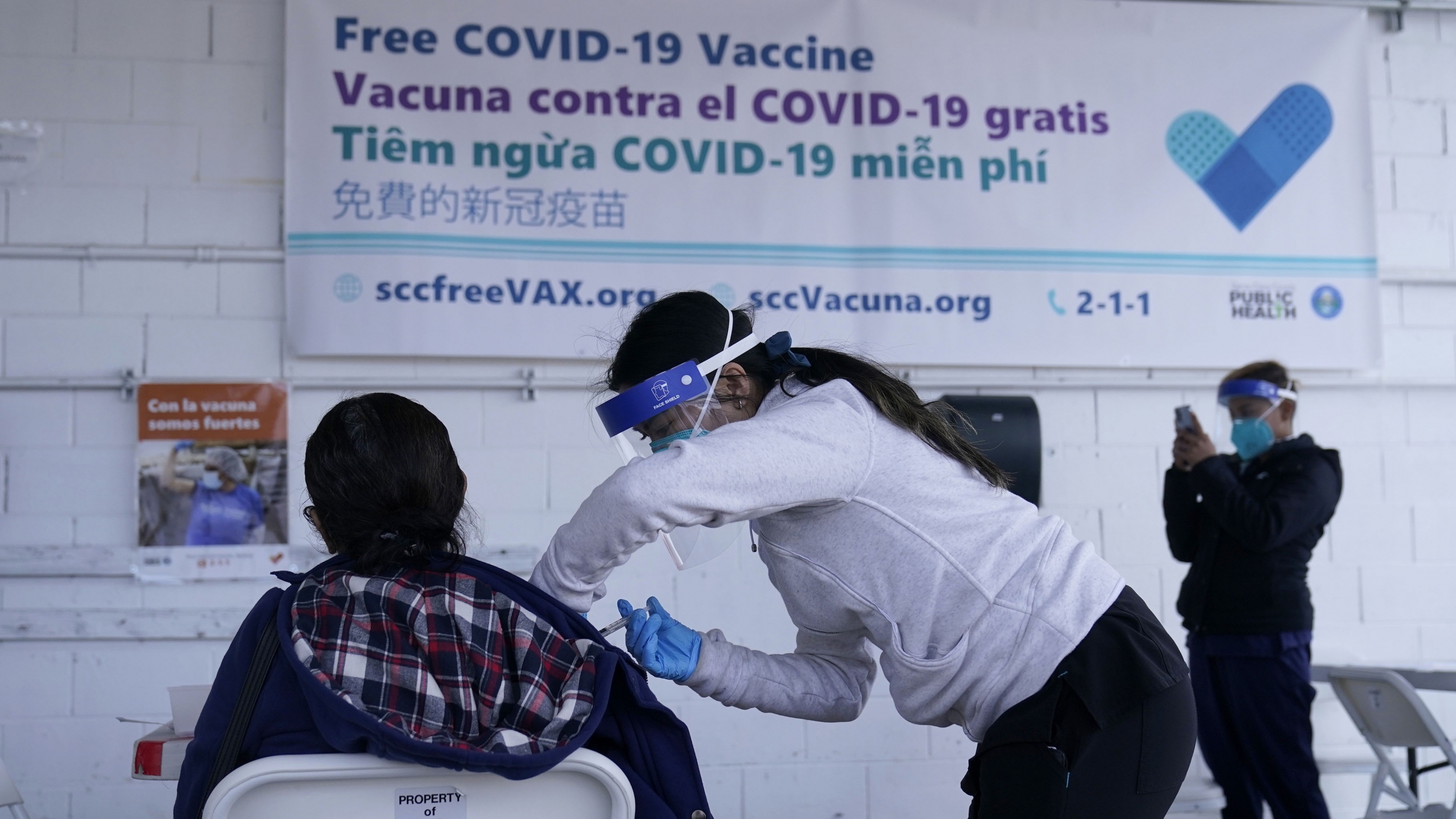 In this March 3, 2021, file photo, a member of the National Guard, center, administers the Moderna COVID-19 vaccine to a farmworker at a County of Santa Clara mobile vaccination clinic at Monterey Mushrooms, an agricultural employer under the United Farm Workers union contract, in Morgan Hill, California, Santa Clara County will require employers to ask employees whether they have been vaccinated against COVID-19 starting Wednesday, May 19.

The frustration with lagging vaccine campaigns in some regions — combined with new surges in cases and the spread of a potentially more transmissible delta variant — is prompting many leaders to move beyond incentives, like free cows and cash, to vaccine mandates.

Some parts of Pakistan and Indonesia have even introduced financial penalties for turning down a vaccine. In the United Kingdom, where the delta variant is rampant, Health Secretary Matt Hancock recently urged members of parliament to do more to improve the uptick in vaccinations. 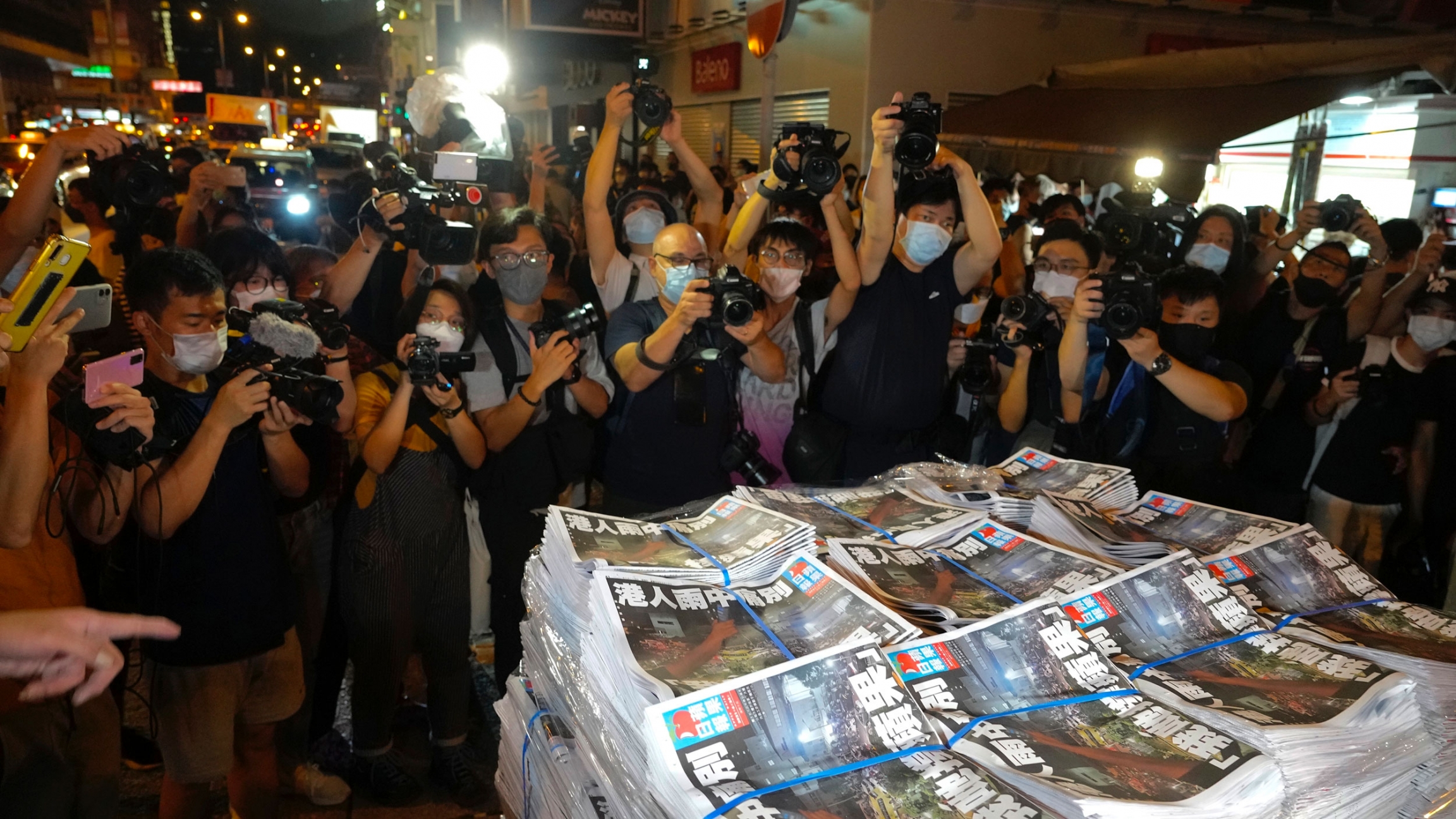 The last issue of Apple Daily arrives at a newspaper booth in Hong Kong, June 24, 2021.

The Apple Daily, Hong Kong’s biggest pro-democracy newspaper, is publishing its final issue. The move comes a week after authorities froze the outlet’s bank accounts, raided its offices and arrested top editors. The World’s Carol Hills spoke with Tom Grundy, the editor of the Hong Kong Free Press 🎧 about the chilling effects the closure has had on the island’s media landscape.

On their most recent album titled “Momma Exposed,” Seattle-based Haitian American artist Momma Nikki (who uses they/them pronouns for identity) pays tribute to their late father, Jean Bonny Etienne, and the complicated relationship they shared, with songs about belonging and reconciliation. Listen to their interview with Meklit Hadero as part of The World series "Movement," telling stories about migration through music. And, by the way, we made this Spotify playlist with tunes from all artists we have featured. Check it out! 🎸 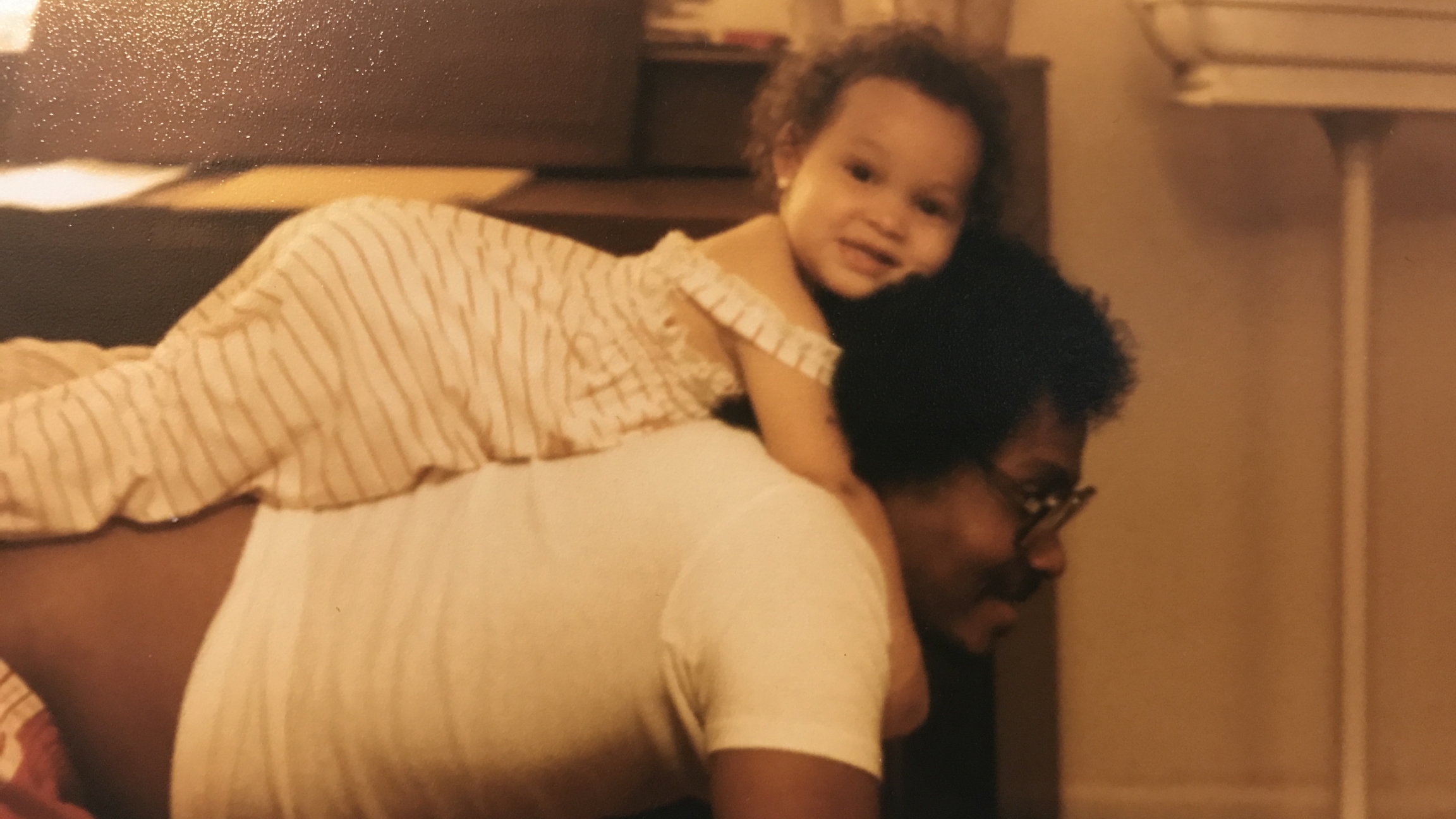 Momma Nikki as a child with their father Jean Bonny Etienne in an undated photo. 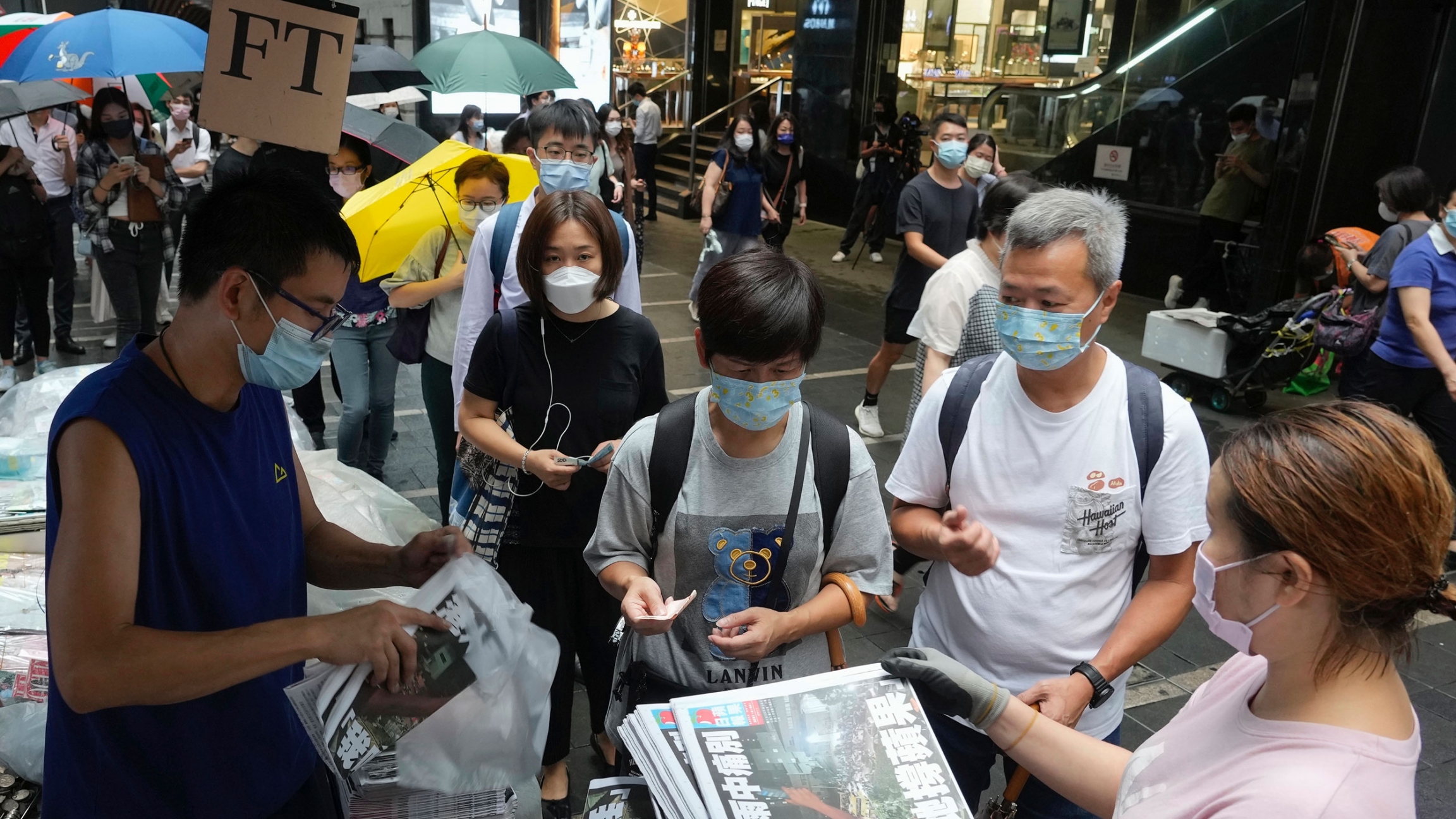 People queue up for last issue of Apple Daily at a newspaper booth at a downtown street in Hong Kong, June 24, 2021.

The Apple Daily, Hong Kong’s biggest pro-democracy newspaper, is publishing its final issue. The move comes a week after authorities froze the outlet’s bank accounts, raided its offices and arrested top editors. And, Hambali, an Indonesian pegged as al-Qaeda’s mastermind in Southeast Asia, was accused of plotting the “second wave” of 9/11 attacks. Now, after languishing at Guantanamo, Hambali will get his day in court in Washington, DC, this summer. Also, a heat wave in Russia has people heading to Siberia to play in the permafrost and cool down.