Peru election
Keiko Fujimori is in the lead in Peru’s runoff presidential elections, with rural teacher-turned-political novice Pedro Castillo trailing close behind. Keiko Fujimori, the daughter of imprisoned former president Alberto Fujimori, is in her third run for president. The polarizing populist candidates have promised COVID-19 vaccines for all and other strategies to alleviate the health emergency that has killed more than 180,000 people in Peru, and pushed millions into poverty. Amid protests and corruption allegations, the South American country cycled through three presidents in November.

Burkina Faso attack
At least 160 people were killed in Burkina Faso on Friday evening in the country’s deadliest attack in years. The assault, which took place in the Sahel’s Yagha province’s Solhan village, occurred at a local market, with several homes also being burned down by the armed men. “It is clear that militant groups have shifted up gears to aggravate the situation in Burkina Faso, and moved their efforts to areas outside the immediate reach of the French-led counterterrorism coalition fighting them...” said researcher Heni Nsaibia, with the Armed Conflict Location & Event Data Project. No group has claimed responsibility yet for the attack.

France Google deal
Google says it will make changes to its global advertising business, after France’s anti-competition watchdog fined the company $268 million for abusing its “dominant position,” in an unprecedented move. “[It’s] the first decision in the world to look into complex algorithmic auctions processes through which online display advertising works,” said Isabelle de Silva, head of the Competition Authority. The deal could help rebalance the power over advertising in favor of publishers, which held sway over the business in the pre-internet era, but lost control with the rapid rise of Google and Facebook.

Syrians outraged by WHO board election: ‘It’s like appointing a mass murderer to be the police chief’ 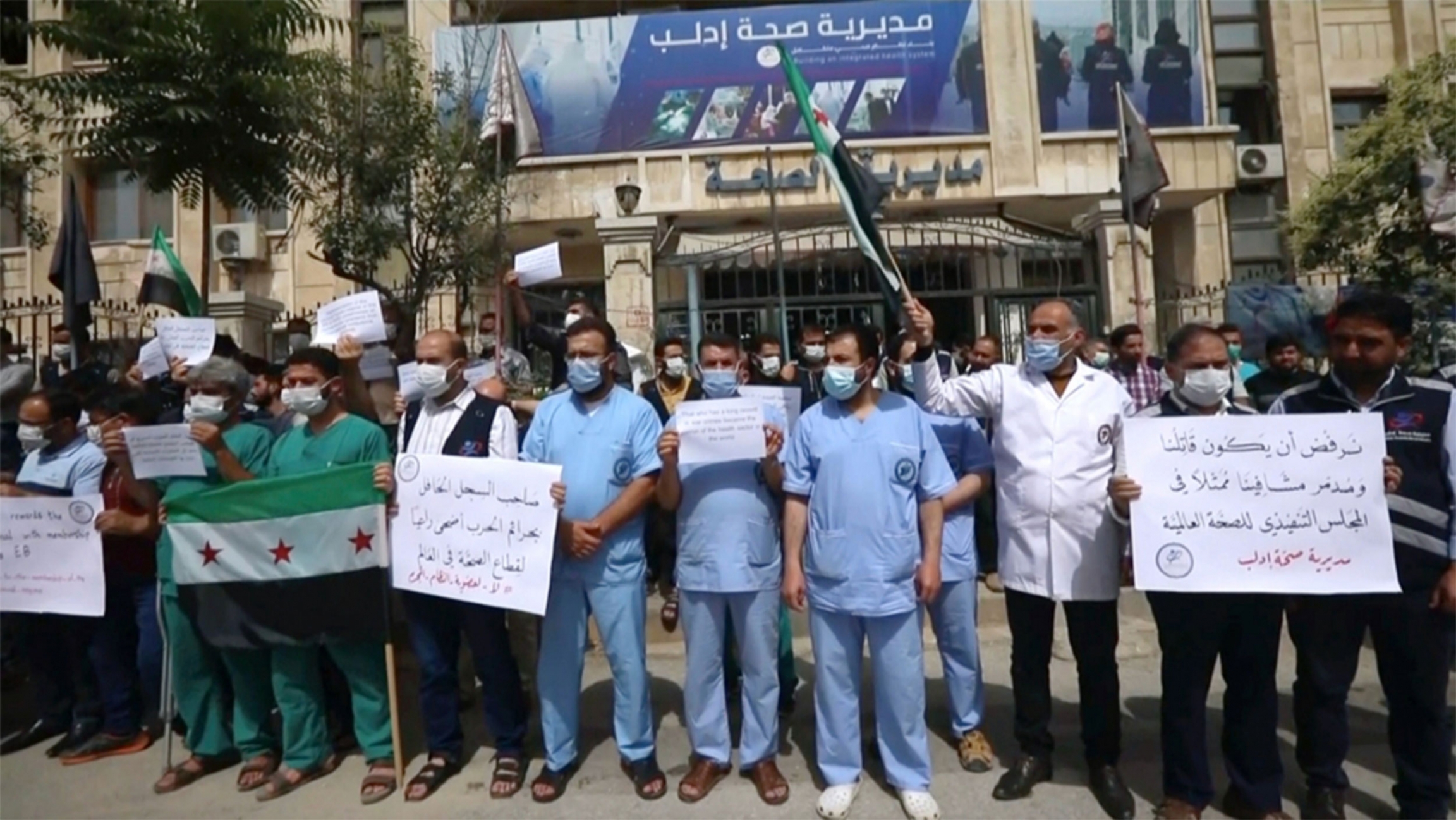 In this image taken from video, dozens of medical workers protest a decision to grant Syrian President Bashar al-Assad’s government a seat on the executive board of the World Health Organization, in Idlib, Syria, May 31, 2021.

The news that Syria has been appointed to the World Health Organization's executive board has outraged many Syrians who feel the Assad regime should be held accountable for war crimes, among them Dr. Zaher Sahloul, a Syrian American critical care specialist.

“I thought it was a joke. Like, it’s an Onion article,” he said. “Then when I confirmed the news, you know, I felt really sad. It’s like appointing a mass murderer to be the police chief.” 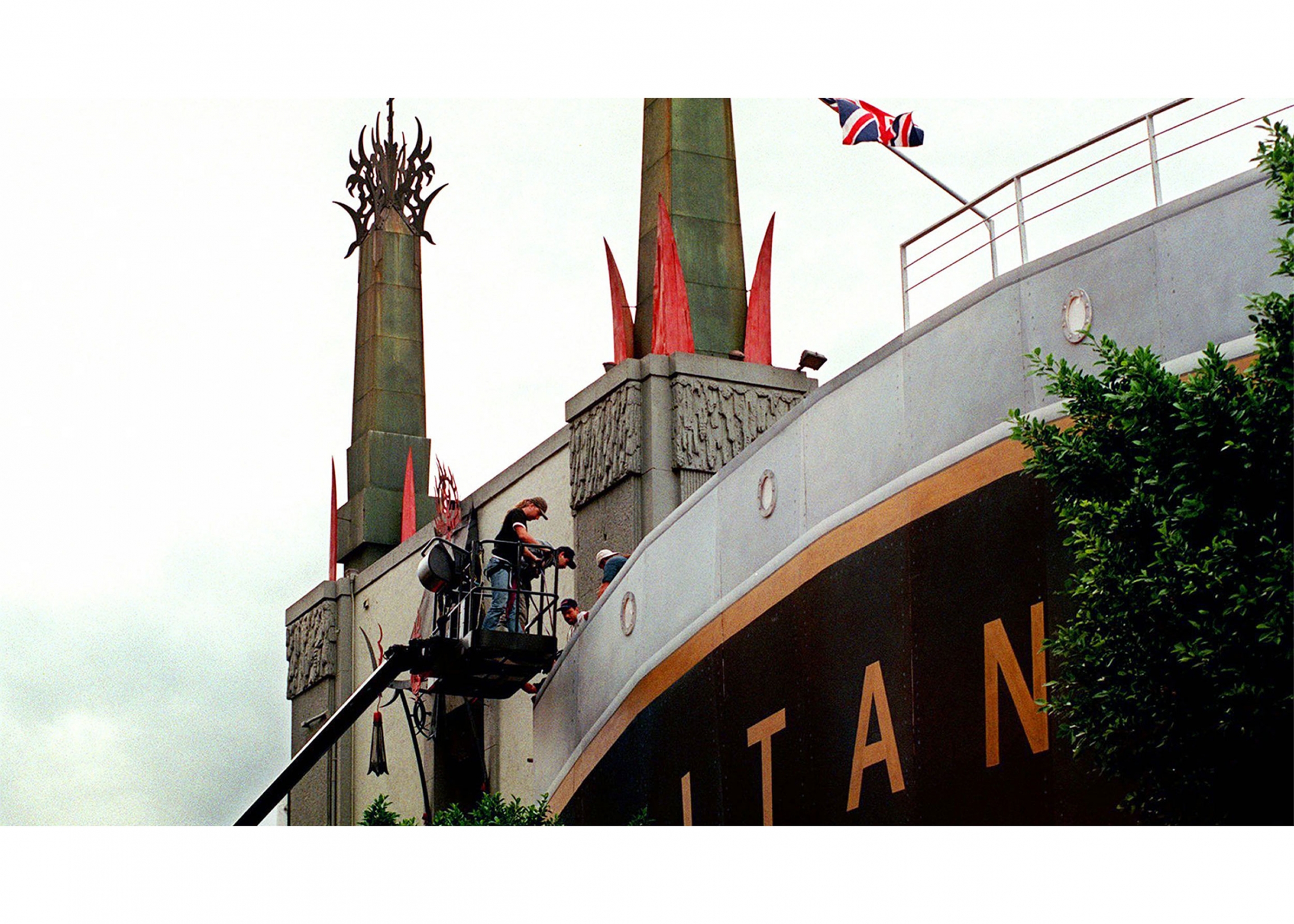 Workmen put the finishing touches on a facade outside Mann's Chinese Theater before the premiere of the motion picture "Titanic" in Los Angeles, December 14, 1997.

There were eight Chinese passengers on the Titanic, and six of them actually survived. Their story has never been told — until now.

They were professional sailors traveling third-class on the Titanic to get to another job. Their names were recorded in the ship’s passenger log, but that’s all that the filmmakers had to go by. That, and some damning American news reports from the time.

A short video story to start the week! A Hungarian couple kayaking on the Danube river, from the Black Sea near Romania to the Black Forest in Germany, spotted two rare white-tailed eagles that were at risk of drowning. This short film tells the story of their rescue (worth watching 🦅). 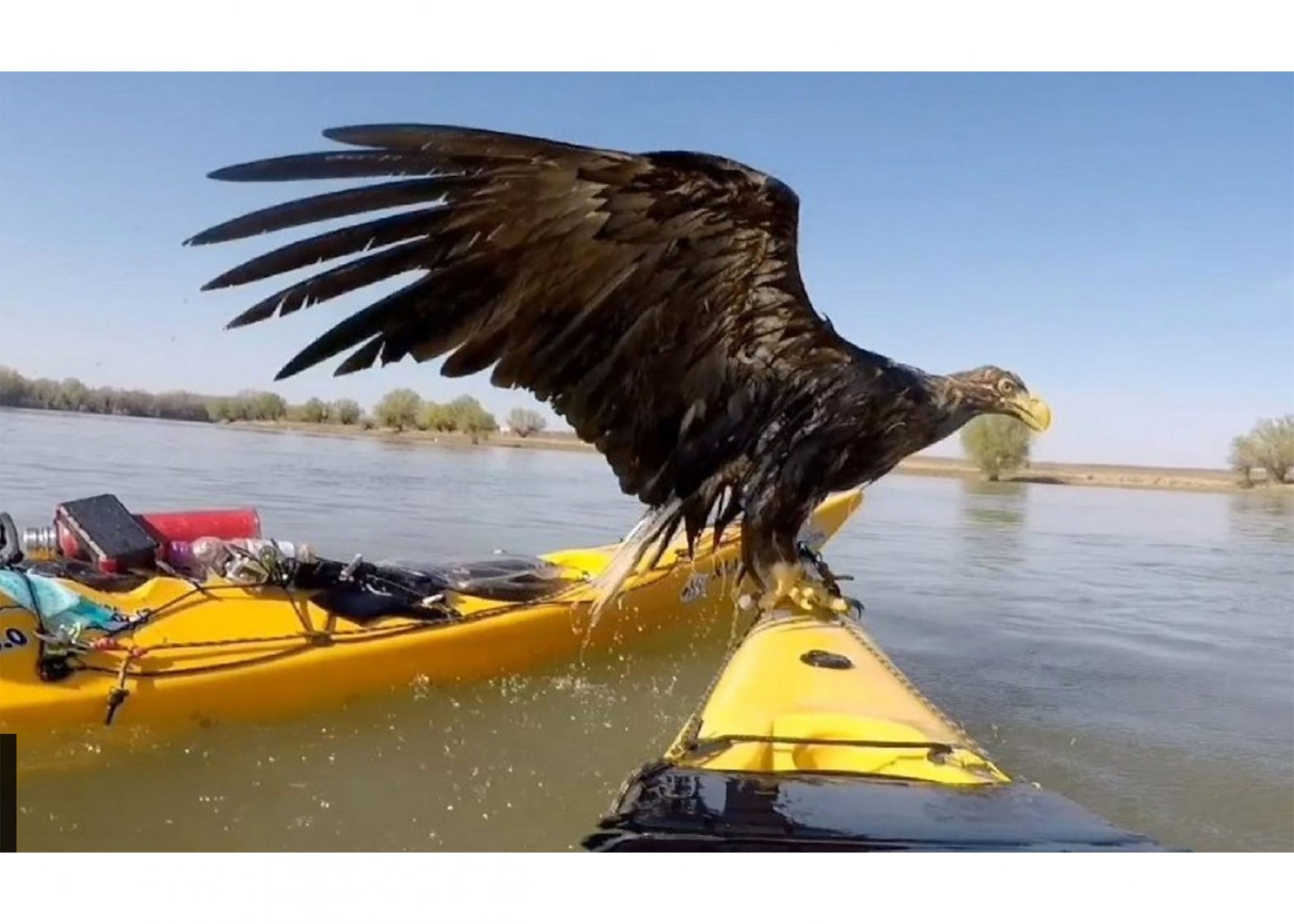 Listen: Peruvians head to the polls to pick their next president

Peruvians choose a new president, amid one of the biggest economic downturns of the pandemic across Latin America. And, the world marks the 40th anniversary of the HIV pandemic. On June 5, 1981, the US reported the first cases of HIV and AIDS that would turn the world upside down, killing at least 32 million people. The Biden administration is fast-tracking some asylum cases along the US-Mexico border, but some advocates are raising concerns about fairness. Also, a new documentary called “The Six'' highlights the lives of six Chinese survivors aboard the Titanic, and why their stories were neglected for years.