Fifty years ago this week, the first official American delegation in decades was invited to China to play pingpong. The games led to former US President Richard Nixon’s visit to China the next year — and the normalization of US-China relations.

Those games have never been forgotten. And now, original players are calling for renewed diplomacy as tensions continue to mount between the two countries.

It was 1971 at the Table Tennis World Championships in Tokyo. The Chinese team invited the US team to pop over for an impromptu visit. The overture seemed serendipitous, but it was no accident.

“There's something so innately absurd about using pingpong as a form of diplomacy, that it's sort of this charming story that we've been leaning on now for 50 years."

“There's something so innately absurd about using pingpong as a form of diplomacy, that it's sort of this charming story that we've been leaning on now for 50 years,” said Nicholas Griffin, author of a book about what’s now called “pingpong diplomacy.”

He said the meeting was an intentional move on the part of both governments.

Related: A tense start to US-China talks in Alaska 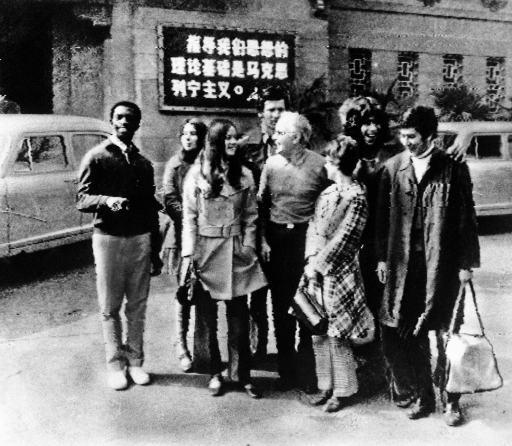 In this handout, members of the United States table tennis team stand in front of their hotel in Peking, in Communist China, Tuesday, April 14, 1971. Tossed into the middle of a potential thawing in US relations with China, Judy Bochenski and her American pingpong teammates helped deliver one of the great diplomatic coups of their time.

The visit captured the imagination of Americans.

“It was the front cover of Time Magazine, it was [on] “The Johnny Carson Show.” You name it,” he said.

“The pingpong players were everywhere. They were the story in America for a couple of weeks in the spring of ’71.”

The next year, the US invited the Chinese players. A documentary captured their visit and matches.

The games were billed as friendship first, competition second — maybe by design.

The US team was no match for the Chinese players. And it worked. China’s reputation jumped in the US. 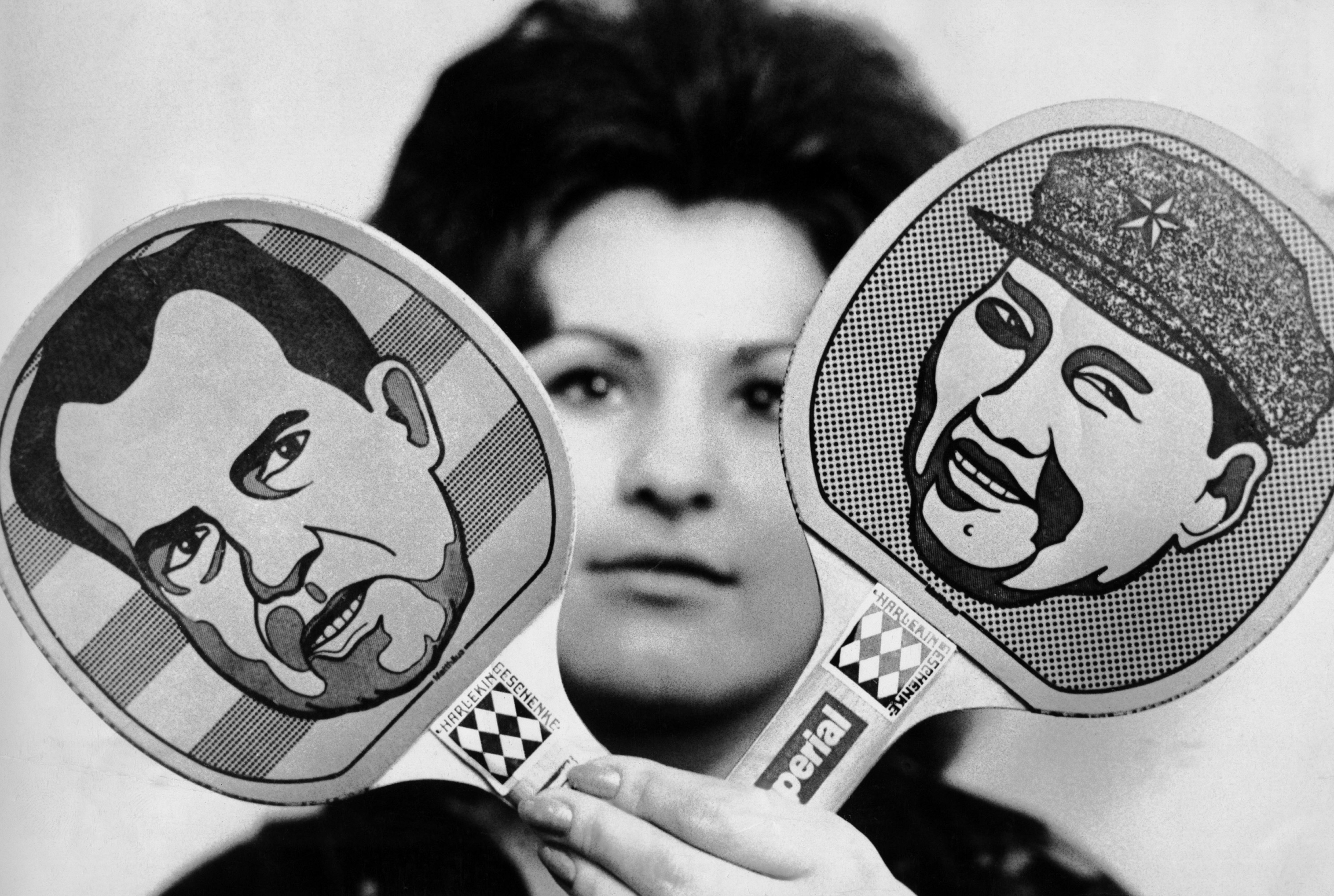 Likenesses of US President Richard Nixon and Chinese Chairman Mao Tse-tung, the principals in the forthcoming so-called “pingpong” diplomatic talks in Peking, grace table tennis bats turned out by an imaginative firm in Dortmund, Germany, on Nov. 5, 1971.

Today, relations between the two countries are the worst they’ve been since 1989 and a reported 90% of Americans have an unfavorable view of China.

At a recent ceremony held at the pingpong museum in Shanghai, Chinese players from the original team appealed for a return to friendlier times.

Related: What will US-China relations look like under the Biden administration?

“Even though these days we’re having some difficulties, ... I hope that our two countries can seek common ground and put our differences aside. We can cooperate or compete as the situation dictates — but always with the goal of peace.”

Former team player Yao Zhenxu, 74, said the event could be seen as a message to Americans. 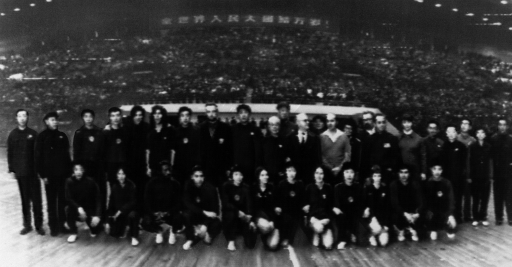 Table tennis players of the United State and Communist China are pictured together, Tuesday April 14, 1971, after matches in Peking.

“Even though these days we’re having some difficulties,” he said, “I hope that our two countries can seek common ground and put our differences aside. We can cooperate or compete as the situation dictates — but always with the goal of peace.”

Cui Tiankai, Chinese ambassador to the US, used his pre-recorded message to call for cooperation on the pandemic response and climate change.

But he didn’t hold back from criticizing some in the US for antagonism against China.

After the ceremony, players and diplomats took off their jackets, rolled up their sleeves and started playing.

Like 50 years ago, the Chinese and Americans put friendship first and competition second on the court.  And for just a few hours, it seemed everyone put their faith in the power of a little ball.