This project — "The Nature of Care" — started with a dream. Not a figurative, hopes-for-a-better-world kind of dream, but the middle of the night, vivid, outlandish variety of dream.

When British photographer Liz Hingley’s sleep was interrupted during the first coronavirus lockdown in 2020, she dreamed that nurses and doctors came streaming out of London's big hospitals, all dressed in masks and protective gear and began embracing trees — hugging them.

“They were kind of socially distanced, hugging their tree with their hazmat suits on or face masks,” Hingley told The World’s host, Marco Werman.

Hingley could not get the images from her nature dream out of her mind. She described the visuals in her dream as visceral. The next morning, she felt like she had to do something about it.

“In my mind, when I woke up, I was like, I have to make that picture,” Hingley said. “And then, I obviously realized after a coffee that I probably wasn't able to make that picture. But then I translated it into this project that I've been running almost for 10 months now.”

Hingley talks with The World about her photography project and how it has offered weary health care providers a fresh perspective on life. 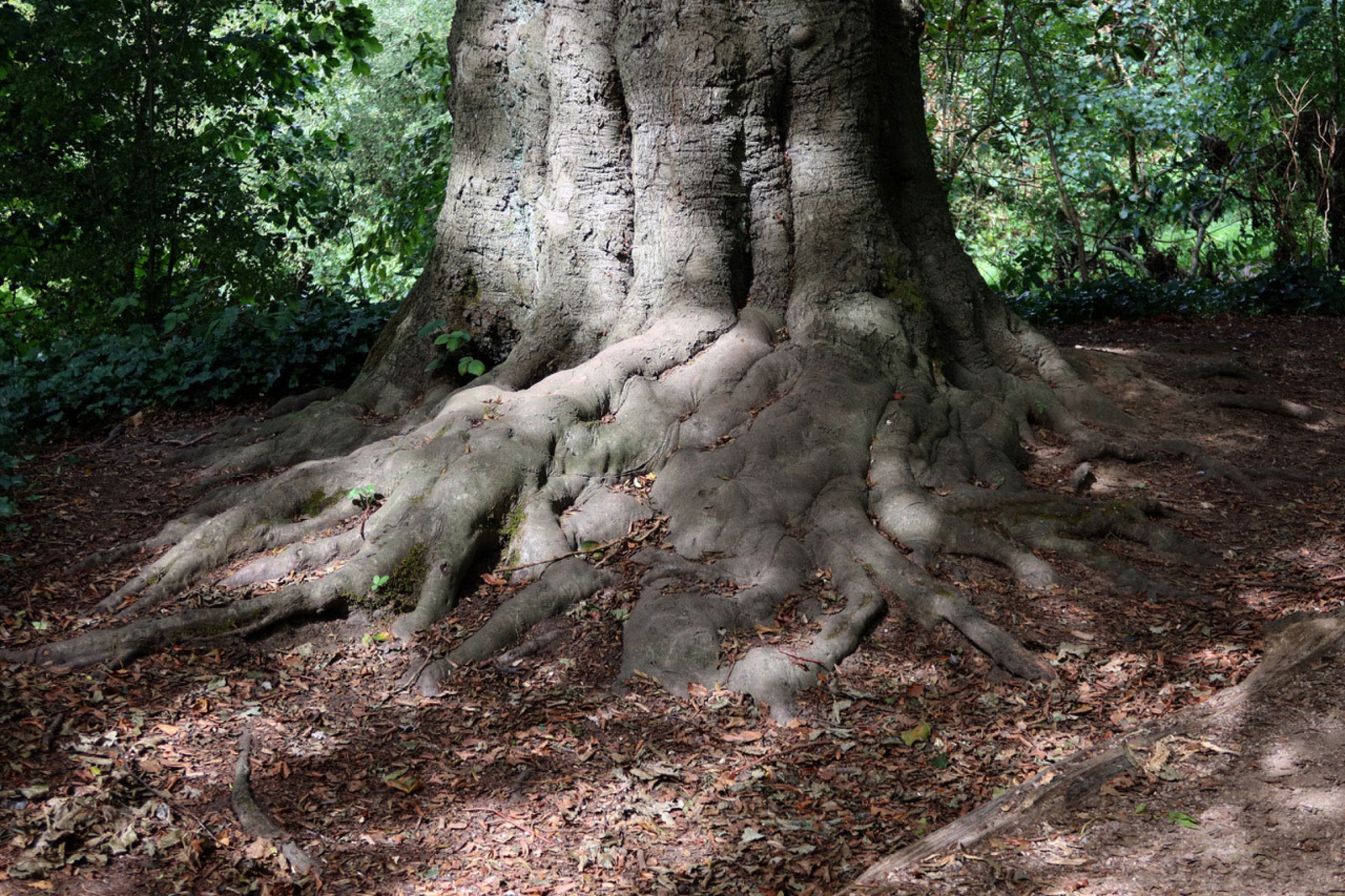 Marco Werman: So, you know a lot about photography and about the world that can open up to people. What did you set out to do then with health care providers, two of London's largest hospitals after you had this dream?

Liz Hingley: I'm really lucky to live next to a place called Hampstead Heath, which is a huge, kind of green area, that was given to the city of London — to the people in the city in London — 150 years ago this year. And during that time, I was doing my sort of one-hour lockdown exercise and walking on the Heath and so aware of what a healing resource this place was for me and for so many people during that really confusing time. And there's an area on the Heath where there's two of London's largest hospitals to either side of the city. I just kind of called them up cold and said, can I run some photography walks on the Heath for any staff? And wonderfully, both hospitals responded positively. And I had no idea what the uptake would be, but it was kind of overwhelming.

So, just to be clear, you kind of gave him the training and then they went out with their cameras and started taking photographs.

Yeah, I managed to convince Canon to sponsor [the project with high quality cameras] because I was keen that they should be free. And that also people should have the ability to learn a little bit of photography, but also make some really stunning images [for the exhibit]. And the aim of the project, it was to really take people away from the workplace and the crisis conditions in the hospital. And, allow them to connect with local nature that was just on their doorstep and develop a practice potentially using photography as seeing more deeply and reconnecting, in a way, just in lunch breaks and short periods. I didn't label it as therapy. One thing that stuck with me when I first contacted the hospitals was that the head of staff in the Whittington Hospital in London said that staff, particularly critical care staff — so those at the really at the front-line intensive care — really rarely seek help. But what they always look for and respond to is the chance to relax. So, for many people, I guess the experience is very difficult to put into words and to communicate to others who have no idea what the environment is like. But being out and walking and physically being constructive and doing something with your body and also producing something at the same time, can feel quite constructive in a way of processing and expressing without putting things into words. 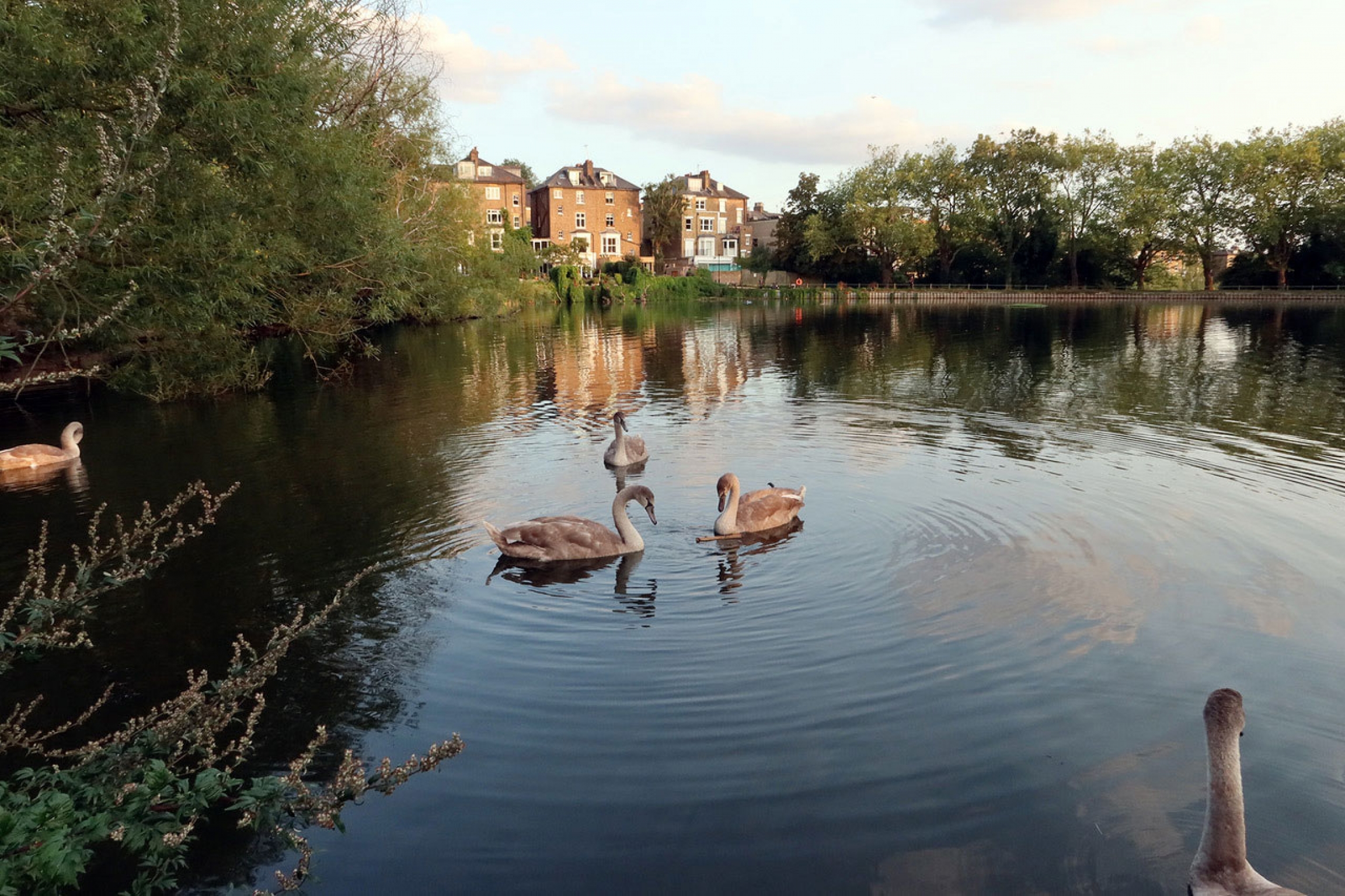 “Finally I have the chance to breathe. I will try to continue this freeing exercise of deep looking,” said Dr. Tor Swale of the Royal Free Hospital in London.

What struck you about their photographs and their approach and what all that tells us about their lives right now?

People really saw light. I know that sounds very simple, you know, thinking about photography, but it was very much about light and dark and shadow and shade and a lot of photographs of paths and looking up, people generally looking up. And I was also encouraging that because I have a vision of installing the images all around the hospitals where they work and in alternative ways and to draw people's eyes up. Because I think that can be a very uplifting feeling, especially when we are generally exhausted or psychologically stressed, we tend not to look up enough. 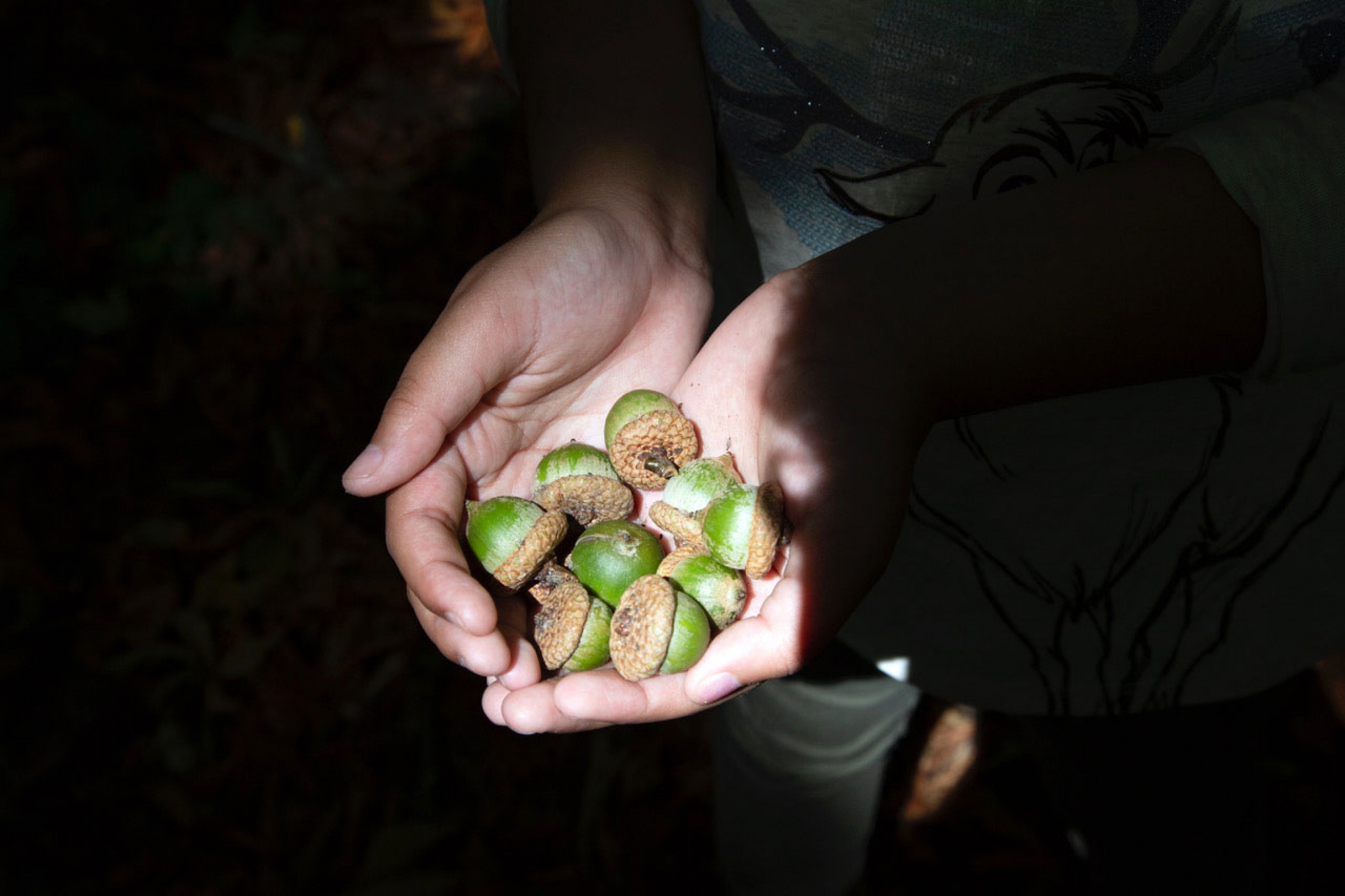 Photograph by Frosso, an ICU nurse at The Royal Free Hospital, during a photography and ecology walk on Hampstead Heath, London, led by Liz Hingley, 2020.

I'm looking at a few of the photographs right now — one of a set of hands holding some acorns, and that's in the light. But everything around it is dark. Are they looking for some kind of hope, maybe?

Hope and a pause, I think — a pause, a window into something else. The clinical setting is so extreme. And people spoke about the way that the sounds and the lights follow them when they leave. And they permeate their dreams and these spaces that they go. I mean, they're so, so energized, these environments and so far from the natural world. So, a lot of people were seeking that pause and reconnect with a different light and movement and pace outside. 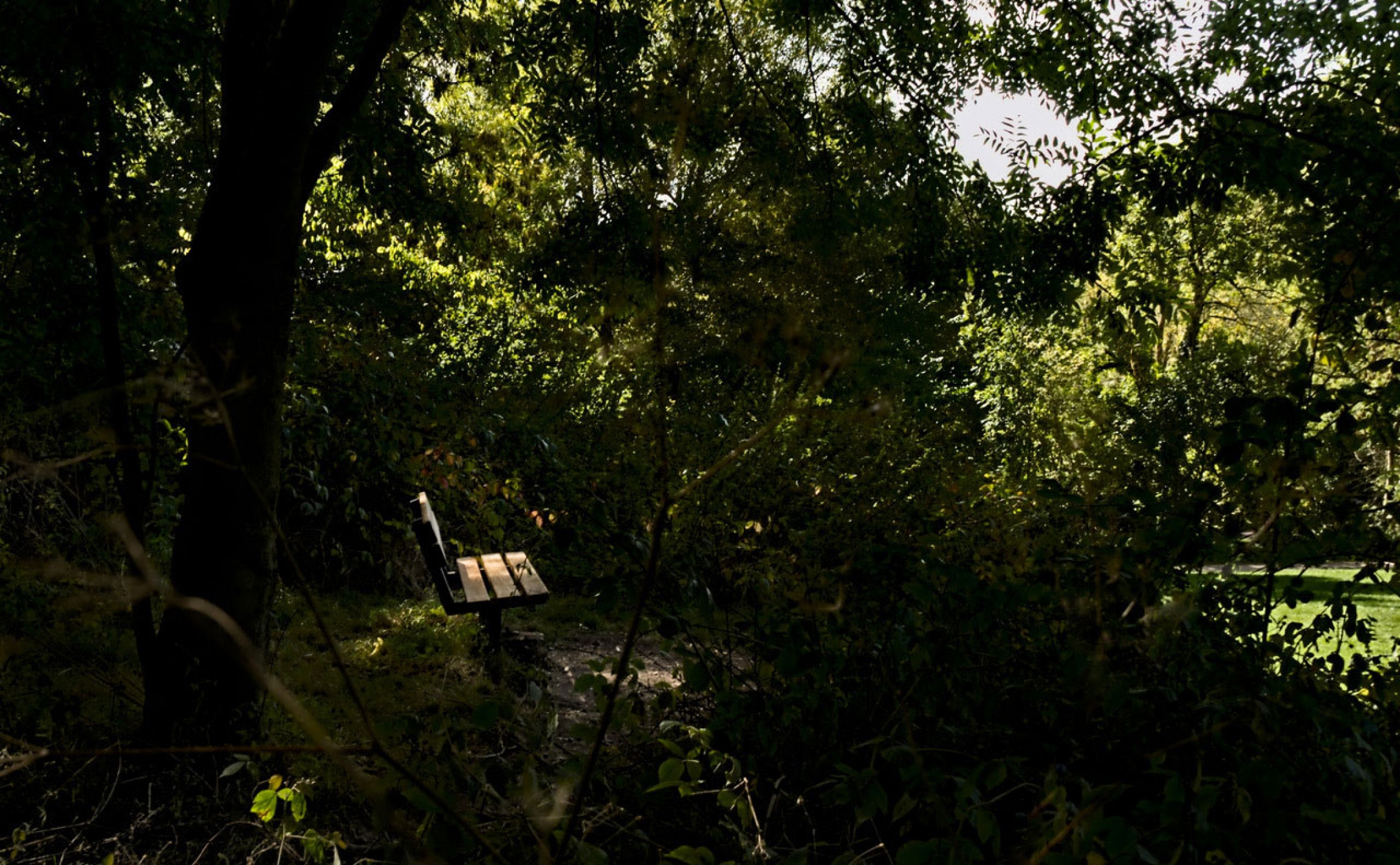 “I don’t find it that easy to open up about work. As a clinical director, there were few people that really understood the weight and responsibility that comes with overseeing and managing a critical care budget, especially in a health crisis,” said one of the health care workers who participated in the project.

I'd assume many of these health care workers could have sought counseling, maybe they have or some traditional form of talk therapy to deal with their anxieties and worries. Was a photography walk maybe a more attractive alternative? And what do you think that is?

I liken it to my own experience. I mean, it's what I know. That's why I sought to offer it to people because I came to photography when I was a teenager dealing with my own teenage angst and actually in the wake of the death of my mother. And photography was just an escape and a way to get out and to meet people and things and to see deep as I ... I guess I thought, to be able to offer that to people who I was also aware of experiencing death, illness, on this really extreme level. 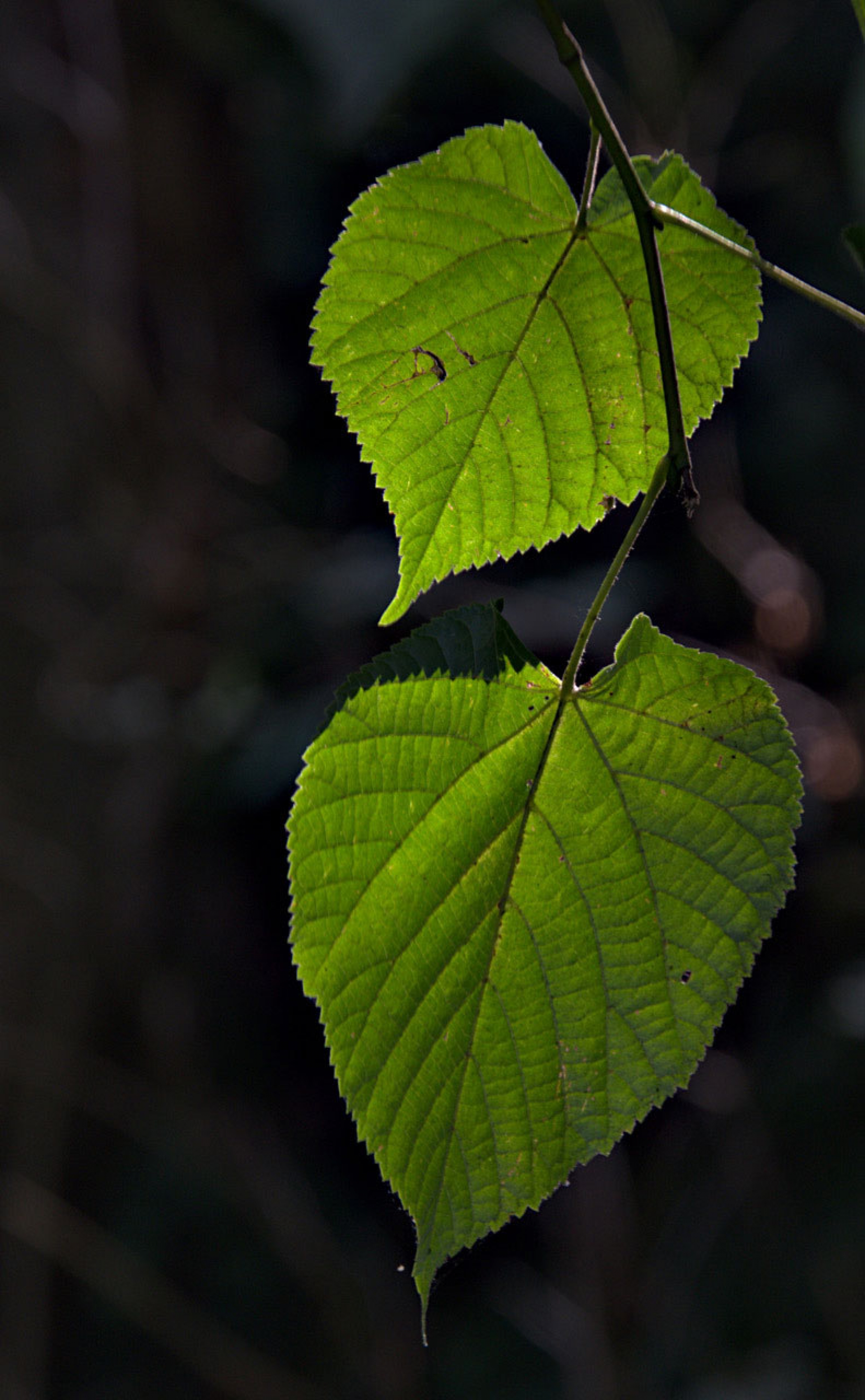 “Even though I try to separate work and home life, all the things we have seen and done as well as echos of the beeping of machines remain in my head. The experience allowed my eyes and then my mind to truly wander and wonder!” said Frosso, a nurse in the intensive care unit at the Royal Free Hospital in London.

I'm curious to know, what do you think of all the images that we've been seeing for the past year? Depicting care providers as overwhelmed — their masks etched into their faces are almost like soldiers in battle. What do you think of images like those?

I think there's all different sorts of photography and roles that photography has. And to show and document this, the extremes of this time, just like war photography has a role, I think it's important. But I think as a society we need to be reflective right now on what we've learned and how we've separated our health and our health care settings so far from nature and our understanding of that. So, in a way, I hope that this project can reflect on that and rebuild a sense of how important it is to care and heal together in connection with nature and what it offers us for free. 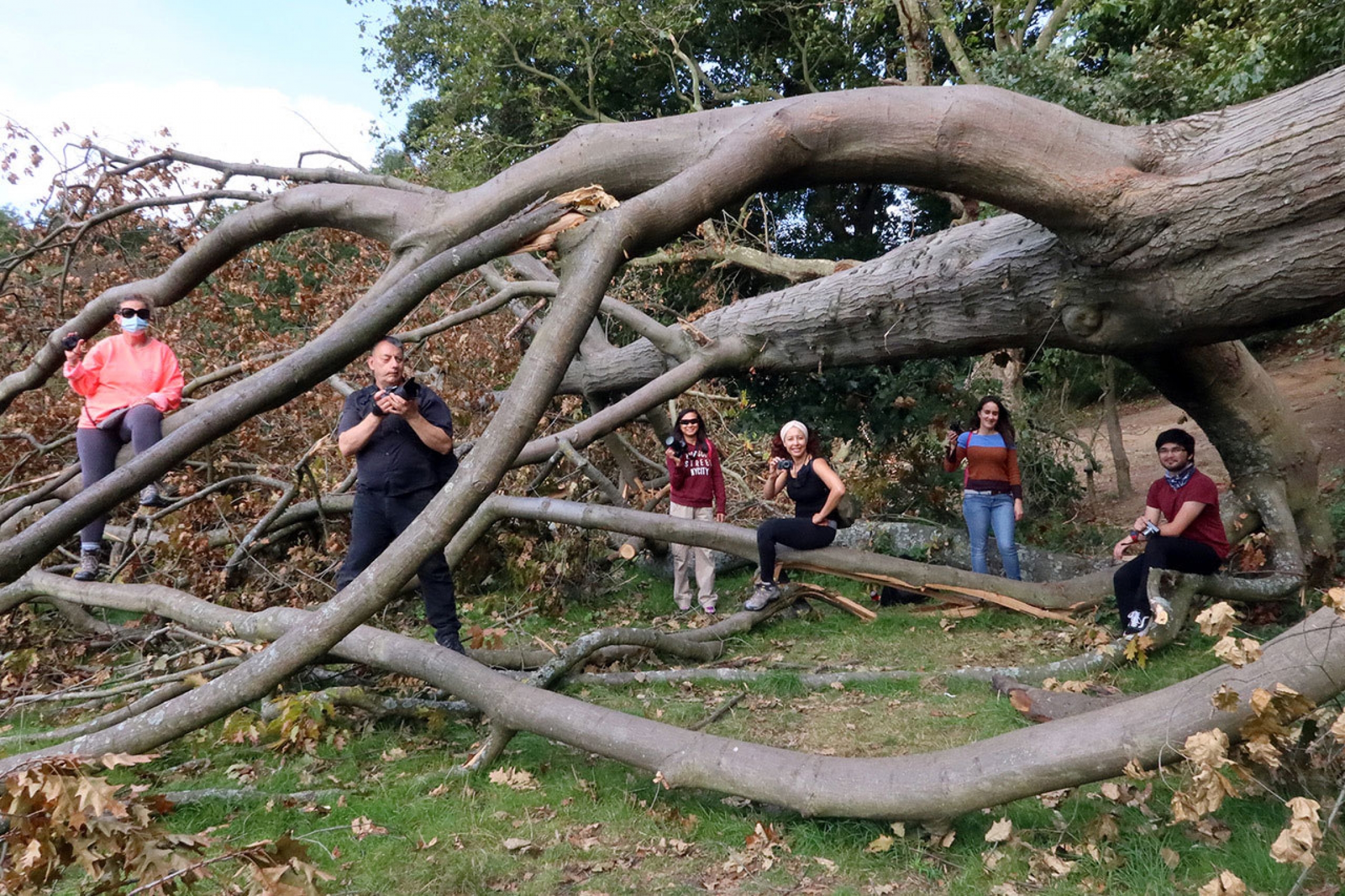 Some of the health care workers who participated in the photography project in London.

Editor's note: Photos and captions come courtesy of the artist, Liz Hingley, with some names omitted.

This transcript was edited for clarity.