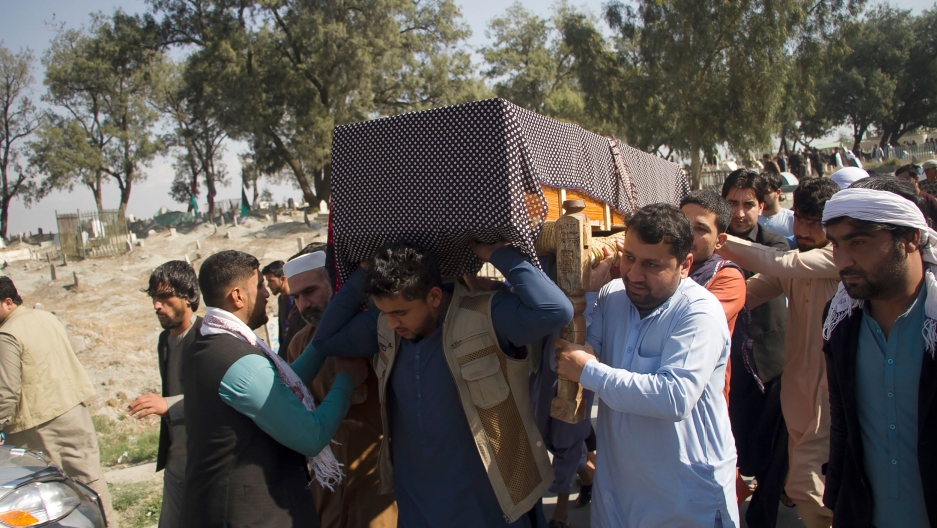 Relatives carry the body of a victim, one of three female media workers who were gunned down, during her funeral ceremony in Jalalabad, east of Kabul, Afghanistan, March 3, 2021.

Three women who worked for a local radio and TV station in eastern Afghanistan’s Nangarhar province were gunned down Tuesday in the latest surge in violence in the war-torn nation. The murders, in one of the most dangerous countries for media workers in the world, were claimed by the terrorist group ISIS.

Dozens of people gathered Wednesday for the funerals of the three media workers. Afghan President Ashraf Ghani condemned the murders, calling the assaults “contrary to the teachings of Islam, Afghan culture and the spirit of peace.”

Officials say all three women, Mursal Hakimi, 25, Sadia, 20, and Shanaz, 20 — many Afghans have a single name — worked on voice-overs for foreign programs, and were killed in separate incidents. It was not the first time women working at the Enikass Radio and TV station in Jalalabad have been targeted by militants. Afghan police arrested Qari Baser as the alleged killer of all three, and Afghan authorities insisted he was a member of the Taliban — a claim contradicted by the Taliban and ISIS.

Myanmar’s deadly crackdown on demonstrators protesting a military coup continued Wednesday, ending with at least eight people shot and killed by security forces. Military leaders took control in the Southeast Asian country on Feb. 1, ousting elected officials. Since then, protesters have been on the streets regularly across the country but have increasingly been met with violence with security authorities using lethal force, tear gas and arresting demonstrators.

Also, French President Emmanuel Macron acknowledged on Wednesday prominent Algerian nationalist Ali Boumendjel was murdered and tortured by French army authorities more than 60 years ago. The 37-year-old lawyer and activist, detained during the Battle of Algiers, was placed in solitary confinement and tortured and this was covered up as a suicide, according to an admission from Macron. "[He] did not commit suicide. He was tortured and then killed," Macron said in a meeting with Boumendjel's grandchildren

The biggest challenge for vaccine workers in Pakistan? Staying alive. 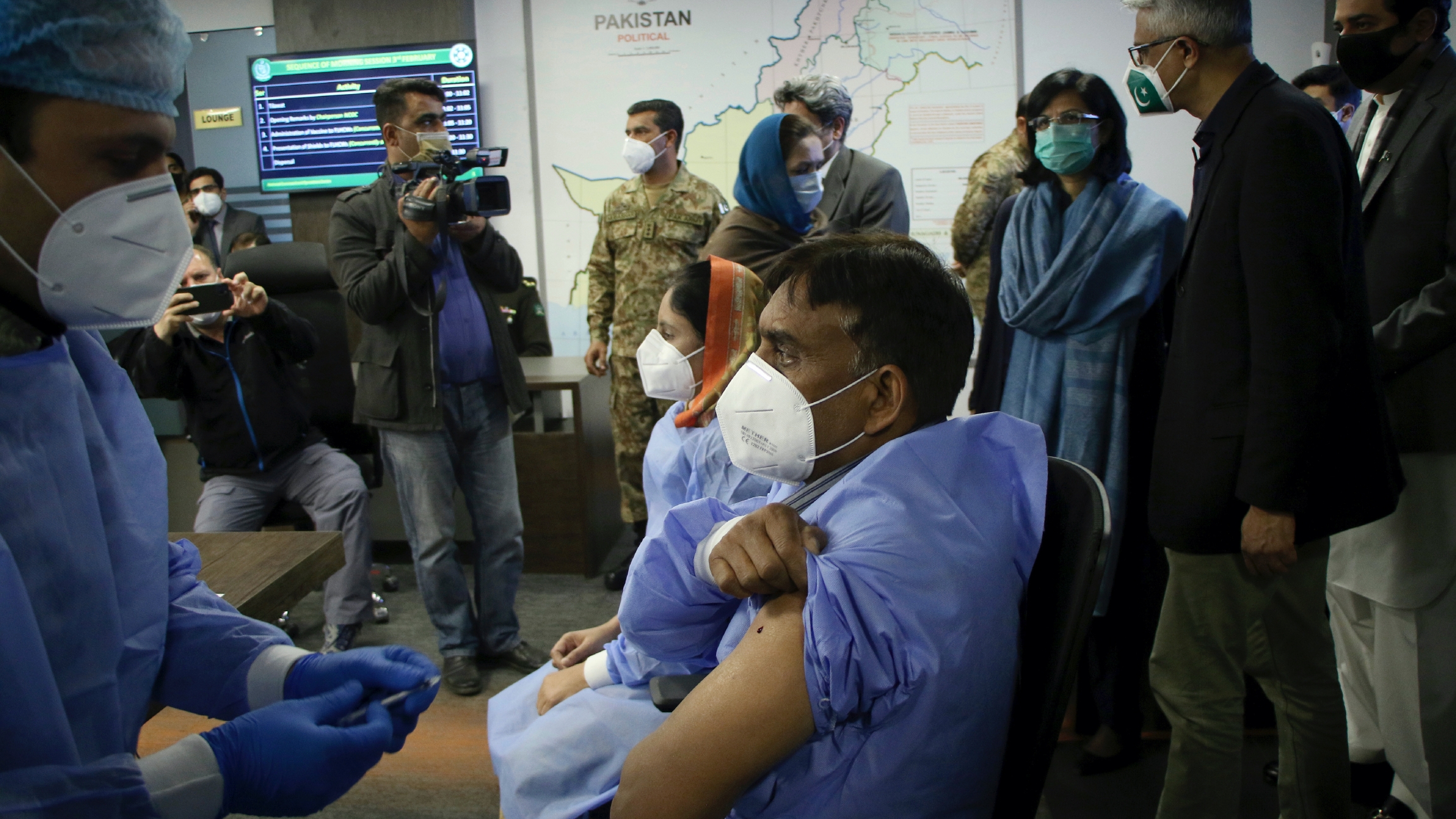 A health worker administers the Chinese Sinopharm COVID-19 vaccine to his colleague while the prime minister's adviser on health issues Faisal Sultan, second right, and other officials watch during a ceremony to start the vaccination campaign in Islamabad, Pakistan, Feb. 3, 2021.

As Pakistan ramps up its COVID-19 vaccination campaign that began last month with a donation of 500,000 doses of the Sinopharm vaccine from China, the country faces the challenge of quelling vaccine fears. And Shah and others worry about the safety of health workers whose lives are on the line every day.

Observers say that reasons for hostilities toward vaccine workers in the country vary wildly, but that misinformation, hard-line religious views and a 2011 CIA operation targeting Osama Bin Laden have played an outsized role. 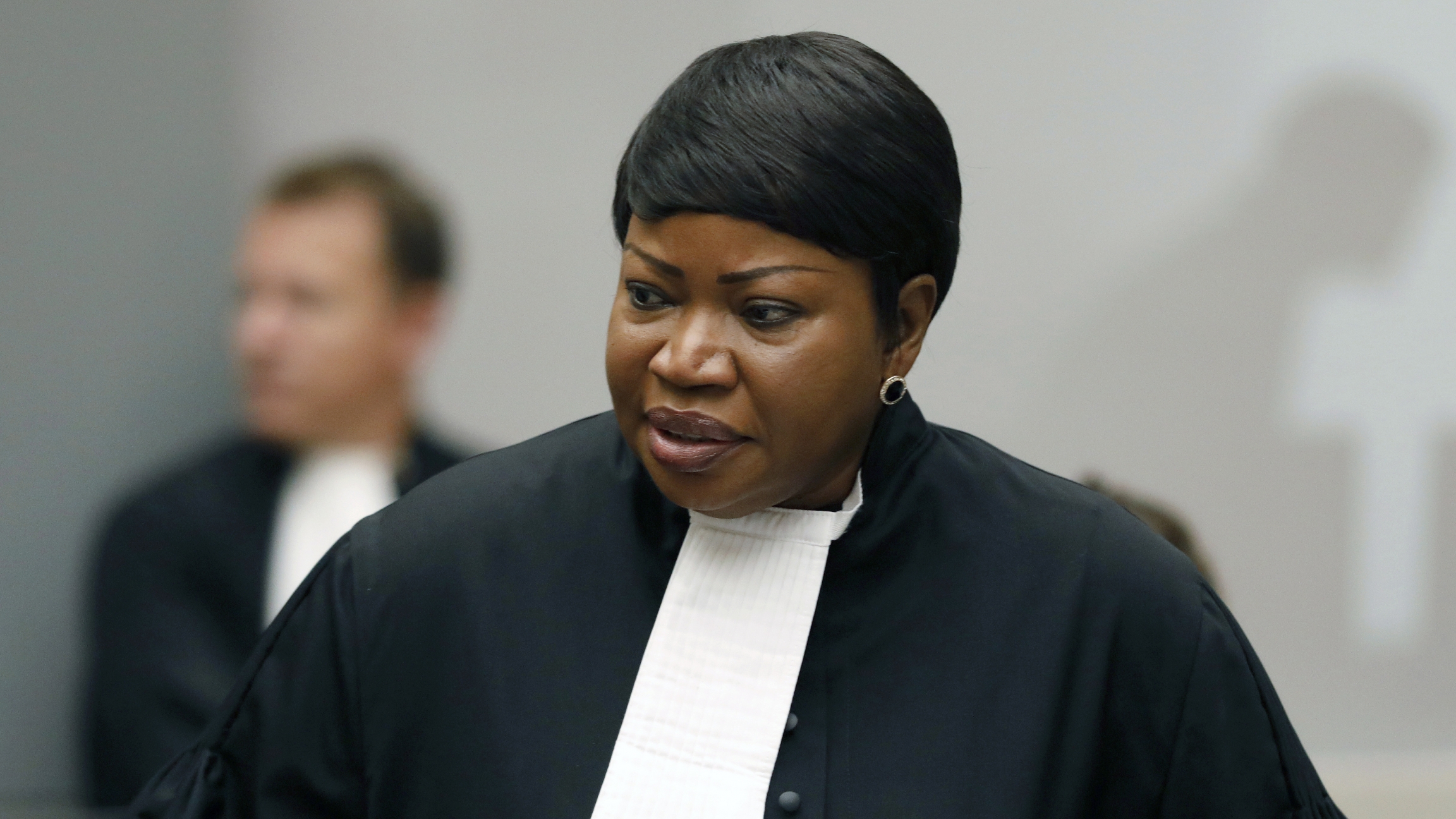 Prosecutor Fatou Bensouda speaks at the International Criminal Court (ICC) in The Hague, Netherlands, in this this Aug. 28, 2018, file photo.

Prominent groups are calling on the Biden administration to lift Trump-era sanctions on ICC members. But Israel, one of America's closest allies, is asking the new president to keep them in place.

Forget what you think you know about fitness instructors. 🎧 Meet 81-year-old Erika Rischko who is conquering TikTok with her exercise routines — pushups, planks, weights and feats of strength galore. Rischko, who lives in Germany, also features her husband in fitness challenges to the delight of her followers on the social platform. "When these young people write to us and tell us they think we are great, how do you do it? It's really motivating,” Rischko said. Time to get your sneakers on! 👟

Listen: Biden administration faces pressure over US sanctions on ICC 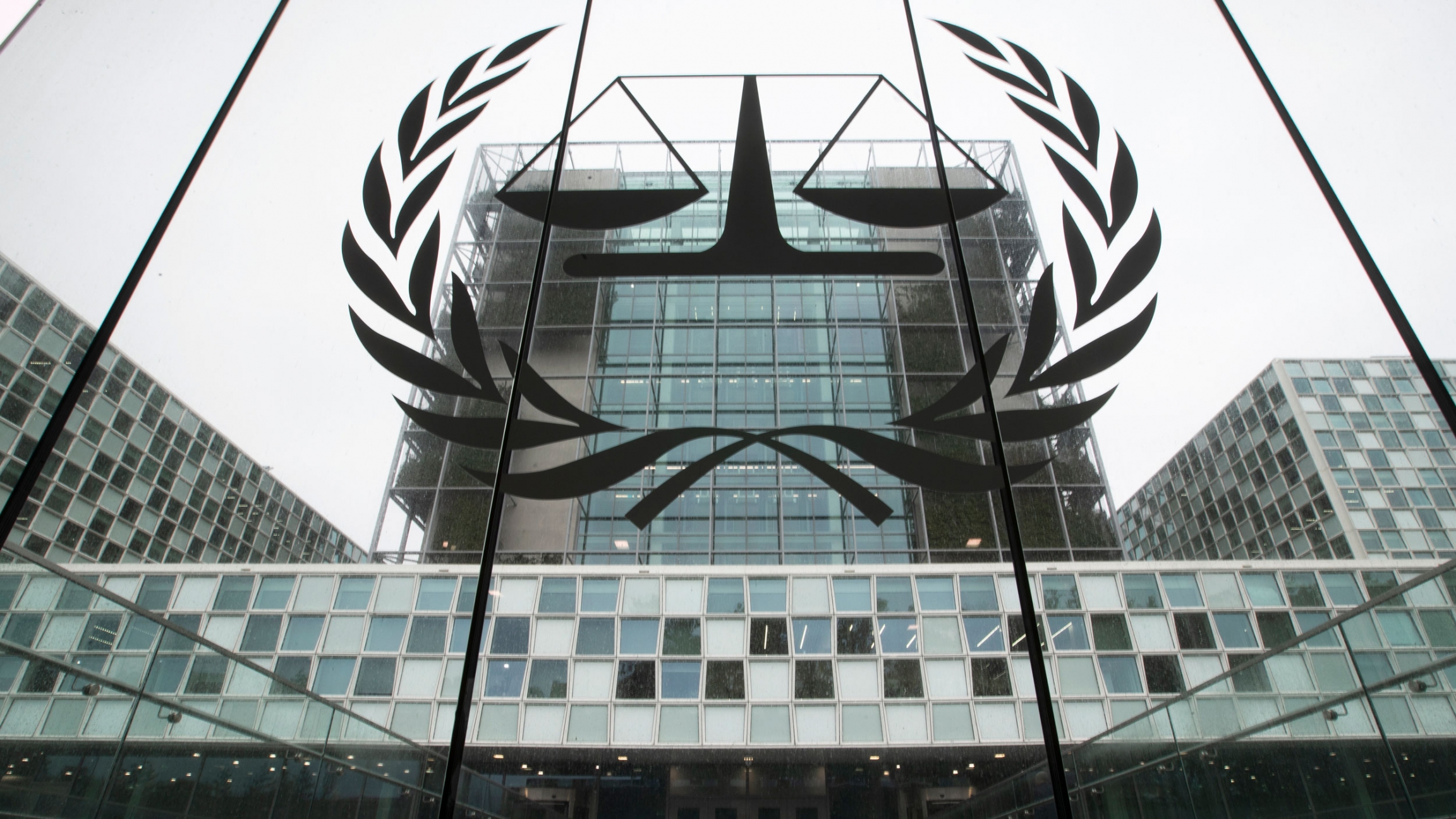 The International Criminal Court is seen in The Hague, Netherlands.

The Biden administration is evaluating the sanctions former President Trump imposed on members of the International Criminal Court over the ICC's investigation of possible war crimes by US forces in Afghanistan. Prominent groups are calling on the Biden administration to lift those sanctions. And, President Biden held his first video conference with his Mexican counterpart, President Andrés Manuel López Obrador. Also, Erika Rischko has been posting fitness and dance videos on the app TikTok over the past year from her home in Germany. The 81-year-old now has more than 125,000 followers and millions of likes.