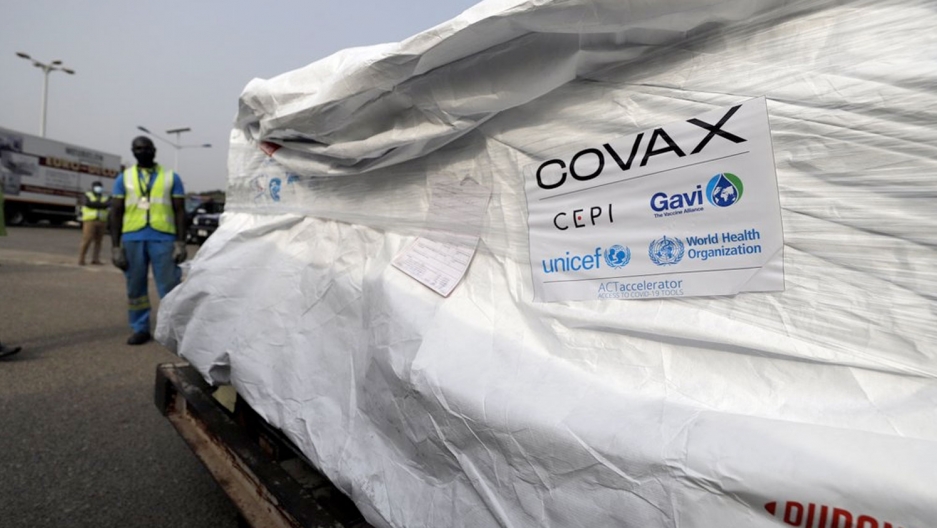 The first shipment of COVID-19 vaccines distributed by the COVAX Facility arrives at the Kotoka International Airport in Accra, Ghana, Feb. 24, 2021.

The United Nations-backed Global Access Facility (COVAX) initiative on Wednesday delivered its first shipment of coronavirus vaccine to the West African nation of Ghana. The 600,000 doses of the AstraZeneca vaccine mark the beginning of a global COVID-19 inoculation campaign to reach the world’s most vulnerable in low- and middle-income countries. Presently, more than 80% of the COVID-19 distributed around the world have been to 10 mostly high-income nations.

The AstraZeneca vaccine, made by the Serum Institute of India, was delivered by UNICEF to Ghana, just one of the 92 countries receiving vaccines free of charge through COVAX. Ghana has recorded just over 81,000 coronavirus cases and 584 deaths according to health authorities in the country of 30 million people.

“Today marks the historic moment for which we have been planning and working so hard,” said Henrietta Fore, the executive director of UNICEF. “In the days ahead, frontline workers will begin to receive vaccines, and the next phase in the fight against this disease can begin.”

The COVAX initiative, which aims to deliver 2 billion shots this year, has been hampered by limited global supply of doses and logistical problems.

The UN Human Rights Council (HRC), the sole international body entrusted with the promotion and protection of human rights around the globe, convened Monday for its 46th regular session to address what UN Secretary-General António Guterres called a “pandemic of human rights abuses” that has intensified amid the coronavirus. David Kaye, a law professor at the University of California, Irvine, said the HRC has also been widely criticized for not holding its own members accountable for human rights violations — one of the Trump administration’s criticisms when it withdrew US participation from the council in 2018. On Wednesday, US Secretary of State Antony Blinken announced the US will vie for a seat at the Council, suggesting a re-prioritization of human rights at the center of US foreign policy.

And, Eyad Al-Gharib, a former Syrian intelligence officer, was convicted by a German court on Wednesday of being accessory to crimes against humanity. Al-Gharib, who was sentenced to 4 1/2 years in prison, is accused of  facilitating the torture of prisoners in Syria. The landmark ruling is the first time that a foreign court has ruled in a case on Syrian government officials. Human rights activists hope it will set a precedent for other cases that involve state-sponsored atrocities in the Syrian war. 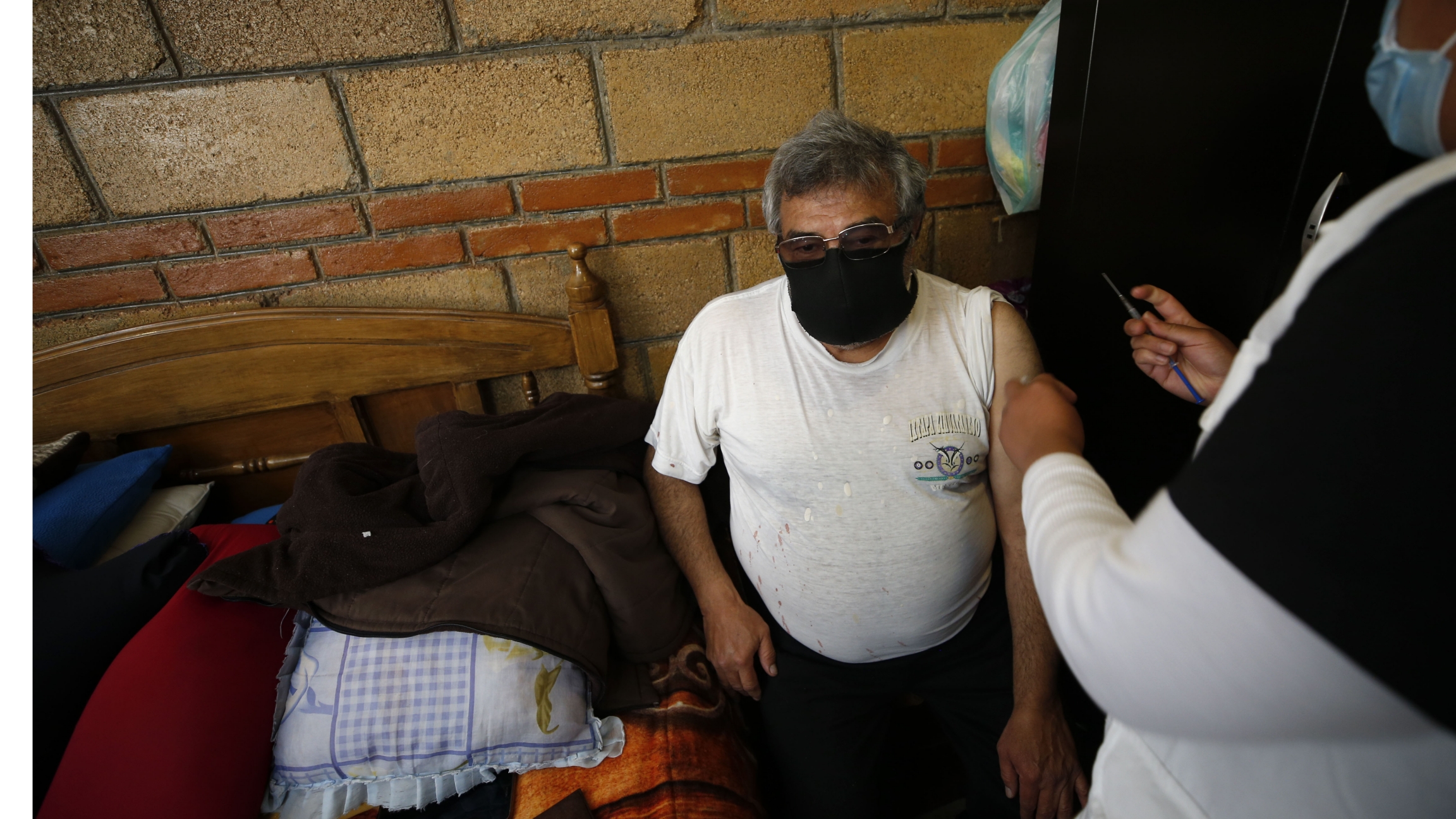 Nurse Ana Arteaga prepares to administer a shot of the AstraZeneca coronavirus vaccine to Juan Manuel Herrera Espinosa, 63, inside a rural home in Porto Las Cruces, Cuajimalpa, on the outskirts of Mexico City, Feb. 18, 2021. Mexico City's health department is sending teams of medical workers to give in-home vaccinations to seniors unable to reach vaccination centers.

Mass COVID-19 vaccinations of people over the age of 60 in Mexico started last week, but the process has been slow and haphazard. Mexican residents with US citizenship, permanent residency or valid visas, are starting to take matters into their own hands. Some are contemplating vaccine-motivated travel to US cities in the US-Mexico border and beyond.

In Ethiopia, a taste of home for displaced Yemenis 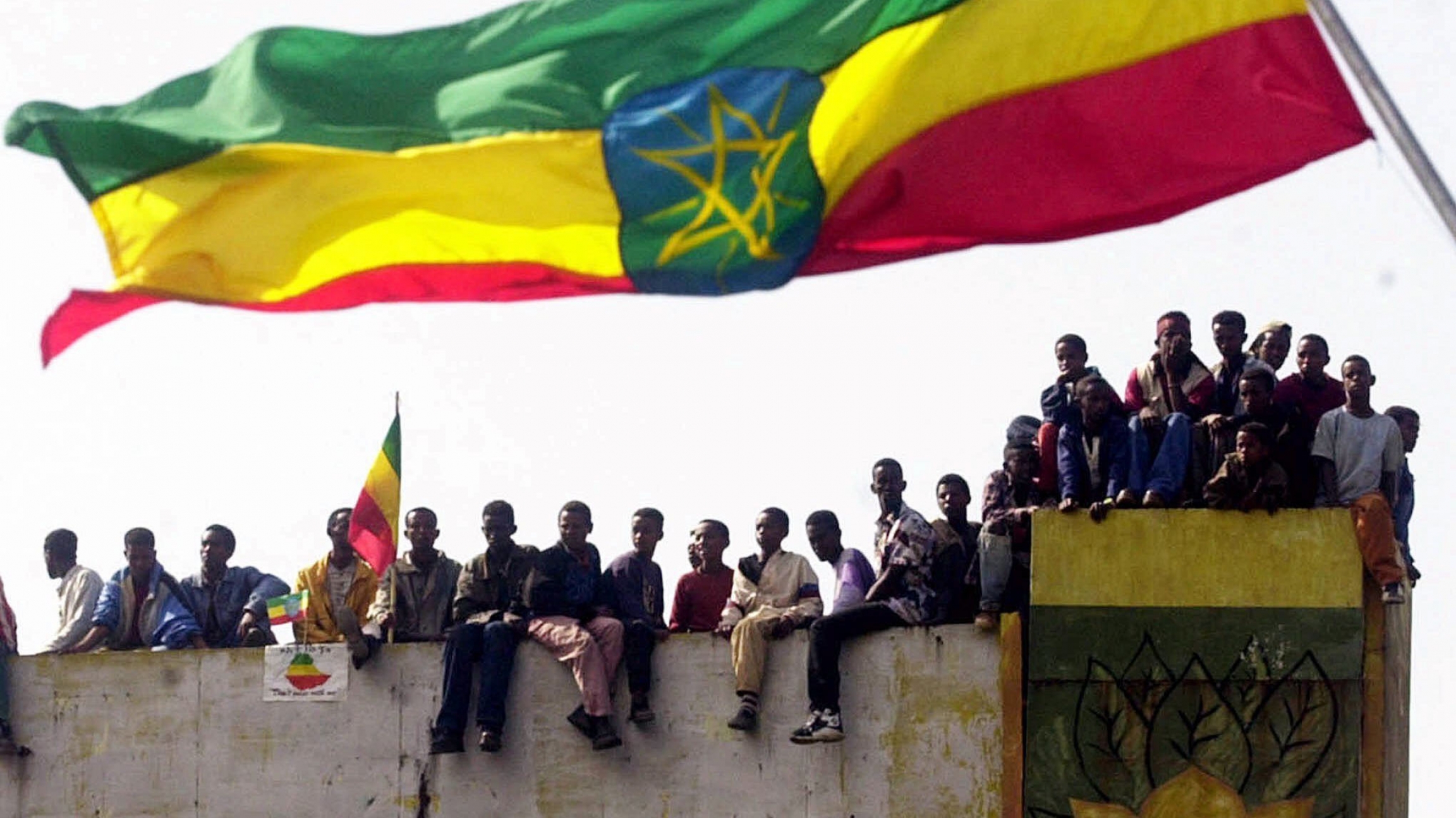 In this May, 28, 2000, file photo, Ethiopians sit under an Ethiopian flag as they watch a parade in Addis Ababa, Ethiopia. Qatar and the Arab nations have made inroads in the Horn of Africa in recent years by establishing military bases now being used in the Yemen war, as well as managing ports and showering friendly nations with foreign aid.

During the day, dozens of guests of all backgrounds crowd around long tables at Yemen Kings restaurant in Addis Ababa, Ethiopia, to share traditional Yemeni dishes like fahsa, a stew made out of beef or lamb.

But for Yemeni residents in Addis Ababa, especially those who have fled the civial war in their home country, the restaurant holds a particularly special meaning.

A herd of 20 bison was released last week on Poundmaker Cree Nation territory in the Canadian province of Saskatchewan, marking the first time in 150 years that plain bison roam the territory.

Poundmaker members held a ceremony with traditional songs and prayers as the bison, a mix of calves of both sexes and female yearlings, ran through the snow.

For the first time in over a century, plains bison are roaming on Poundmaker Cree Nation territory in Saskatchewan again. https://t.co/66Q1eY3lXb pic.twitter.com/VL3c4vhHOO 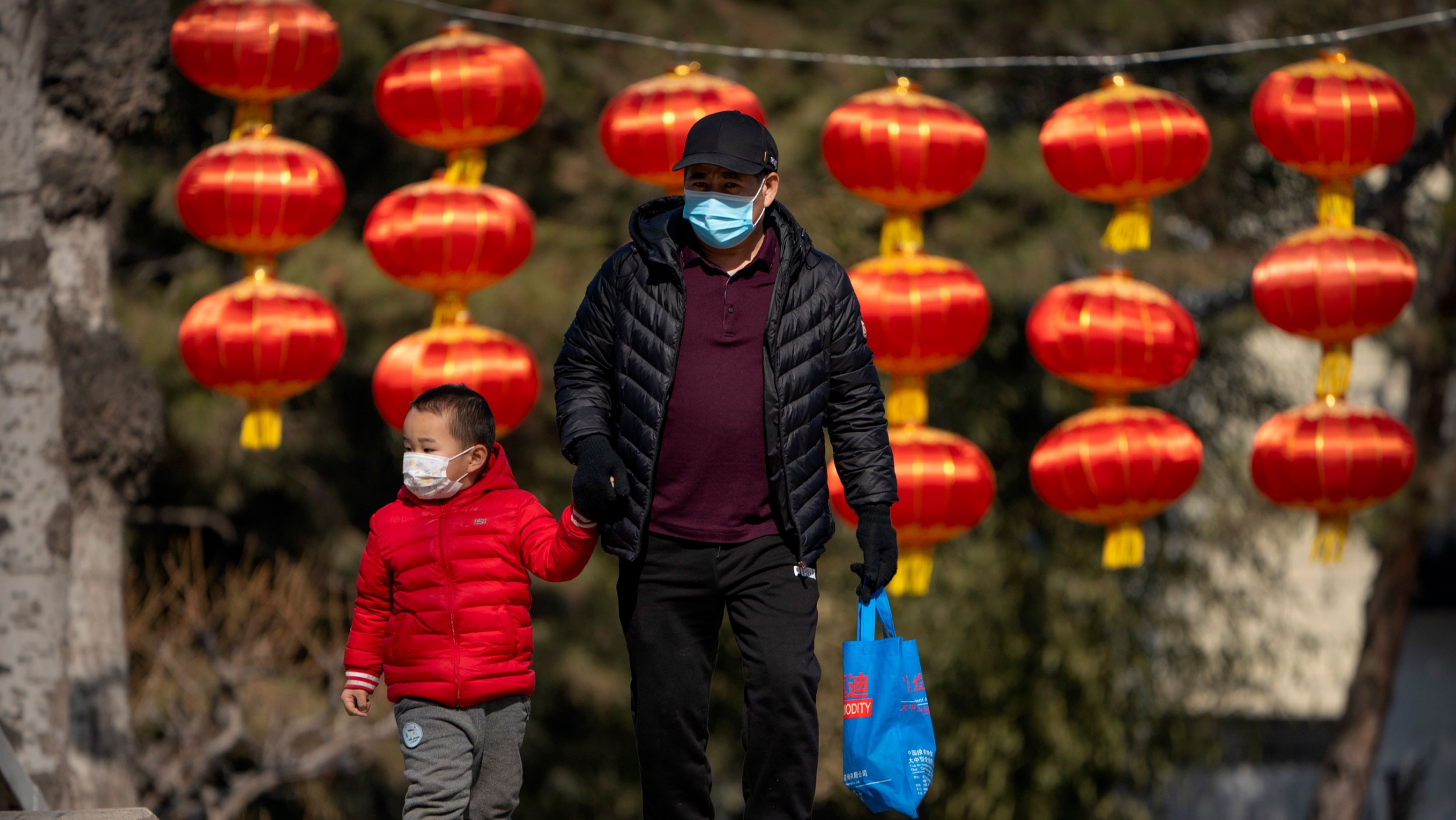 A man and child wearing face masks to protect against the spread of the coronavirus walk past lanterns at a public park in Beijing, Feb. 19, 2021.

China's goal is to inoculate about 70% of its population. That's nearly a billion people, and it's got a big challenge. And, widespread protests have erupted every night for the last week in Spain protesting — and often clashing with police — over the imprisonment of rapper Pablo Hasél. Also, archaeologists have unearthed a large-scale brewery in Egypt dating back 5,000 years.