When Leandra Silveira’s family was relocated from their ancestral home on the northeast coast of Brazil to the Pepital agrovila, a government-built village miles inland, she was a young mother of three.

“I cried like a child. Crying in the car, looking back. It was really hard when we arrived. Really hard. We didn’t have any crops, or fruit trees or places to fish … If it wasn’t for help from other communities, we wouldn’t have survived.”

“I cried like a child. Crying in the car, looking back,” said Silveira, who is now a great-grandmother. “It was really hard when we arrived. Really hard. We didn’t have any crops, or fruit trees or places to fish … If it wasn’t for help from other communities, we wouldn’t have survived.”

In the early 1980s, in the final years of Brazil’s military dictatorship, hundreds of Black families like Silveira’s were removed from their land to make way for the construction of the Alcântara Satellite Launch Center.

Related: Hospitals in Manaus run out of oxygen amid coronavirus surge in Brazil

The families were relocated to agrovilas, or agricultural villages, where the government promised they would receive food, support and compensation. Ultimately, they received little help, according to Silveira and other community members.

Today, hundreds more Black families from the region could be evicted to make way for the launch site’s expansion as part of a 2019 agreement between Brazil and the United States. The treaty grants the US permission to launch nonmilitary and commercial rockets from Alcântara.

President Jair Bolsonaro's government has said it hopes the agreement will become a key source of revenue for the Brazilian state by opening the door to the facility’s rental for commercial launches from abroad.

Alcântara’s location is key because of its proximity to the equator, launches burn less fuel and rockets can carry larger payloads. It could yield “tens to hundreds of millions of dollars a year,” said Carlos Moura, head of the Brazilian Space Agency.

Roughly 800 families are now scheduled to be removed to make way for the launch site’s expansion, though their removal is on hold, in part due to the coronavirus pandemic.

'At risk of becoming extinct'

For some, the expansion project’s planned evictions are part of an all-too-familiar cycle of disregard for the quilombo inhabitants.

“Never, in these 40 years has the threat of removal of these communities been so real because the Bolsonaro government is known around the world as one that does not respect the constitution or legislation. And it’s a government that is clearly racist,” said Danilo Serejo, a lawyer with the Movement of People Affected by the Alcântara Launch Site, who was raised in the Canelatiua quilombo. 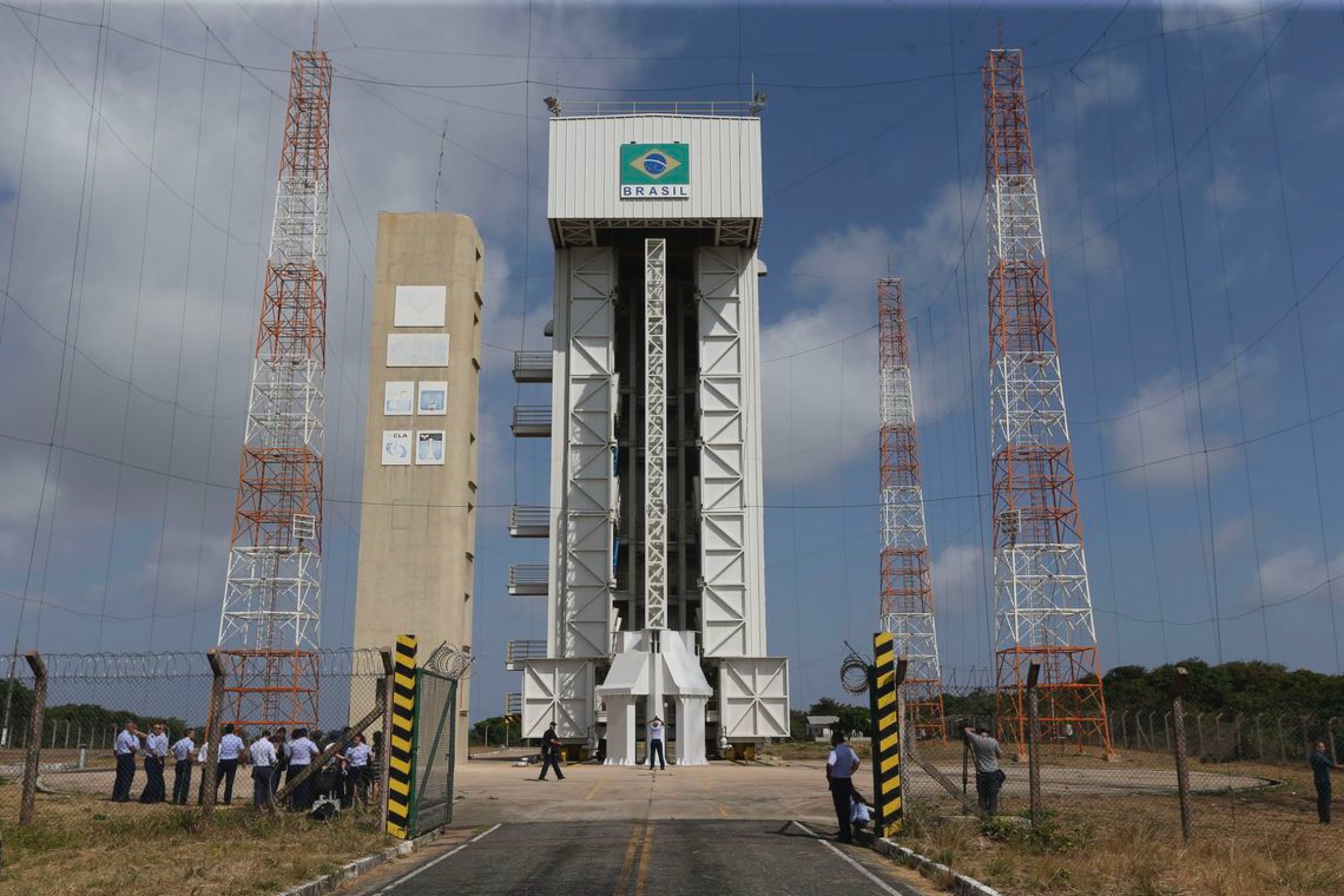 The location of the Alcântara Satellite Launch Site is key — because it’s close to the equator, launches burn less fuel, and rockets can carry larger payloads.

Related: Brazilians flock to the coast during the height of tourist season while coronavirus cases surge

From the Mamuna quilombo’s communal yucca fields, residents can see the top of the installations of the Alcântara Satellite Launch Center, which borders their land. They are sustainable farmers. They fish in the ocean, a short walk from the village. Their fruit trees are plentiful.

“This land is abundant. Land. Ocean. Fields of crops. Everything you plant here will grow,” said resident Lorenza Vera, whose family has lived on this land for generations.

“We are Black, Indigenous, quilombola peoples. We are being threatened today. Just like in the past, we are at risk of becoming extinct,” Vera said. “We are living the same things as in the past. Running the risk of being extinct from our place of origin, our roots and our identity.” 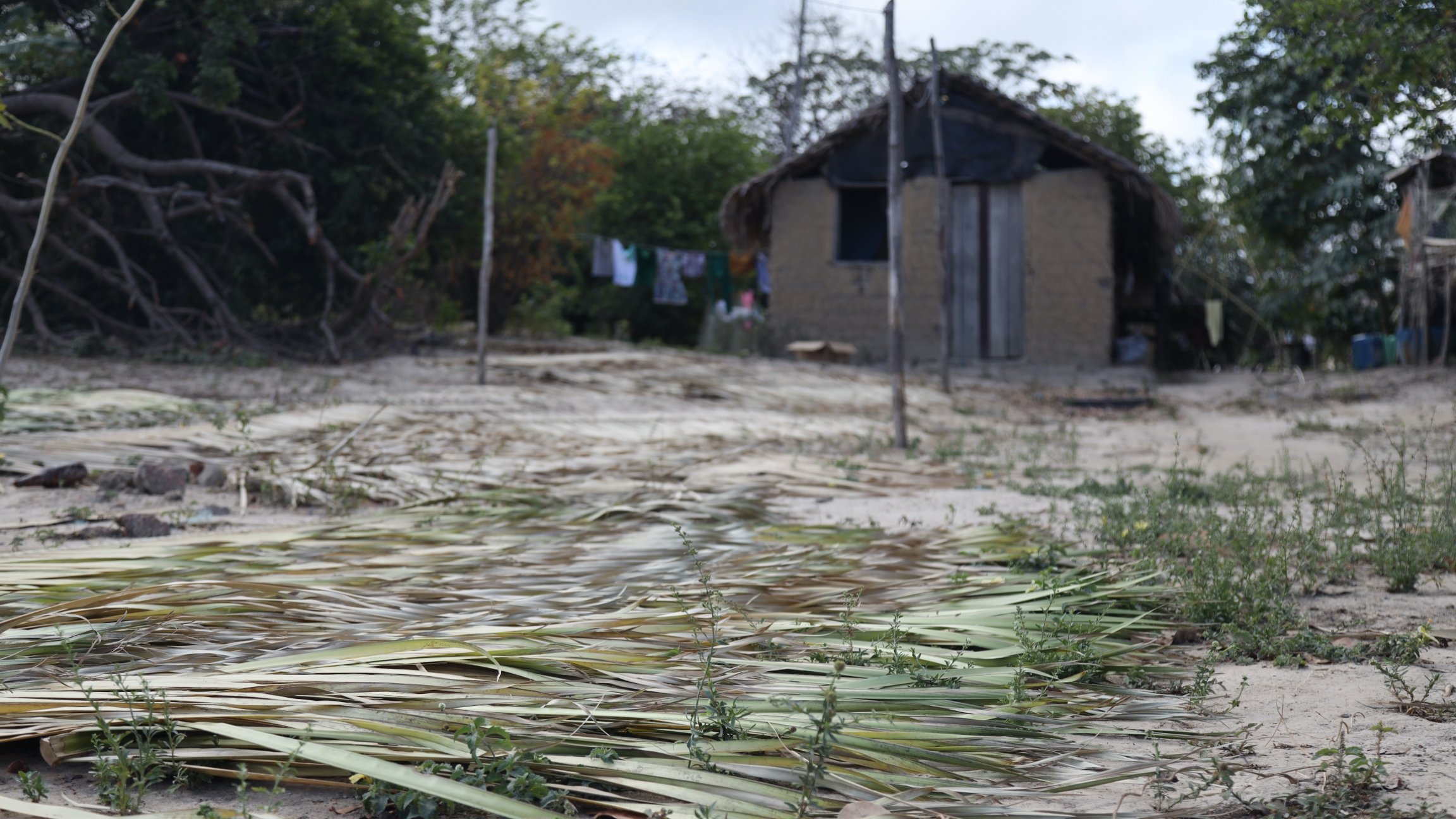 From the Mamuna quilombo’s communal yucca fields in northeastern Brazil, residents can see the top of the installations of the Alcântara Satellite Launch Center, which borders their land.

Can Biden put a stop to the expansion project?

The expansion project has received pushback in the US, and some hope the Biden administration will put a stop to it.

In January, nongovernmental organizations and Brazil experts delivered a policy paper to the Biden administration, asking it to reconsider agreements with the Brazilian government because of Bolsonaro’s disregard for “democracy and the rule of law.”

The Alcântara accord was listed among the top issues.

“As Trump and Bolsonaro administrations negotiated this accord, Quilombo communities were promised that there would be no land expropriation,” the document reads. “But those promises were unceremoniously broken amid Brazil's deepening pandemic in March 2020 when the Bolsonaro administration announced its plan to illegally expropriate 12,000 hectares of forested Quilombo land of some 800 Quilombo families who have long practiced sustainable rotating agriculture and forest preservation.”

The paper highlighted that the Alcântara Launch site was already larger than the 7,300-hectares Spaceport America, in New Mexico, and urged the Biden-Harris administration to take a “firm stand against any expropriation of Quilombo land.”

Late last year, congressional members including Rep. Deb Haaland and Sen. Bernie Sanders wrote to the Armed Services Committees to request that the 2021 Defense Authorization Bill prohibit the US from cooperating with projects that would lead to the relocation of Indigenous or quilombola communities in Brazil.

“This agreement between Trump and Bolsonaro administrations threatens to displace hundreds of Afro Brazilian quilombo families from their land, further disparaging an already marginalized community,” said Georgia Rep. Hank Johnson on the House floor in September 2019.

Meanwhile, the Bolsonaro administration recently went to the Alcântara area in what critics are calling a public relations move to make it appear as though they are supporting quilombo communities while plans to expand the space base get underway. On Feb. 11, Bolsonaro and several cabinet members delivered land titles to 125 families in the area who were relocated back in the 1980s.

“This is the government that has most cared about human rights in Brazil … and we'll be back with more land titles,” said Damares Alves, Bolsonaro’s firebrand minister of women and family and a former evangelical preacher.

But these land titles “are of dubious legal standing,” said  Sean T. Mitchell, a Rutgers University anthropology professor who wrote a book about the launch site and its conflict with the local community.

So Brazilians continue to organize.

“We are on high alert because we know that the government will do everything it can to remove the communities,” Serejo said. “And even the issuing of these land titles at this moment is part of a strategy to pressure the communities.”

“The fact that we were able to call the attention of US politicians was important for us."

“The fact that we were able to call the attention of US politicians was important for us,” said Davi Pereira Junior, a doctoral student at the University of Texas, who grew up in the Alcântara quilombo of Itamatatiua. “Without pressure from the US society, it will be very difficult to confront this.”

Leandra Silveira — who was relocated in the 1980s — is among those who have been working to spread awareness about the impact eviction would mean for their families.

“We are fighting, talking with people. When I go to the communities, I tell them that I am a reflection of themselves. I already suffered. I don’t want you to suffer,” Silveira said. “For us to win, we have to hold hands, and be united, for us to be strong.”