Tens of thousands of protesting farmers drove long lines of tractors into India's capital on Tuesday, breaking through police barricades, defying tear gas and storming the historic Red Fort as the nation celebrated Republic Day — which marks the anniversary of the adoption of the country's constitution on Jan. 26, 1950.

They waved farm union and religious flags from the ramparts of the fort, where prime ministers annually hoist the national flag to mark the country's independence. 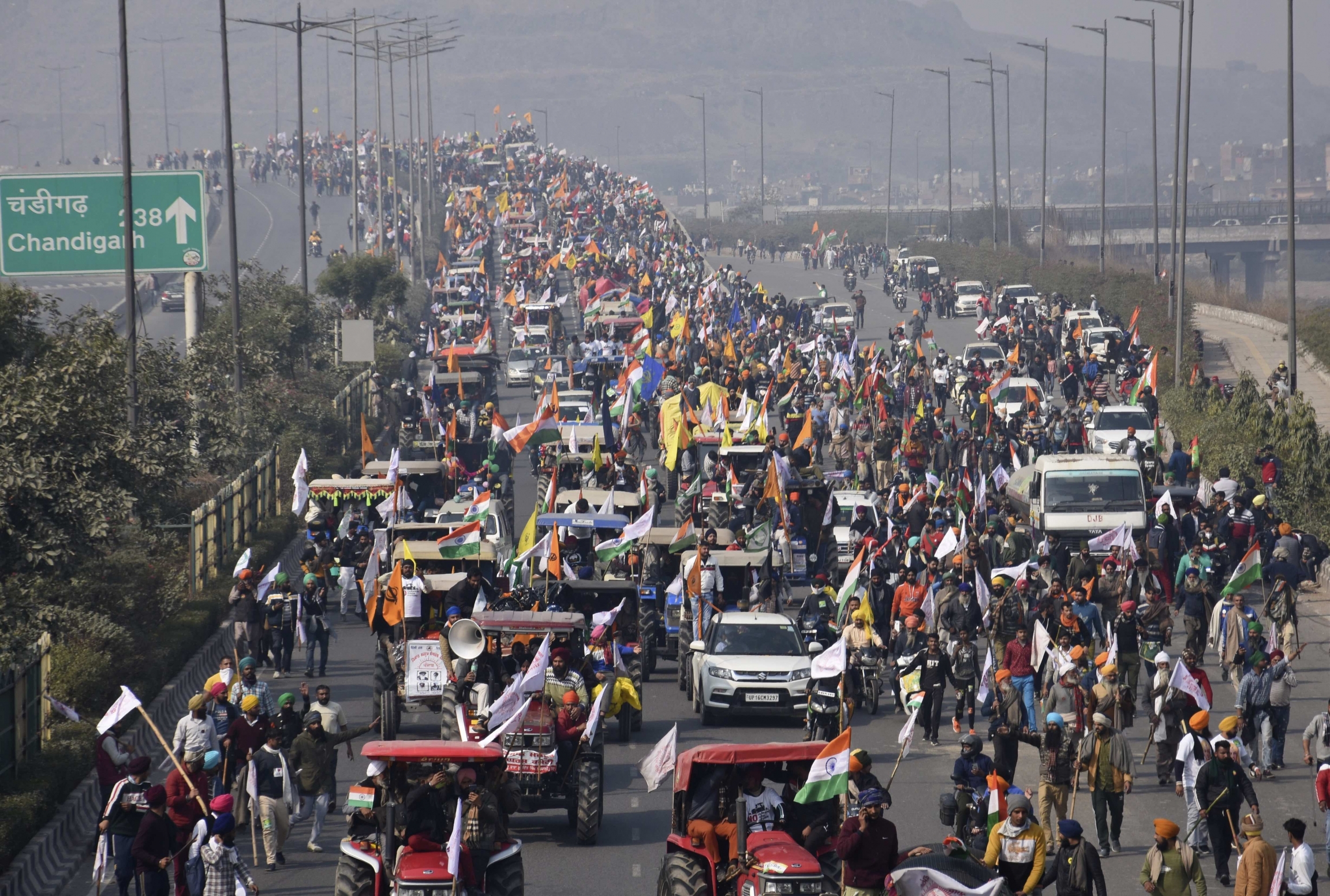 Farmers participate in a protest march toward the capital during India's Republic Day celebrations in Delhi, Jan. 26, 2021.

Throngs of farmers marched on foot or rode on horseback while shouting slogans against India’s Prime Minister Narendra Modi. The demonstration is part of nationwide protests against agricultural laws that farmers say will commercialize agriculture and devastate farmers' earnings, putting their livelihoods at risk.

The government insists that the agriculture reform laws passed by Parliament in September will benefit farmers and boost production through private investment. 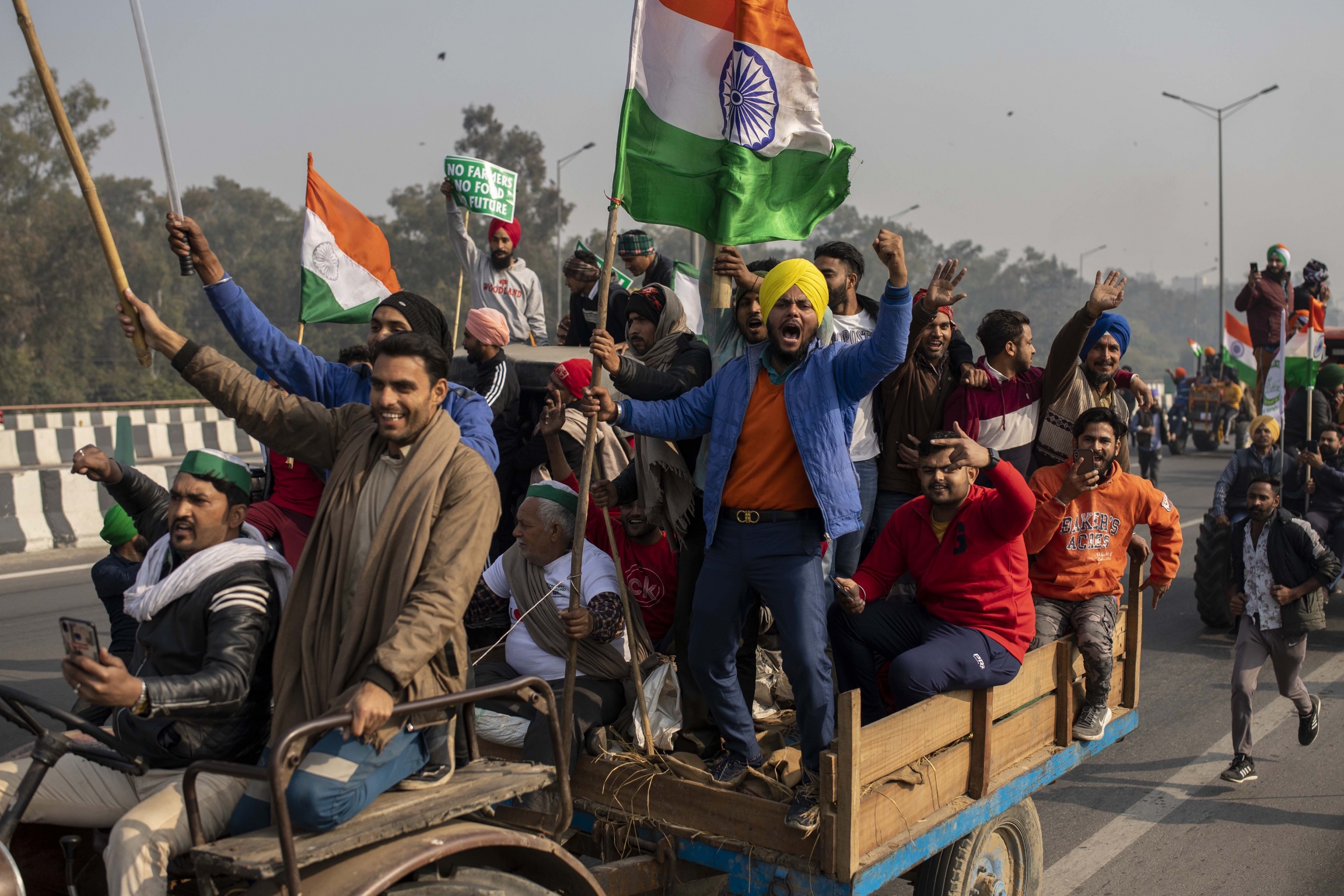 Tens of thousands of farmers drove a convoy of tractors into the Indian capital as the nation celebrated Republic Day on Tuesday in the backdrop of agricultural protests that have grown into a rebellion and rattled the government.

Sikh American artist and activist Vishavjit Singh has been following the protests closely from New York.

"The Indian government passed these trade laws last year without much discussion with opposition parties and farmers to reform agricultural practices and how farm produce goes from farm to the shelves."

"The Indian government passed these trade laws last year without much discussion with opposition parties and farmers to reform agricultural practices and how farm produce goes from farm to the shelves," Singh told The World. "There are issues for a lot of small- and medium-scale farmers where they feel they might actually go out of business."

Farmers tried to march into Delhi in November but were stopped by police. Since then, unfazed by the winter cold, they have hunkered down at the edge of the city and threatened to besiege it if the farm laws are not repealed. 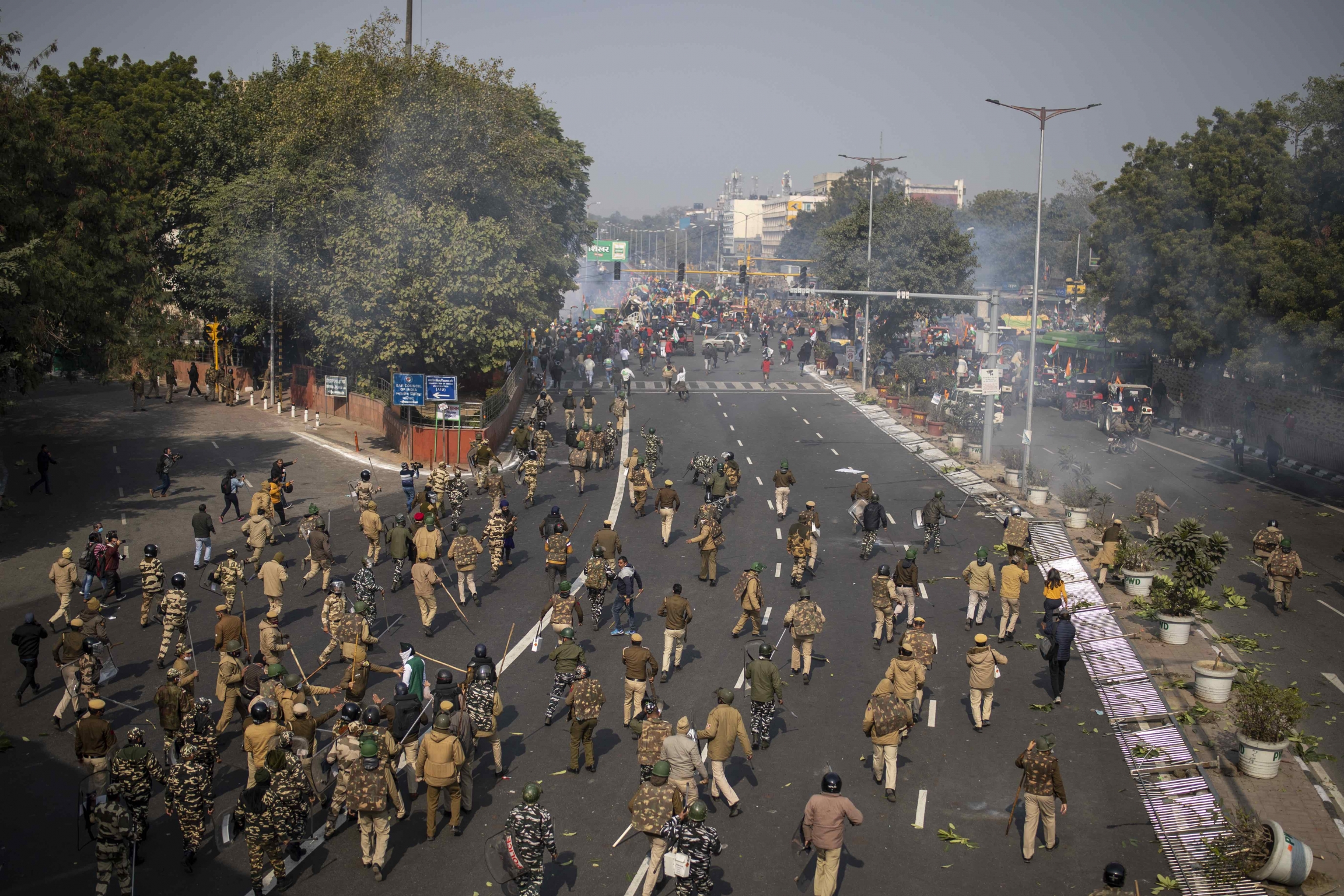 The government has offered to amend the laws and suspend their implementation for 18 months. But farmers insist they will settle for nothing less than a complete repeal.

Singh works with United Sikhs, a human rights and humanitarian aid organization that has a chapter in India. Over 150 Volunteers from United Sikhs have been on the ground near Delhi where farmers have been camping, providing basic services since November last year.

"Initially, there was a need for food, but very quickly that turned into medical needs. So, these farmers have left their homes and traveled hundreds of kilometers to the border of the capital city of Delhi. And our teams have been providing medical services, ambulance services, urgent care needs and then subsequently water services,” Singh explained.

AP contributed to this report.