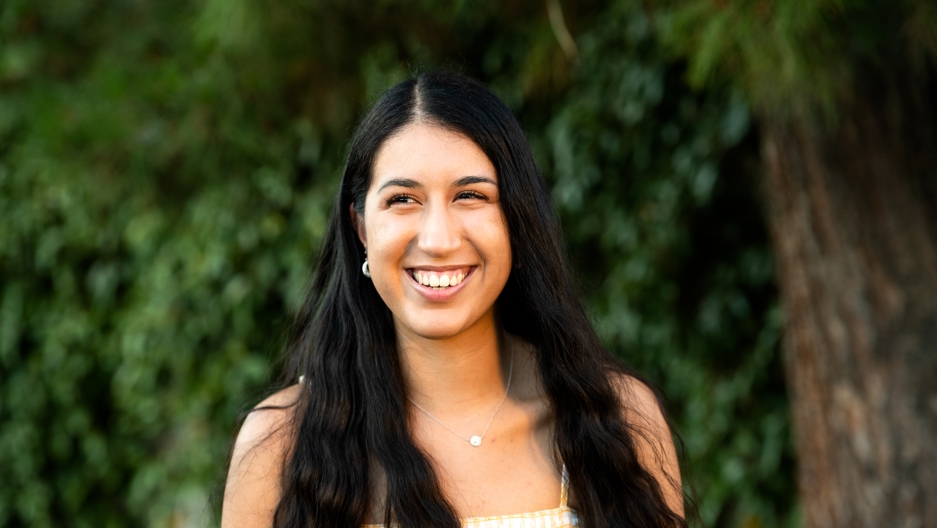 Adela Diaz recalled a tense night on Nov. 3, after she voted in her first US presidential election.

With the vote too close to call in several states on election night and President Donald Trump ahead in key states, she didn’t know what she’d wake up to find the next morning.

“I’m going to be honest with you. There was a moment on election night when everything just seemed very bleak,” she said. “The margins were too close and I had to go to bed because I had to go to school the next morning. And not that it would have done me any good to stay up. Because we didn’t get any real news for a few more days.”

One event that wasn’t in doubt by late that night: Arizona was heading blue. For the first time in decades, it would have two Democratic senators.

“My vote for a Democrat — my state that traditionally votes Republican. Not doing that? That felt so good.”

“My vote for a Democrat — my state that traditionally votes Republican. Not doing that? That felt so good,” said Adela Diaz, an 19-year-old, registered Democrat living in Tucson.

Her parents, Debbie Diaz and George Diaz, reflected on the election in an interview over Zoom. Right before the new year, they considered the question: What do you want from 2021?

“We need peace,” her mother said. “That’s the biggest take[away] from all of this, was how divided everyone is, whether it’s family, friends. You may not have friends anymore. You may have conflicts with your family, all because of this.”

And for Adela Diaz?

“Hopefully, we won’t all be locked up in our houses in the next election,” she said. “I won’t freak out when someone with a petition tries to approach me and their mask isn’t on right.”

Adela Diaz’s party of choice won, but a year ago, she was primarily an Elizabeth Warren supporter. Today, she remains less ecstatic with the Democrat’s choosing Joe Biden and Kamala Harris.

It’s a common refrain from many young Latino voters: "Anyone but Trump." The lobbyist group Voto Latino estimates 75% of Latino voters in Arizona voted for Biden.

“Unfortunately, I have to go with what the [Democratic National Committee] wants me to go with and so if they end up choosing Kamala as their candidate, then yes she will have my vote in 2024,” she said.

Adela Diaz’s father hopes when that next election comes, Latinos aren’t just lumped together into one voter group, assumed to vote as a monolith with their own priorities separate from those of other Americans.

“Our priorities are much like everybody else’s priorities,” he said. “We want to be safe, we want to have good schools. We want to have dependable infrastructure. I don’t think anyone can argue with that.”

He also hopes that will lead to more effective outreach in the 2022 midterm elections.

Related: Why is Arizona trending blue? Ask Latinos and immigrants who live there.

With the elections behind her, Adela Diaz is turning her focus to college.  She just began her second year as a public health major, and all but one of her classes are online this semester. Universities are taking precautions as another wave of the coronavirus moves across the state.

That’s why Adela Diaz continues to be interested in health disparities — and more so now, after seeing the impacts of the pandemic on diverse communities.

“You hate to watch it happen but again, what kind of people are essential workers? Many of them are low-income people of color,” she said. “Who was disproportionately affected? Essential workers. People living in multifamily homes. People who can’t quarantine without hurting their other family members.”

The virus and a wild, deadly election year laid those realities bare.

“Now, a year later, I feel the same,” she said. “Just more passionate, for sure.”