Amid chaos at the US Capitol this week, new coronavirus cases have surged in the US with more than 4,000 deaths in a single day on Jan. 7, making it the nation’s deadliest day for the pandemic. The US continues to lead the world in COVID-19 deaths and infections. And in China, just a year after the city of Wuhan shut down to control the spread of the coronavirus, 11 million residents of Shijiazhuang, in northern Hebei province, southwest of the capital Beijing, will undergo a complete lockdown after a major COVID-19 flareup. The city reported 120 new, local cases, making it China’s biggest rise in virus cases in months.

Japan is also struggling to contain the virus, declaring a one-month state of emergency for Tokyo. Prime Minister Yoshihide Suga warned that restrictions may need to expand to other parts of the country, which could push Japan into another recession just as it was starting an economic recovery.

🎧 Listen: Today on The World

WHO Director Tedros Adhanom Ghebreyesus said this week that the “world has entered a new phase of the pandemic, where solidarity is needed like never before. That we are in a race to save lives right now.”

Today on The World, host Carol Hills speaks with Dr. Anthony Fauci, director of the US National Institute of Allergy and Infectious Diseases, who said we’ve been in this phase all along. “Whenever you have a global pandemic you have to have solidarity between countries. Because what affects one country, in one part of the world — when you’re dealing with a communicable disease that has a high degree of efficiency and transmitting from person-to-person — you have to have interconnectedness with regard to cooperation, collaboration and solidarity,” Fauci said.

Listen to our interview with Dr. Anthony Fauci on today's show.

One year after Iranian forces shot down a Ukrainian jetliner, killing all 176 passengers, more questions than answers remain. Ukraine and several other countries have called on Iran to compensate victims’ families and come forward with more details about what exactly happened when the jet was shot down on the same night that Iran also launched a ballistic missile strike against US bases in Iraq. Iran claims “human error” for the deadly crash and has approved payments of $150,000 to each of the victims families. But some victims’ families say they’ve experienced alleged harassment from Iranian authorities whose investigation into the crash lacks transparency and accountability.

And, national security questions persist after a deadly siege on the US Capitol on Wednesday that claimed the lives of at least five people, including US Capitol police officer Brian Sicknick, who died of injuries sustained during the riots. In the aftermath of the rampage, there are growing calls from both sides of the political aisle to impeach President Donald Trump or invoke the 25th Amendment to oust him for inciting the violence, with just 12 days remaining in his presidency.

'I fear for our democracy,' says Rep. Mondaire Jones in calling for Trump's removal 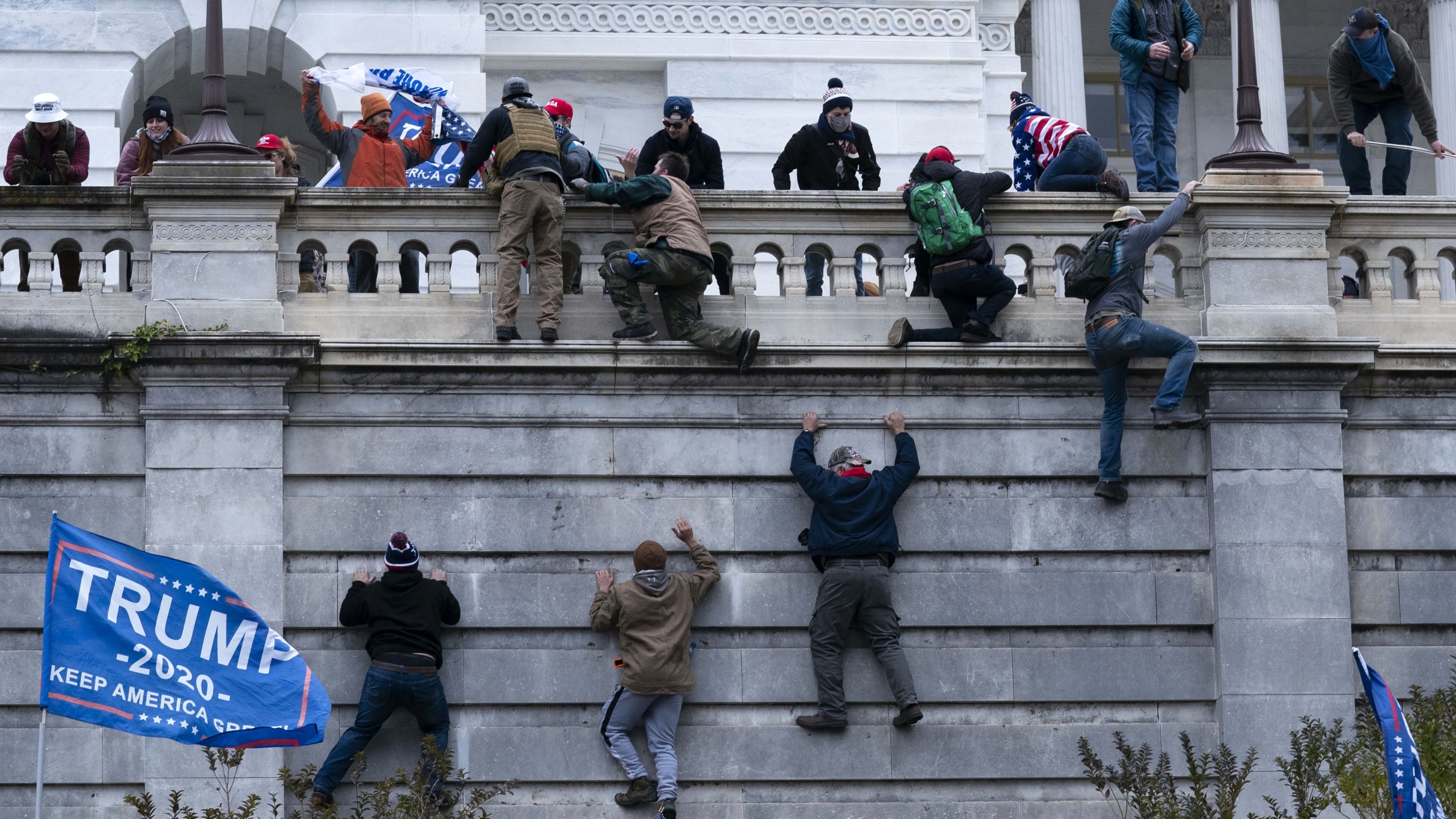 Supporters of President Donald Trump climb the West wall of the US Capitol on Jan. 6, 2021, in Washington, DC.

Newly elected Congressman Mondaire Jones of New York was in the US Capitol on Wednesday when pro-Trump extremists breached the building. He is among a group of congressmembers who unveiled a resolution Thursday to impeach Trump.

"We need to remove this president. He's shown himself to be a danger even in the final weeks of his presidency," Jones said.

How cartoonist view the attack on the US Capitol

Afghan cartoonist Shahid Atiq draws his take on the motives of Donald Trump after the president's supporters stormed the halls of Congress this week.

Listen to The World on Friday as we explore the satirical opportunity this tragic event provided to people from countries usually considered unstable in an interview with Lebanese satirist Karl Sharro who blogs and tweets under the monicker Karl reMarks.

Listen: A lens on the US after violence on Capitol Hill 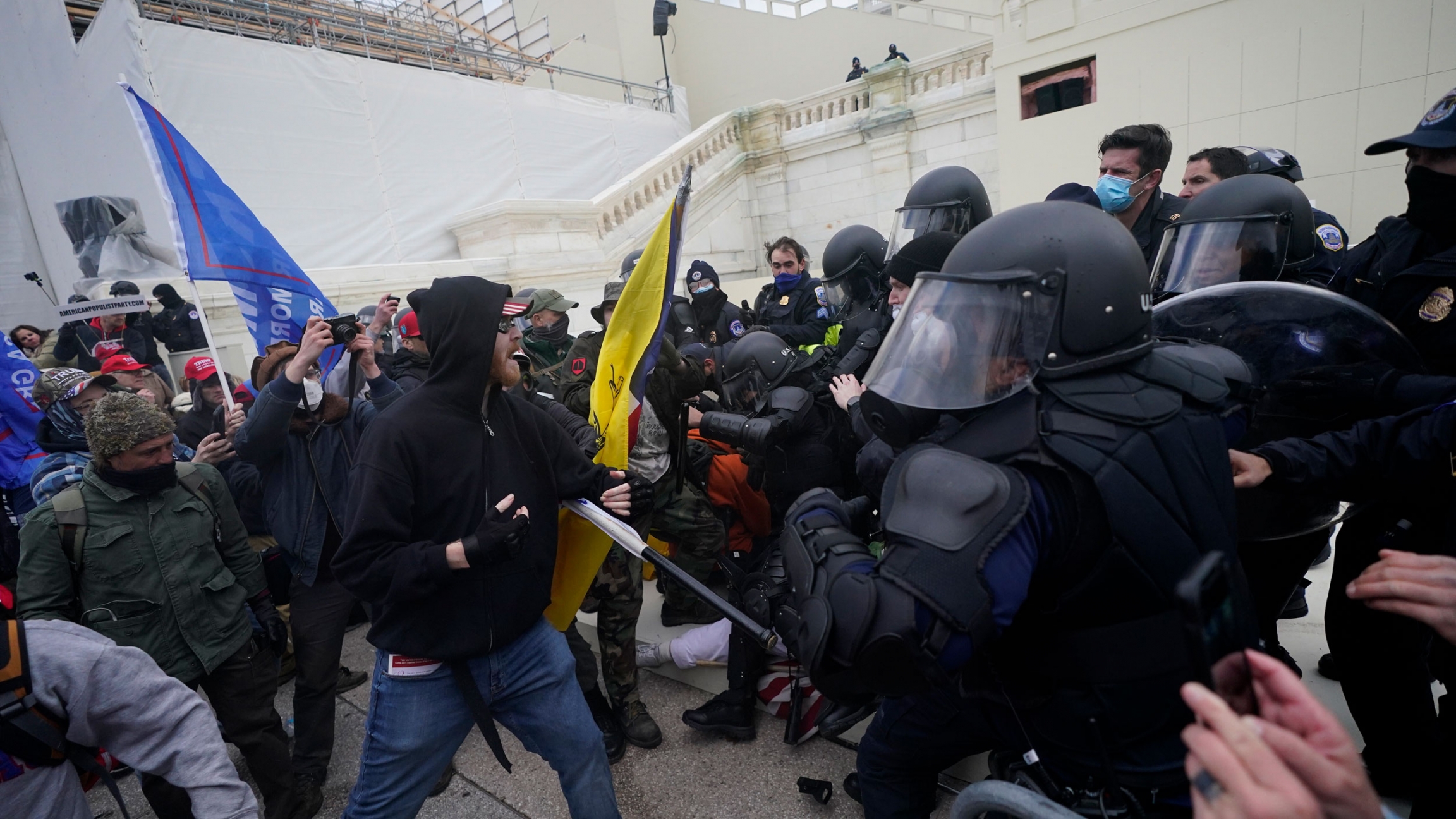 Trump supporters are shown breaking through a police barrier at the Capitol in Washington, Jan. 6, 2021.

The US has presented itself as a beacon of democracy around the world. How have the events of this week impacted the US’ image? And, among those who stormed the Capitol on Wednesday were supporters of QAnon, a dangerous conspiracy theory that has grown internationally. Also, host Carol Hills speaks with Sri Lankan writer Indi Samarajiva who shares his experience living through the recent coup in his country and the violent events that followed.