In China, at this time of year, the craving for hairy crabs is strong. The start of hairy crab season in the fall is as eagerly awaited as pumpkin spice lattes at Starbucks. 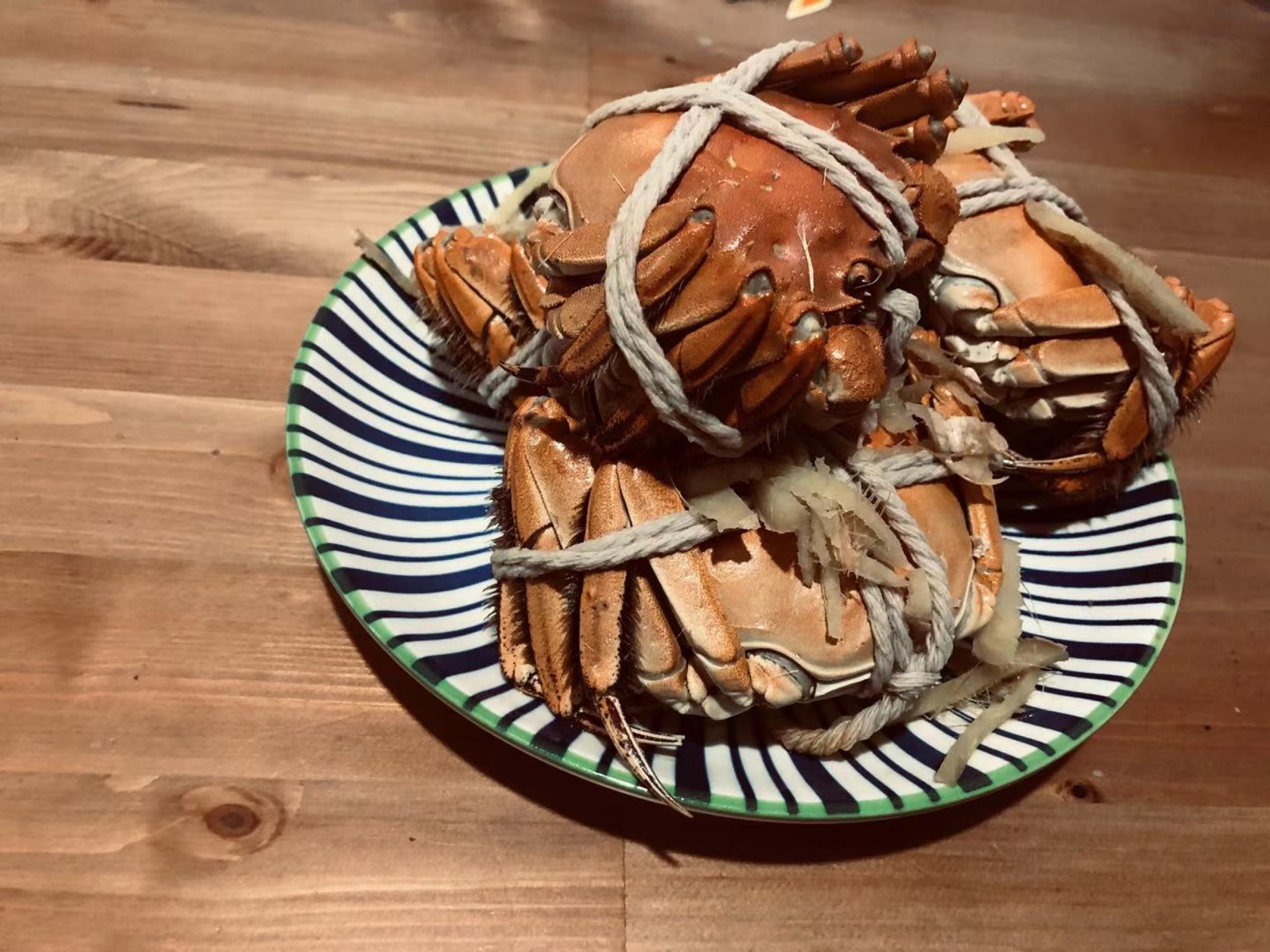 A plate of hairy crabs.

They’re called hairy crabs, or mitten crabs, because of the patch of fur on their front claws. The celebrated delicacy in China is also considered an illegal, invasive species in some parts of the world.

But at Kong Yi Ji Restaurant, in Shanghai’s old town, people come from around the world to sip yellow rice wine and enjoy hairy crabs from September to December.

Liu Yun has run the restaurant with his brother for the past 20 years.

“The flavor of the crabmeat is naturally a little sweet. And it leaves a fragrant smell on your hands.”

“The flavor of the crabmeat is naturally a little sweet,” he said. “And it leaves a fragrant smell on your hands.”

The most famous hairy crabs are farmed on Yangcheng Lake, an hour from Shanghai in Kunshan, Jiangsu Province. A long row of restaurants serving hairy crab line the shore. Nearby is a market for hairy crabs, where rows and rows of crab farmers sell directly to buyers. 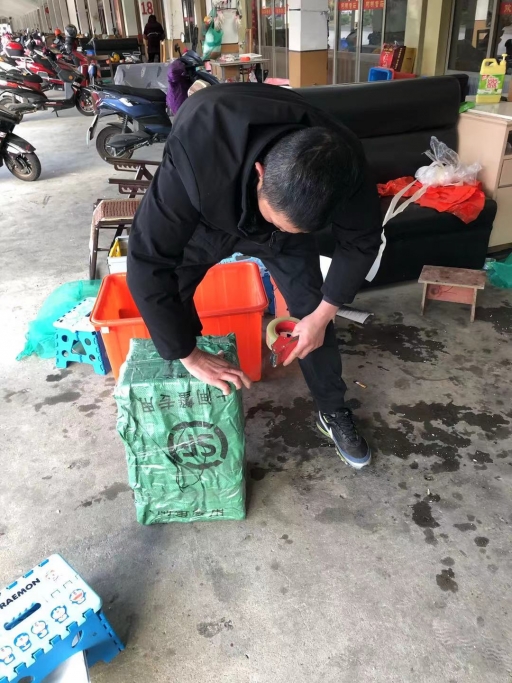 Song Zhenhua packaging up boxes of hairy crab for shipment.

Song Zhenghua and his wife stand outside their shop, packing up shipments of live hairy crabs, 10 to a box. The crabs are small, about the size of a fist. The couple wraps each one in twine or straw to keep them from crawling away.

“The [COVID-19] pandemic has had an impact on business this year. Fewer people have been traveling to the lake,” said Song. But he’s been shipping plenty of orders to his regulars — people all over China.

One courier company has even launched a special delivery service just for hairy crabs.

Hairy crabs aren’t just known for their flavor, but also for the prices they can pull in. This year, a box of the largest crabs could bring up to 1,800 yuan. That’s about $275.

Wu Quan Ying, another crab farmer, tells The World her biggest crabs this season sold for $22 each. She says people are willing to pay top dollar for gifts or for a special meal at home.

She says prices are up 10% this year, but that’s because there are fewer crabs to sell. The heavy rainfall earlier this year wiped out half their yield.

“In the crab business, our livelihoods depend on the weather,” she said.

Farming and selling crabs is a tough job. The farmers harvest the crabs at night and sell them during the day.

Wu and her brother work together. She said she discouraged her son from going into the family business. He’s a teacher instead.

Back at Liu Yun’s Shanghai restaurant, diners can choose from a wide variety of hairy crab dishes, from dumplings to stir-fries. But by far the most popular method, said Liu, is the simplest.

“There’s no secret,” he said. “Just steam the crabs for 20 minutes,” sometimes with a bit of ginger or beer added to the pot. Then unwrap the twine, crack open the shell and dip the meat into a sauce of vinegar and ginger. It’s a delicious and addictive ritual and let’s be honest — pretty messy.

“Most people order a pair of crabs, one male and one female,” said Liu. But for some, two is not enough.

Mr. Zhou, a hairy crab customer, packs some live crabs in a plastic bag for takeaway.

“This is the season for hairy crabs. I can eat five at a time, they’re good for you, high in protein.”

“This is the season for hairy crabs,” he said. “I can eat five at a time, they’re good for you, high in protein.” 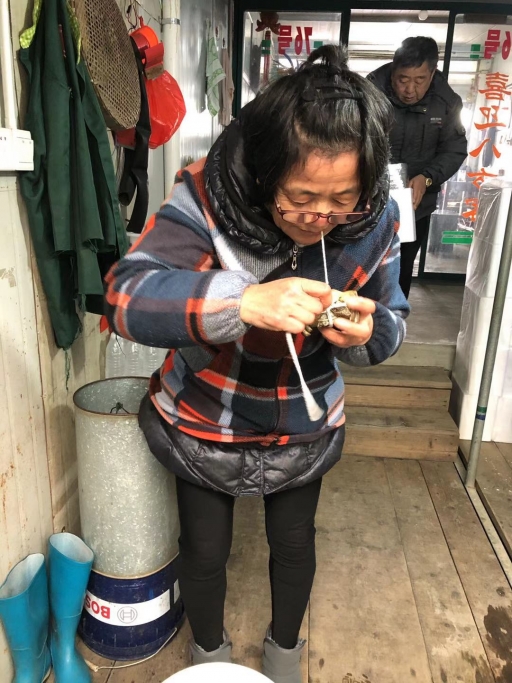 But be warned: Organizing a hairy crab feast of your own could be breaking the law. In countries like the United States and the United Kingdom, hairy crabs are considered an invasive species that arrive on freight ships and damage local ecosystems. Smugglers are only adding to the problem.

Hairy crabs made the news this year in the US when 3,700 “ invasive creatures'' were seized as they were being smuggled into Cincinnati, Ohio. “It is illegal to bring them into the US without a permit,” according to a local news broadcast.

So, are the hairy crabs a menace or a delicacy? Well, for those living in China, when hairy crab season arrives, the lines are long as people wait for their chance to dig in.