Six weeks after the US election, President Donald Trump had still not accepted defeat. This behavior is not typical in mature democracies. And it’s reminiscent of countries with what political scientists call “hybrid regimes” — nations that have elements of democracy but in practice are not democracies.

For us — politics scholars studying Latin America and the former Soviet Union — Trump’s resistance to election results underscores the fragility of democratic institutions when confronted with authoritarian practices. These include deligitimizing election results, interfering with judicial independence and attacking independent media and opposition.

Trump is part of a global trend in authoritarianism. The United States can learn a great deal from other countries where democracies fell victim to the authoritarian playbook.

Trump and members of the Republican Party claimed fraud in the presidential elections. They attempted to overturn legally cast ballots in Pennsylvania, Georgia, Wisconsin and Michigan. Trump, furthermore, has urged state leaders to ignore the will of voters and give their electoral votes to him.

Disregard for voters and electoral rules are tactics well documented in hybrid regimes. Although Trump has charged that the US election was rigged, it was not.

Truly rigged elections involve practices like ballot box stuffing — adding false ballots to legitimate ones, or buying the electorate by offering citizens money or jobs in exchange for votes.

Barring opposition candidates from running for office, as Russia has done, is another tactic.

Other regimes, like Alexander Lukashenko’s in Belarus, pressure electoral officials to falsify electoral results to ensure victories with wide margins. This triggered massive protests in August. 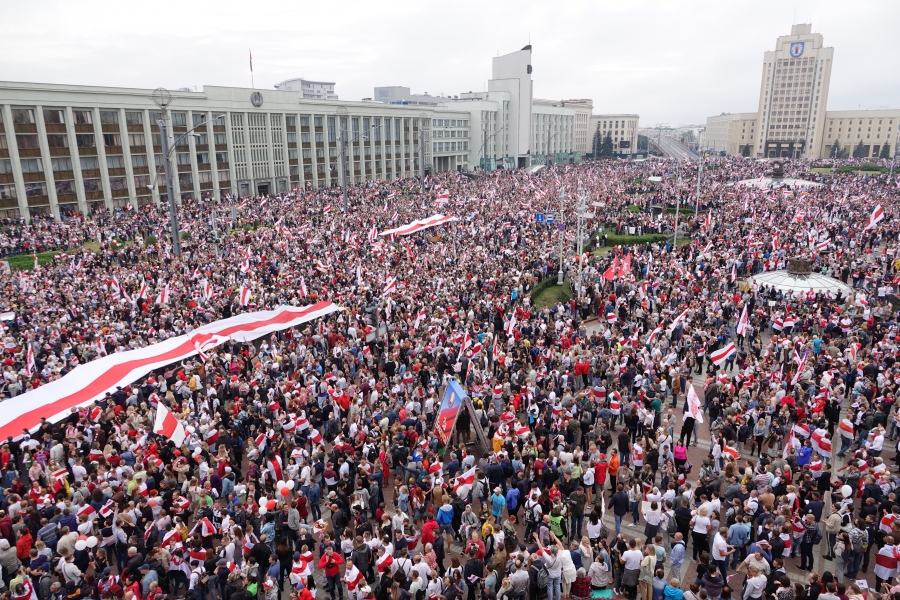 Thousands of people gather in Minsk to call for the resignation of President Alexander Lukashenko, on Aug. 23, 2020.

In Venezuela, since roughly 2005, former President Hugo Chávez seized control of vote processing and counting through the National Electoral Council, a branch of government that oversees elections. This way, any election irregularities always hurt the opposition.

And Chávez encouraged the electorate to vote for him if they were state employees or received government benefits. At times, they received outright threats that they would lose their jobs if they did not vote for him.

Other forms of “encouragement” in Venezuela included “red tents” next to polling stations. These were government stations where people could sign up for government benefits and receive small gifts.

President Trump did something similar by putting his name on stimulus checks in April, which may have been illegal but was never adjudicated.

He also tried to rig the US election by insisting that mail-in votes should not be counted after Election Day, and then attempted to overturn election results based on that claim.

‘Enemies of the people’

Coined by the Soviet dictator Joseph Stalin, the phrase “enemies of the people” — used against all who disagreed with him — has entered Trump’s vocabulary.

Earlier in his presidency, Trump called the press the “enemies of the people.” More recently, Brad Raffensperger, Georgia’s Republican secretary of state, earned this title from Trump after defending his state’s election process.

Russian President Vladimir Putin, who has been in power since 2000 and consolidated his autocratic rule by amending the Russian constitution, has a long list of opposition leaders, civil groups and journalists who have become “enemies of the people.”

Before the election, Trump insisted mail voting was riddled with fraud and tried to overturn Nevada’s vote-by-mail law. He insisted that there would be election disputes and that filling the Supreme Court seat was crucial for that reason.

Similar scenarios to the one Trump hoped for played out with Evo Morales in Bolivia and Juan Orlando Hernández in Honduras.

Morales and Hernández were able to install judges who ruled that clauses in the constitutions prohibiting reelection were unconstitutional. That, in turn, allowed both leaders to run successfully for reelection.

Authoritarian leaders also favor “law and order” arguments to justify their legitimacy. They paint themselves as the ultimate arbiters of what presents a threat.

Russia’s Putin has emphasized his commitment to stability and security, elevating the status of security forces loyal to him, known as siloviki. These security forces now hold high positions in Russian politics, business and society.

Trump has also cultivated the image of a strongman, calling for the mobilization of the National Guard to quell racial justice protests.

Similar to autocratic leaders in Venezuela, Nicaragua and Ukraine, Trump has refused to denounce far-right militias like the Proud Boys, telling them instead to “stand back and stand by,” which was interpreted as a command.

And he suggested that people “liberate” Michigan from the state’s social distancing measures amid the pandemic, a move critics denounced for inciting insurrection. 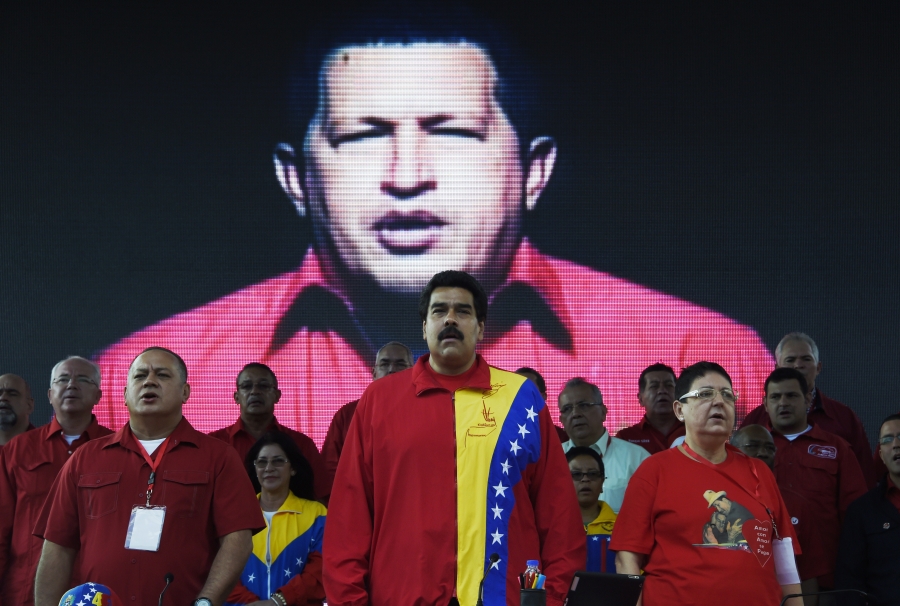 Venezuelan President Nicolas Maduro is seen during the United Socialist Party of Venezuela’s annual congress on July 31, 2014, at Caracas’ Mountain Barracks, where the remains of former President Hugo Chavez rest.

Trump has used ploys from the autocratic playbook throughout his presidency, and that will have lasting consequences.

Trump’s rejection of election results damages the legitimacy of the democratic process.

In general, it encourages other autocrats and would-be autocrats to challenge the electoral process if they don’t like the results. For the US, it promotes the belief that President-elect Joe Biden’s presidency will be illegitimate.

A country’s stability largely depends on people accepting the results if their side loses. If a significant portion of the public refuses to, history shows that violence will not be far behind.

For the United States, the lesson is stark. Surviving the recent electoral turmoil does not guarantee it will outlast a similar scenario the next time.

Republican leaders’ failure to repudiate baseless allegations of electoral fraud — and some Republicans’ willingness to pursue legal action based on these claims — further undermine the legitimacy of the democratic process.

Trump was defeated, but Trumpism will have a lasting effect.