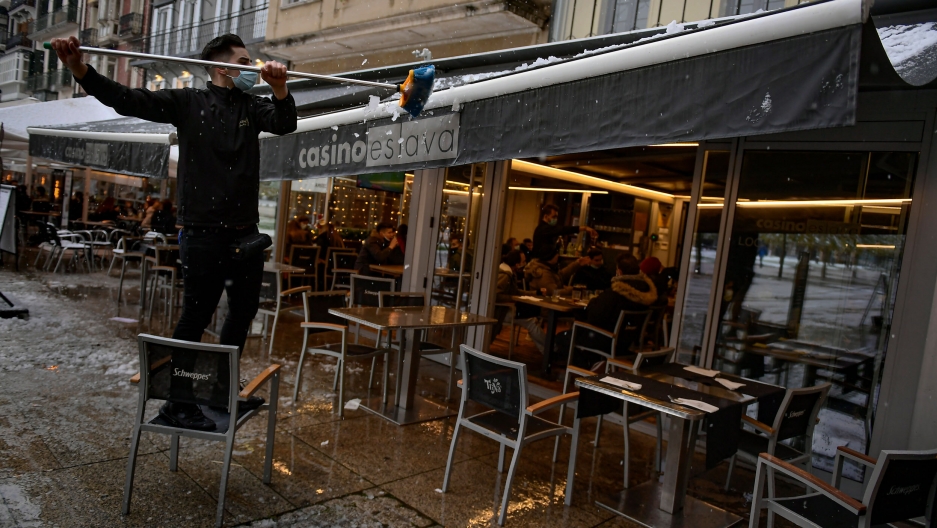 A worker wearing a face mask clears snow from the roof of a bar, in Pamplona, northern Spain, Dec. 5, 2020.

European Parliament lawmakers have finally approved a coronavirus stimulus package in a compromise that allows EU funds to be made conditional on respect for European values, while Hungary and Poland have the right to contest such withholding in the event that Brussels refuses to disburse money. Those two countries have been investigated for years as their actions veer into illiberal practices such as discouraging press freedom and packing courts with political appointees. In addition to unlocking $908 billion to support the economic recovery as countries across the bloc experience a new wave of infections, the European Central Bank added $600 billion to its bond-purchasing stimulus.

After overnight discussions, the 27 member states of the EU also agreed to a proposal to strengthen the intermediate target en route to climate neutrality by 2050 — committing to reduce the bloc’s carbon emissions by 55% before 2030. A small group of coal-reliant countries, including Poland, Hungary and the Czech Republic, had been holding out against the ambitious deal, which comes ahead of a key United Nations climate meeting over the weekend. European Commission President Ursula von der Leyen tweeted that the decision was a “great way to celebrate the first anniversary of our #EUGreenDeal!”

Von der Leyen also warned European leaders that a trade deal with the United Kingdom was unlikely to be struck by Sunday’s deadline, and that “no deal” was the likeliest result of difficult negotiations. The EU rejected UK Prime Minister Boris Johnson’s request to bypass the European Commission and speak individually with French President Emmanuel Macron and German Chancellor Angela Merkel. Instead Johnson was told to work through negotiator Michel Barnier.

Meanwhile, across the pond, the US Congress remains at a similar impasse over COVID-19 relief negotiations, as Republican Senate leaders spurned a $908 billion coronavirus aid package backed by a bipartisan group of legislators. The House of Representatives agreed Wednesday to a one-week extension of government relief funding, as House Speaker Nancy Pelosi said that talks could run through the holidays. Democrats have been loath to give up on state and local aid provisions, while Republicans have emphasized legal liability protections for businesses.

Argentina moved toward legalizing abortion on Friday, a step closer to honoring a promise made by President Alberto Fernández. The lower house of Argentina’s parliament approved the abortion bill by a vote of 131 to 117 votes after over 20 hours of debate, but the legislation would still need to pass the Senate to become law. The country would be only the fourth in all of Latin America to make abortion legal, in a region where Catholic Church doctrine exerts strong influence on reproductive policies.

And the US Supreme Court ruled Thursday that Muslim Americans included on the no-fly list after refusing to become government informants can sue federal officials for damages covered by the Religious Freedom Restoration Act. Ramzi Kassen, the lawyer representing three plaintiffs in Tanzin v. Tanvir, said that the no-fly list combines “tremendous power with a near-total lack of transparency.” 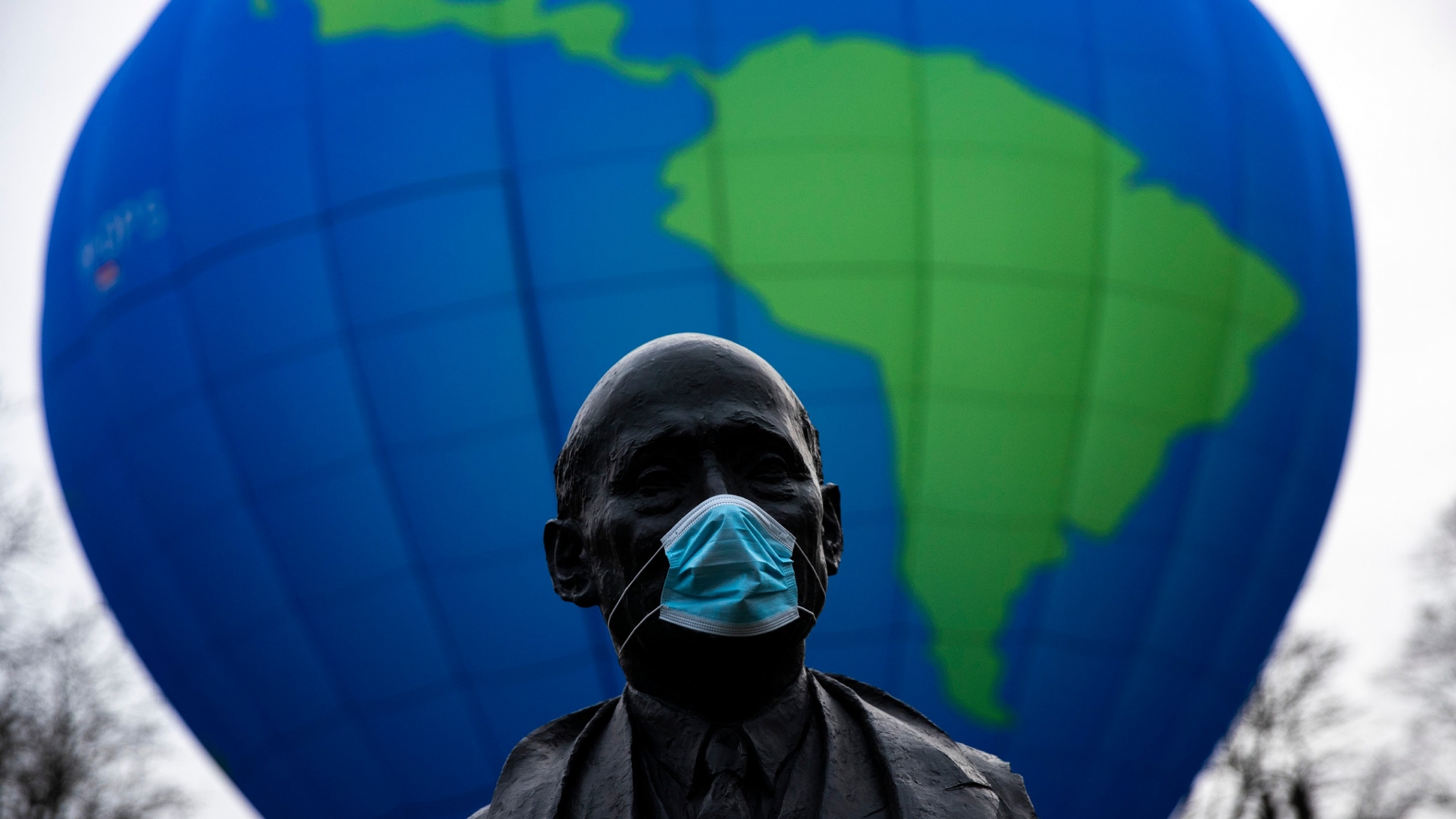 The bust of French statesman Robert Schuman, one of the founders of the European Union, is seen while environmental activists launch a hot air balloon during a demonstration outside of an EU summit in Brussels, Belgium, Dec. 10, 2020.

Five years ago this Saturday, nearly every country in the world adopted the Paris climate agreement in a planetary effort to stave off the most catastrophic impacts of global warming.

Those involved in the negotiations say there's still much work ahead. But there are signs of optimism, too, particularly this year: several important countries have announced new targets to reach net-zero emissions by 2050. 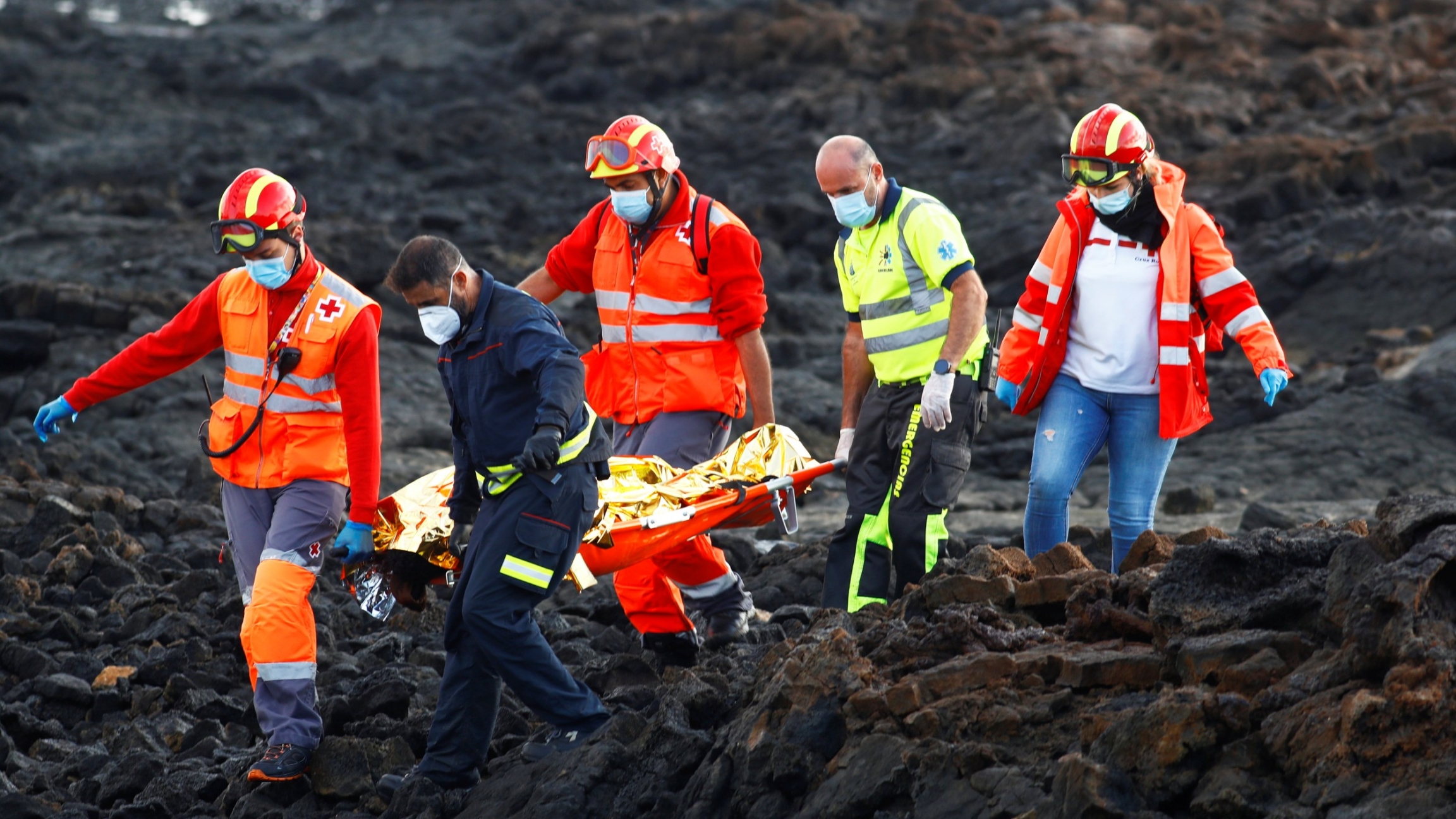 Rescue workers carry the body of a dead migrant after a boat with 35 migrants from the Maghreb region capsized at the beach of Orzola, in the Canary Island of Lanzarote, Spain, Nov. 25, 2020.

About 20,000 African migrants have reached the Spanish archipelago this year, half of whom arrived in the last two months alone. More than 500 have died attempting the journey.

The Canary Islands hadn’t seen an increase of arrivals this big since 2006, when about 35,000 people entered by sea.

To fend off boredom during the latest lockdown, the Sea Life London Aquarium has been showing its gentoo penguins Christmas movies. Senior curator James Robson told The World's Marco Werman that the 2003 film "Elf" starring Will Ferrell is definitely their favorite!

Whenever I need cheering up, I think about penguins watching "Elf." https://t.co/khkNczajs0 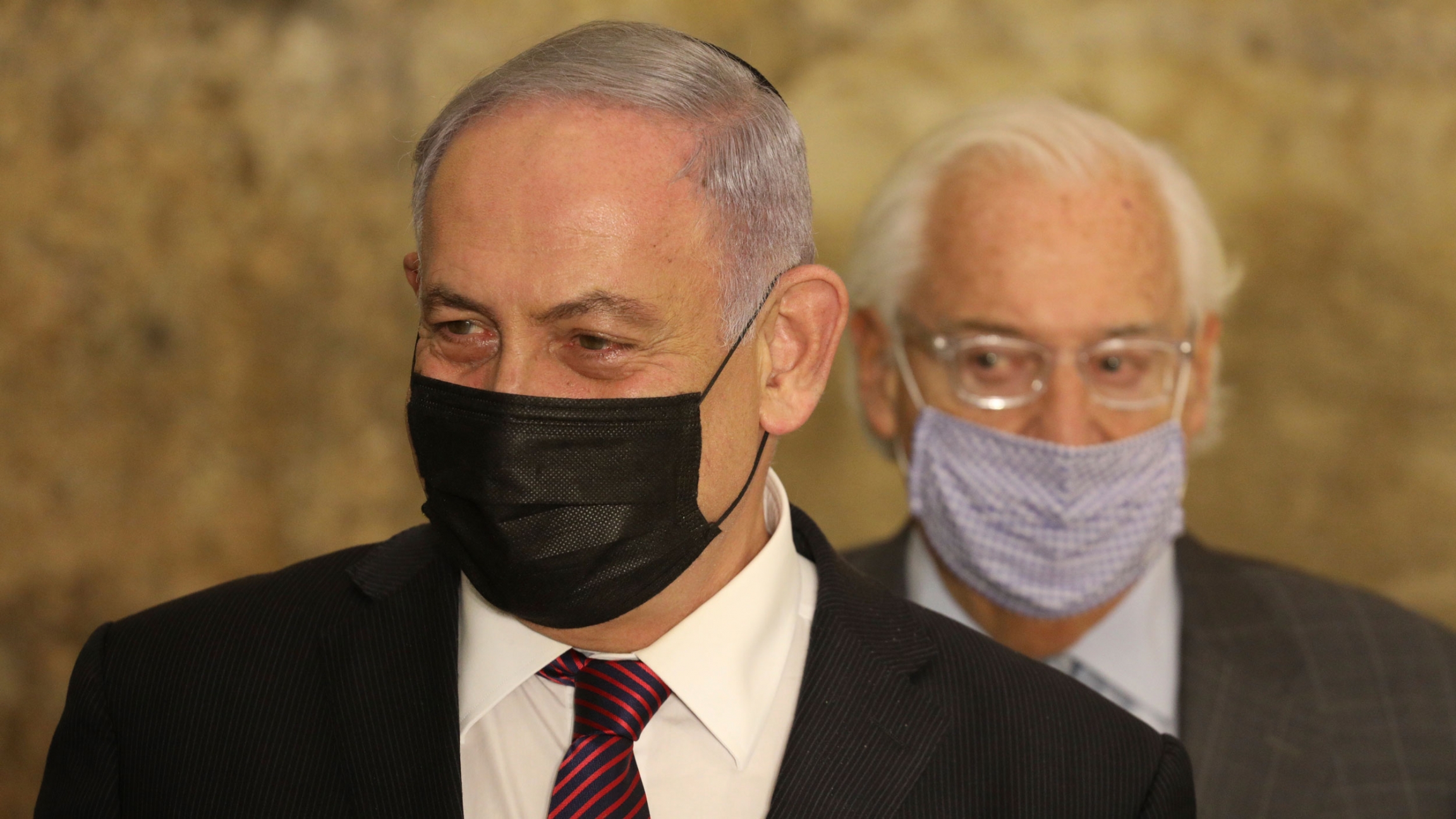 Israeli Prime Minister Benjamin Netanyahu, left, and US Ambassador to Israel David Friedman addresses the media in Jerusalem on Dec. 10, 2020.

Big news in the Middle East today: Israel and Morocco have agreed to normalize relations. And in Lebanon, caretaker Prime Minister Hassan Diab and three other government ministers have been charged with negligence related to the explosion that rocked the port of Beirut in August. And, in what could be a dramatic development in global antitrust in decades, more than 40 US states and the federal government are suing to break up Facebook. Also, team archaeologists have been working to uncover an enormous stretch of paintings covering cliff faces in the Amazon in Colombia.