The last time historian Joshua Freeman saw his former professor Abduqadir Jalalidin was in 2016, when they were sharing drinks and stories in Jalalidin’s apartment in the city of Urumqi, China. Jalalidin, a famous Uighur poet, and Freeman, a translator of Uighur poetry, also share a mutual interest in Uighur history and culture.

Less than two years later, Freeman learned that Jalalidin had been one of the million-plus Uighur people sent to China’s so-called “reeducation” camps. These camps are widely reported to be part of a vast, coordinated campaign by the Chinese government to persecute and forcibly assimilate Muslim ethnic groups in the Xinjiang region of northwest China. 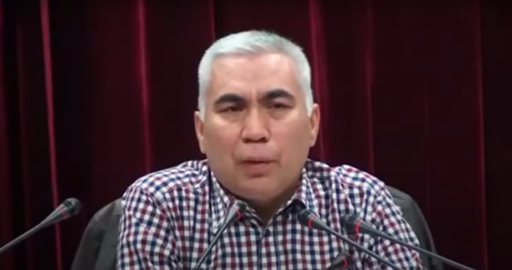 Screenshot of the poet and professor Abduqadir Jalalidin speaking into a microphone.

After years of silence, Freeman finally heard from his former professor in an unexpected way — in the form of a poem.

“What I learned is that even in the camps, my old professor had continued writing poetry,” Freeman said. While he can’t know for sure, Freeman believes that fellow camp inmates had memorized Jalalidin’s poem and it spread by word of mouth outside the camp gates, eventually reaching Freeman in New Jersey.

Freeman translated the poem from Uighur into English and began sharing it on social media. The poem, “No Road Back Home,” is a mournful expression of being trapped in a hopeless situation, of yearning for community and home. 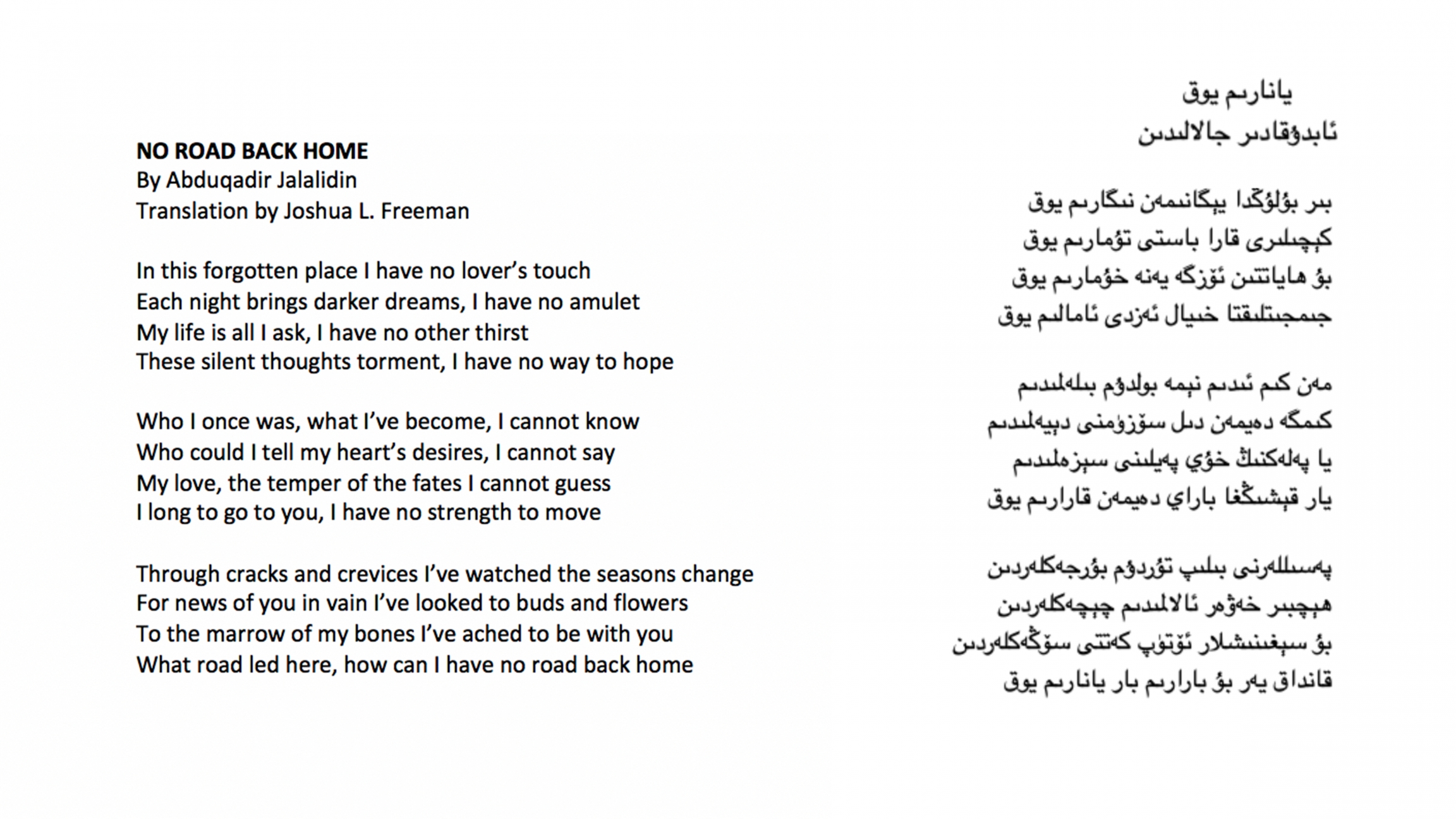 “No Road Back Home,” by Abduqadir Jalalidin, in English (left) and Uighur (right).

Freeman said he was profoundly moved when he first encountered the poem.

“I think about what's happening in the Uighur region all the time, but this was one of the very most affecting and direct documents I'd ever encountered from the unimaginable suffering that's happening there right now,” Freeman said. “You know, amidst all of the suffering and hopelessness, there is the resilience and the courage and the creativity of writing this poem.”

Poetry is a powerful force in Uighur culture, said Freeman, who often posts Uighur poetry and his translations on his Twitter page. The fact that many people memorized Jalalidin’s words is a testament to that.

“Many of the best-known and most influential and most loved documents of Uighur history are poems,” Freeman said. “This poem is a very important document of what's happening right now.”

Memorizing a poem like this one can help suffering Uighurs connect with their love for their language and shared history, Freeman said. It's also a significant act in the face of China’s targeted attacks on Uighur culture and traditions.

“In terms of Uighur continuity and in terms of self-preservation and in terms of keeping one's spirits up amidst an impossible situation, I think poetry has that … direct role here,” Freeman said.