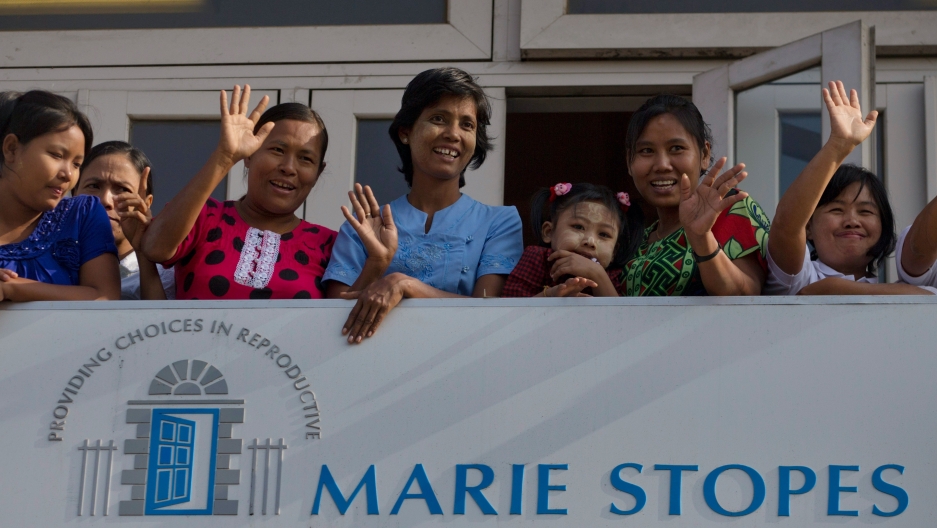 Marie Stopes International is one of the largest organizations in the world providing women's health care and family planning services. Recently, they announced that starting Tuesday, they are changing their name to MSI Reproductive Choices.

That's because their namesake, Marie Stopes, was a birth control pioneer in early 1900s England, but was also a supporter of eugenics, a now-discredited movement to improve the human race through selective reproduction.

Stopes opposed interracial marriage and advocated for the sterilization of people considered unfit for parenthood.

MSI said the change was “a clear signal that we neither adhere to nor condone” Stopes' views, who was also a women’s rights campaigner and founded Britain’s first birth control clinic known as The Mother's Clinic, in London, in 1921.

The modern organization was founded in 1976 when Dr. Tim Black saved the financially struggling Marie Stopes clinic from closure. The organization now operates more than 600 clinics around the world.

Simon Cooke is the chief executive officer of MSI Reproductive Choices and joins The World's host Marco Werman, from London, to talk about the name change and the future of MSI in 37 countries around the world.

Related: How the US presidential election could impact women's health

Marco Werman: Simon, remind us who Marie Stopes was and what were her views on eugenics? I mean, she basically embraced the idea that among the human species there are superior genetic groups and undesirable ones, right?

Simon Cooke: Marie Stopes International, which is the organization we've just transitioned the name away from, was founded in 1976, by Dr. Tim Black. And we took the name of Marie Stopes because Tim Black took over The Mother's Clinic [the original Marie Stopes clinic] which is in central London. So, there's actually no direct connection to Marie Stopes, apart from the fact that we took over that particular clinic, which was very well-known in the UK as the first birth control clinic in England. Marie Stopes is a person who was born in 1880. She was certainly a woman of her time, an acknowledged family planning pioneer, an extraordinary woman in many ways. But as you say, she did have extreme views on eugenics, as many people did at the time. And we felt that those views were not really compatible with MSI's values and principles today and hence the need for the change of name.

I understand the Black Lives Matter movement protests in June throughout the summer were part of what triggered the recent soul-searching at Marie Stopes and revisiting the name. Is that right?

It is right, yeah. I mean, we originally had a resolution from our board of trustees back in November 2019 to change the name because this is not a new topic for us. And we had been discussing it for some time. Obviously, with Black Lives Matter and the discussions that came up around that within our organization, with many people hearing some of Marie Stopes' views for the first time, we felt it was entirely the right time to make that decision. And at the same time, we're launching a new 10-year strategy, which obviously allows us to reposition ourselves to explain a little bit more about what we do in the name and to really put a focus on the future rather than continue to focus on the past.

There is one little curious note here. Marie Stopes is not the only pioneer in family planning having racist views and supporting eugenics. Margaret Sanger, a birth control pioneer in the US, has been disavowed by Planned Parenthood in recent years because of her views on eugenics. How is that historical connection between eugenics and family planning? How has that affected trust in the communities that organizations like yours, MSI, serve?

To some extent, it hasn't really affected us because most of our work is done overseas, and we're in 37 countries where those connections are not really understood or known. And our work is very much focused on alleviating poverty and gender empowerment and gender equality, so really trying to focus on those with the greatest unmet need for contraception or safe abortion services. So, those connections are not made. Increasingly, though, in the UK, some of the Marie Stopes connections have come up again and again in the last three or four years, particularly, and mainly inside our own organization, among our staff, that they felt increasingly uncomfortable with the association and felt that there was an appropriate time to to make that disassociation. And therefore, we're very happy to have done that. The Black Lives Matter movement, clearly for us, was another matter of internal discussion that allowed us to make that decision. And we feel it was entirely right.

Do you worry that the long association with Marie Stopes did erode trust kind of generally in your organization?

No, I don't think so. I mean, it's come up surprisingly little. I mean, most people who fund us and who work with us understand that we were founded in 1976, and that we took over The Mother's Clinic, and that's the reason why we took the name. But beyond that, that the association really hasn't become an issue until quite recently and actually most notably in the US, because we have more of a presence in the US now as a fundraising organization to support our mission overseas. That was a problem for us as we tried to reach out to potential donors in the US who had never heard of it before. But at that point, I think the discussion became more pivotal and we felt that we needed to do something, to take action.

The name change is clearly, in part, about distancing from the legacy of Marie Stopes. Can you talk more about the 10-year strategy and how you see the actual work on the ground of MSI changing?

Our vision for 2030 is that no abortion will be unsafe and every individual will have access to contraception. And today, as I said, we operate in 37 countries. We provide 28,000 services a day. But there is a huge amount to be done because there are 230 million women and girls worldwide who have no access at all to contraception but want it. That is a need that needs to be met, we know how to do this and we know what it costs. We are going to use the new strategy really to define how to close that gap and how to make sure that every woman and every girl who wants access to contraception will be able to get it. The strategy is really to focus on choice, which is in the name — reproductive choices — and also to broaden services beyond just safe abortion and contraception to a range of services to support women and girls from their first period through menopause.

This interview has been edited and condensed for clarity. The Associated Press contributed to this report.