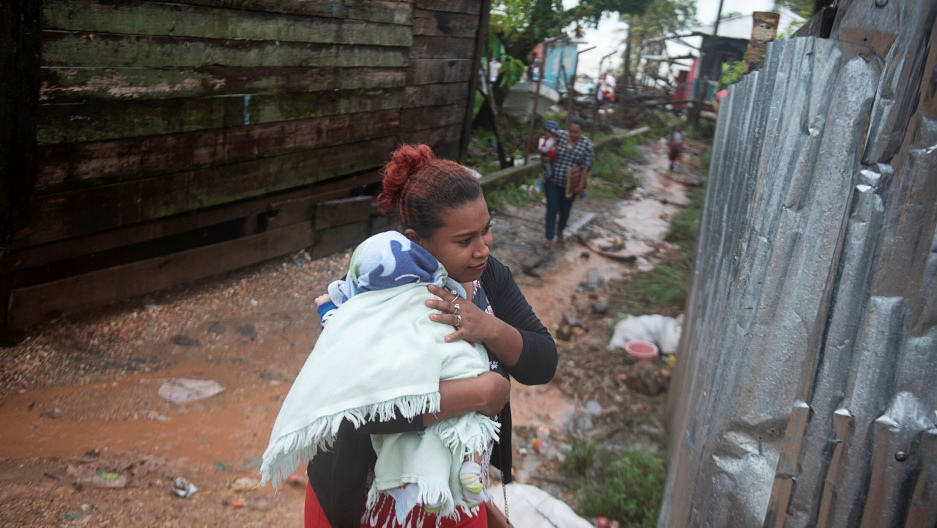 A woman protects her baby from the rain as Hurricane Iota approaches Puerto Cabezas, Nicaragua, Nov. 16, 2020.

Hurricane Iota made landfall Monday in Nicaragua as a Category 4 storm with maximum sustained winds of 155 mph, before weakening to about 85 mph Tuesday morning — though still “extremely dangerous.” With Central America still recovering from Eta two weeks ago, the new tropical cyclone menaced the region with life-threatening floods and mudslides.

Honduras and Nicaragua expected rain totals near 30 inches through Thursday, as El Salvador and Panama braced for just under a foot of precipitation. Storm surges brought in sea waters up to 15-feet high. By Wednesday night Iota’s strength is forecast to weaken significantly, as the system moves west toward the Pacific Coast. Earlier in its trajectory, Iota became the first storm of such magnitude ever to hit the Colombian islands of Providencia and San Andres.

Iota is the 13th hurricane of the 2020 Atlantic hurricane season, which has thus far included 30 named storms — a record. And Iota also marks the latest Category 5 hurricane ever in the Atlantic season.

“This hurricane is definitely worse [than Eta],” Jason Bermúdez, a university student from Puerto Cabezas, Nicaragua, said. “There are already a lot of houses that lost their roofs, fences and fruit trees that got knocked down,” he added. “We will never forget this year.”

President Donald Trump last week asked his advisers for options to attack Iran’s main nuclear site but then decided not to take any action, a US official told the New York Times on Monday. Trump posed the question on Thursday in a meeting with national security staff, including Vice President Mike Pence, Secretary of State Mike Pompeo and acting Defense Secretary Christopher Miller, among others. Trump was apparently persuaded not to proceed with a strike due to the risks of a broader regional conflict. An Iranian government spokesman promised a “crushing” response in the event of an attack.

The SpaceX Dragon capsule docked with the International Space Station (ISS) Monday night after a 27-hour completely automated journey from NASA’s Kennedy Space Center in Florida. The crew — three Americans and one Japanese astronaut, Soichi Noguchi — will stay at the orbiting lab for the next six months before replacements arrive in April. Two Russians and one American have been at the ISS since flying there last month from Kazakhstan. 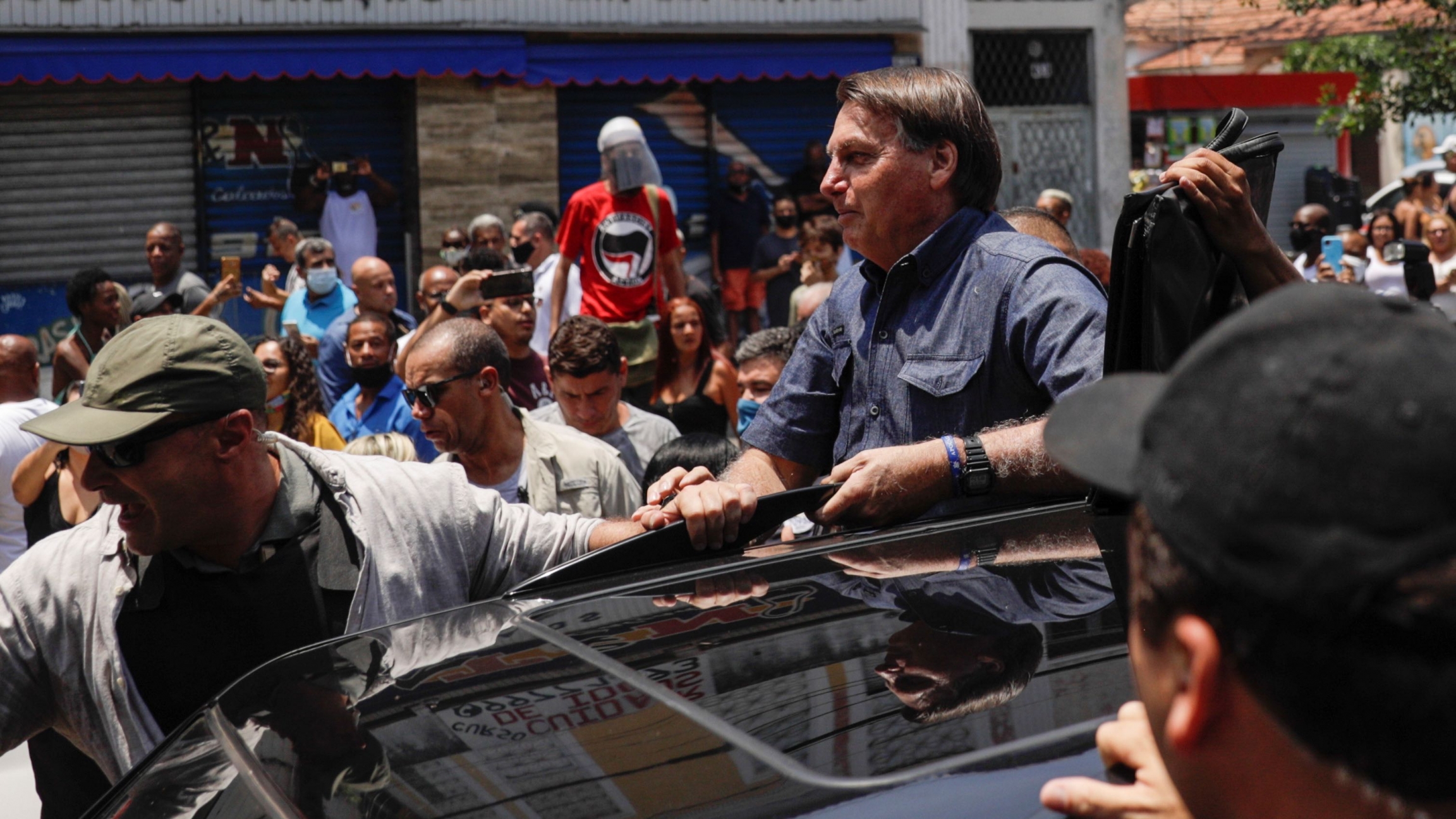 Brazilians voted in local elections in more than 5,500 municipalities across the country on Sunday. It was another big loss for President Jair Bolsonaro, coming on the heels of the electoral defeat of his top ally, US President Donald Trump.

The pandemic has hit small businesses hard. But when the iconic Paris bookstore Shakespeare and Company made a plea for help, people responsed in droves. Online orders came in such high numbers the famous Left Bank book seller had to temporarily shut down their website. The rallying of public support might sound familiar, as the famous Strand bookstore in NYC made a similar plea. Hey, who doesn't like a good book ... especially these days.

We've just sent our latest newsletter in which we ask for your support if you have the means and interest. 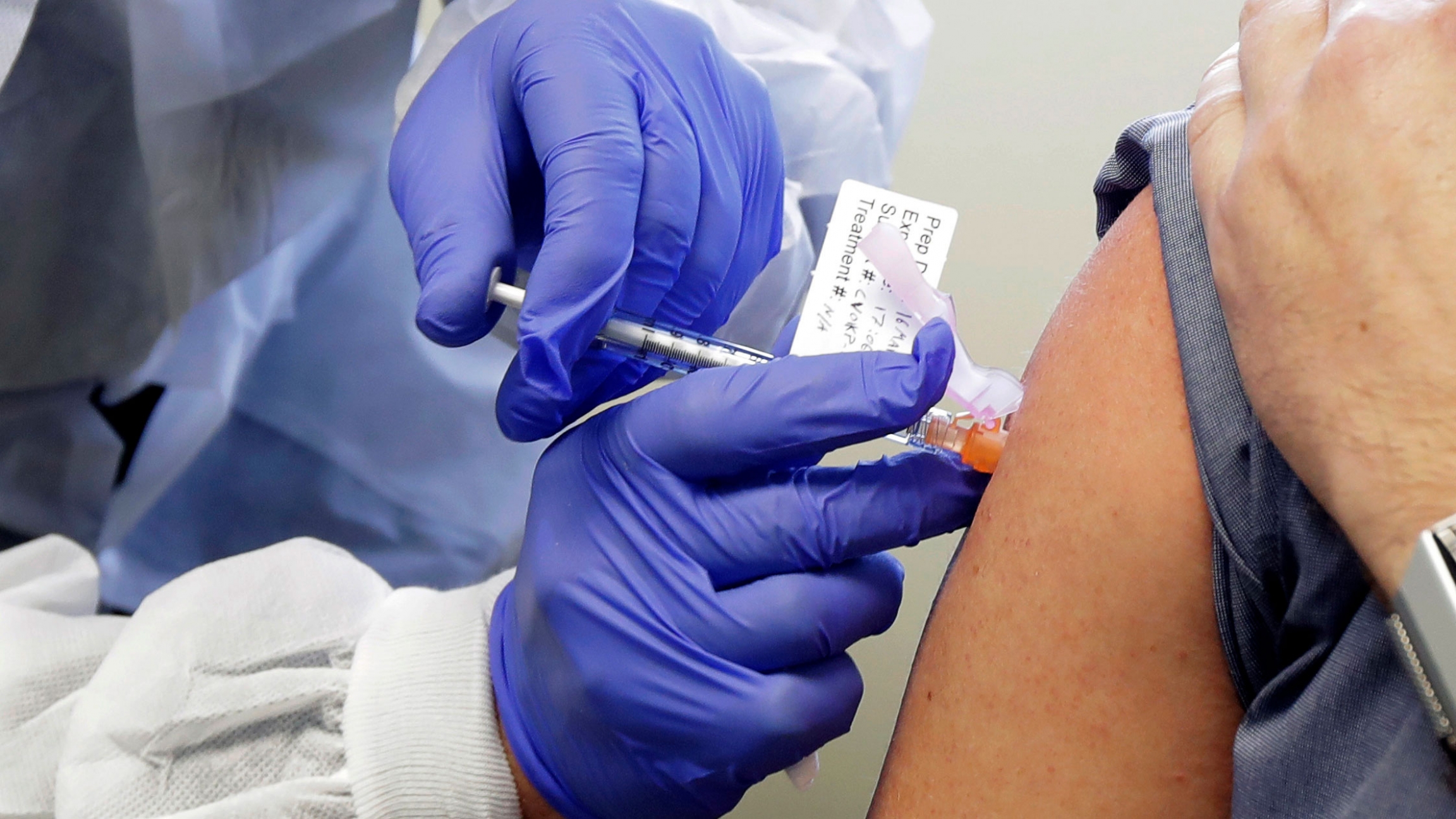 Neal Browning receives a shot in the first-stage safety study of a potential vaccine for COVID-19 at the Kaiser Permanente Washington Health Research Institute in Seattle. Moderna said Monday, Nov. 16, its coronavirus vaccine is proving to be highly effective in a major trial.

In the last week or so, there has been some good vaccine news. Pfizer and now Moderna have announced that their coronavirus vaccines were 90% and 94.5% effective based on preliminary results from their trials. And, as the US finds itself at a crossroads between one president and another, the United Nations happens to be conducting its regular review of where the US stands on human rights, as it does every four years with each of its member states. Also, one of the most important telescopes in the world, the Arecibo Observatory in Puerto Rico, is on the brink of collapse after two supporting cables snapped.