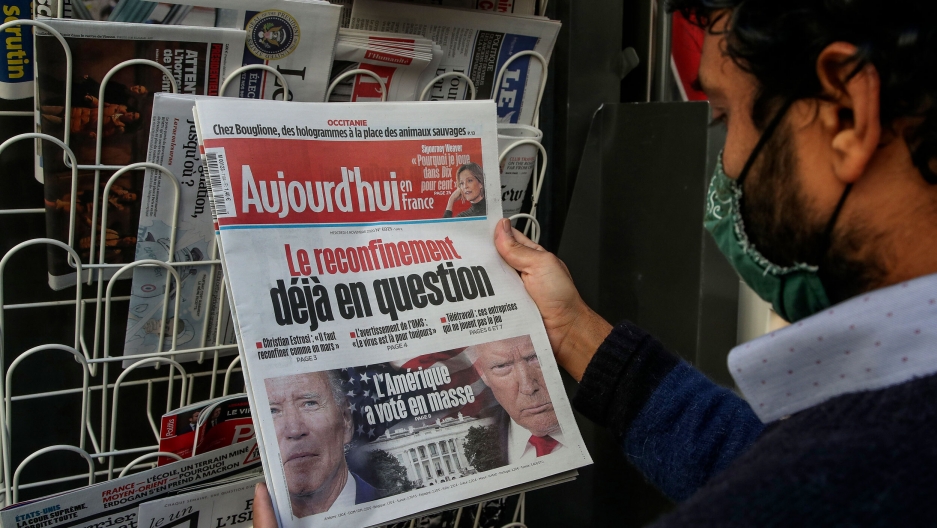 A man reads the headline about the US presidential election at a newspaper stand in Paris, France, Nov. 4, 2020.

As voting officials in the US continue to count millions of remaining ballots from Tuesday’s hotly contested presidential election, the rest of the world is holding its breath with the result too close to call. A handful of battleground states are at the center of a nail-biter contest that could take days or weeks to resolve — quite possibly in the courts.

Incumbent President Donald Trump falsely declared victory and alleged electoral fraud — without proof — from the White House in a late-night address. Trump also pledged to take the fight to the Supreme Court, leaving many onlookers urging patience in the vote tallying process and respect for democratic norms. Across the pond, British Foreign Secretary Dominic Raab said, “It’s much closer than I think many had expected.”

On the Chinese microblogging platform Weibo, one user wrote, “Whether he wins or loses, his final mission is to destroy the appearance of American democracy.” Another user said, “Let Trump be re-elected and take the U.S. downhill.” And a third person cautioned against Trump’s tactics, analogizing them to claiming the whole pot in a game of mahjong before the round is actually finished.

And around the globe, viewers were glued to rolling TV coverage as commentators pored over the vote totals in progress and potential paths to victory for the candidates. Moch Faisal Karim, an international relations professor at Indonesia’s Binus University, said, “It’s kind of like the World Cup finals.” As any hopes for a quick resolution gave way to dramatic uncertainty, analysts tried to make sense of the trend lines. Richard Heydarian, a political scientist, said on Twitter from the Philippines, “POPULISM is a bestseller.”

Irrespective of the outcome in the presidential race, the formal US withdrawal from the Paris climate agreement took effect Wednesday — a move initially announced by Trump in 2017. The US is the first and only nation in the world to pull out of the landmark pact to reduce carbon emissions globally. However, Washington could rejoin in the future, if the next president decides to be a part of the international effort to limit the Earth’s temperature rise to well below 2 degrees Celsius. In recent weeks, China, Japan and South Korea have all followed in the European Union’s footsteps by inking pledges to become fully carbon neutral.

And, in Ethiopia, the federal government declared a state of emergency for the northern Tigray region, which is ruled by an opposition party. Prime Minister Abiy Ahmed, who won the 2019 Nobel Peace Prize, also ordered a military response to an attack by the ruling party of Tigray on an Ethiopian army camp. A statement from Abiy’s office said, “Illegal and violent activities within the National Regional State of Tigray are endangering the constitution.” 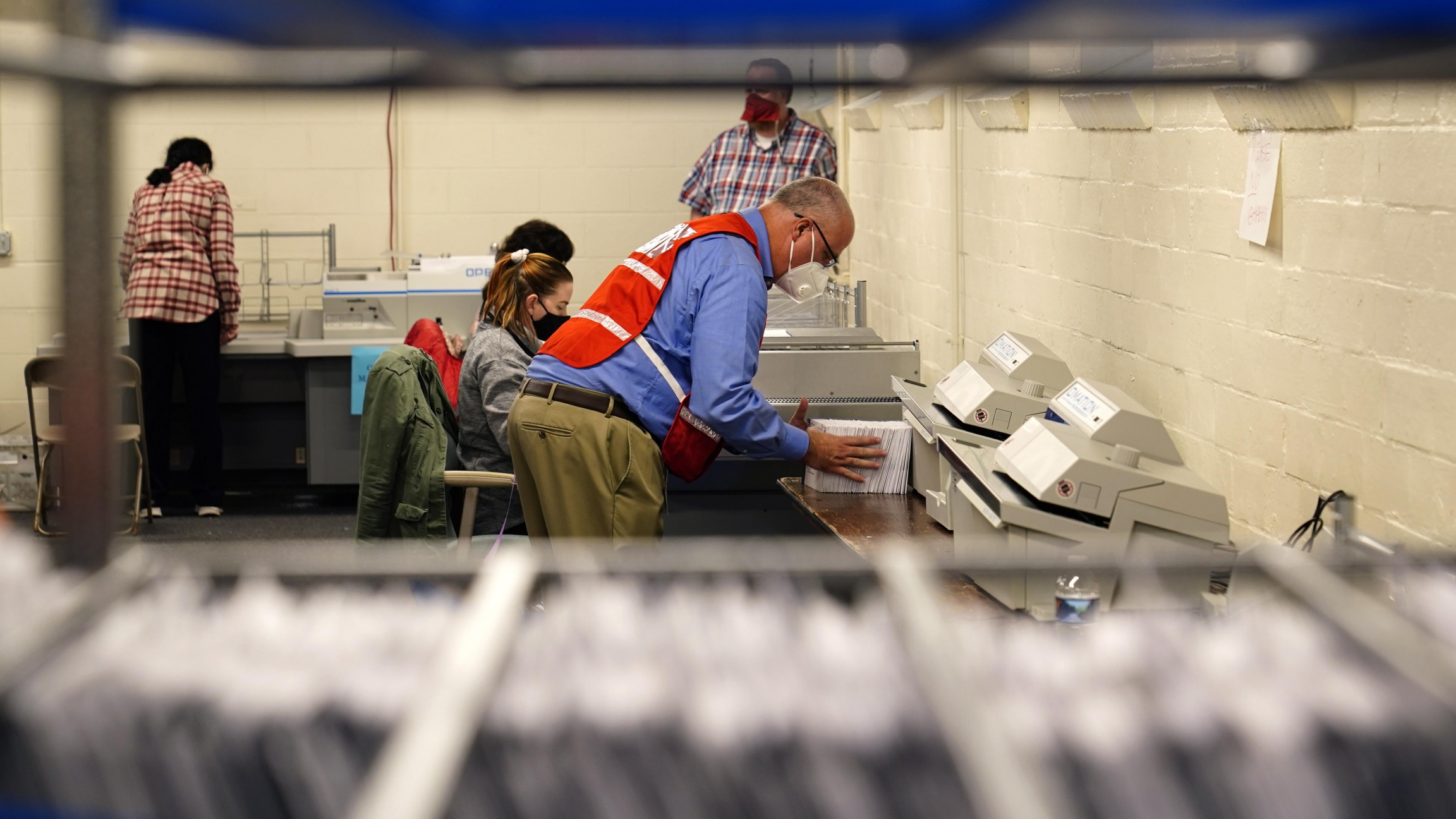 For more than three decades, The Carter Center has been sending teams of election observers around the world. Their goal is to make sure foreign elections are free and fair and run the way they're supposed to be conducted.

"It's really just a reflection of the degree to which, when we looked at the United States election process this year, it became obvious to us that it fit all the characteristics of the places that we would highlight when we say, 'Where should we engage in the next year or two years down the road?' And usually, internationally, it's a country context where there's either the beginning of a democratic opening or a transition or where we judge that a country is at risk of some serious regression or backsliding in its election processes."

Amid US-UAE arms deal and American election, Israelis wonder how balance of power in region might change 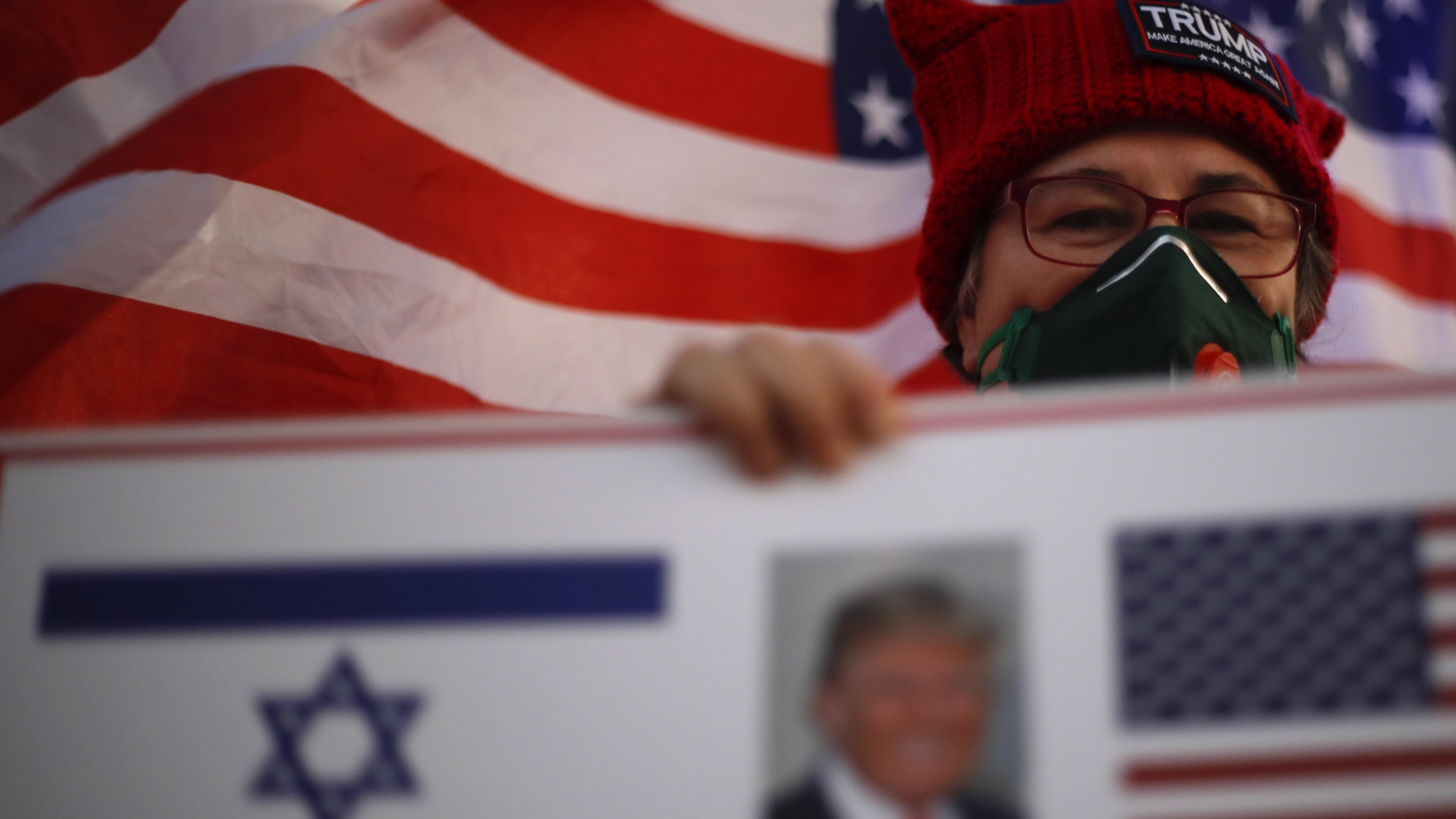 A supporter of US President Donald Trump waves Israeli and US national flags on the day of the U.S. presidential election, in Carmiel, northern Israel, Nov. 3, 2020.

The news of a proposed $10.4 billion deal for the US to sell up to 50 F-35 fighter jets to the UAE has raised questions among Israeli defense officials, who warn that it could have negative effects for Israel.

The pandemic has airlines around the world in a vice. But the coronavirus crisis has also prompted several flight-to-nowhere schemes to lure passengers with special offers. The latest effort is a "sacred" flight cruising high above Buddhist temples in Thailand before returning to Bangkok, courtesy of Thai Airways.

Listen: Americans head to the polls and the world is watching 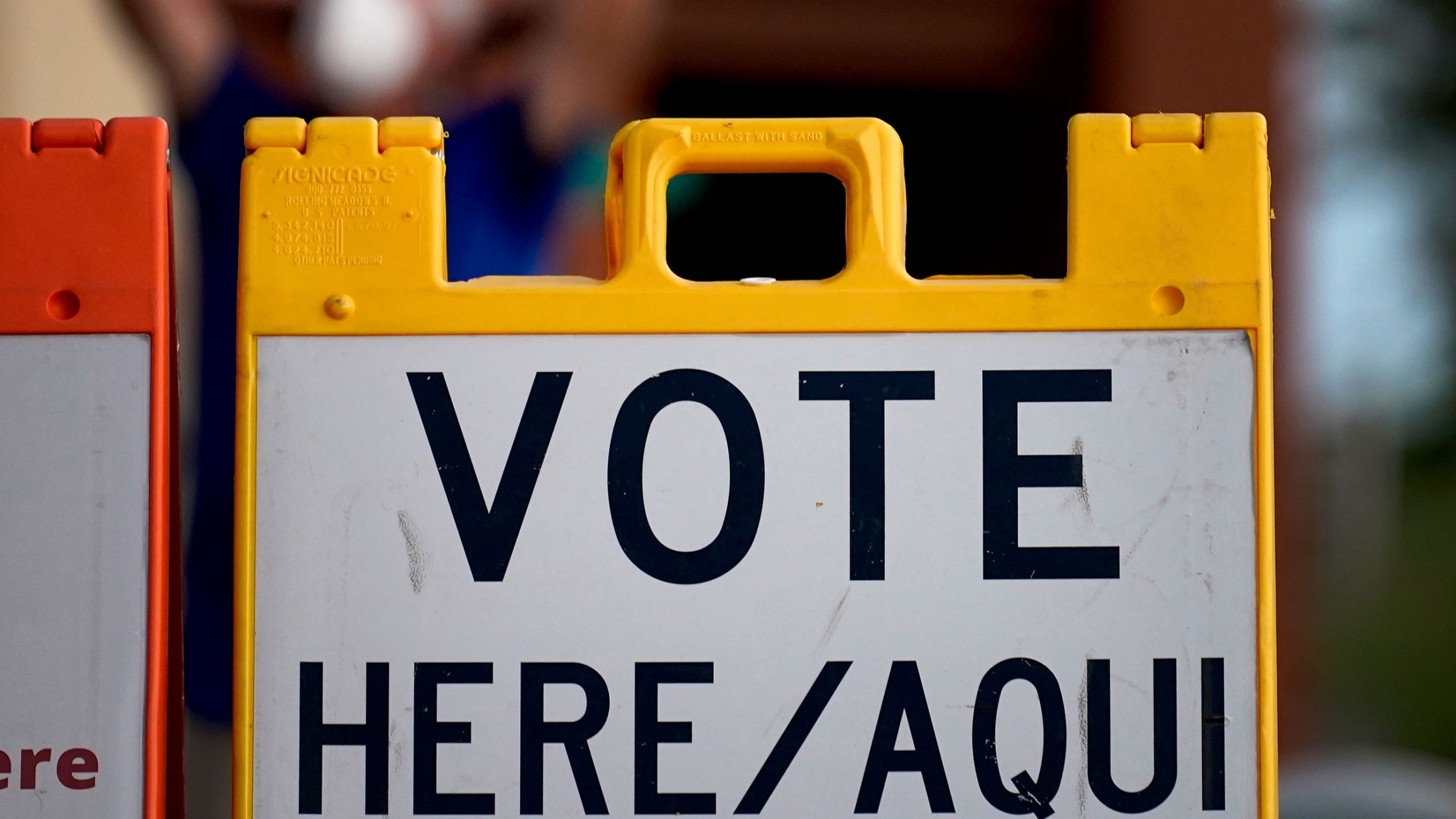 Arizona used to be firmly Republican, but now it's a battleground state as its politics and demographics have changed. And, voters heading to the polls may be feeling anxious, with all the talk of possible violence. But with the rise of hate crimes during the Trump administration, there are many Americans who have been feeling that way for the last four years. Also, the US will officially be out of the Paris climate agreement on Nov. 4. How long it remains out will depend on who wins the election.