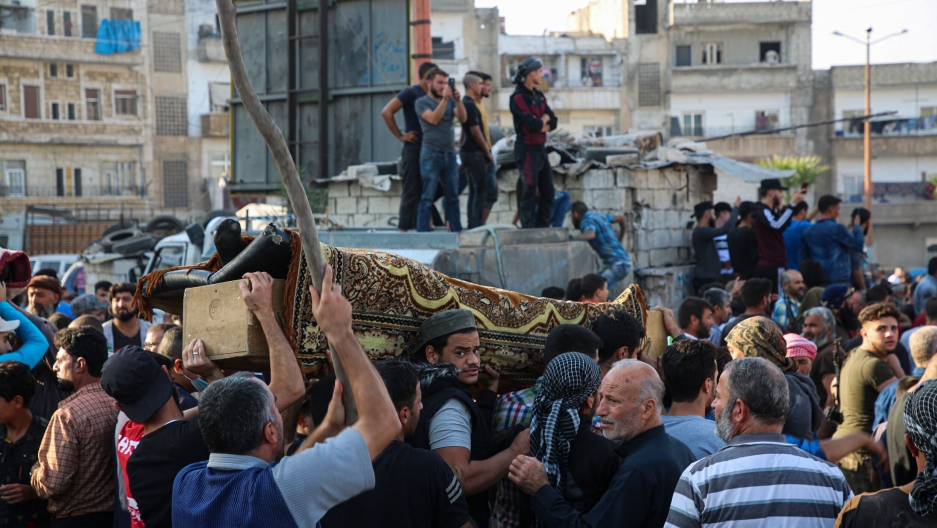 People attend funeral of fighters killed in an airstrike in the town of Idlib, Syria, Oct. 26, 2020.

Russian airstrikes killed dozens of Turkish-backed rebel soldiers in northwestern Syria, the deadliest surge of violence since a truce was reached seven months ago. Sending a warning shot to Ankara, the attack targeted Faylaq al-Sham, which maintains a base, Kafr Takharim, adjacent to several camps housing internally displaced persons in the province of Idlib. Civilians harvesting olives nearby were also hit, pushing the death toll to at least 60 people, with some 100 wounded.

While Russia had previously launched smaller strikes on militant organizations, such a major strike in proximity to the Turkish border seems unprecedented and was also the most egregious breach of a Russian-Turkish ceasefire agreement reached in March. Syrian rebel groups hit back at Syrian government positions Tuesday with hundreds of missiles and rockets.

Some analysts connected the airstrikes to Turkish support for Azerbaijan against Armenia — a Russian ally — in the disputed Southern Caucasus region of Nagorno-Karabakh. According to Moscow, Azerbaijan has benefited from the deployment of Syrian fighters to the Caucasus, courtesy of Turkey. Russia also blames Turkey for facilitating the entry of Syrian rebels into the Libyan conflict.

At the same time as tensions are increasing with Russia, Turkey’s row with France has deepened, with the French president saying that Islam was a religion “in crisis” around the world. Turkey has called for a boycott of French products, after Paris supported the right to caricature the Prophet Muhammad. Over the weekend, France recalled its ambassador to Turkey.

And, Chinese leaders are meeting this week to formulate a five-year plan for economic and social priorities through 2025. The central committee of the Communist Party is chaired by President Xi Jinping, and is focusing on how to ensure national security for high-tech goods and ways to increase domestic consumption. Meanwhile, the US and India signed a military pact to share satellite and mapping data, amid mutual concerns about Chinese aggression in Asia. 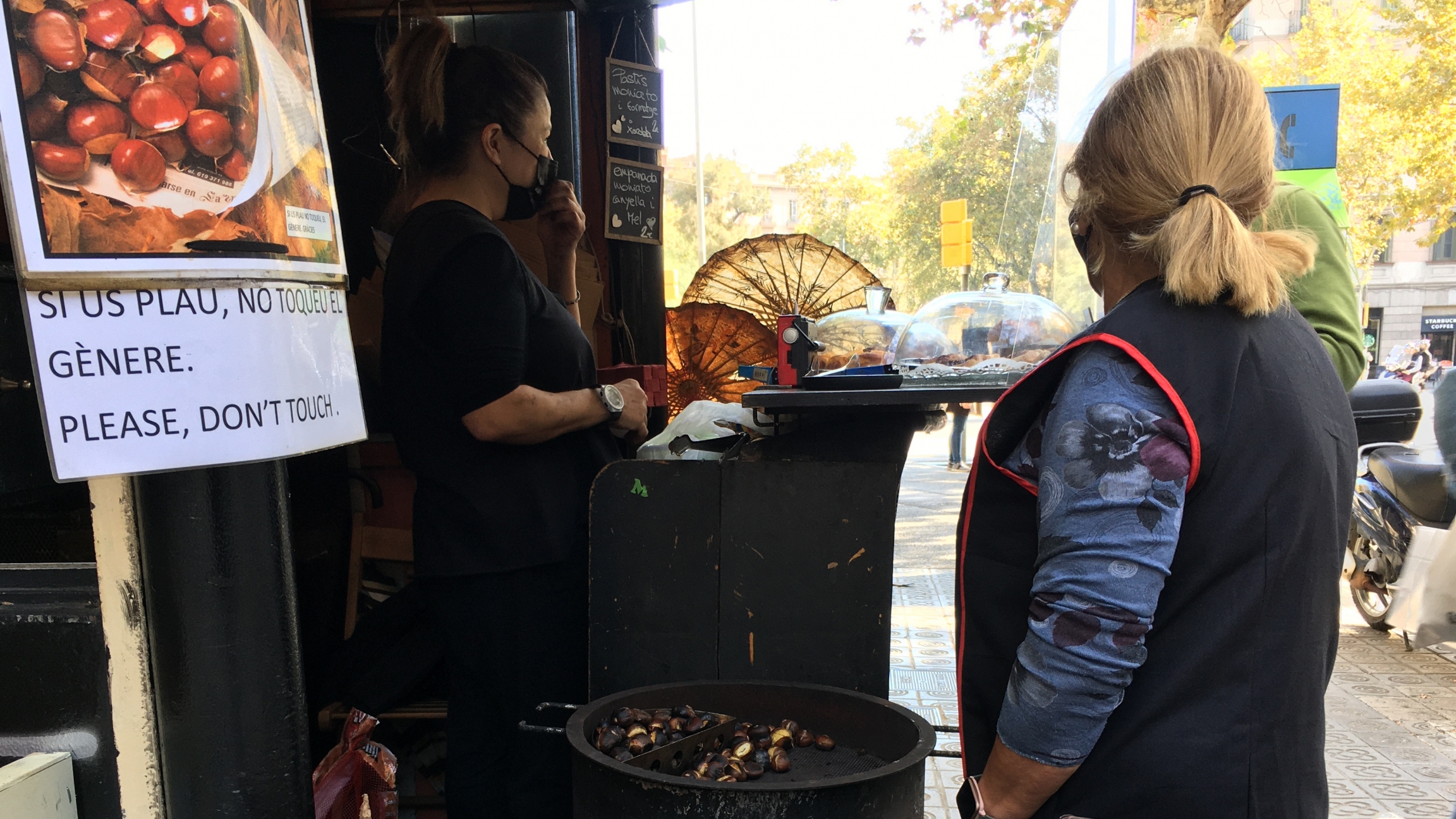 From October to February, Catia Guitián (left) can be found selling roasted chestnuts in downtown Barcelona.

La Castanyada, or “chestnut feast," is a centuries-old Catalan tradition celebrated on Oct. 31. But for the past two decades — thanks in part to the increasing influence of American cinema and TV — stores have stopped decorating with chestnuts and instead now turn to skulls, pumpkins and witches.

How the US presidential election could impact women’s health worldwide 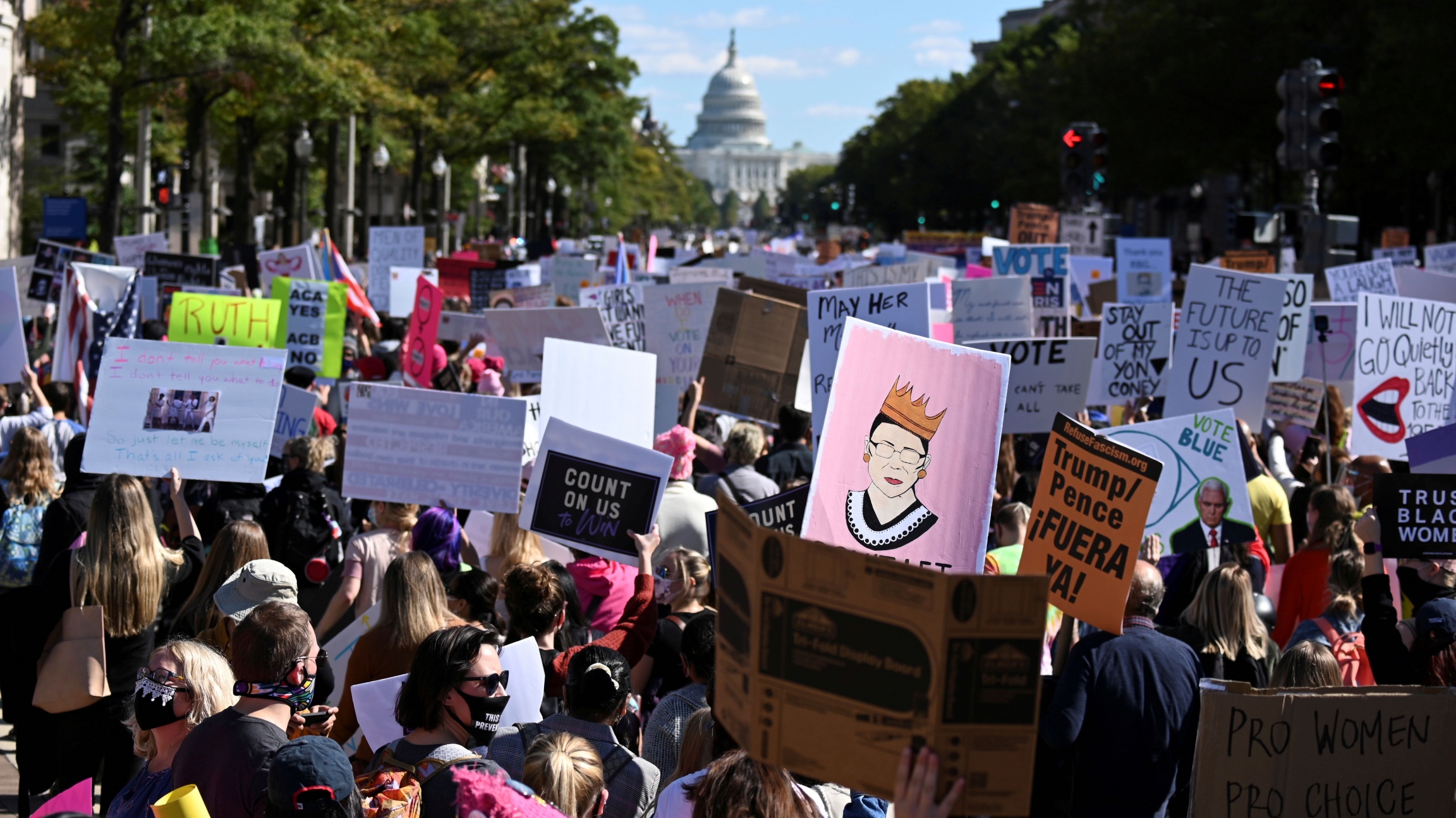 Women's March activists participate in a nationwide protest against US President Donald Trump's decision to fill the seat on the Supreme Court left by the passing of late Justice Ruth Bader Ginsburg before the 2020 election, in Washington, Oct. 17, 2020.

The US is the largest funder of global health and family planning programs worldwide. Democratic contender Joe Biden is at complete odds with President Donald Trump on this and other policies, and so the outcome of the upcoming election could carry big implications for women around the world.

Global reproductive rights advocates contend that the Trump administration's reinstatement of the “global gag rule”  — the policy prohibiting groups that get US aid for family planning from using separate funding to engage in any abortion-related services — goes well beyond abortion itself, and has harmful implications for women’s health overall.

Borat, the fictional journalist from Kazakhstan created by Sacha Baron Cohen, didn't sit well with the Central Asian country. Officials there even threatened to sue Cohen over the 2006 film. Now, with the release of a new Borat film, Kazakhstan' tourism board has embraced the character's catchphrase, "very nice," in a new advertising campaign. Wa wa wee wa!

In an unexpected twist, Kazakhstan doesn’t get mad at Borat sequel and instead co-opts the phrase “Kazakhstan. Very nice!” as the country’s official tourism slogan. https://t.co/6jqWtBQTow 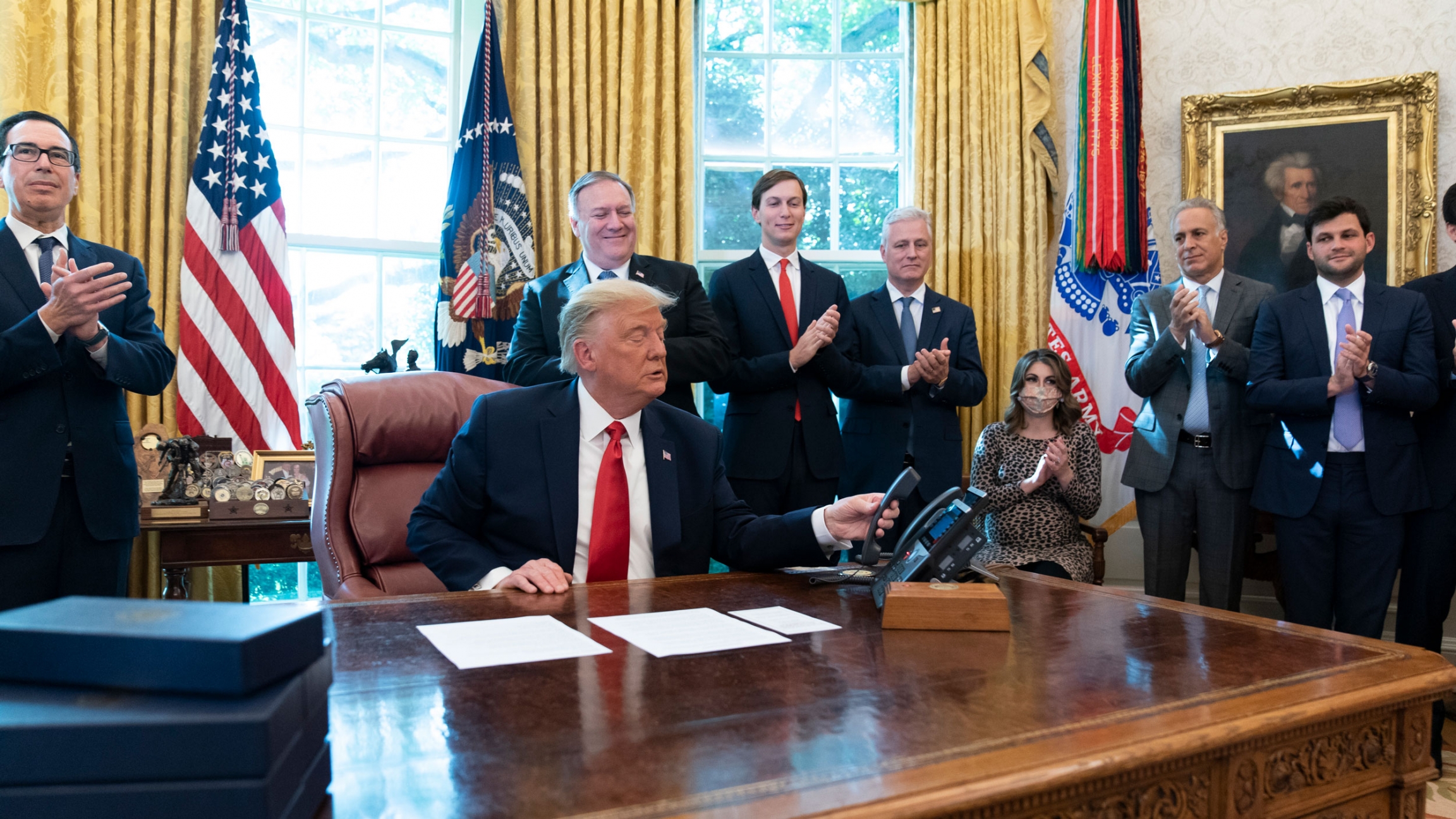 US President Donald Trump hangs up a phone call with the leaders of Sudan and Israel in the Oval Office of the White House, Oct. 23, 2020.

Sudan is set to start normalizing relations with Israel. The move comes as the US removes Sudan from its list of state sponsors of terrorism. And, China's Belt and Road Initiative is transforming countries across the globe with new infrastructure, mining and factories. But physical investments are only part of the story: China is making a digital power play, too. Also, despite the ongoing unrest in Mali and a pandemic, Timbuktu-based music group Songhoy Blues is optimistic.