Strolling through the streets of Venice usually means jostling up against thousands of tourists. But not these days.

“Today it is serene and calm,” says Jane Da Mosto, a long-time Venice resident, who explains that package tourists and visitors from the US stayed away this summer due to the coronavirus restrictions.

For the first time in years, Da Mosto says she has truly enjoyed her Italian city. And it’s a similar story in Prague, Amsterdam and elsewhere.

In the last decade, those three European cities, in particular, have faced the problem of overtourism, exacerbated by cheap airline tickets and online, short-term rental platforms like Airbnb.

But COVID-19 has upended all that, at least for a while. For a few months this year, locals had a chance to see what their cities look like when not overrun by tourists. For many, it was a joy to witness, though for businesses and municipal tax revenues, the economic consequences have been profoundly negative.

When two cruise ships announced they were dropping Venice from their itineraries this summer, Da Mosto — who runs the activist group We Are Here Venice — welcomed the news. 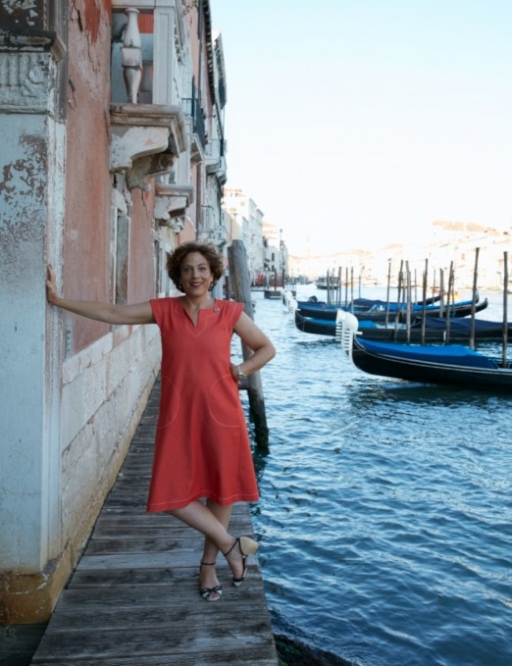 Jane Da Mosto, seen on the edge of a Venetian canal, is not complaining about the lower number of tourists visiting her hometown these days.

Courtesy of We Are Here Venice

Historic Venice has a population of fewer than 55,000 people, but it can attract up to 30 million tourists a year. Many of them are day-trippers, arriving on colossal cruise liners that pull into the port each day, which campaigners argue can damage the fragile lagoon.

But the cruise industry also employs around 5,000 people and dropping Venice from their schedule is likely to cost jobs locally. Da Mosto feels sympathy for those who have lost work but says they need to use this time “as an opportunity to upgrade their skills.”

As for the many souvenir shops and businesses that depend on “mass tourism,” as Da Mosto calls it, she has little concern.

“I think some of the souvenir shops and the other types of business associated with mass tourism are also at the shadier end of organized crime,” she speculated. “So, if life for those sectors has become more difficult, that's better for society on the whole.”

It’s not clear how long the two cruise companies will avoid Venice, and Pier Paolo Baretta, undersecretary of state at the Italian Ministry of Economy and Finance said, “The loss of the cruise industry is an economic damage that Venice can’t afford.”

In Prague, Janek Rubes runs the Honest Guide channel on YouTube for visitors to the Czech capital. He says his city was transformed earlier this summer, as the Czech Republic was one of the first EU countries to close its borders and impose a lockdown when the first wave of coronavirus cases struck last March. Without the tourists, the Czech capital was deserted.

“The city became a ghost town,” Rubes described. “It pretty much was like a Disneyland because suddenly you had all the attractions. And I don't mean the historical attractions, but all the stuff made for tourists.”

Bars and restaurants that once catered only to tourists found themselves without any customers. Some adapted to the change, switching their menus from English back to Czech and lowering their prices in a bid to attract local clientele. But as the summer wore on, the tourists began to come back and the bars returned to their old ways, gradually hiking up the prices, says Rubes.

“[Prague] pretty much was like a Disneyland because suddenly you had all the attractions. And I don't mean the historical attractions, but all the stuff made for tourists.”

“They were slowly raising the price of the beer from two euros, to three euros, then to four euros, then five euros,” he added. “Every week, the beer became more expensive.”

Being able to wander around the city and cross the picturesque Charles Bridge without battling through the crowds was beautiful, says Rubes, but there was also something poignant about the absence of people.

“It was interesting to see the city and the streets without millions of tourists,” he reflected. “But eventually you realize that cities are made for people and they are meant for people to live in.”

In Amsterdam, Bert Nap lives next to the city’s red-light district and enjoyed having a night’s sleep without being woken up by “screaming tourists as usual.” 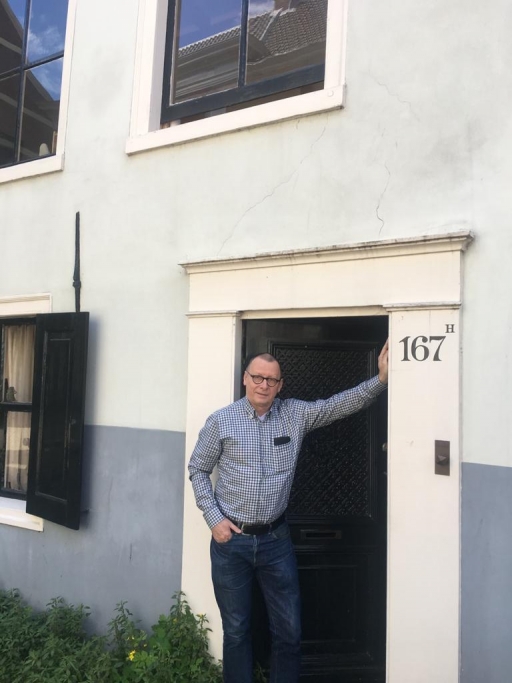 Bert Nap acknowledges the pros and cons of having fewer tourists in Amsterdam as a result of coronavirus restrictions.

But that joy was felt only during the early months of lockdown. Once the rules were eased in May, the tourists returned and the chaos resumed.

For cities like Prague and Amsterdam, it’s not just the quantity of tourists the authorities want to restrict but also the type of tourist. Nap says the moment lockdown ended, the very tourists the city is trying not to attract began returning in droves.

“What we saw was that in the surrounding European countries, young people got into their cars and drove straight to Amsterdam for the coffee shops, and drinking alcohol, and having a party in the red-light district,” said Nap. “So, that's just the kind of tourism we fear and we always complained about.”

The city council agrees with residents like Nap that Amsterdam needs to attract a different caliber of visitor, one who comes for the culture and not just the coffee shops and sex clubs.

Related: 'Travel bubbles:' The plan to save the tourism industry

The Dutch tourism authorities last year went so far as to stop advertising the Netherlands as a tourist destination. District Governor Mascha ten Bruggencate says she enjoyed how peaceful the city center was without hordes of visitors, but admits that their absence has taken a heavy toll on local businesses.

The restaurant industry is predicting 30% of its owners could face bankruptcy, she says, as new restrictions come back into force this month. Financial packages are being made available to the hospitality sector, but everyone, including local government, is running out of funds.

In Venice, the hotel sector has been badly hit. The absence of American tourists, as well as a drop-in visitors from across Europe and elsewhere, is a blow to the industry.

Lorenza Lain, general manager of the 5-star Ca’Sagredo Hotel, says luxury independent hotels have done better than their 2- and 3-star counterparts because they have a steady number of regular visitors from Italy and surrounding EU countries. But profits are still down.

Despite this, Lain is hopeful that Venice Mayor Luigi Brugnaro will stick to his plan to limit the number of visitors who can enter the city. In 2019, the mayor proposed a new booking system to encourage visitors to reserve entry in advance of arriving in Venice.

A new tourist tax to be introduced this summer was dropped, however, due to the pandemic. Environmental campaigner Jane Da Mosto is less confident city authorities will stick to their guns. Many of those officials who make decisions about the future of Venice don’t actually live in the historic city, she says.

There’s another obstacle facing cities like Venice and Prague. Even if mayors propose plans to fight overtourism, the ultimate power to make changes often lies with regional and national governments. 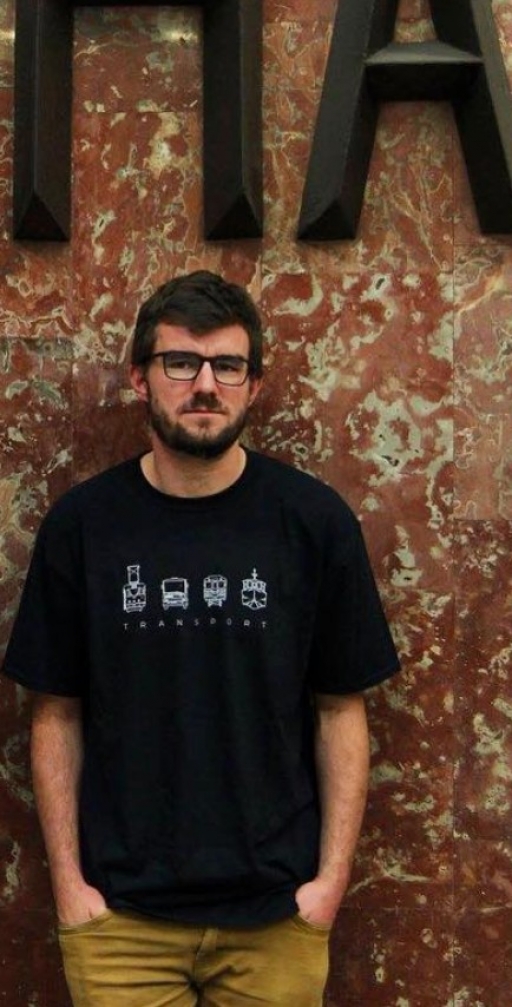 Janek Rubes sees a silver lining in the tough circumstances of the last year.

Hřib says he has already taken steps in the last few months to close fraudulent money exchange bureaus and improve the appearance of central Prague, by forcing restaurants to move their signs and seating to side streets. And, like the authorities in Amsterdam, he is keen to attract a different type of tourist.

“Instead of being seen as the pub of Europe, we would like to change the perception of Prague,” Hřib says.

Janek Rubes of Honest Guide agrees that Prague has an image problem. “Prague became a sort of Las Vegas for Europe,” he said. “In the US, if you want to go for a party with your buddies, you go to Las Vegas. Nobody really cares that you party on the street because it was made for it. But Prague was not made for that. Yet, we became that place over the past years.“

Proposals to relocate the red-light district in Amsterdam last year faced fierce opposition from the sex industry, but Ten Bruggencate says despite the downturn, those plans are still on the table. Sex workers argue that their earnings have been particularly affected, as clubs were the last businesses to be reopened after the lockdown was lifted.

With new restrictions reimposed in the Netherlands this month, the red-light district has closed down once more. Ten Bruggencate agrees that there is a careful balance between having the kind of city that residents like to live in and that tourists like to visit. But no one knows just how diligently cities will curb tourist numbers after the pandemic ends if their own economies are in the doldrums.

For Bert Nap, the pandemic has given him back a city he could only have dreamt of. But that dream is also a nightmare, he says, that is ruining lives and businesses. He may finally be able to get a peaceful night’s sleep, but not everyone would have wanted it this way.