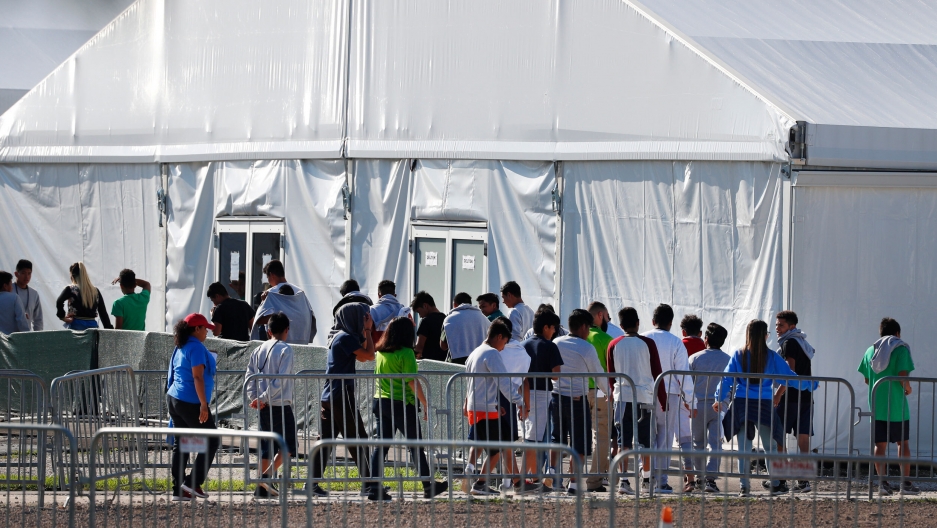 Children line up to enter a a temporary shelter in Florida, Feb. 2019. The US government didn't have the technology needed to properly document and track the thousands of immigrant families separated at the southern border in 2018.

Immigration lawyers appointed by a federal judge in the US representing families that were separated upon entering the country at the southern border say 545 children remain completely cut off from their parents, two-thirds of whom are likely to be somewhere in Central America without their children, according to a filing Tuesday by the American Civil Liberties Union.

The difficulty of locating the missing parents has created an ongoing logistical struggle. “There’s an enormous amount of work yet to be done to find these families,” said Lee Gelernt, an ACLU attorney. With their children spending time in foster care or living with relatives, the parents face even more trouble reuniting during the coronavirus pandemic.

Gelernt told the Washington Post that the Trump administration had stood in the way of research into the existence of these hundreds of family separations. Under the official zero tolerance policy, 2,800 families were separated in 2018, in addition to the roughly 1,500 who had been separated the prior year in a pilot program. The majority have already been reunited.

Attorneys say that 75 of the parents who have yet to be contacted are reachable by phone, while 187 have been located but are unreachable, and 283 are still lost. Nonprofit group Justice in Motion, based in New York, leads the effort to track families on the ground in Mexico, Guatemala, El Salvador and Honduras.

Protesters in Nigeria’s biggest city appeared to break an around-the-clock curfew Wednesday amid widespread chaos. Demonstrators against police brutality have demanded closure of the notorious Special Anti-Robbery Squad (SARS), a police unit that has long been accused of violence and unlawful arrests. One person died at a hospital following a shooting in the Lagos suburb of Lekki but authorities were still investigating whether the man was a protester. Cases of arson were spreading, with some 30 government buses set on fire and a private TV station attacked with Molotov cocktails.

And, with fresh clashes continuing in Nagorno-Karabakh, the territory at the heart of fighting between Armenia and Azerbaijan, the coronavirus is spreading unchecked. Residents infected with COVID-19 are hiding alongside healthy people in bomb shelters to escape dangerous shelling, as the pandemic refuses to slow down for the fighting. Contact tracing has been stunted, and the most serious patients have been sent to Armenia, which has seen a near tripling in its seven-day rolling average of daily new infections to 44 per 100,000 people on Tuesday. 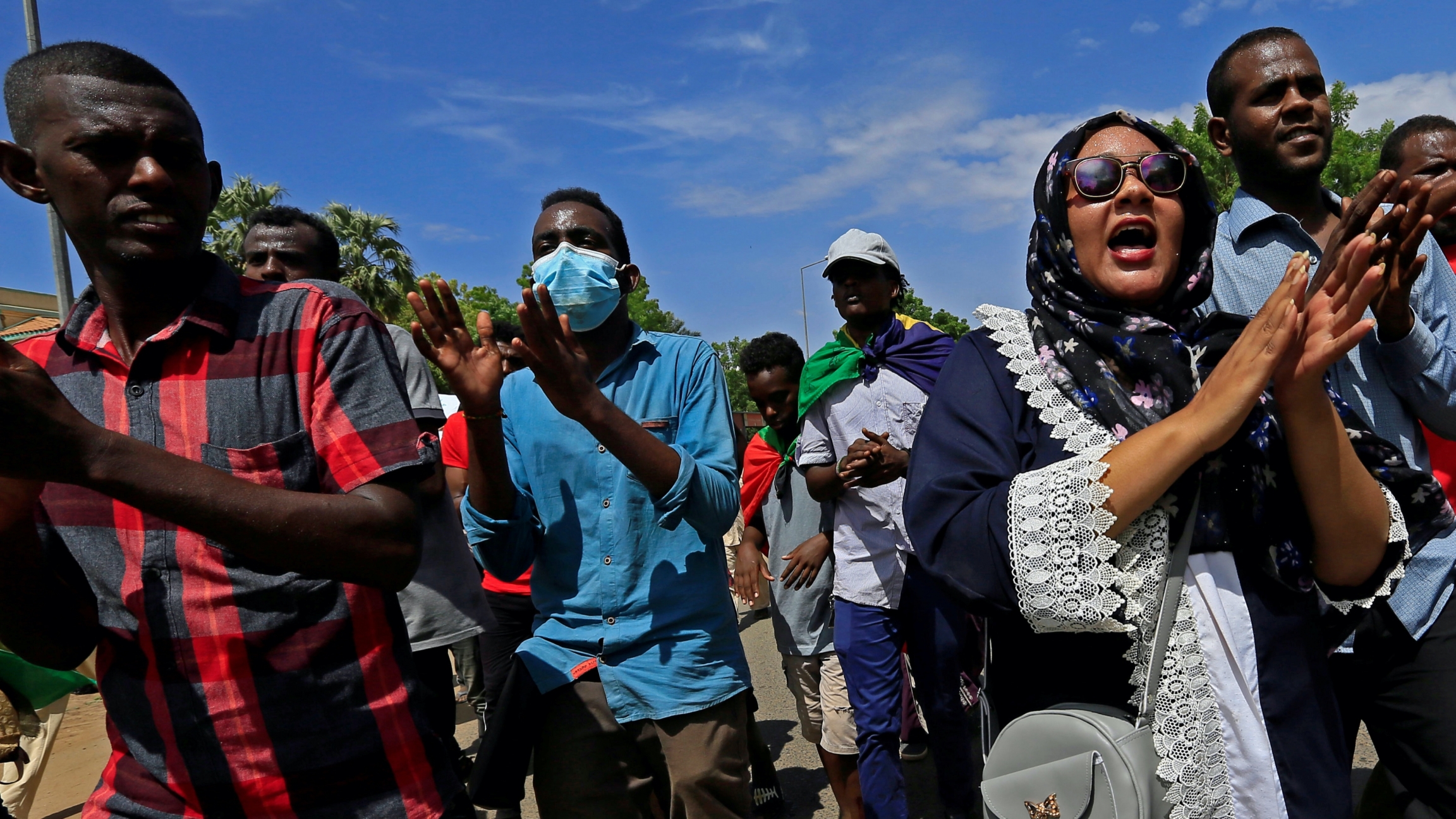 Sudanese protesters march in a demonstration to mark the anniversary of a transitional power-sharing deal with demands for quicker political reforms in Khartoum, Sudan, Aug.17, 2020.

The tweet came on Monday, when US President Donald Trump announced plans to remove Sudan from the state sponsors of terrorism (SST) list, which the country has been on for more than two decades.

Discussions about removing Sudan from the SST listing resumed in the past year, following Sudan’s political revolution that ultimately deposed Bashir and implemented a civilian-military transitional government. 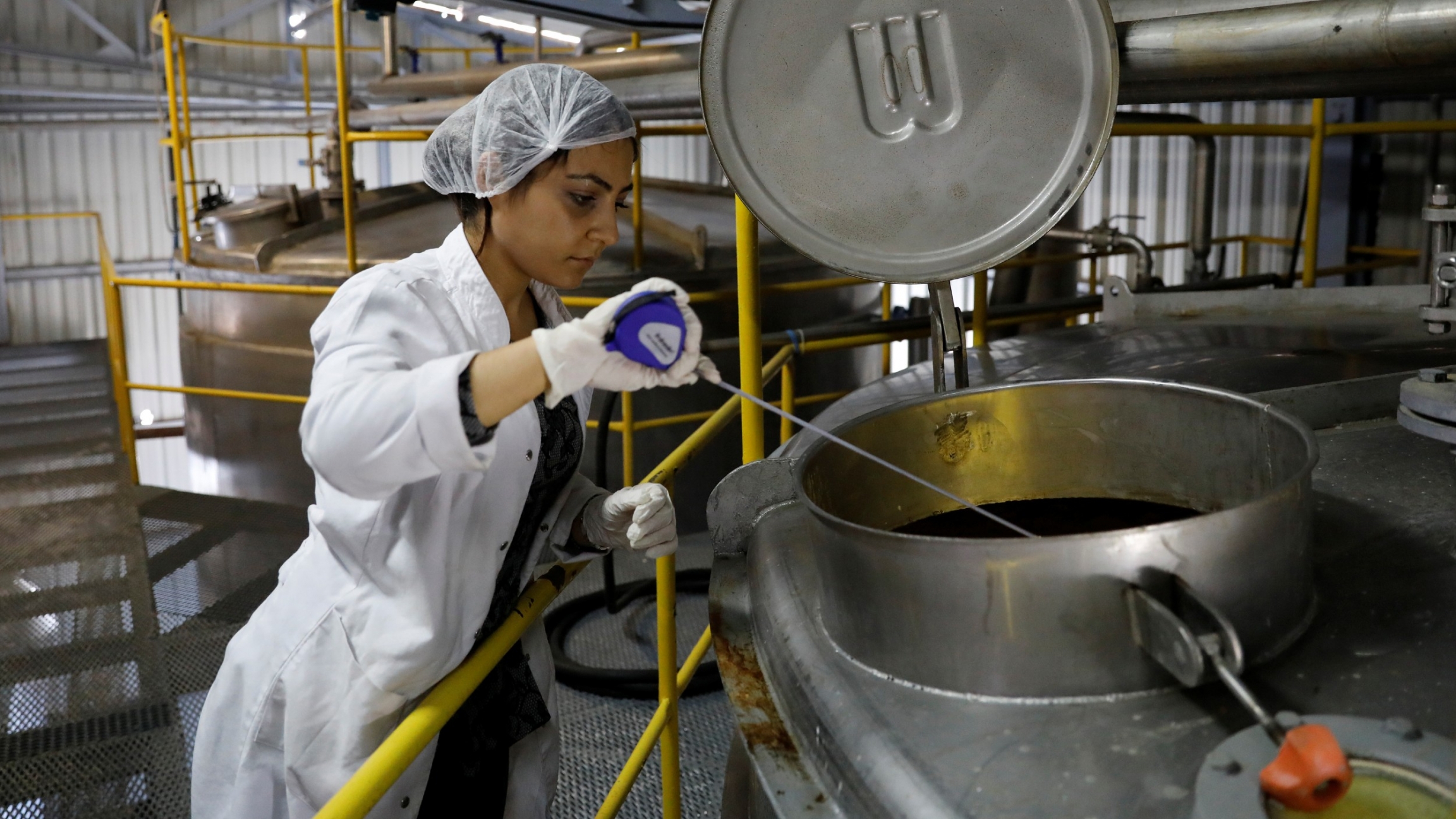 In this file photo, an employee takes a sample from a storage cylinder of Turkey's popular alcoholic drink rakı at the Infotex Alkollu Icecekler plant in the town of Dinar, Turkey, Nov. 30, 2017.

With a tanking economy and public health woes, Turkey is seeing a major uptick in the ingestion of methyl alcohol, which can cause severe injury or death.

The voting power of Latino youth 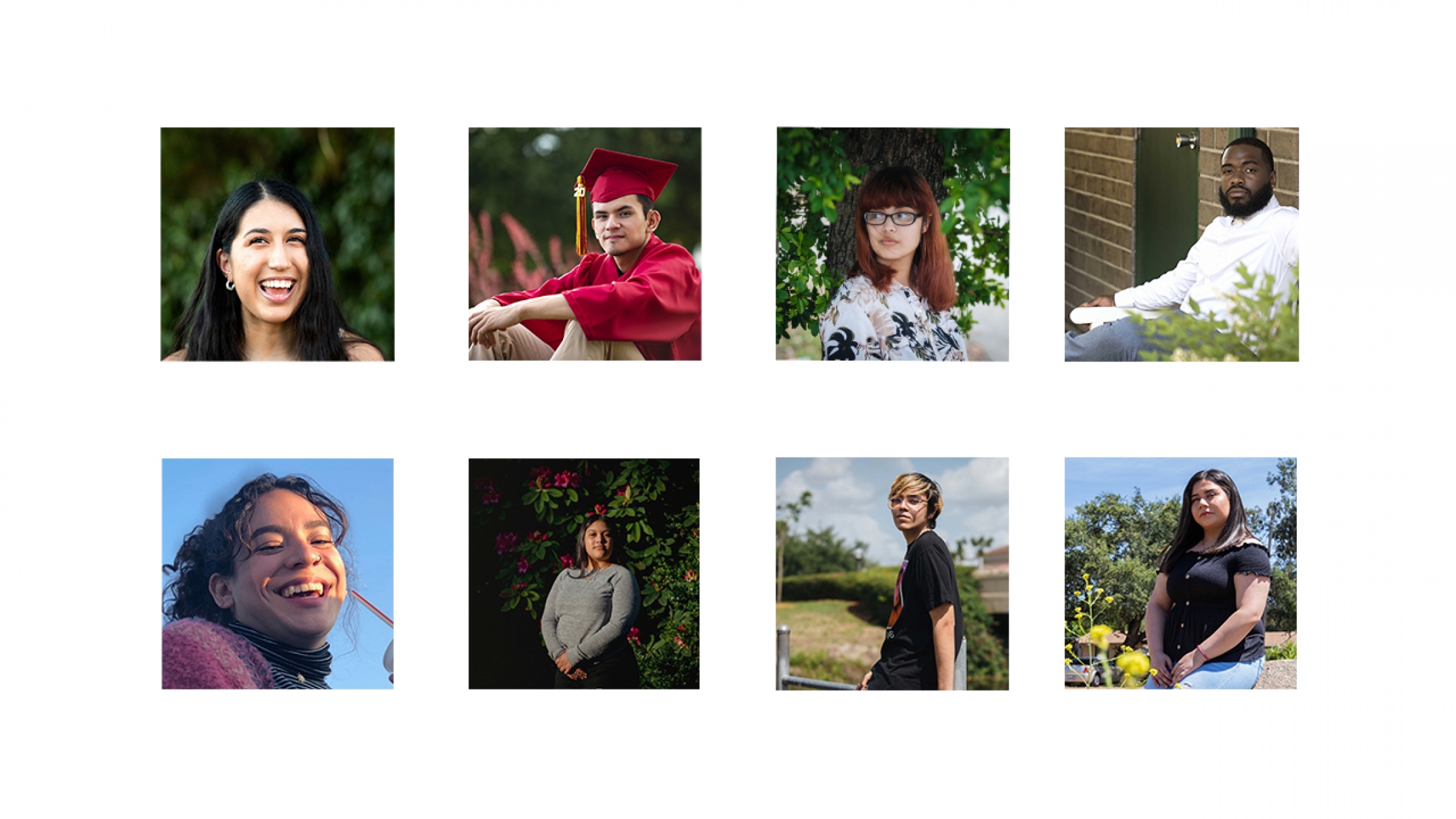 The world’s attention is on the 2020 presidential election in the United States. And this year, there is one particular group that may help decide who wins: Latinos, one of the fastest-growing demographic groups in the US. Approximately every 30 seconds, a Latino in the US turns 18 and becomes eligible to vote.

Young Latino voters have similar priority issues as other young Americans: health care, the economy, climate change and how to afford college, among others. But they also have different interests and concerns tied to their family backgrounds, along with their social and economic statuses. Meet the young Latino voters of "Every 30 Seconds."

As the coronavirus continues to spread around the world, travel is mostly out of reach. But people are desperate to be transported beyond the four walls of their home or office — which is where wildlife photography can come in handy. This year, a whopping 49,000 images were submitted to the Wildlife Photographer of the Year contest. Sergey Gorshkov was announced as the 2020 winner for his stunning image, "The Embrace," which shows a Siberian tiger hugging a large old tree in Russia’s far east.

Wow! Just wow! Sergey Gorshkov wins @NHM_WPY #WPY56 for this super image of an Amur tiger. If only I could show you the full-res picture. The detail, the colour, the light, the texture - it's like an oil painting. https://t.co/c8aw8Njkfh 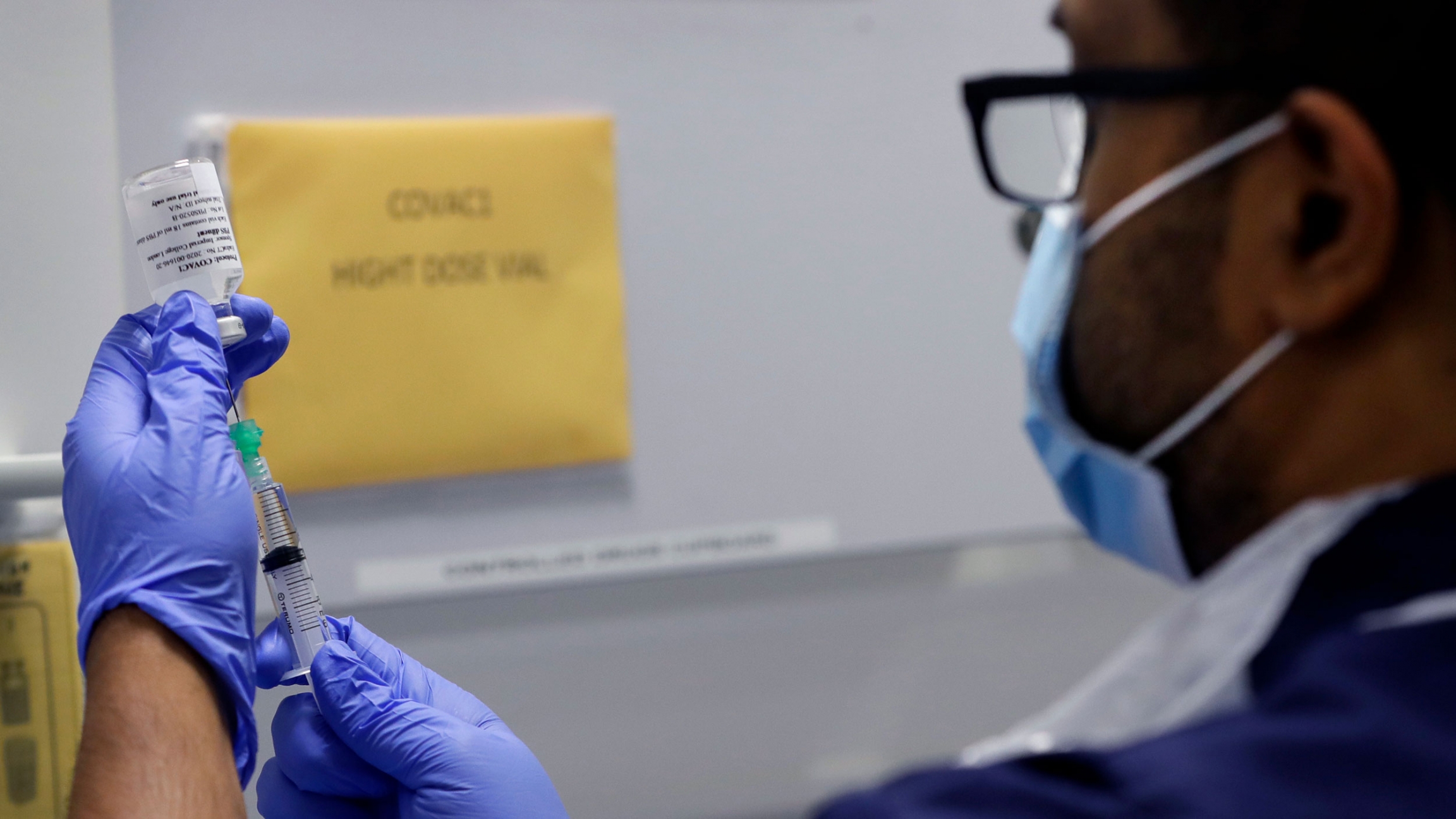 Senior Clinical Research Nurse Ajithkumar Sukumaran prepares the COVID-19 vaccine to administer to a volunteer, at a clinic in London.

The UK government announced today that it is funding the first stage of a human challenge trial for a coronavirus vaccine. And, an international mystery that seems to be ripped from a Cold War spy novel: US diplomats coming down with mysterious brain ailments while posted overseas. But in 2018, this was a reality for dozens of diplomats and spies posted at the US embassy in Cuba. Also, as the coronavirus continues to spread around the world, travel is basically a no-go. But people are desperate to be transported beyond the four walls of their home or office — which is where wildlife photography can come in handy.