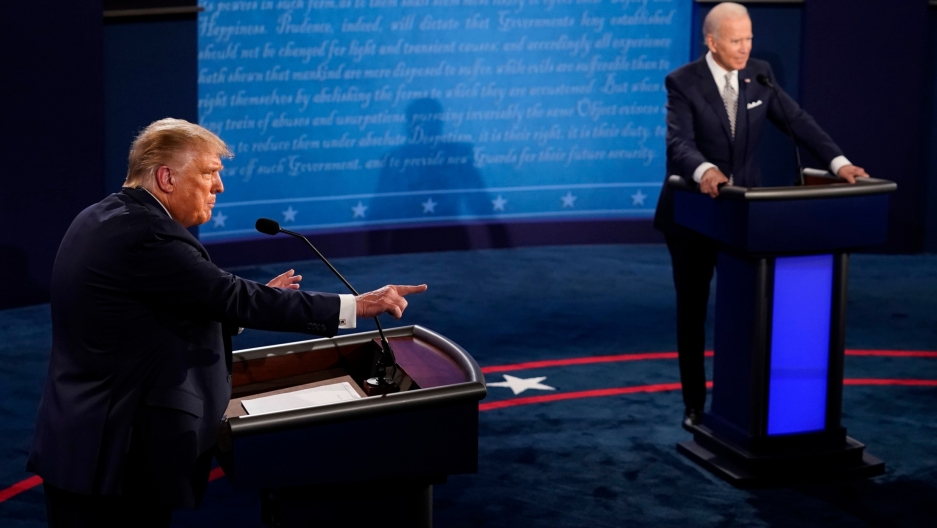 Around the globe, observers of US politics noted after last night’s chaotic presidential debate that Americans are enmeshed in a painful and personal contest to elect the next commander-in-chief. An Australian newspaper editor described the mud slinging as “rancor engulfing America” after an evening in which President Donald Trump and Democratic challenger Joe Biden clashed intensely.

While no one had expected a polite exchange over policy differences between the two men, foreign commentators have remarked how the first of three scheduled presidential debates was such a lowlight in US civil discourse, reflecting the underlying tensions and undeniable importance of a hugely consequential vote for the American public on Nov. 3.

International media called the depressing spectacle a “national humiliation” and a “terrible storm.” But while the unprecedented affair didn’t rattle global markets, some analysts cited growing fears of a significant post-election delay — before final results are tabulated — becoming disruptive and even more destabilizing.

Foreign policy was largely missing from the debate, aside from Biden attacking Trump’s trade war with China and Trump accusing Biden’s son Hunter of profiting off overseas consulting work. The incumbent also repeatedly blamed Beijing for the coronavirus. In the Middle East, debate watchers took delight in Biden’s use of the Arabic phrase “inshallah,” or God willing, in response to Trump’s dubious pledge to release his latest tax returns.

In Kuwait, the new emir, Sheikh Nawaf al-Ahmad al-Sabah, was sworn in Wednesday by parliament as the country prepared to lay to rest his half-brother and late ruler Sheikh Sabah al-Ahmad al-Sabah, who died on Tuesday. The 91-year-old ruled the country starting in 2006 and had been hospitalized in the US since July. The combination of low oil prices and the coronavirus-induced recession have attenuated the Kuwaiti government’s finances. Sheikh Sabah had been actively trying to end the intra-Gulf dispute that has seen Qatar blockaded by Saudia Arabia and its allies since 2017.

And, the UK and Canada imposed sanctions Tuesday on Belarusian President Alexander Lukashenko and seven other government officials, following a disputed election and ruthless crackdown on pro-democracy protesters. British Foreign Secretary Dominic Raab said the aim was to “put pressure on those responsible for repression.” Meanwhile, French President Emmanuel Macron is pushing for EU mediation in the Belarus political crisis, after his meeting in Lithuania with opposition leader Sviatlana Tsikhanouskaya.

Chinese reactions to Trump and Biden are mixed 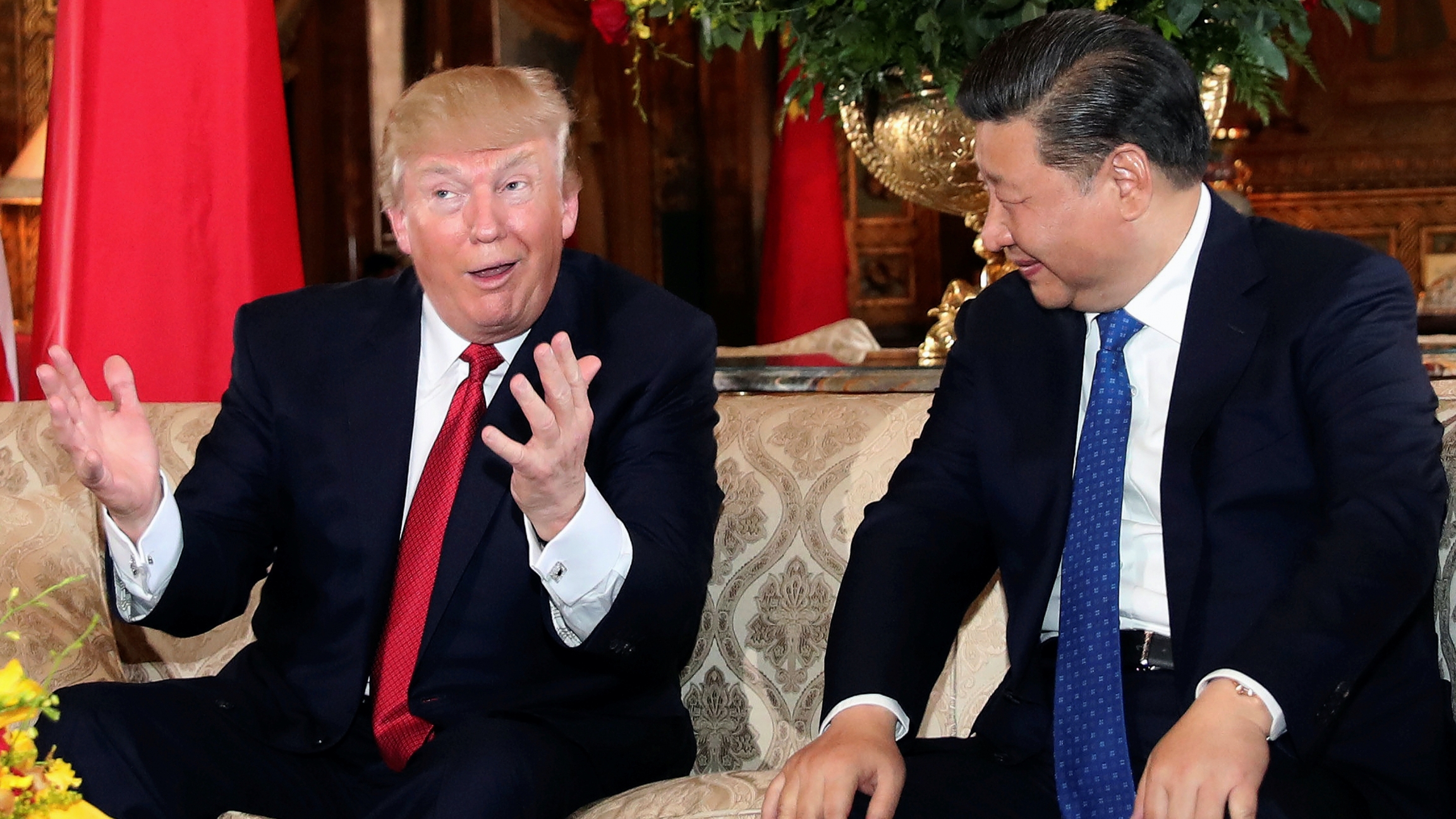 Throughout the presidential campaign, China has been a hot topic as each candidate tries to prove how tough he’ll be on the Chinese government. And the Chinese people are paying close attention.

Here are a handful of thoughts about President Donald Trump and former Vice President Joe Biden from people in China who shared their views with The World just before Tuesday night's chaotic debate. 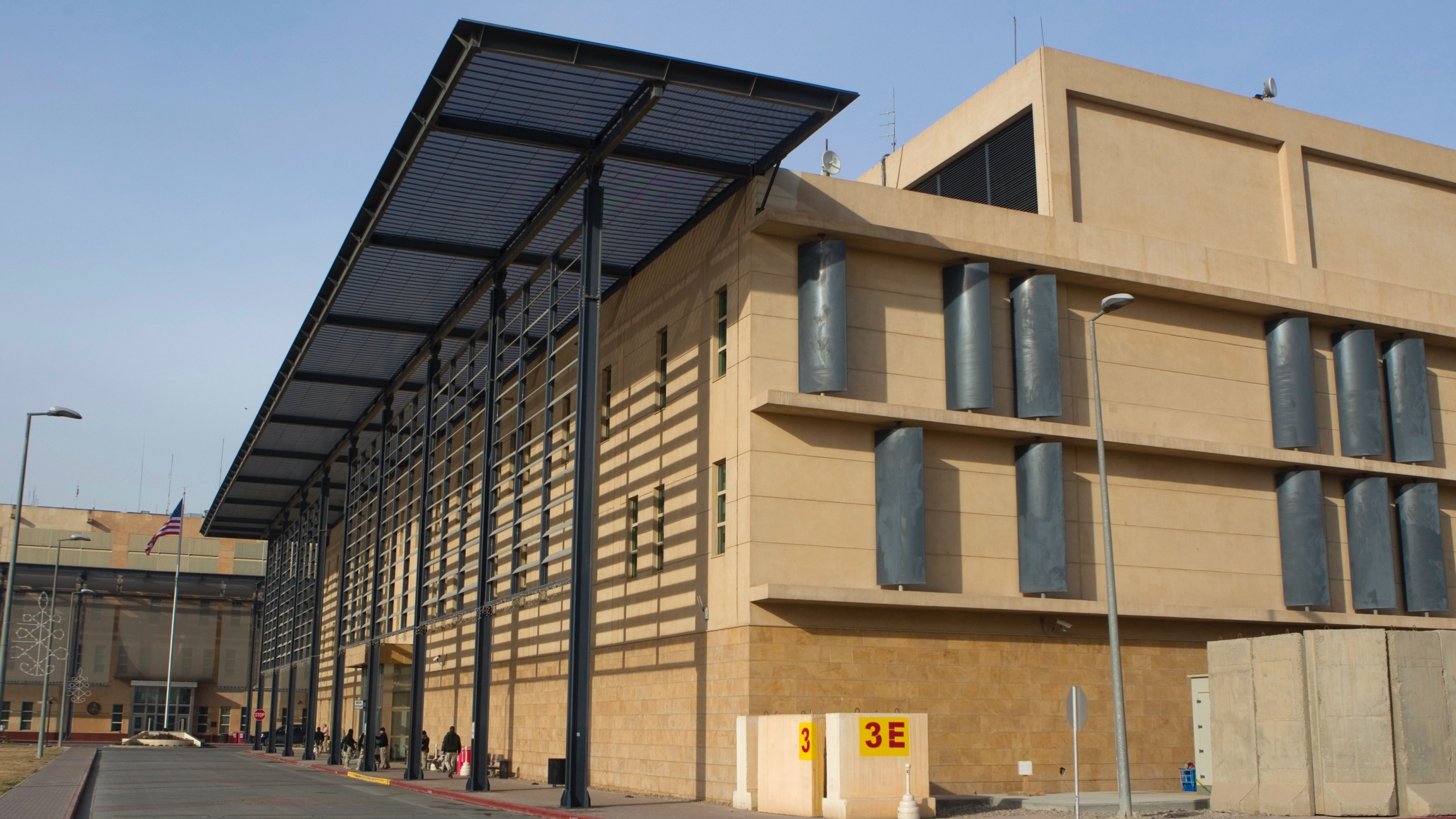 Pedestrians walk past an annex building inside the compound of the US Embassy in Baghdad, Dec. 14, 2011. The compound is located in Baghdad's Green Zone.

When the US Embassy in Baghdad was built in 2009, it became the largest embassy in the world. Now US Secretary of State Mike Pompeo is threatening to shut it down. Iraqi Prime Minister Mustafa al-Kadhimi on Wednesday pledged to protect the foreign mission.

Feisal al-Istrabadi, the former Iraqi ambassador to the United Nations, told The World's Marco Werman that Pompeo's threat comes as a surprise and that al-Kadhimi has taken a number of steps to try to rein in the militias.

"[It] makes the American threat now so ironic that it comes at a time when the government of Iraq is actually doing what it can — which admittedly is not enough," he said.

Sometimes parrots learn swear words from human companions. It's usually funny. But these five gray parrots at Britain's Lincolnshire Wildlife Park took their foul mouths to a whole new level, forcing the zookeeper to split them up. We're sure their reaction was, "F—off!"

“When a parrot tells tells you to ‘f-— off’ it amuses people very highly,” he said Tuesday. “It’s brought a big smile to a really hard year.” https://t.co/yJIVn857U9 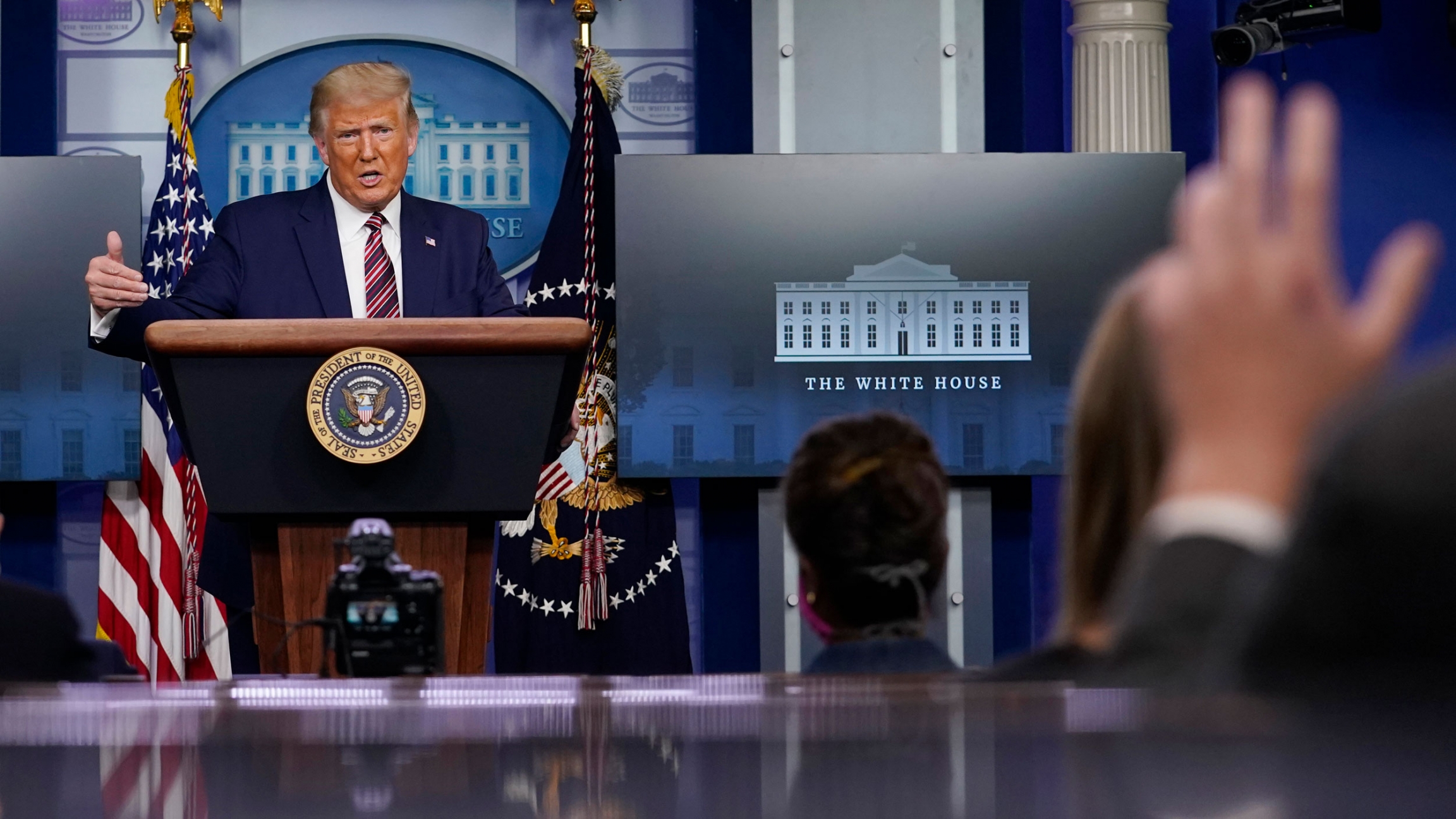 President Donald Trump gestures while speaking during a news conference at the White House, Sept. 27, 2020.

It’s been hard to keep up with the devastating human toll of the coronavirus pandemic. This week, we passed yet another grim milestone: 1 million deaths worldwide. And, how who wins the White House in November could impact people and policies across the world. China will almost certainly come up in tonight's first presidential debate and many Chinese are paying close attention. Also, heading to college this fall was never going to be straightforward. But in Manchester, England, over 1,700 college students have found themselves locked into their residence halls because of a COVID-19 outbreak.