Since the death of Justice Ruth Bader Ginsburg on Friday, there has been an outpouring of recognition for her work fighting for justice in many corners of American society.

Lesser known is how a period of her life spent outside the United States influenced her views on equality for women.

In the early 1960s, Ginsburg traveled to Sweden and learned Swedish to work on a project with a Swedish legal scholar, Anders Bruzelius, on the rules of civil procedure in Europe.

Karin Maria Bruzelius is a former justice on the Supreme Court of Norway and is now at the Scandinavian Institute for Maritime Law at the University of Oslo. She’s also the daughter of Anders Bruzelius. She spoke to The World's host Marco Werman about Ginsburg's legacy and what she learned in Sweden.

Marco Werman: Judge Bruzelius, I’d like to start with your reaction to the news of Justice Ruth Bader Ginsburg's death. What have you been feeling?

Karin Maria Bruzelius: I’ve been feeling a lot of sadness. I had great admiration for her, and she’s played a very important part in my family's life.

In the early 1960s, Ruth Bader Ginsburg traveled to Sweden to work on a research project with your father, Anders Bruzelius. Explain what that project was about. What were they researching?

At Columbia University, they had undertaken to present the rules on civil procedure in several European countries, and Ruth and my father were asked to undertake the Swedish part of the project. ... They started the project in 1961, and they corresponded for a year while Ruth was learning Swedish in New York. They were exchanging views and opinions, and then she came with her daughter Jane...to Lund, in Sweden, where my family lived, and she stayed there for several months that year.

Do you have memories of her from that time?

My memory is of a person who was very serious, who was very eager to do the work, and who was very interested in the way we, in Sweden, arranged the way that women could work.

Interestingly, Ruth Bader Ginsburg spoke some years later and said her “eyes were opened up in Sweden.” For the first time, she saw law school classes where a quarter of the students were women. So, coming from the US, just how surprising would that have been, do you think, to a young Ruth Bader Ginsburg?

It was very surprising. I mean, if you look at her background and her experiences from Harvard and Columbia, women were a minority — and it was a fighting minority. I was studying law in Sweden at that time, and there were not very many equality questions involved in studying law. Also, the society was to a very different degree arranged so that women could marry and continue their studies — all these [things] that Ruth had had to fight for. And also to have children. There were kindergartens or childcare centers where the kids were taken care of. Ruth put her child in one of those during her stay in Lund, and she was very, very pleased with the facilities that were offered.

What other things around the climate around gender politics at that time in Sweden do you think influenced Ruth Bader Ginsburg’s thinking?

I think the state, to a very large extent, engaged itself in facilitating that women were treated equally in many more aspects than there were in the United States.

And talks with my mother, who was a feminist, a very early feminist, and talks in Stockholm, with a Swedish author who was called Eva Moberg, who wrote about the gender issues at that time, also gave her a lot of food for thought.

Related: Women's rights are not explicitly recognized in US

Did Ginsburg have an influence on your own career in the law?

I studied law in New York in 1968, '69. I was more mature by that time and we discussed more of the issues of women’s rights, and she got me to write an article on the situation in Norway a couple of years later.

Of course, her seriousness and her belief in law as a possible tool to obtain goals were transmitted to me, too. So, yes she did have an impact. 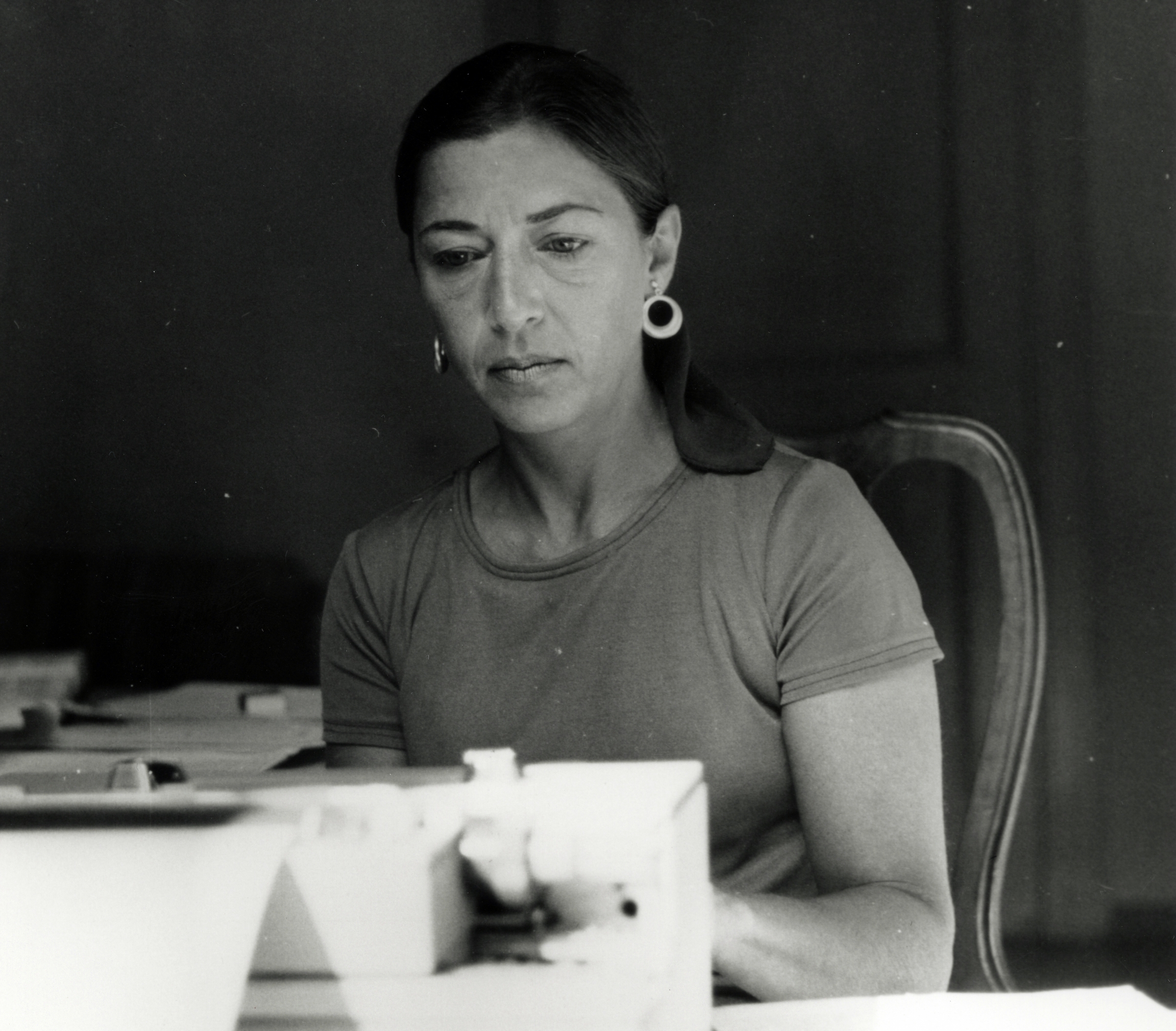 This image provided by the Supreme Court shows Ruth Bader Ginsburg types while on a Rockefeller Foundation fellowship in Italy in 1977.

Collection of the Supreme Court of the United States