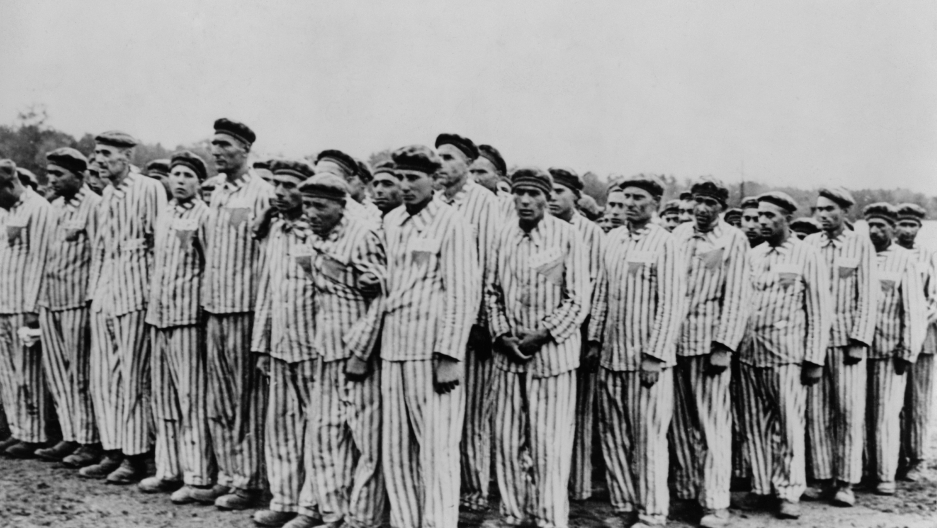 Editor’s note: Jennifer Rich, an assistant professor of sociology at Rowan University in New Jersey, is a Holocaust scholar and director of the Rowan Center for Holocaust and Genocide Studies. Here, Rich explains how the “Never Again Education Act,” which the US House passed overwhelmingly on International Holocaust Remembrance Day in January, aims to make lessons about the Holocaust more prevalent in American schools. President Donald Trump signed the bill into law on June 11, two weeks after the Senate unanimously approved the legislation to provide $10 million in education funding.

1. Why is the ‘Never Again Education Act’ necessary?

Research shows that adults and millennials in the United States have significant gaps in what they know about the Holocaust.

For instance, while 6 million Jews were killed in the Holocaust, 41% of millennials believe the number is 2 million or fewer.

The Never Again Education Act will seek to address these kinds of gaps in knowledge by making Holocaust education a bigger and more important part of education in various middle and high schools across the country. The legislation provides $2 million a year, for five years, to be given to the United States Holocaust Memorial Museum. The museum will distribute the money to various teachers and educational leaders who apply for grants to teach kids about the Holocaust.

Schools without any Holocaust education in place will get top consideration. The museum must also increase digital and print educational resources, do more to help teachers and future schoolteachers become more knowledgeable about the Holocaust and teach it more effectively, and conduct research on the impact of Holocaust education.

History in general is not a tested subject like math, reading and writing. And the subject of the Holocaust itself is often limited, as I found in forthcoming research, to one or two class periods a year — usually as part of a lesson about World War II more broadly.

3. How big a problem is Holocaust denial and distortion?

Holocaust denial rejects the evidence that the Holocaust ever happened. Holocaust distortion minimizes the events that took place. While both have long been present in both American and global conversations, recently these have been at the forefront of discussions in new ways.

4. Why doesn’t the act also deal with other atrocities that took place on US soil?

The short answer is that this proposed law is only intended to improve the quality of Holocaust education, specifically.

A skilled teacher can, and should, make connections between the Holocaust and other genocides and mass atrocities by looking at recurring historical themes including — but not limited to — racism, xenophobia and nationalism. Additional legislation, as well as a hard and honest look at America’s complicated history, would be helpful next steps.

There is some evidence that Holocaust education will reduce anti-Semitism in particular and all kinds of bias in general.

This work may not be easy, but helpful practices include using precise language in classrooms, having a clear set of goals in teaching and using age-appropriate lessons.

This article is republished from The Conversation, a nonprofit news outlet unlocking ideas from scholars, under a Creative Commons license.