If you're blind or a person with low vision, even the most mundane task — things most of us take for granted — can present a major everyday challenge.

An app called Be My Eyes is trying to solve that issue: It allows users with visual impairments to video chat with a sighted volunteer who can help them with a variety of daily tasks like reading thermostats, matching outfits or troubleshooting technology.

The idea emerged back in 2012, when furniture maker Hans Jorgen Wiberg, who is visually impaired, presented the concept at a startup conference in Aarhus, Denmark. At the time, he worked with people with visual impairments, advising them on how to cook.

“I very often heard people say, 'oh, if I just had a pair of eyes, once or twice a day, I could do a whole lot more on my own.'"

“I very often heard people say, 'Oh, if I just had a pair of eyes, once or twice a day, I could do a whole lot more on my own,'” Wiburg told an audience the following year at a TEDx event in Copenhagen.

Since the app launched in 2015, it has taken off. There are now around a quarter-million blind and visually impaired users, and more than 4 million volunteers around the world looking to “be their eyes.”

It works a bit like a ride-share app — users are matched with volunteers who share the same language and convenient time zone. Video calls can be anywhere from 30 seconds to much longer.

“People meet each other and they connect on a human level. ... I joke sometimes that it’s the first truly social network because it’s two people helping each other.”

“People meet each other and they connect on a human level,” said Be My Eyes’ vice president for community, Will Butler. “I joke sometimes that it’s the first truly social network because it’s two people helping each other.” 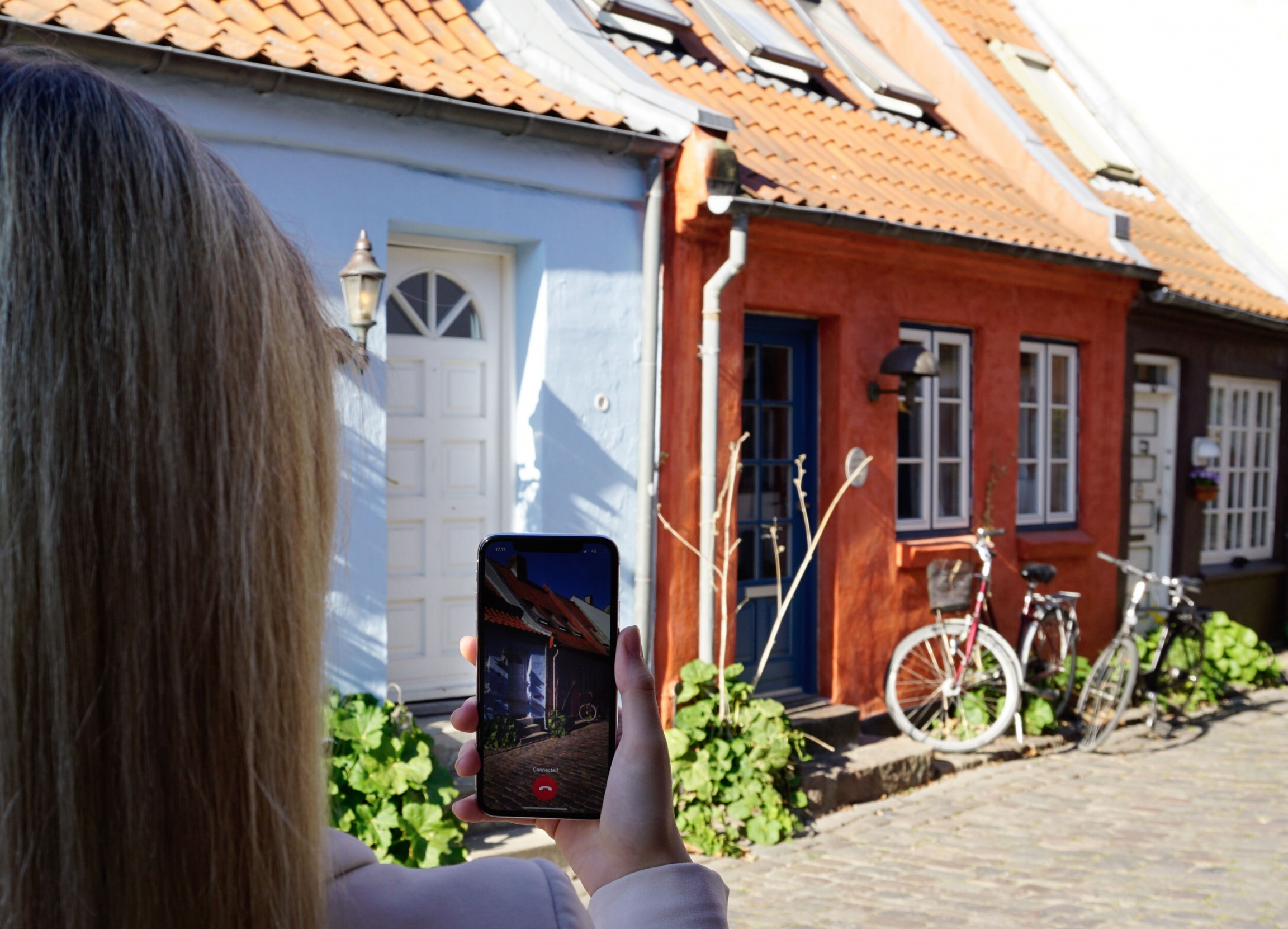 A woman uses Be My Eyes video chat app to connect with a sighted volunteer.

Even though many users need assistance with smaller tasks, some people use the app to navigate through more significant life events.

“[Our volunteers] have helped visually impaired people with everything from simply reading an expiration date to spot-checking a wedding dress before somebody walks down the aisle,” Butler said. “They’ve helped blind people return lost dogs, or find a parent’s grave in a cemetery independently.”

The idea has expanded beyond the app — Be My Eyes is now partnering with companies like Google and Microsoft to provide accessible customer service solutions and human resources software for people with visual impairments. And, the company is also focusing on how to address the challenges that users call in about.

"Pretty much every Be My Eyes call represents something that isn’t designed accessibly," Butler said.